A band called Sobs playing sad music? No shit – except the Singaporean indie pop trio's brand of melancholy comes laden with sticky hooks and lush sweeps of guitar. There's some desperation in Sobs' music, but no despair. Sobs' music lends credence to the argument that the best pop music is undergirded by bleakness even as it is suffused with sunshine.

Sobs – who are Celine Autumn, Jared Lim and Raphael Ong – burst onto the scene last year with their EP Catflap, which gained them a loving listenership in Singapore and around the world. Now, they've returned with their accomplished debut album Telltale Signs, led by an unforgettable eponymous single – at just over 5 minutes, it's the longest song in their brief but burgeoning discography, and the track that points to Sobs' potential, even as they've proved more than adept at threading melancholy and frustration with pop gorgeousness. Fittingly, it is the last song on the record.

We spoke to Sobs about the album ahead of their launch show next week, where they will play the album in its entirety and share the stage with their Middle Class Cigars labelmates Subsonic Eye and a few bands from Indonesia's Kolibri Records. Get your tickets to that, and check out the interview below!

Sobs put out Catflap just last year. Is there continuity between that release and Telltale Signs, or are they two distinctly different releases to you?

Sobs: They’re two distinctly different releases to us especially in terms of the way we approached writing and recording them. We gave things a lot more thought this time, even while writing the demos – where we always had a vision in mind for what it would sound and feel like. We’ve grown a lot over the past year and we want to write music that’s more genuine and intimate, with more depth and in turn longevity compared to the songs on the EP.

Telltale Signs follows a narrative of falling in and out of love in an endless summer. How did this story emerge, tied to the music?

Sobs: Falling in and out of love sometimes feels like a vicious cycle, and that’s how the album plays out too: opening with 'Vacation' – a song about escapism and falling in love, songs like 'Eastbound' depicting an abrupt, painful goodbye; and ending with 'Telltale Signs', a devastating cry for help in the wake of the inevitable end of a relationship, which plants the seed for another escape, leading right back to the sentiments in 'Vacation'.

What about Telltale Signs was the hardest to get right?

Celine: It was difficult to take the step to open up and write from a much more vulnerable state, to put my feelings and experiences into words and melodies. Through the recording process, it was a constant challenge to put myself in the same frame of mind that I had written the song in when there was so much to take note of – wanting to record the perfect take while being genuine with my delivery. It also didn’t help that I was on my period, haha.

Jared and Raphael: We didn’t really have a proper recording setup for really anything at all (aside from drums) so we had to improvise as we went along. It was pretty funny, really. We built a pillow fort around the amp as we recorded guitars in the corner of Raphael’s room with a mic carelessly taped to a tissue box. There were also a couple of issues with plosives when we were recording Celine too so we found a random piece of foam lying around and wrapped it around the mic with a rubber band. We couldn’t have done anything without the help of everyone that was involved in the recording process too – there were times there would be 8 people in the room while the two of us were recording guitars. Much love to Shaun Khiu and the rest of the Middle Class Cigars family. 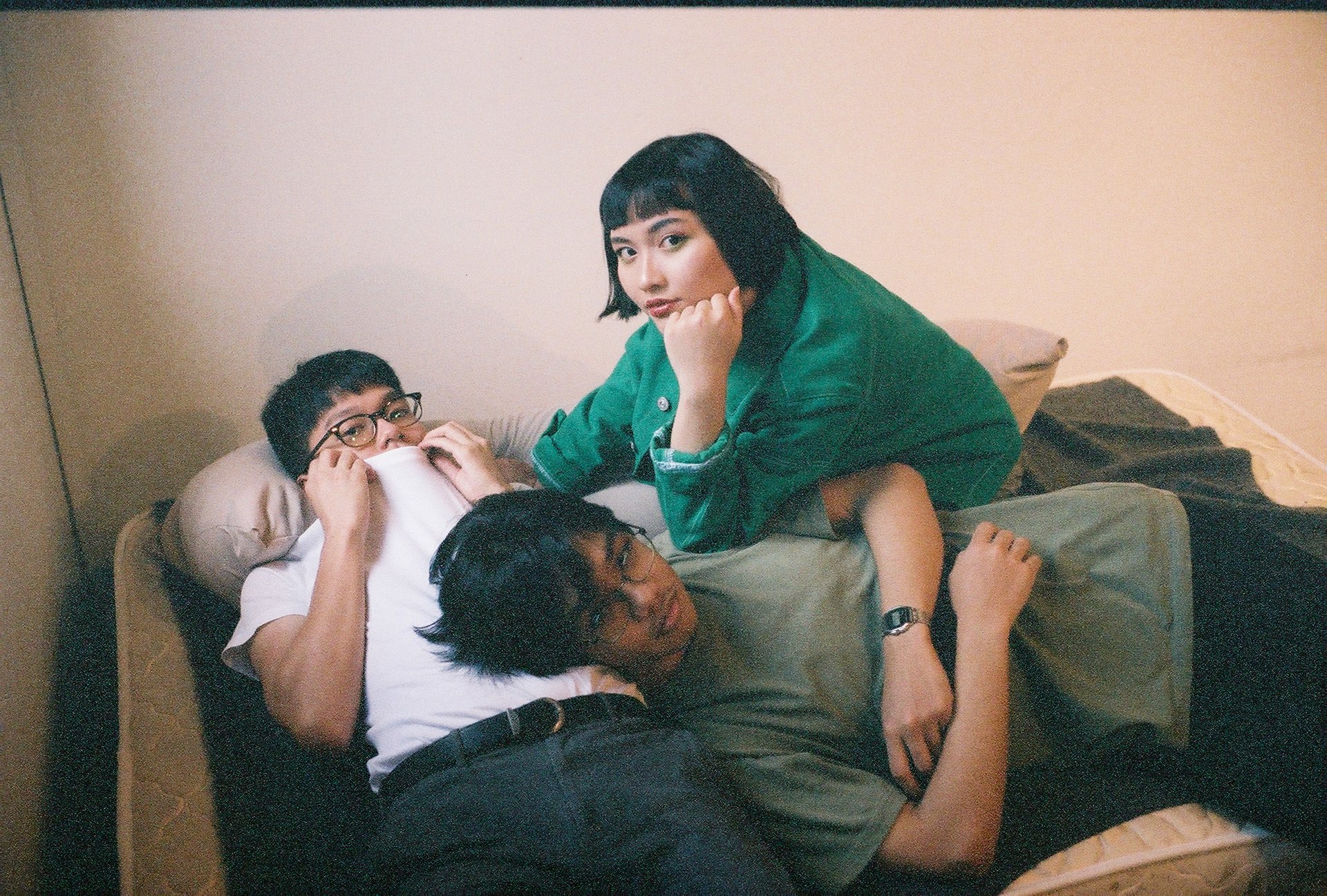 Something distinct about Sobs' songwriting so far is the balance of melancholy in delivery and lyrics against sparkly, sunny sound. What interests you about that contrast?

Celine: I didn’t really go out of the way to write sad music, but what I was feeling at that time found its way into the lyrics.

Jared: I didn’t go out of the way to write sparkly, happy music either – it just happens every single time I write music.

Raphael: I think it really comes naturally to us, as much as we had a vision in mind that didn’t really occur to us. We’re huge fans of pop music too, so perhaps that informs our musicality and how we tend to gravitate towards danceable, sparkly bops. Some songs like 'Telltale Signs' and 'All Poison' move towards heavier, darker undertones sonically, but they’re still Pop Songs at their core.

Were there any films, books or music that informed the way you wrote this album?

Celine: That was the case for the EP – for example, Catflap was inspired by a scene from Skins – but for Telltale Signs there wasn’t much that I directly took influence from. I was listening to a lot of 90s and 90s-inspired rock while writing and recording the album though, so there’s a possibility that some of it might have rubbed off on the melodies I came up with.

Raphael: I was reading Popkiss: The Life and Afterlife of Sarah Records while we were working on the album. I don’t think it necessarily informed how the album sounds though, but it kept me motivated to work harder on releasing the album.

And finally – how do you feel about the album finally being out?

Sobs: We’re excited for people to hear our new album as we’ve grown a lot since our EP!

Stream Telltale Signs by Sobs below:

You can purchase the album in digital and cassette formats, and other merchandise, from Sobs' Bandcamp.