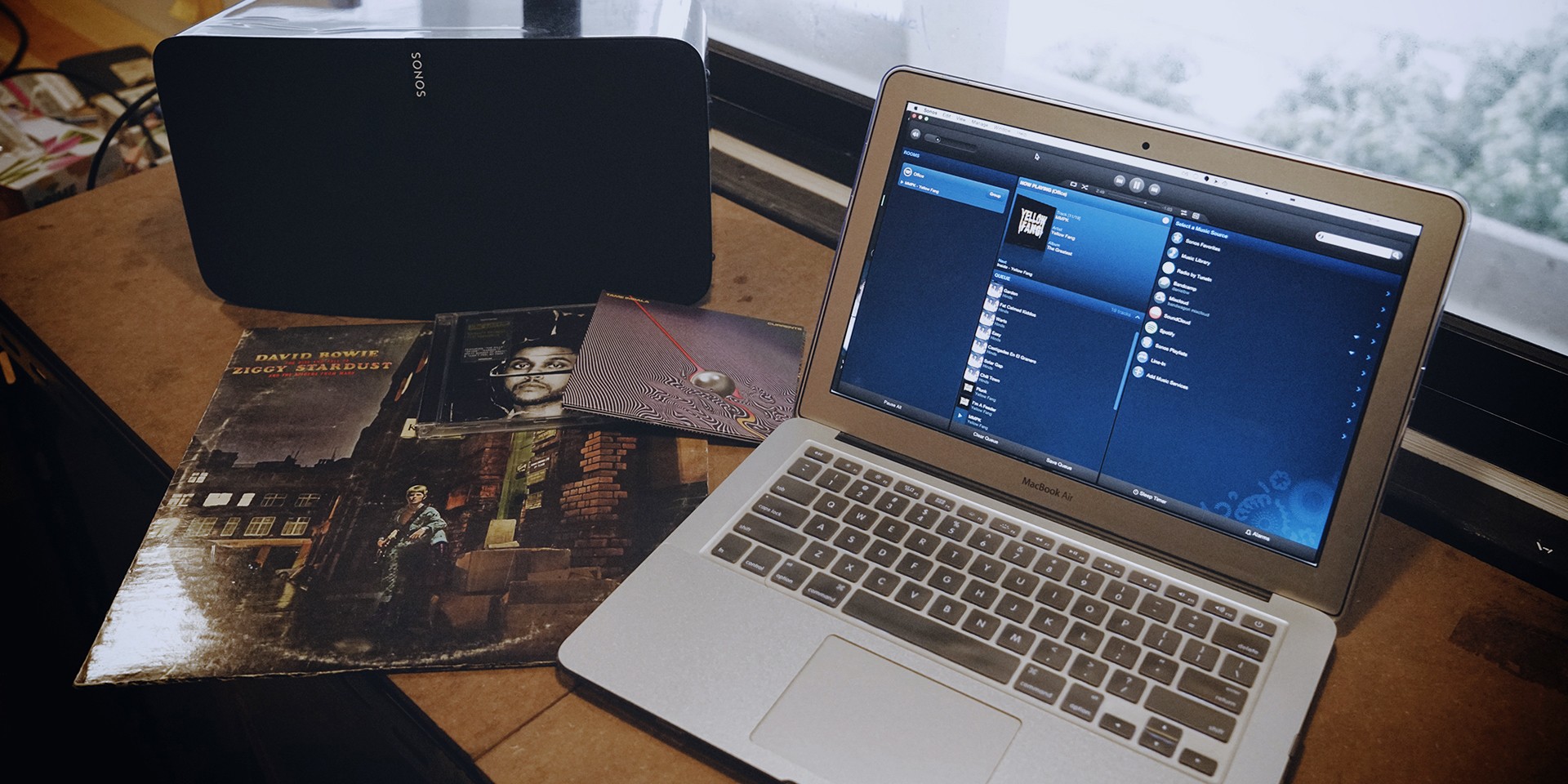 It's pretty common to switch between music services. One streaming giant may suit our needs, but we're also keeping tabs on artists who choose to host their music on different sites — either if it's a tasty deep house edit on SoundCloud, a killer eclectic mix of 60s Asian pop-rock on MixCloud or even an unsigned band whose album you bought or downloaded from Bandcamp. In the digital age, it been decidedly easy to devour new music in abundance from across the globe, but it's also been made tougher to manage them all.

SONOS is a consumer electronics company, and it's also the name of their signature speaker system. We've been thrown at with many special consumer speakers — from the fancy wireless ones that, unfortunately, fall flat with the most sophisticated sub-bass, to the sleek audiophile-branded ones that scare our wallets away. With their newest flagship Play:5 speaker, they promise an incredibly integrated and studio-quality listening experience. So what does that mean?

So let's turn back a bit to analyze the essence of SONOS' appeal. The app that they provide is the mothership and home base for anything you'd like to jam on their speakers. It's decked out with a metallic blue interface, with an aesthetic that bring to mind days of custom Winamp skins. This isn't an entirely bad thing, but it could have turned out a lot sleeker.

The app allows you to construct a playlist through a user-created group, one that allows people, using different laptops in the same environment (office, home etc.) to contribute songs. The shared experience of building a never-ending playlist is a fun activity in itself — and just how many times we've snuck in 'Never Gonna Give You Up' or a Death Grips song during a heartfelt marathon of indie ballads, we've lost count. 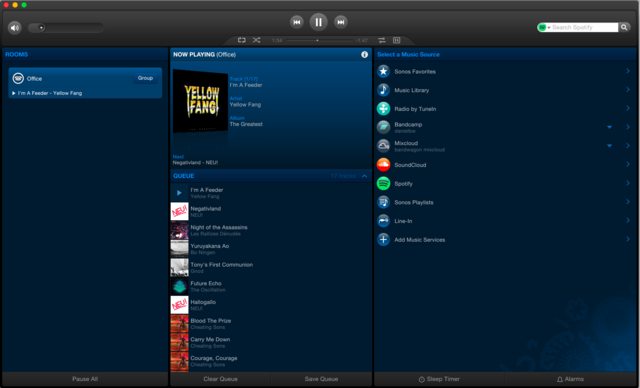 The real trick of this app lies in its support of plug-ins. The app relies on its own integrated set of plug-ins that connect to various music services. The music is streamed to the speakers over a wi-fi connection, instead of a regular line-in or even Bluetooth. While this means you're unable to play music from YouTube, this frees up any laptop over the responsibility of being the resident DJ — you're free to configure the playlist while you're doing your own personal listening with your iTunes library with your headphones.

So what plug-ins are available? This is, undoubtedly, the coolest part. Sonos allows plugin support for various major music services — Spotify, SoundCloud, Mixcloud, Deezer, your MP3 library, or even your online Bandcamp collection (although the latter is still in beta testing). This means that you're able to put in music from all these services and more into the same playlist. So while you're jamming the latest Jackmaster mix from Soundcloud, you can queue up singles from your library or an album from Spotify right after. With the ample compatibility, you're also able to stream your lossless files, either FLAC or ALAC, to take advantage of your speaker's fidelity capabilities.

While this multi-service feature is astounding, the streaming services tend to err on playback sometimes — songs would be skipped on randomly. But the speed of streaming on this SONOS app remarkably stands shoulder-to-shoulder with the official Spotify app.

So with the app comes with a range of speakers by SONOS. We've tested out their new top-of-the-line PLAY:5 speaker, a gem of a consumer-grade speaker that rattles and stuns with its remarkable clarity and refined bass control — all from one speaker.

The speaker operates through Wi-Fi, so you'll need to have a stable internet speed — one that'll ensure a quick connection between your laptop and the SONOS app, and when you're streaming from the various online services. Volume is plentiful so we've been finding ourselves keeping toward the lower half of the volume bar. The SONOS PLAY:5 is built with six synchronized, custom-designed drivers, reportedly capable to produce a low-end as deep as 27Hz. 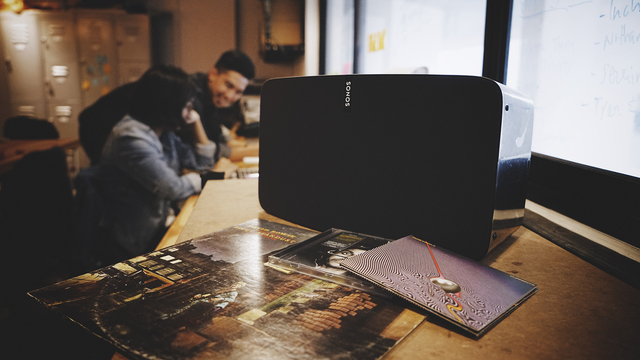 While we're generally reckless when it comes to blasting our music, the detail and amplification from a low volume level have left us satisfied when we blast anything from Cheating Sons to Future. But for more serious audiophiles, the speaker only performs well within expectations from a consumer-grade product — albeit an impressive one — and it has a highly coloured sound signature that might push away listeners who prefer a flatter sound to tweak manually.

However, with the speaker's Trueplay tuning — which allows the speaker to customize its performance based on its varying environment — could possibly be a suitable bypass, but the software has a basic EQ function for further customization

While its musical and pleasing sound signature may not be suitable for more discerning folks, the Sonos Play:5 delivers a powerhouse of performance, with sparkling highs, creamy mids and accurate sub-bass. Best suited for an office environment or a spacious household, the Play:5 will serve well for a music-friendly environment.

The SONOS PLAY:5 is distributed by Tat Chuan Acoustic, retailing at SG$999. Here's what else SONOS has to offer.