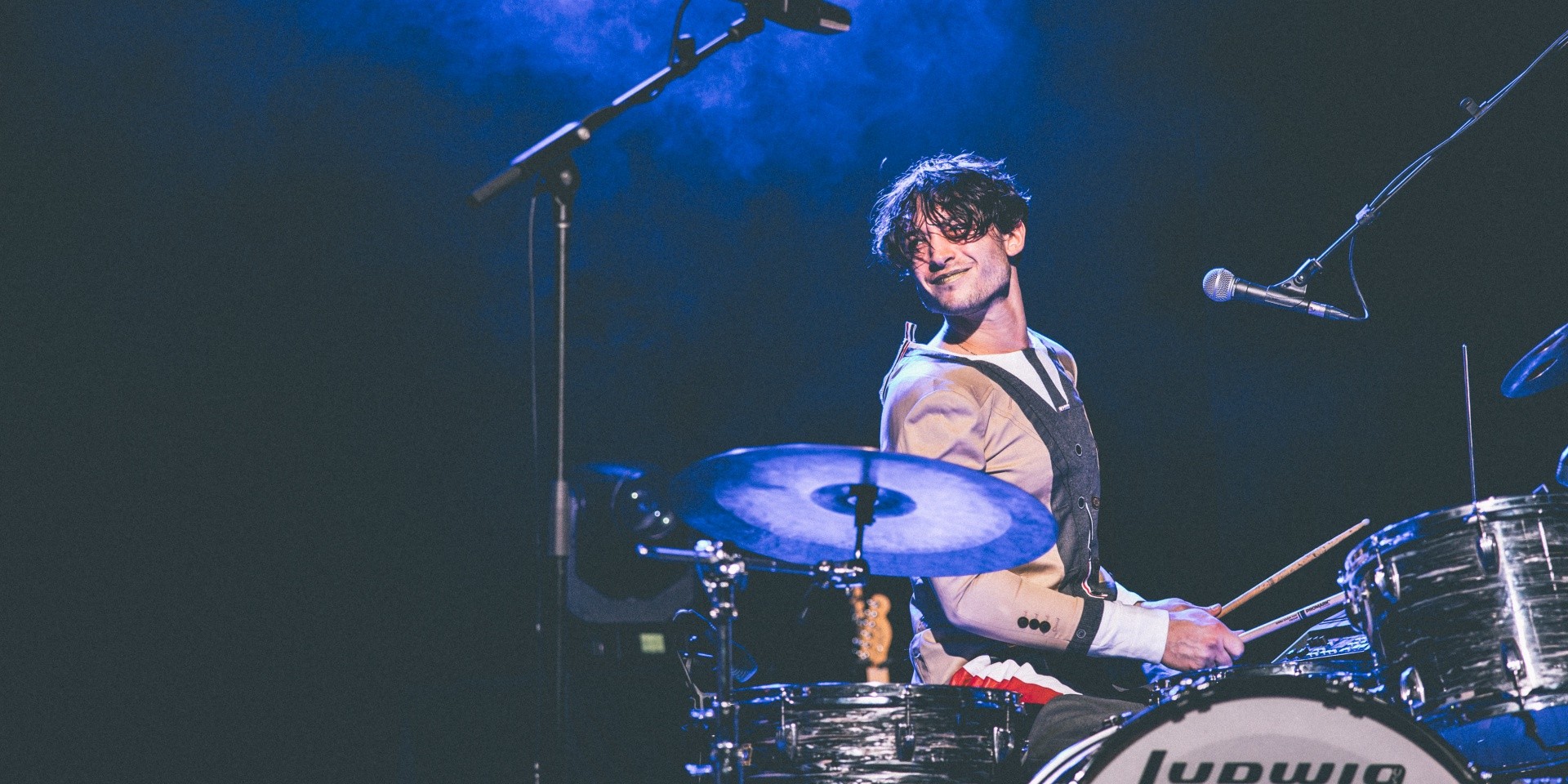 Sons of an Illustrious Father is not a name one would find on American Top 40 or be played on loop on your regular radio hits. That’s not saying that it wouldn’t triumph on the mainstream charts, but for one to first encounter it may comprise of an experience a little more unique than most – and that’s not just because of its most famous member. Ezra Miller was the first to step onto the illuminated set, his tousled hair covering his eyes, flashing the crowd a grin framed by his pearl blue lipstick-clad lips. Lilah Larson and Josh Aubin followed closely after, with all three of them wearing matching garbs of a pseudo suit courtesy of Thom Browne. The band, who describes its sound as “genre queer” and a voice for the queer or for those in likeness, made its debut in Singapore at *Scape’s Ground Theatre on Thursday night. This was the band’s second stop of their worldwide tour this year, making its way through Asia and Europe, before wrapping up in North America at the end of July. 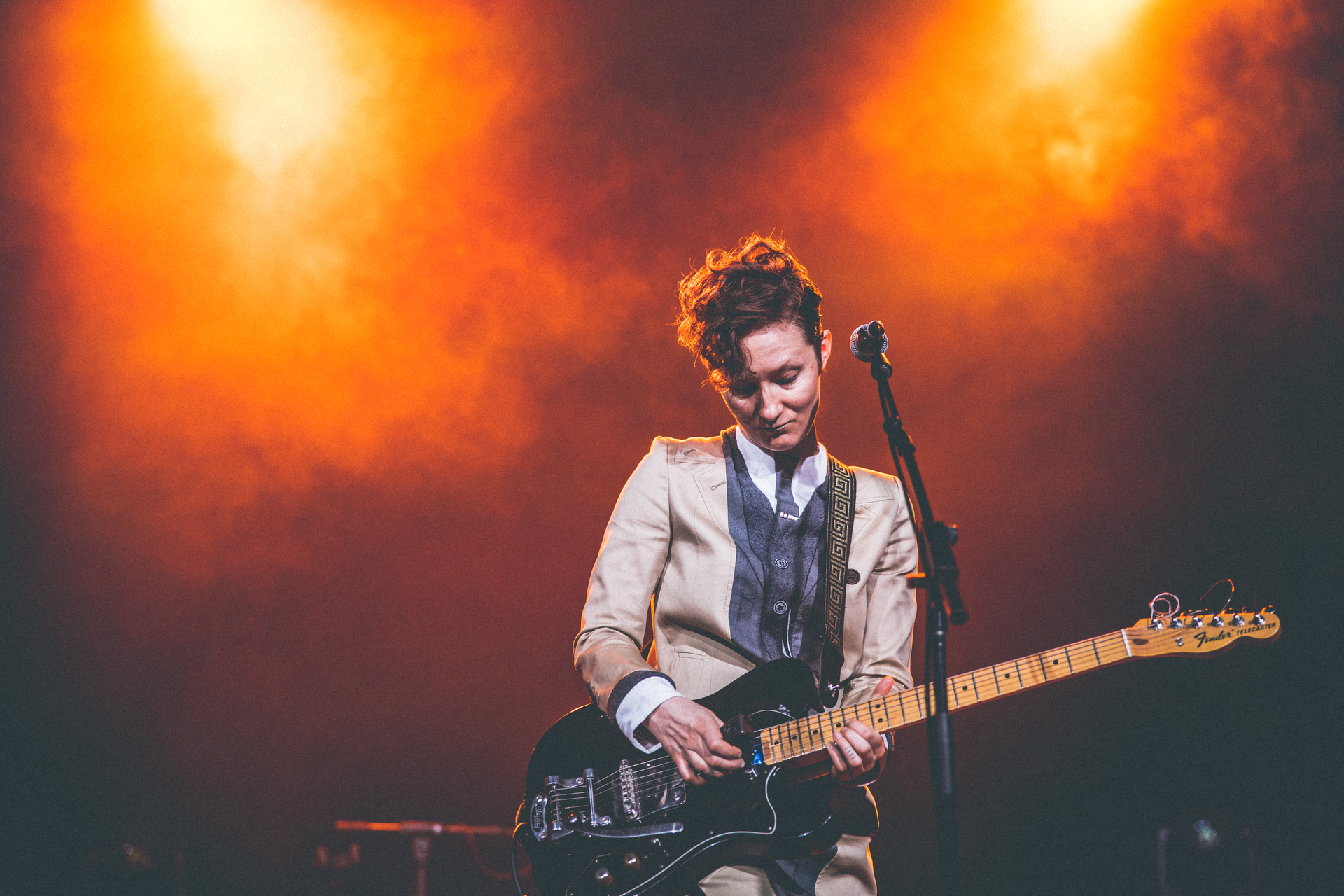 The 60-minute set was an experiential musical journey that was free-spirited yet with purpose; it commanded the flow of the show with its strong emotional presence and skilled musicality, while injecting small exchanges with the audience in between songs. Miller belted out the words to 'Tendrils' with extreme passion that was visible from the red pulsating veins in his neck, while Larson’s harmonious vocals trumped the atmosphere to 'When Things Fall Apart'. The band also played crowd favourites like 'Extraordinary Rendition' and 'History', including serenading the fanatics with 'Loveletting'. 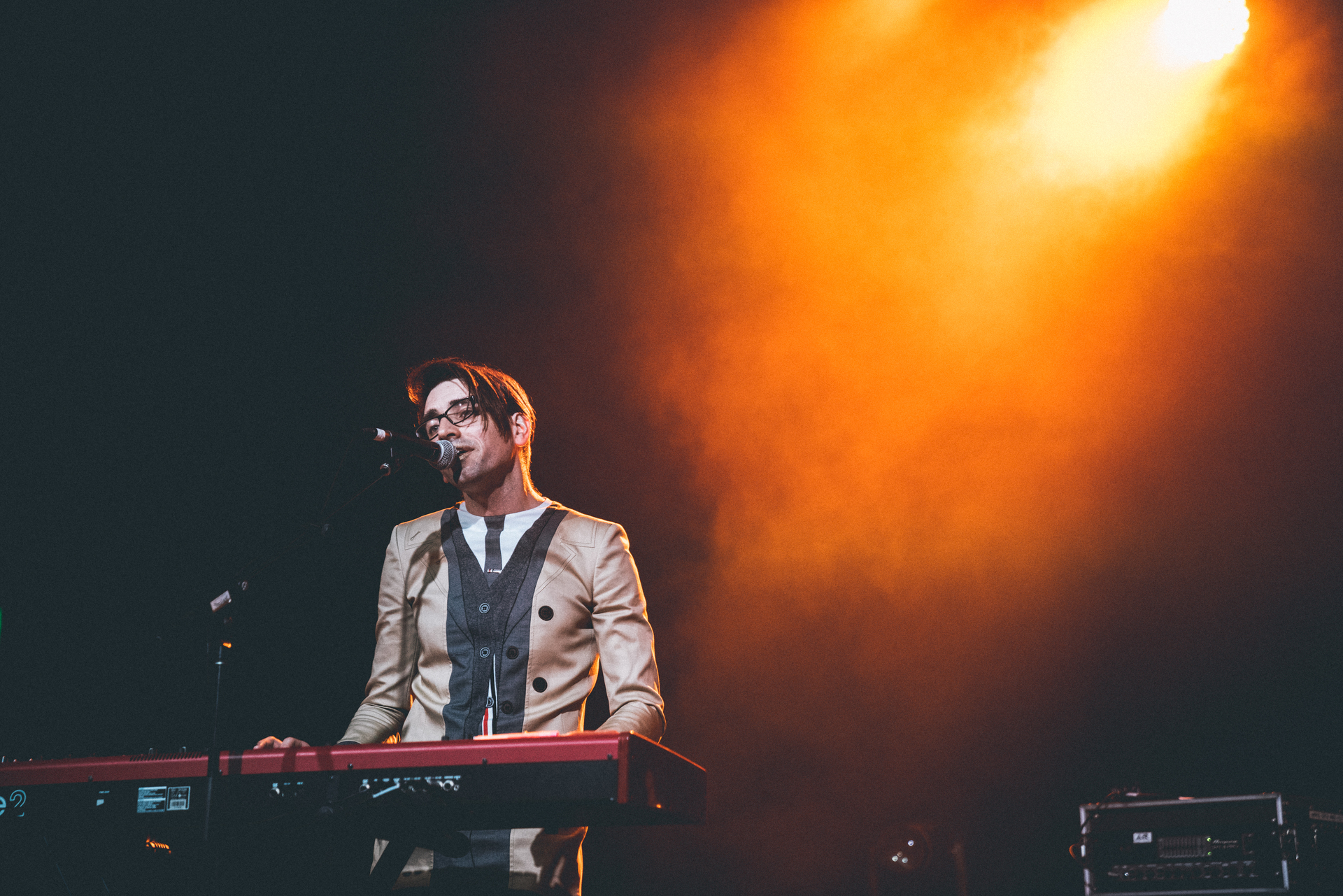 The band’s name, while a mouthful to say, strengthens their identity with its unique sound and style. Miller is more well known for his acting career, having acted opposite Tilda Swinton in We Need to Talk About Kevin, graced the silver screen in The Perks of Being A Wallflower, and acted in feature films such as the Justice League and the Fantastic Beasts movies. Needless to say, his filmography is an extensive one. But his venture into music is not something he merely dabbles in. He’s been long-time friends with fellow member Larson since high school and like every coming-of-age band story, the group has come a long way since their beginnings in someone’s garage. The first self-released album, One Body, was in 2011, and since then, the group has attuned its sound in line with the messages of today: Self-love, sexuality, and existential crisis.

From song to song, the trio moved about on set seamlessly as peaceful as a game of musical chairs can get; Josh Aubin on vocals, bass, and keyboard, Lilah Larson on vocals, guitar, and drums, and Ezra Miller on vocals, drums, and keyboard. At the halfway mark, they switched it up to perform an A capella cover of Nirvana’s 'All Apologies', before returning to their instruments to pull another cover of Pussycat Doll’s 'Don’t Cha'. In the period of silence while the members were switching spots again, a member from the crowd piped up, “That was so f***ing awesome!” Those words of affirmation brought a smile to their exhausted faces. 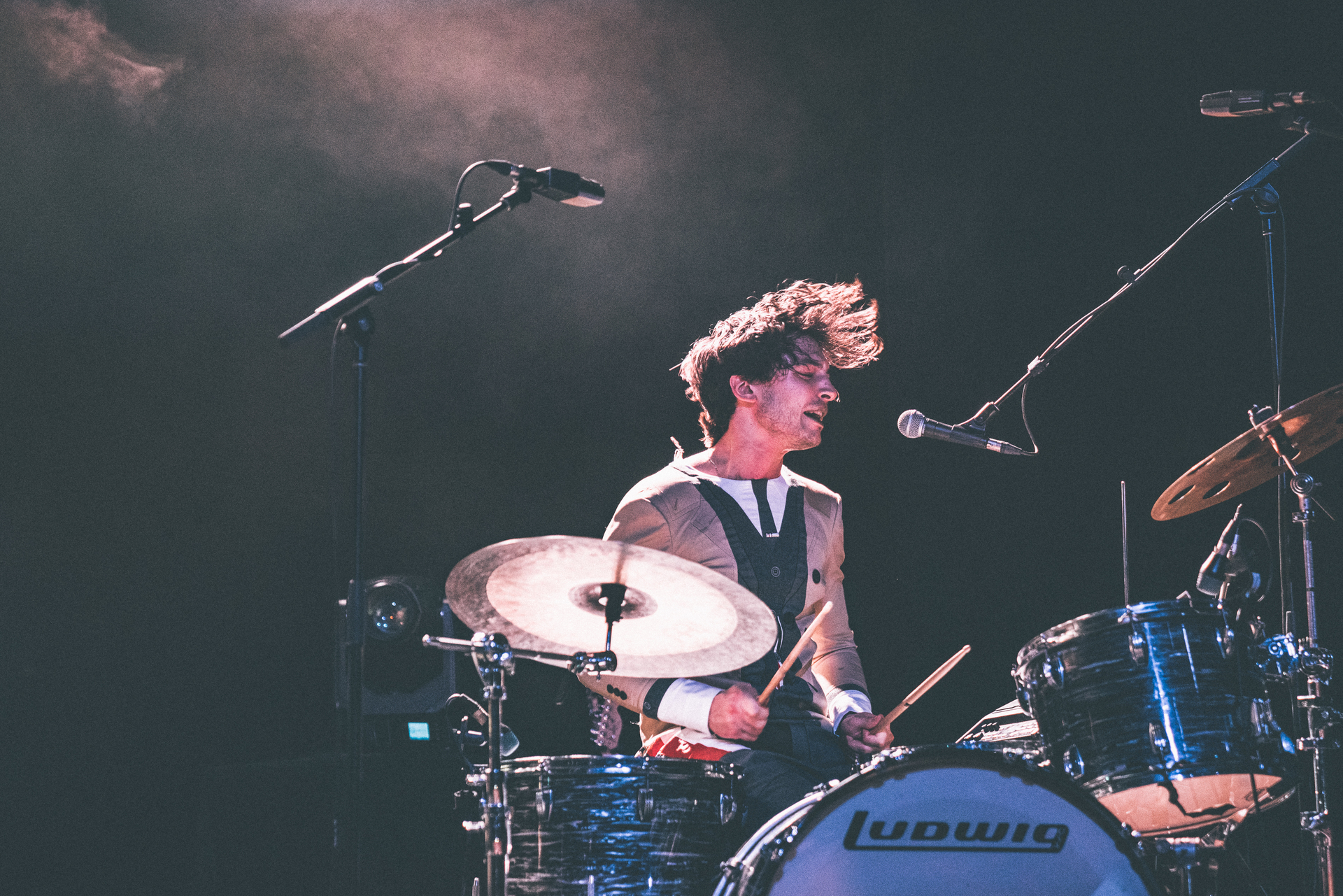 The night wrapped up with the celebratory anthem of 'U.S. Gay', a song that pays homage to the victims who were attacked and shot dead in the Pulse nightclub shooting in Orlando in 2016. The trio then returned for an encore appearance with its self-titled single 'Sons of an Illustrious Father'. In bidding the crowd goodnight, Miller addressed the crowd with a few words of thanks. “Thank you for coming out tonight. It’s been awesome. We would love to come to Singapore again.”

Special thanks to Live Nation Singapore and Adapt for the invite.