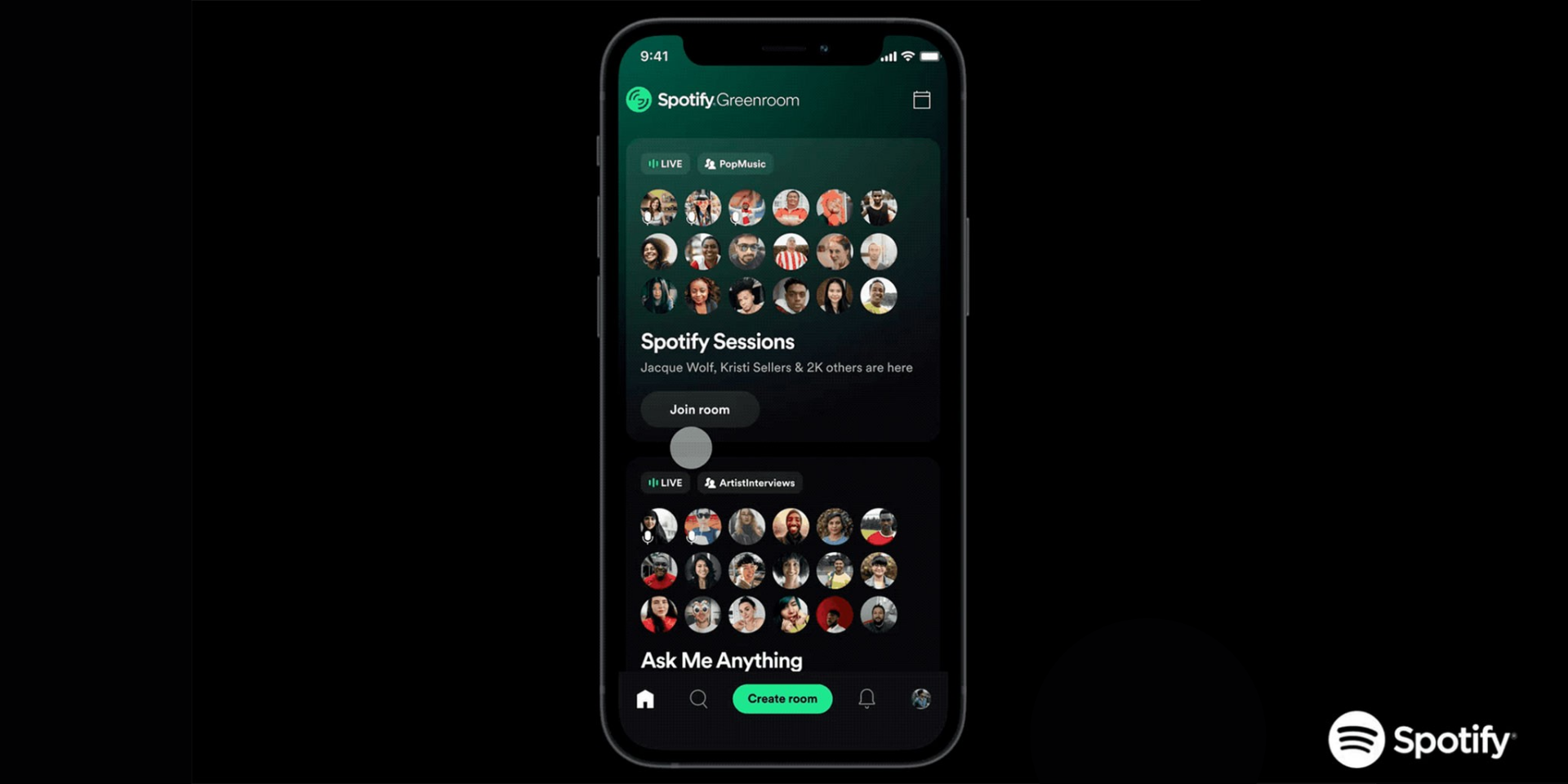 Similar to that of an actual green room before and after a show, the streaming service's new app is a live social audio service that allows users to hosts conversations about music, culture, and sports. It officially launched on 17 June on iOS and Android devices. 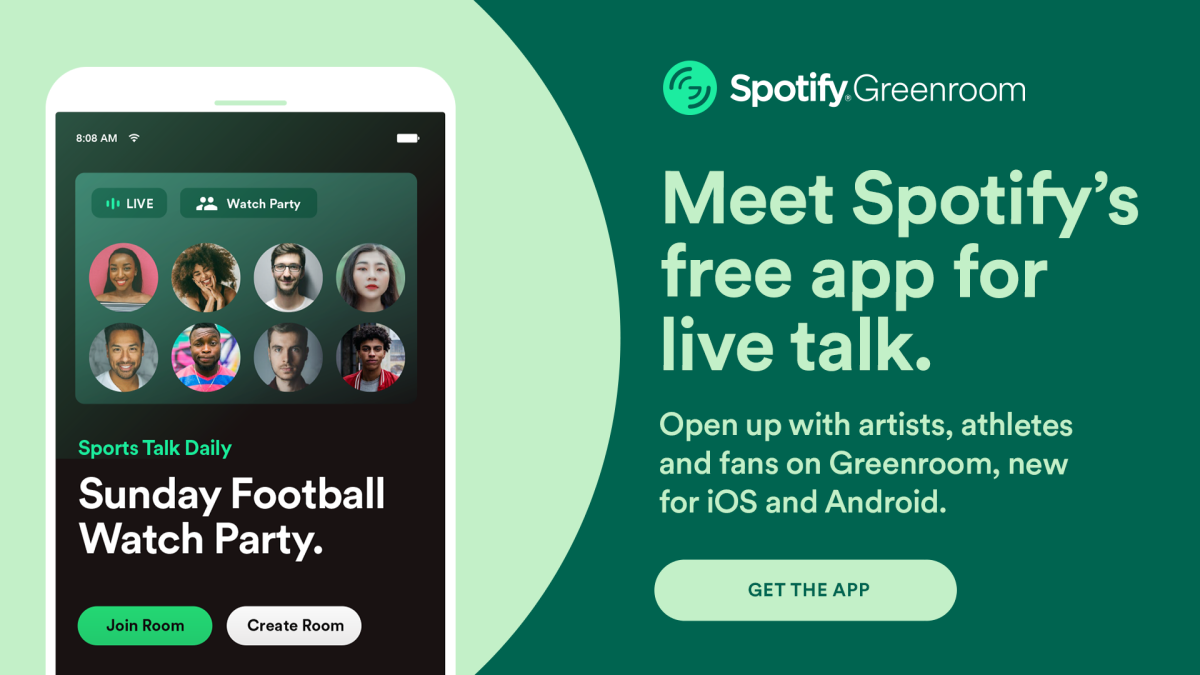 Greenroom comes after Spotify's acquisition of Betty Labs, the company behind a similar sports-centred app called Locker Room last March. Using the same technology and idea, Greenroom encourages users to gather and share their insights, knowledge, and thoughts on various topics through virtual rooms that anyone can tune into.

Users will also be able to turn their conversations into podcasts and distribute them on Spotify.

Other notable features on Greenroom include a live chat and a "gem" system that allows listeners to applaud a host giving them "gems". Many speculate that "gems" will possibly turn into a monetization system for users in the app's coming future.

There will also be moderation measures in place, in an attempt to curb possible toxicity and abuse during live sessions. Sessions will be recorded and can be referred to by Spotify if users report any malicious behaviour.

It's the start of a new quarter.

Welcome to Greenroom, a new live audio experience from @Spotify. Chat about the latest music releases, sports hot takes, need-to-know moments in culture, and anything in between. Drop-in and take the mic 🎤 https://t.co/UcyesnymJu pic.twitter.com/VpZSm8E8d8

According to Spotify, Greenroom has an immensely bright future with varied features and programmes awaiting to be added to the app.

In an official press release by Spotify, the team says, "The Greenroom offering will continue to evolve as we learn more about what creators and listeners want from their live audio experience. We’ll also bring exciting new programming to the platform spanning music, culture, and entertainment topics in addition to the sports content Locker Room have been known for." 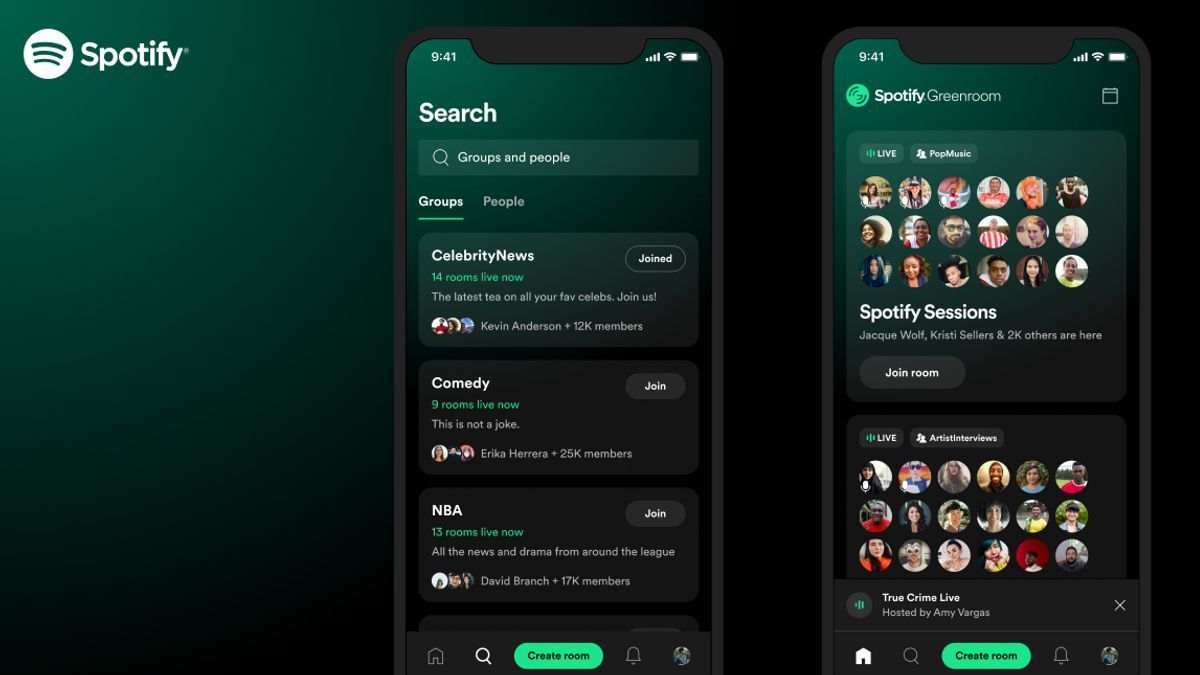 In conjunction with Greenroom, Spotify also announced the upcoming launch of a new creator fund which will help Greenroom audio creators from the US monetise their work. More details on the creator fund are expected to be announced soon but interested users can fill up a sign-up form ahead of its launch this summer.

Greenroom comes as the latest live audio apps including Twitter Spaces and Clubhouse.