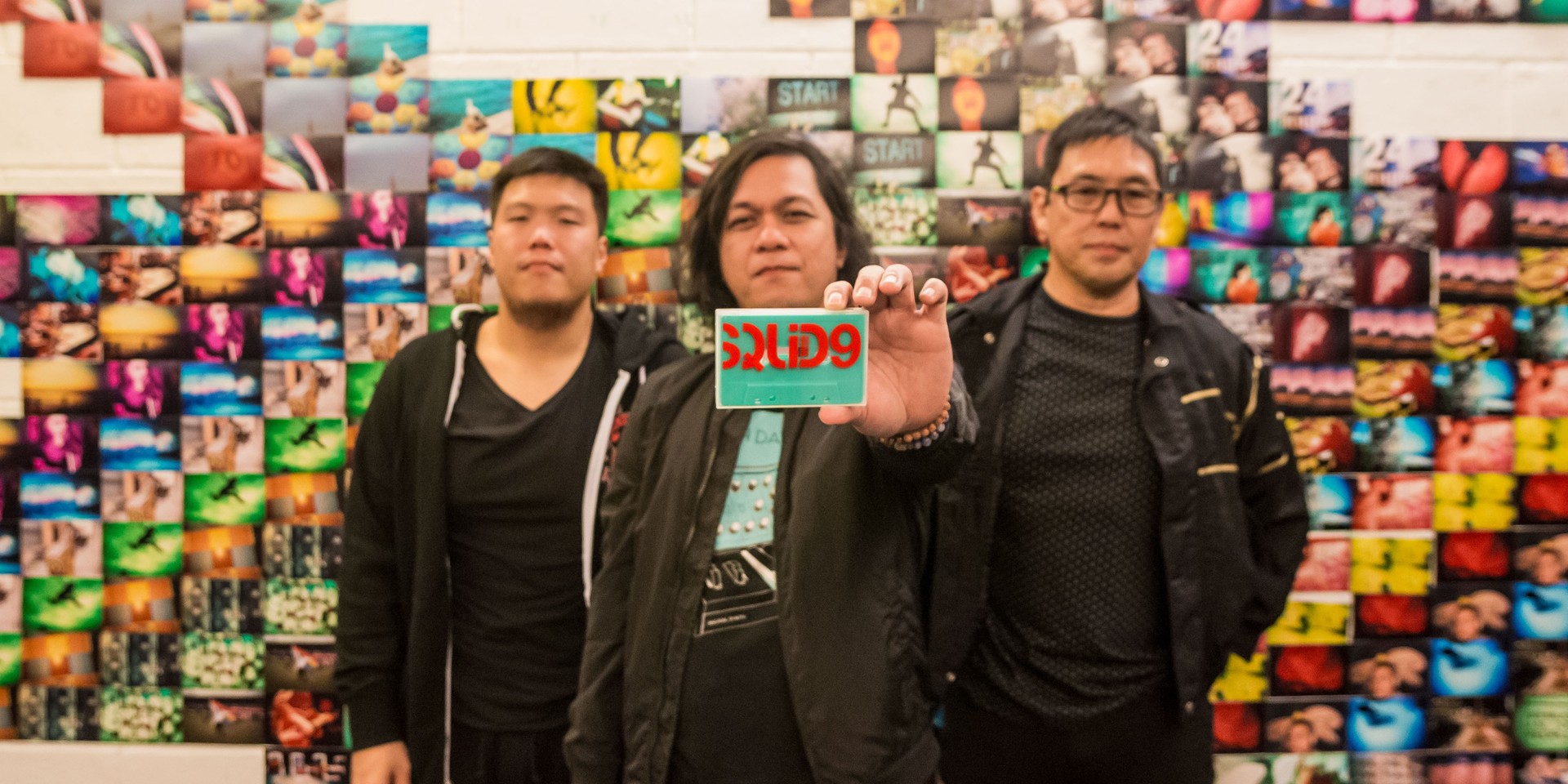 Earlier this year, Raymund Marasigan shared a video teaser for SQUID9's new album, Circuit Shorts. SQUID9, Marasigan's electronic project, is set to release the new album this September. For the follow-up to 2016's Weld,  Marasigan has enlisted the services of frequent SQUID9 collaborator and sound engineer Shinji Tanaka, as well as For You Insidious's Daren Lim (also the co-founder of D&D Guitars).

Bandwagon sat down with the trio at the Circuit Shorts album listening party held last Tuesday (09/18) at Post Gallery in Cubao X as they shared the stories behind the making of the album, the importance of physical music formats, and setting parameters for themselves in a world of endless choices and possibilities. 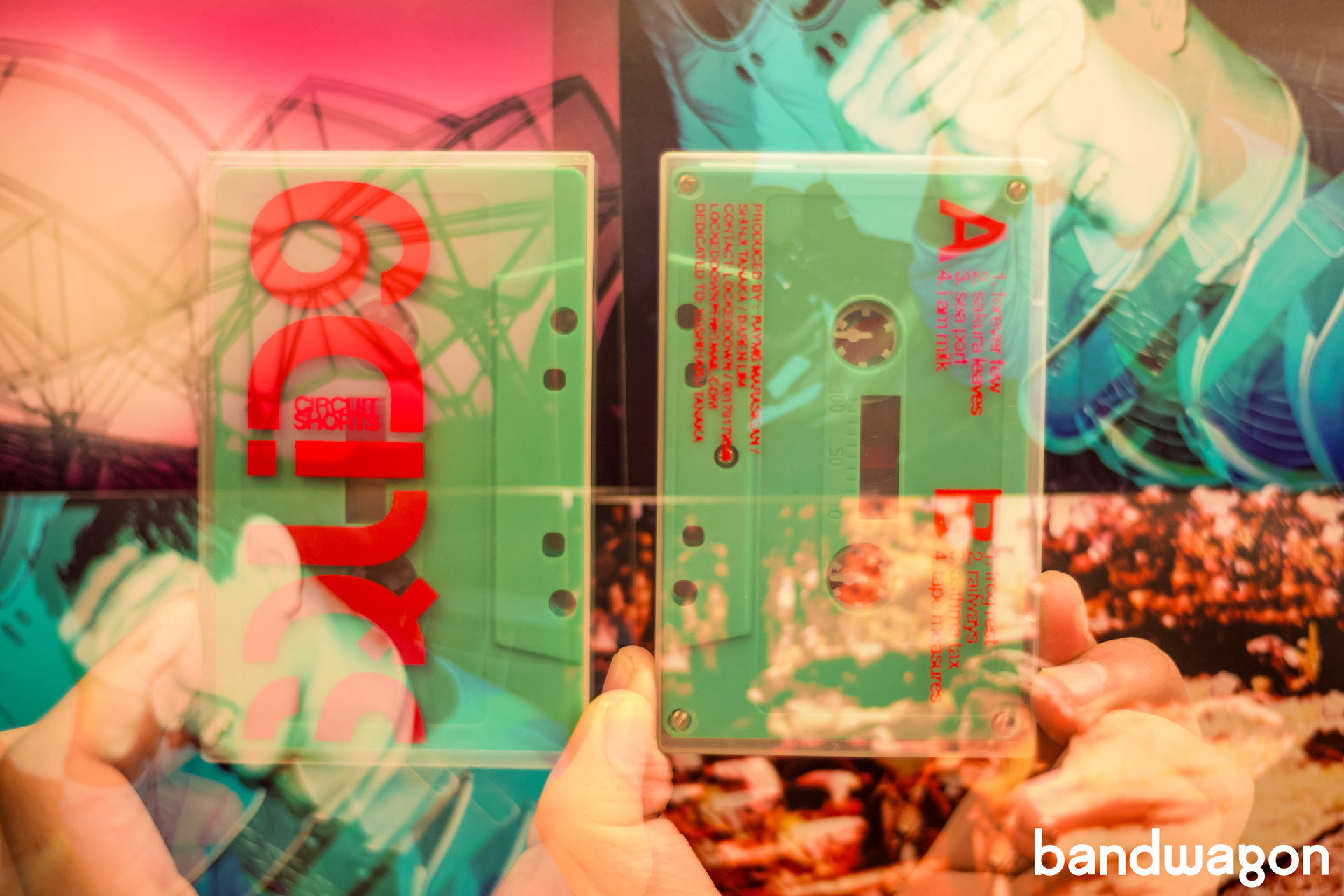 One of your previous albums was a USB card inside a tin can and it came out in a vending machine with squid snacks; this time it’s a cassette. How important is the physical format of music and design to you? Why did you choose the cassette for this album?

Kasi lumaki kami sa panahon na may physical format yung music, parang cassette and records. So gusto namin laging meron, kahit papaano, parang pwede naman i-release digitally. It’s cheaper, but we also like design. Plus we’re trying to do this thing live na parang medyo ganito, that one is what Joey is using, a Modulus. Sa'min, may kasamang cassette that we’re playing back - the voices that we use sa conversation on the album. Sa live, it’s going through those things. So kasama sa kwento yung cassette talaga.

We’re all gathering stuff, like machines to use and samples to cut. Tapos we spend a day doing just that. Separate days on gathering, then assembling… working on things. [For example,] today is drum day, today is synthesizer day, today is melodies day. Today is just mixing. It’s staggered. 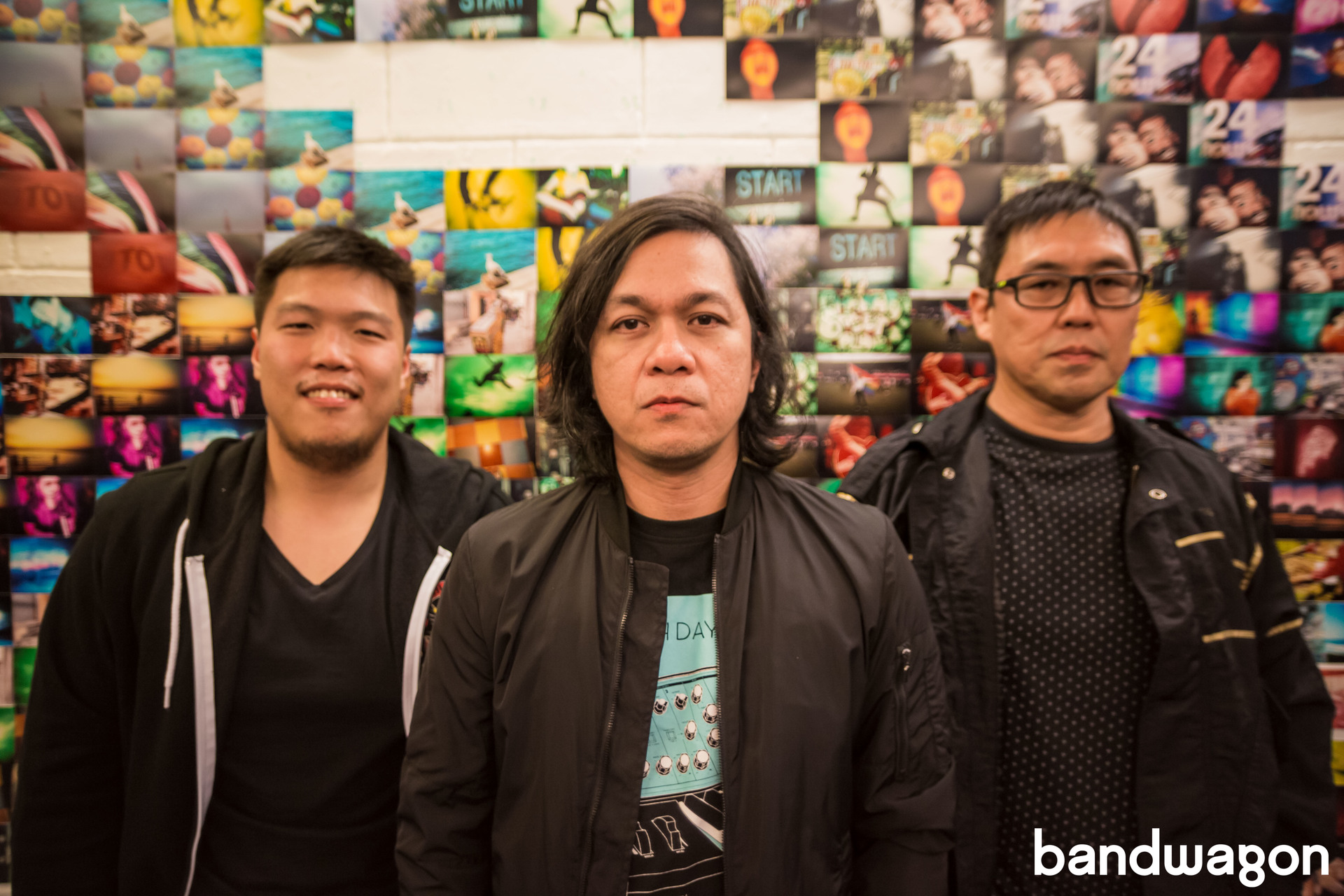 Can you tell us an anecdote about each track?

Restrictions to use several pieces of key equipment, so we can use it live.

Yeah! Parang ganun! Pero we all mixed it in computers, of course, mixed it and mastered it. But how we made it was physical. So we can play it live, there’s a lot of trial and error. A lot of going to YouTube, how do we do that? Kasi sa computer madali lang eh, but physically, how do you do that with a sequencer?

With all your bands and musical projects, how do you decide which song is a SQUID9 song? 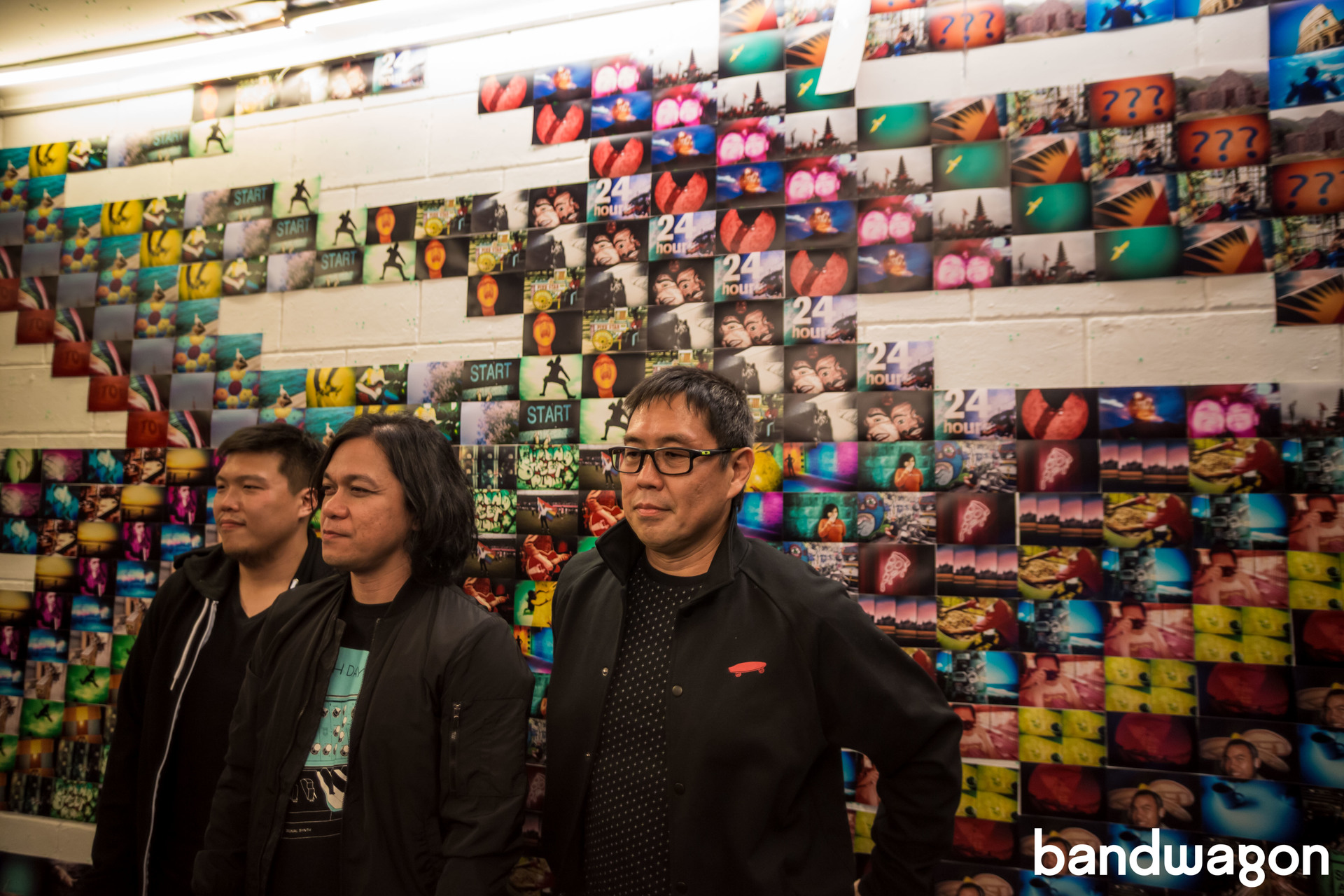 Here's a sneak peek into the new album with 'forever few':

Check out more photos from the listening party here: 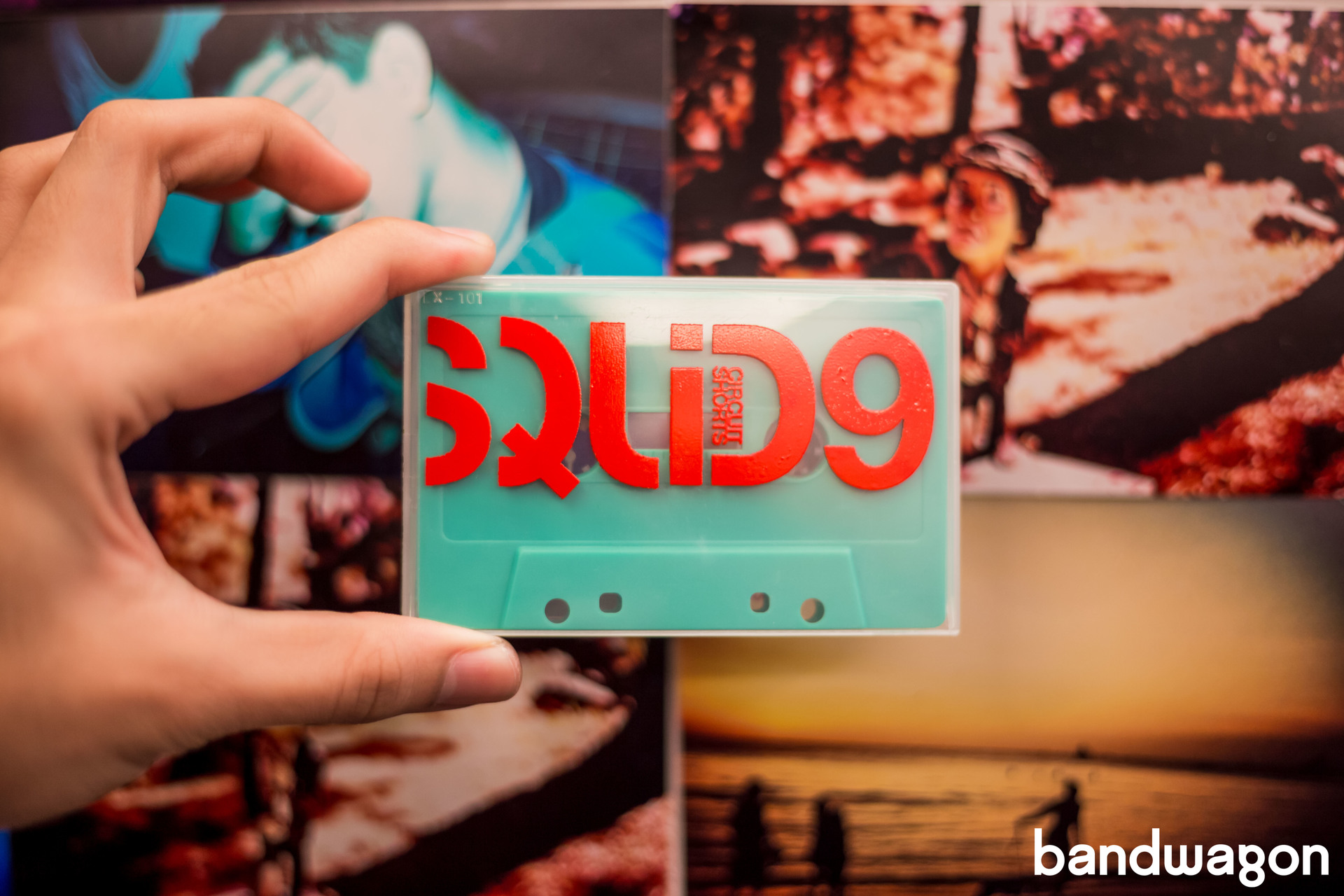 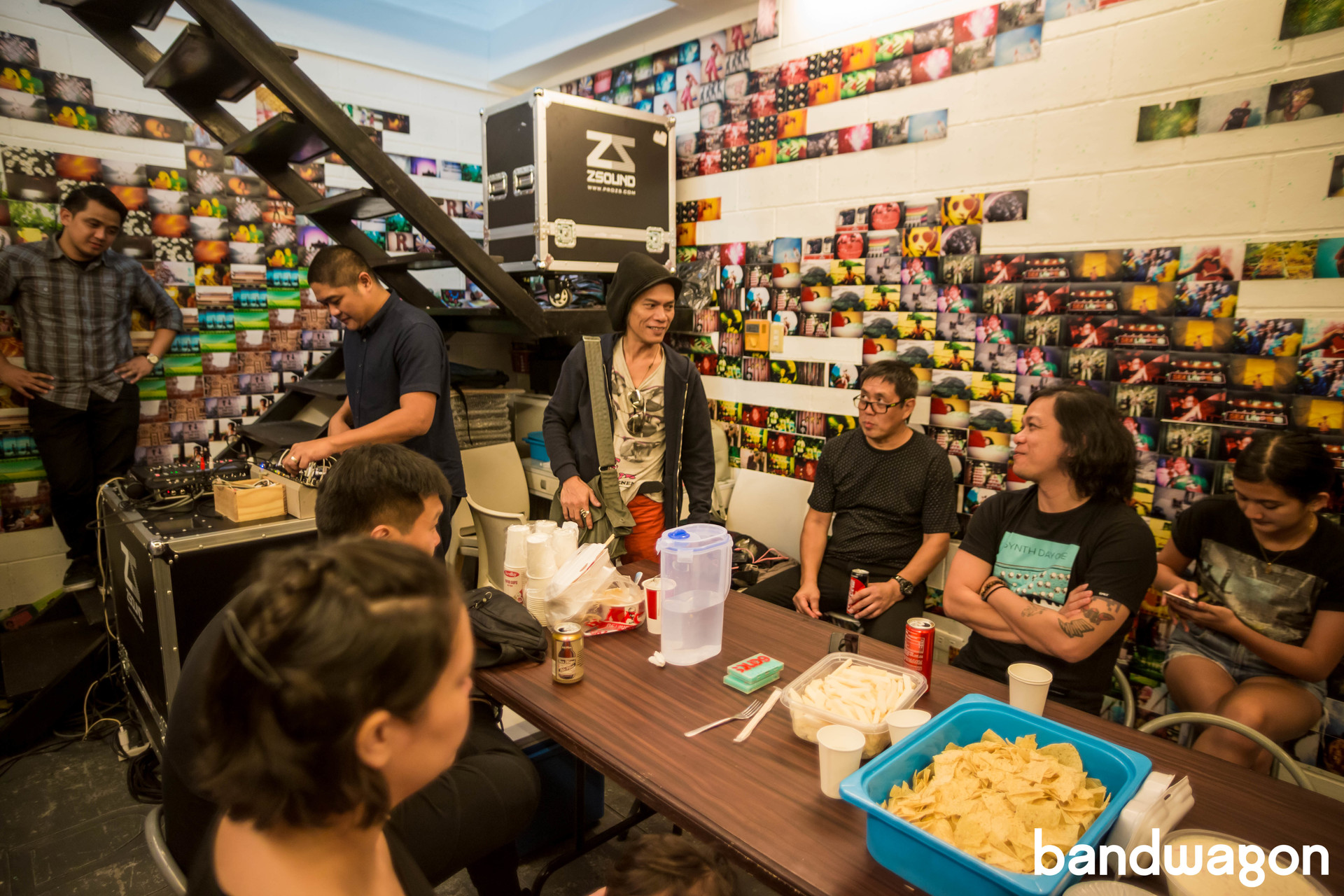 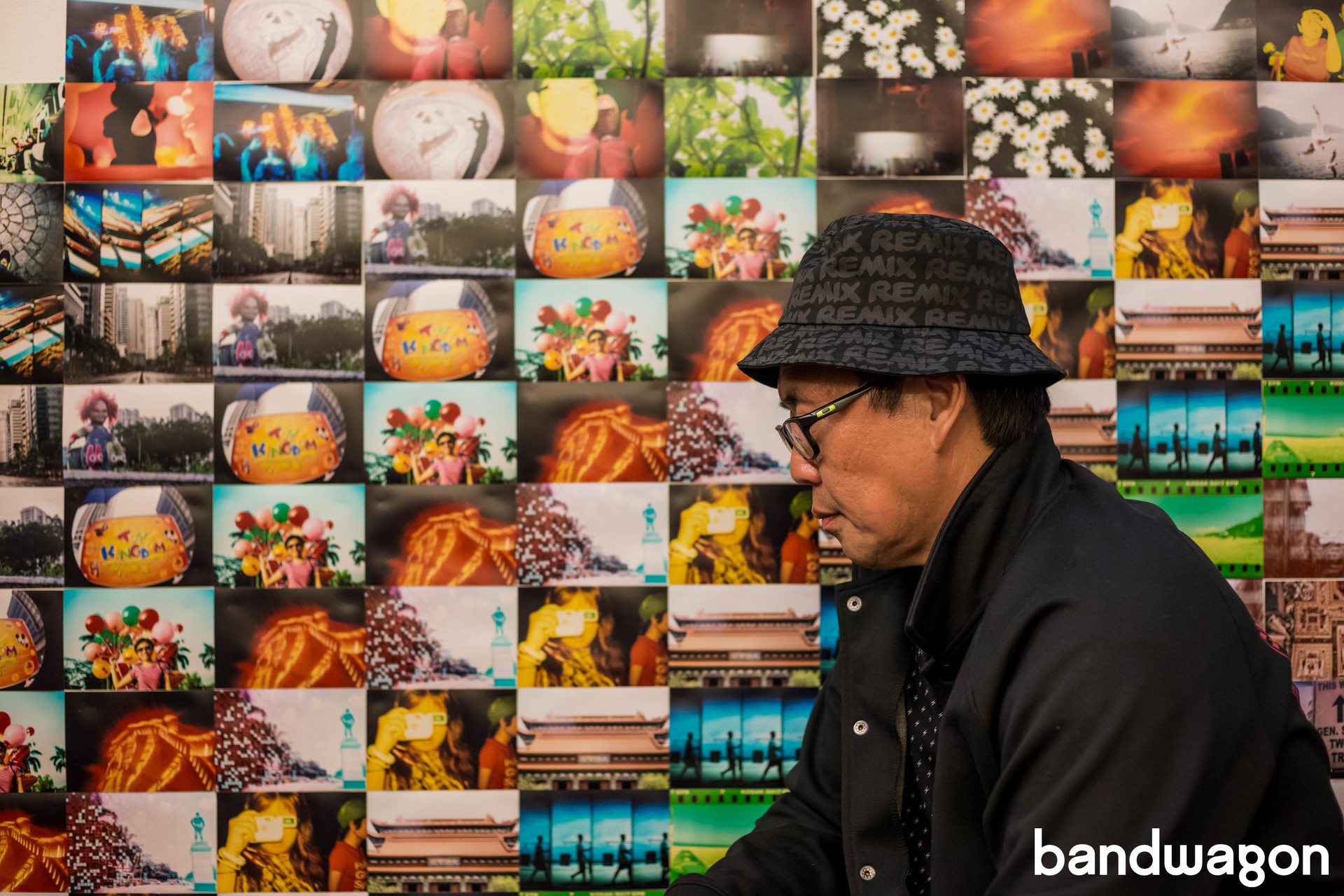 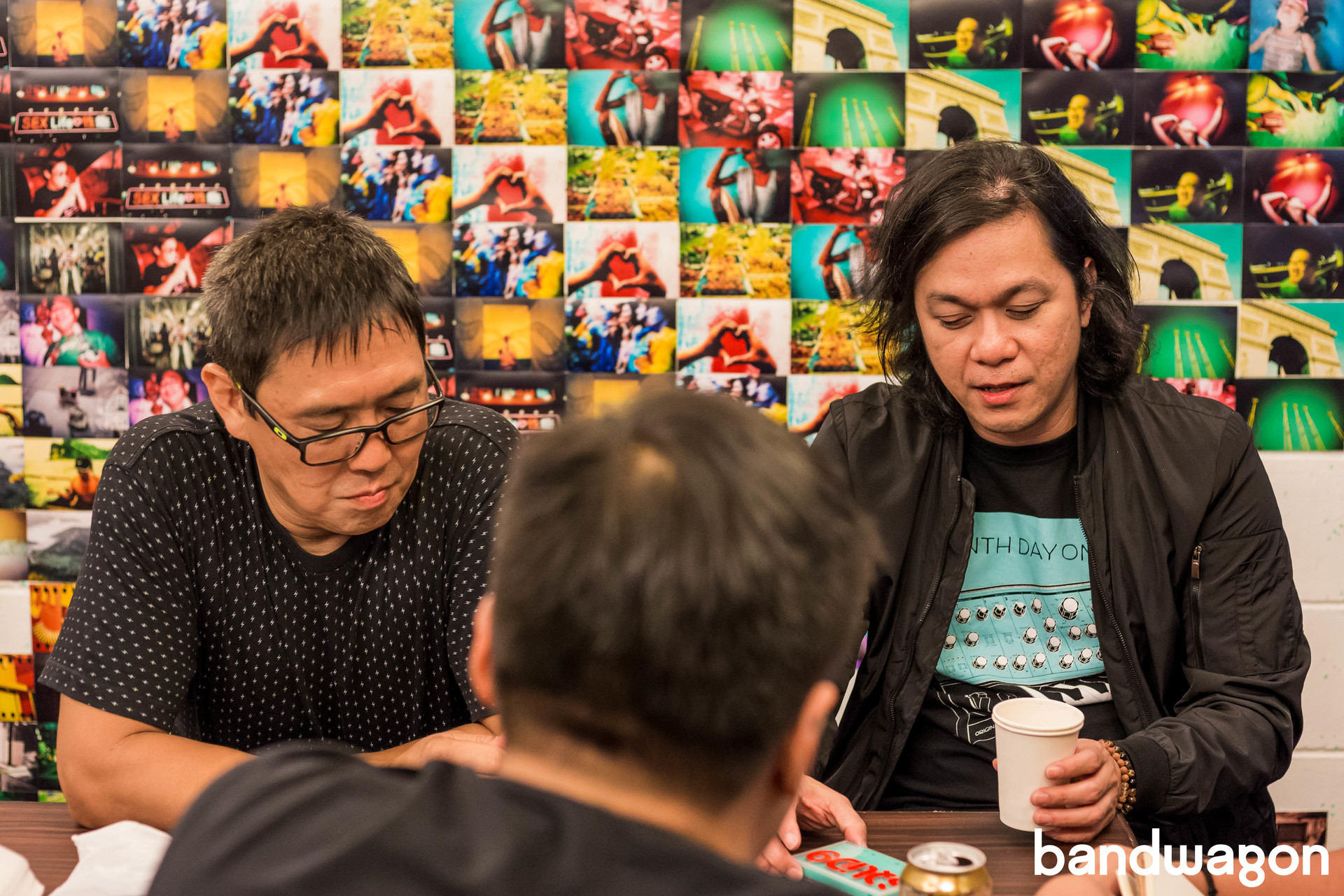 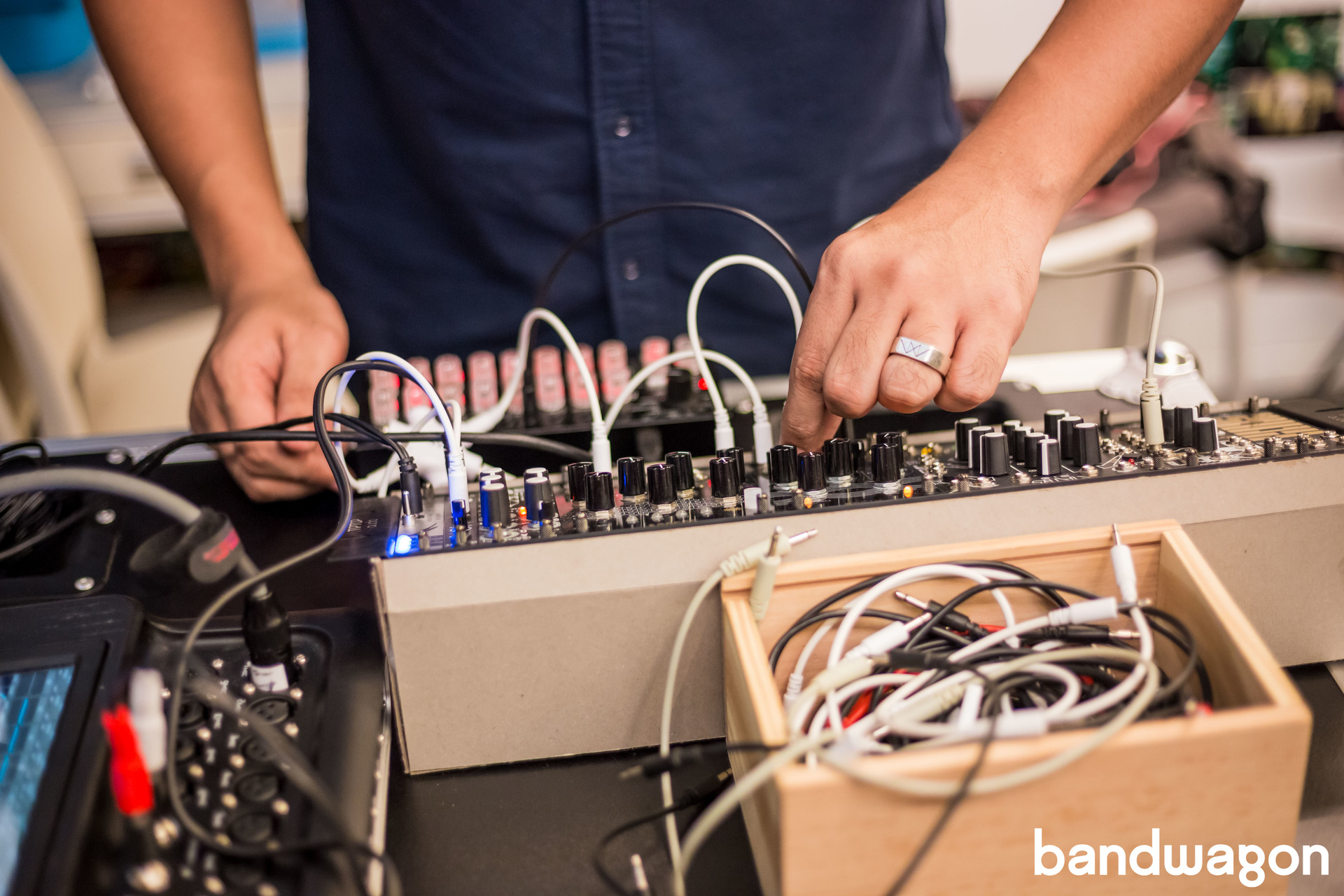 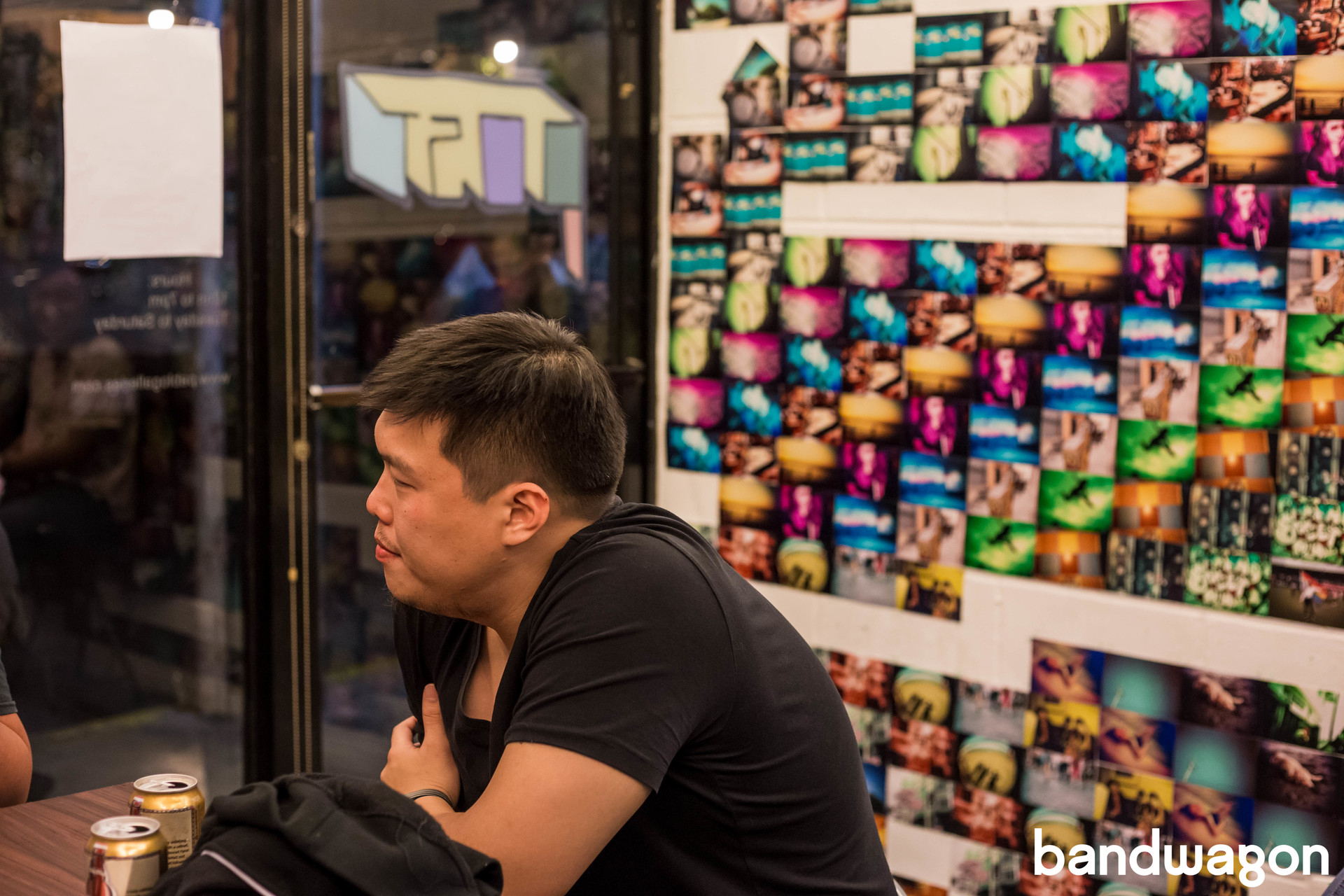 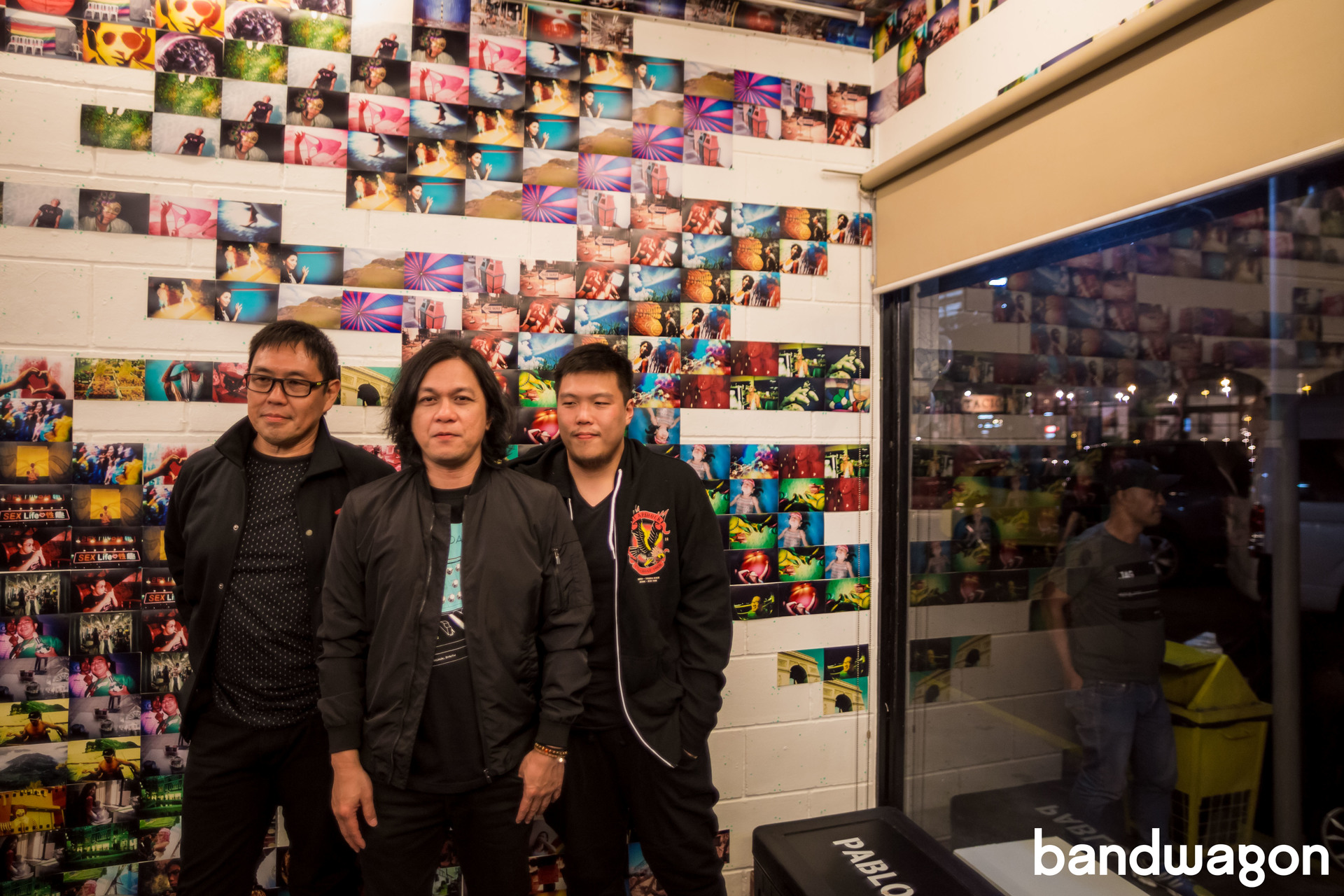 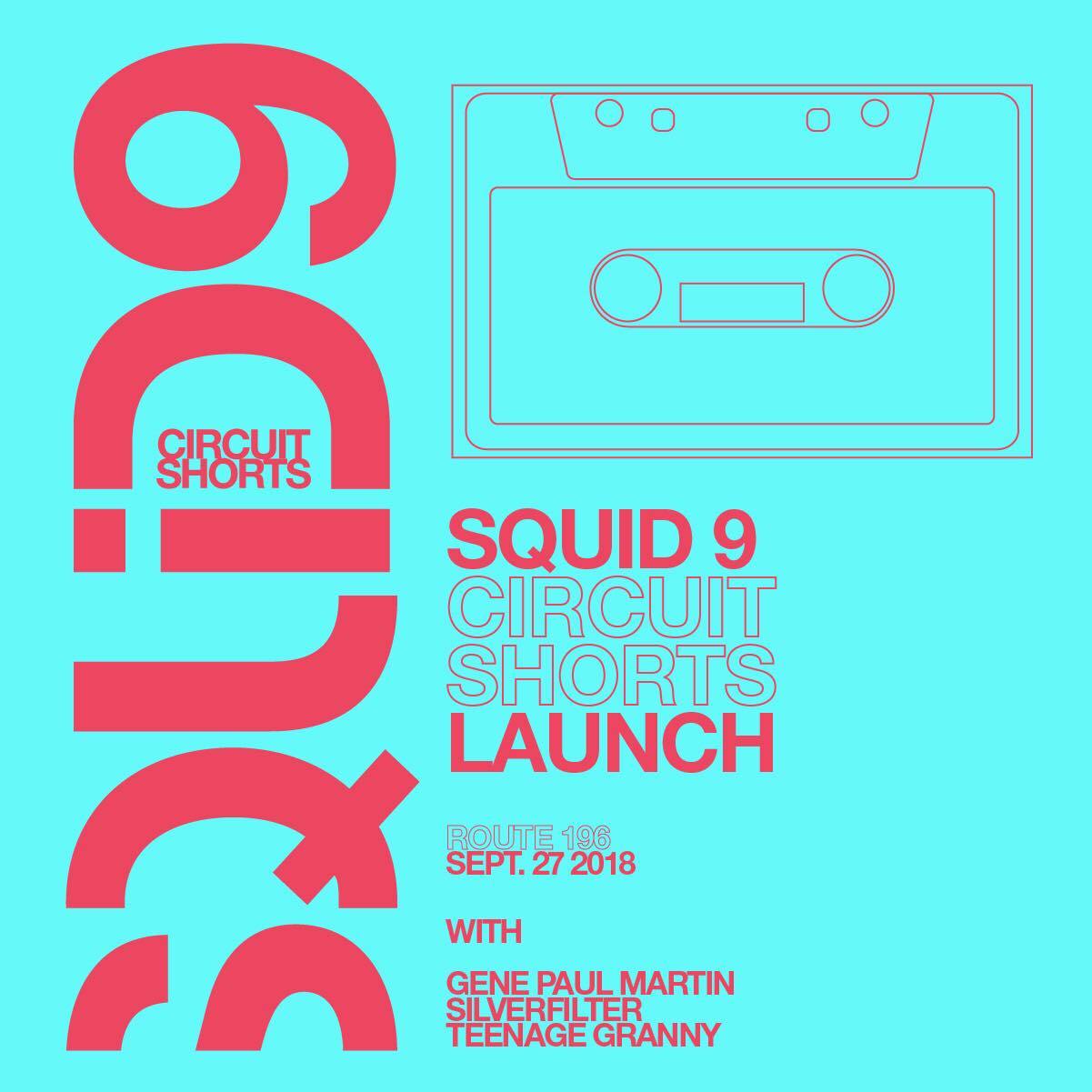 Limited edition cassettes will be available for 300 PHP at SQUID9 gigs, Crazy Katsu, and Suez & Zapote.

Special thanks to Locked Down Entertainment.