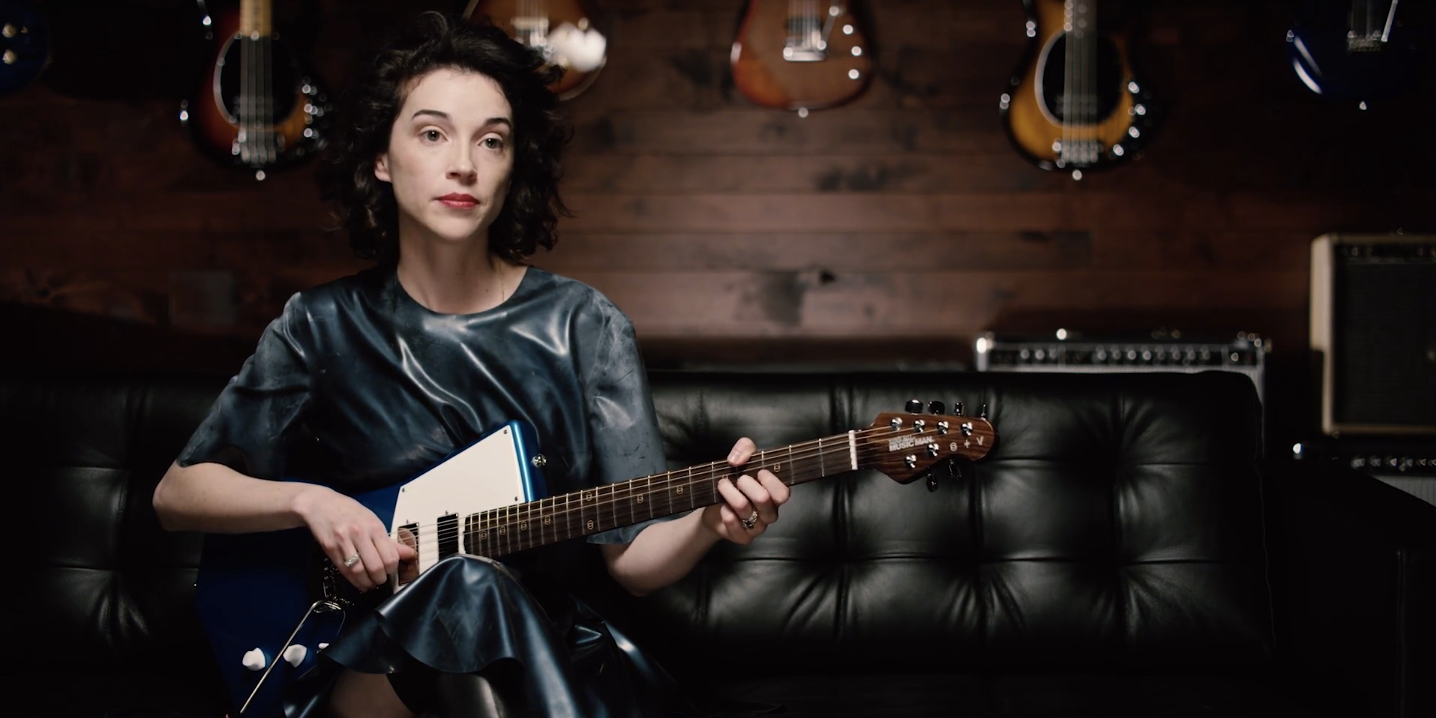 A guitarist is as good as her axe. Last year, St. Vincent announced her newest collaboration with Ernie Ball Music Man to create a guitar tailored to her specifications and needs. With the new guitar ready for pre-order on the Musicman website, Ernie Ball has released a new video to showcase the beauty of the finely-modeled guitar.

In the new video, St. Vincent addresses the importance of guitars and her obsession with the six-stringed instruments since her early years as a child. “A guitar can be so many things, for me in my life it’s been a shield, a weapon and the vehicle by which i’ve gone on to have an incredible artistic and emotional life. I knew from listening to music at a very early age that there is nothing that give me that feeling but feeling, that magic feeling, that intangible feeling."

St. Vincent then goes on further to talk about the creation of the guitar, “A lot of people don’t think about it but this is great great wood that was once a tree, being sculpted and molded into a thing that is going to give you life. After playing guitar for twenty years, I’ve a tool that is made specifically me in mind, it is phenomenal, I'm like a kid in a candy stall. It’s the only guitar I’ve been reaching for since I got it and I think it’ll continue to be that tool for me."

If you’re piqued and ready to invest US$1899 for a new guitar, we’ll give you the hard specifications: the Ernie Ball Music Man St. Vincent signature model features 3 mini-humbuckers, a rosewood neck, custom inlays and made of the finest grade of African Mahogany. Not to mention, the colours, you get to pick between Black and Vincent Blue, a colour hand-mixed by Clarke herself.

Unlike other signature guitars which tend to work over current standard models with only differences in pick ups, colour options and fret inlays, the shape of the guitar is entirely unique and contemporary. It is light-weight, ergonomic, sleek and importantly female guitarists won't have to wrestle their guitars at odd angles anymore.

We have had a glimpse and it sounds and looks the part. Here's a video of St. Vincent debuting her guitar onstage with Taylor Swift and Beck at the Staples Center last year.

It starts shipping early 2016 and hopefully, in the odd-shaped guitar lies the secrets to many finger-knotting riffs and robotic dance moves.