Words by Darren Ng
Photography by Nor Asyraf

Thirteen years into what they have been doing, and still pulling off fantastic shows and credible albums, you know these Stars are not here to fade away. In their second tour here, they not only excited but dazzled. After word was out that the Montreal group dished out a total of 24, I repeat, 24 songs at Manila just three days ago, the Singapore faithful were kept in a flurry frantic.

Their last performance staged at the Esplanade three years back were still lingering throughout, with Amy’s glittering outfit and Campbell’s swoony voice to remember fondly. But this was one more night to remember. The backdrop, a blown up cover of The North, a snapshot of Habitat 67 complex, an experimental housing development from their hometown, stood sturdily as the lights dimmed half past eight.

Stars arrived one after another looking considerably aged but not frail. Their efforts to look young were duly noticed as Pat came on with a cap and a jumpsuit that looked better on a clown and Campbell dapper as ever with a smart suit and Buddy Holly glasses. Even with a new addition to the Stars family in the form of baby Amy, the grey-haired band harboured no intentions of collecting their pensions. The crowd had a little shout-athon with their 'Welcome back-s' and welcome back they did. 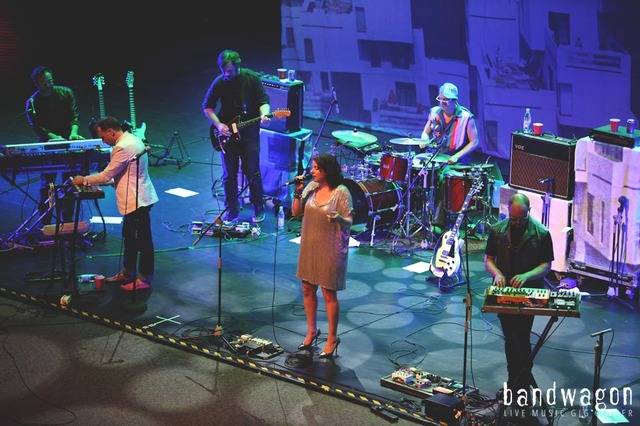 Staying true to the title listing of The North, things were in order as they picked synth-electro influenced, 'The Theory of Relativity' as their debutant track, although the audio sample in the beginning was dropped, the start was upbeat.

The set drew heavily from their latest release, a lighthearted compilation of day-to-day experiences from Campbell and Amy’s headspace. It takes courage I must add, for Amy to work on songs brooding on touchy affairs of the heart with her husband Evan breathing down her neck in the same studio.

In upbeat and not to mention cheesy ‘Do You Want to Die Together’ and ‘Dead Hearts’, they hit a speed bump. It seems apparent that the onstage chemistry between Campbell and Amy has been gritted and reduced to a close nothing to which I credit to their over packed tour dates. But if you cover your eyes, you could let this setback slip by.

Although the new songs were met with a positive glow, it was the older songs that were pivotal to the show’s overall thumbs up. Even Campbell’s melodica was put into good use as he huffed and puffed to signal the introduction of 'Your Ex-Lover is Dead'.

In Campbell’s personal favorite, 'Walls', there is brilliant interplay between the two lead singers and the newfound bass beats dropped in which sounded like an accidental addition made perfect. Campbell’s lyrics, which were simple and unpretentious but so beautifully woven, sounded like they had new life breathed into them - “You can take me/You can have me/ but you can’t make me happy” 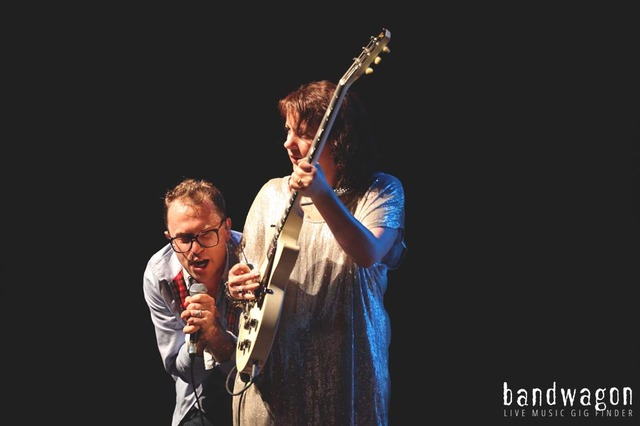 It was hard to keep up with the band’s unsteady and erratic flow throughout the night. On buoyant songs like ’Take Me to the Riot’ and ‘We Don’t Want Your Body’, the heels of our feet barely came into contact with the ground and on the slower tracks, our hearts were put to overdrive in a much different manner. There was no such segregation between the slow and fun songs and it was more a Jekyll and Hyde experience for us than they had expected.

Although the audience was kind enough to give the band silence whenever it was requested - you could really see what an effect the band held on them, with each time the band heaved a long breath, the audience followed suit and it was such beautiful sight to behold.

There was uproar over the venue’s capability of hosting a concert after the show, as the bulk of the audience made the shift to the photo pit at the front of stage shortchanging them of sound quality provided by the speakers located at the seated area. But that’s the price to pay for getting close up to the action. Symmetry Entertainment, you are pardoned. 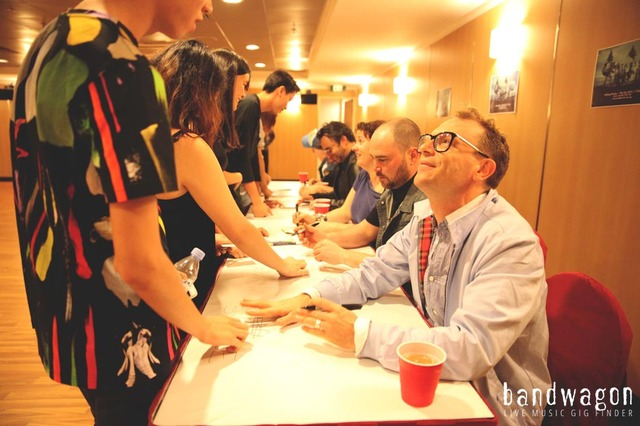 The autograph session after the concert made up for the shortcomings as their posters and records were given the special treatment and the fans a chance to probe into their lives as travelling musicians. It was definitely a moment for most which prompted for Campbell’s philosophical words, “I assure you I’m the most mundane and depression person that you normally meet in your daily lives.” Whatever you say Mr. Campbell; I’m still starstruck as ever.