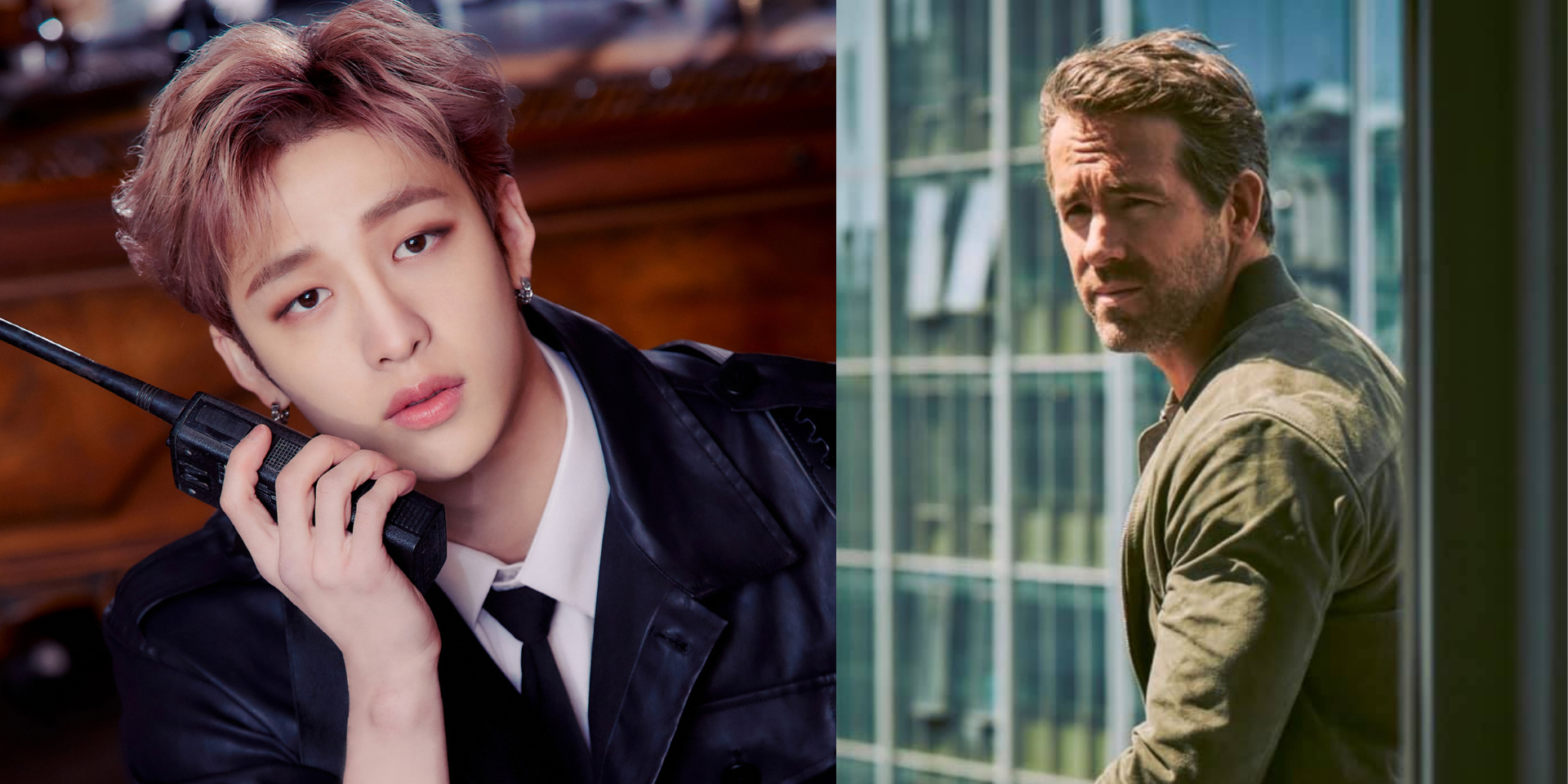 Stray Kids member Bang Chan got the opportunity to get up close and personal with Canadian actor Ryan Reynolds!

Ahead of the release of Reynolds' Free Guy, the two got together via a virtual interview to talk about his latest movie and appreciation for Stray Kids. This comes as a long-awaited meeting for the pair after the actor reacted to the K-pop group's Deadpool-inspired performance on Kingdom: Legendary War last May.

Directed by Shawn Levy, Free Guy is an adventure-comedy set in a video game of the same name. The movie follows the story of Guy (Reynolds), a non-playable character who becomes aware of his virtual world, and his gradual ascent to being the game's main character.

In the interview, Reynolds revealed that Free Guy is his favourite movie he's ever made, sharing how he enjoyed working on set and alongside his costars.

"It was just a fun movie. It was so nice to do a movie that was so fun and that made you laugh, cry, and jump out of your seat. All of those things were so much fun to be a part of and it's my favourite movie I've ever made," he shared.

Reynolds also shared his fondness for Bang Chan and Stray Kids, revealing that he's been an avid supporter of the group's musical style and has been anticipating the release of their upcoming album, NOEASY.

“You guys do this amazing thing where you kind of blend music with action, it’s something I don’t see a lot of people do and it’s something that I’m actually gonna steal,” Reynolds joked, also adding that he has watched Stray Kids' album teasers multiple times.

Reynolds went on to say, "It’s such an honour and a privilege to talk to you because I think you’re amazing, I think all the Stray Kids are amazing...I love you guys, I’m such a huge fan."

Following the interview, Bang Chan took to Instagram to share his thoughts on Free Guy and selfies with his "big brother Ryan".

Stray Kids will make their comeback with their second studio album NOEASY on 23 August. The album will serve as the highly anticipated follow-up to Go Live, which was released last year.