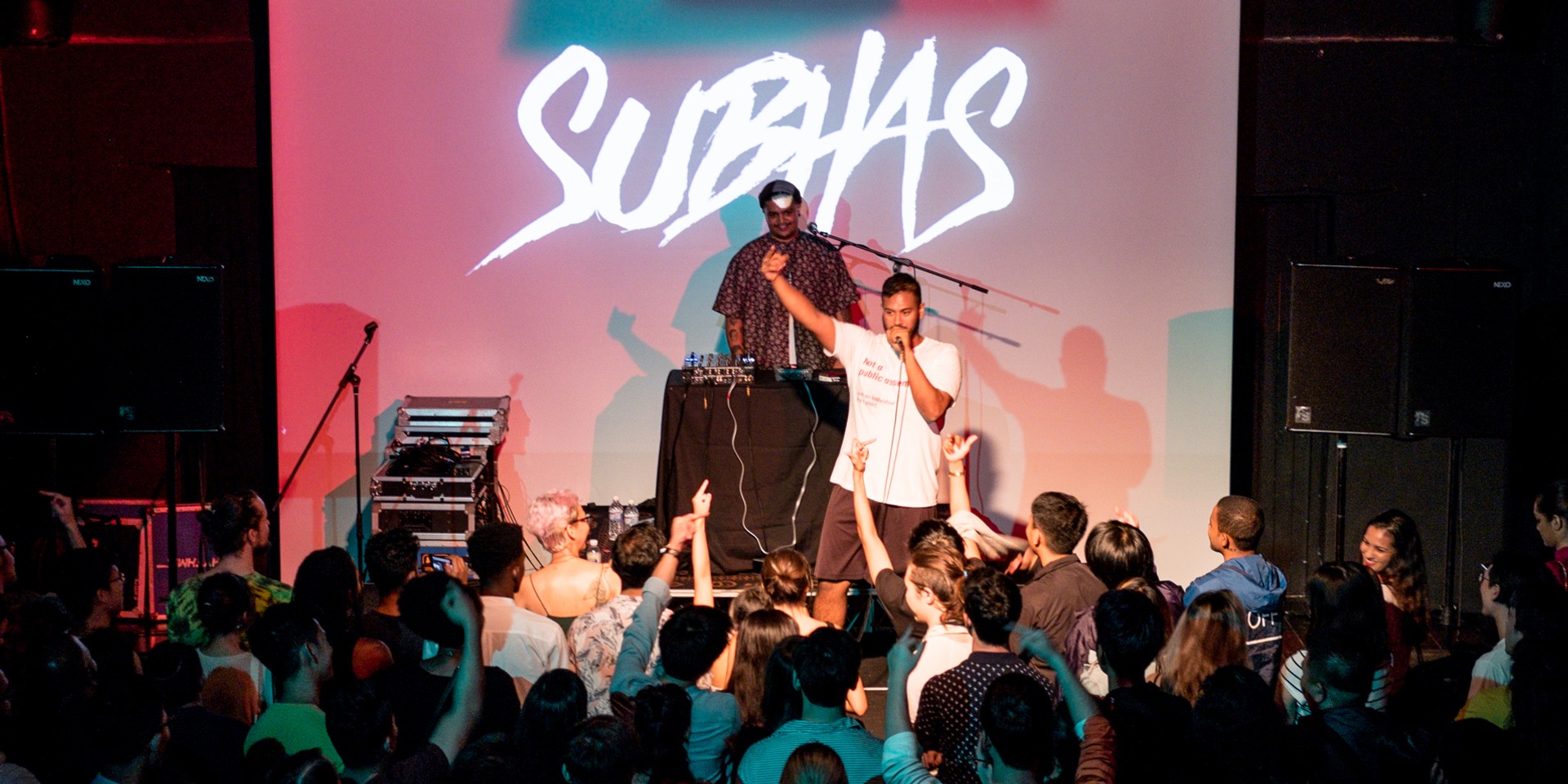 Hip-hop in the United States has often taken on a political role: it spoke for the marginalized who didn’t have a voice, and spoke against political injustice. Perhaps the clearest example of this was hip-hop and rap super group N.W.A., whose magnum opus 'Fuck Tha Police' lamented the state of police brutality in West-side Los Angeles and inspired a whole movie, Straight Outta Compton.

Singaporean hip-hop has yet to wholeheartedly embrace that position, but that may be starting to change. This ray of hope was clear after I left the Substation last Friday after local rapper Subhas’ EP release show for his debut EP, Not a Public Assembly. From the get-go, it was clear that Subhas’ rap was a socio-political commentary of current day Singapore. The show’s commentary came as a full package, and it began with the posters that he had plastered outside the venue. From McDonalds' Hamburglar, to Air Jordans, and to 2Pac (RIP), the poster seemed to be an ode to Subhas’ childhood and growth.

People milled about the corridor that led to the venue, and Subhas was mingling among the audience as if it was a family gathering. He deftly joined and left conversations, saying a quick hello to everyone (whom he seemed to know). It was clear then that this was no typical release show: it was a gathering of friends and family eager to see how the burgeoning rapper had moved from writing lines and beats in isolation to having completed an entire EP. 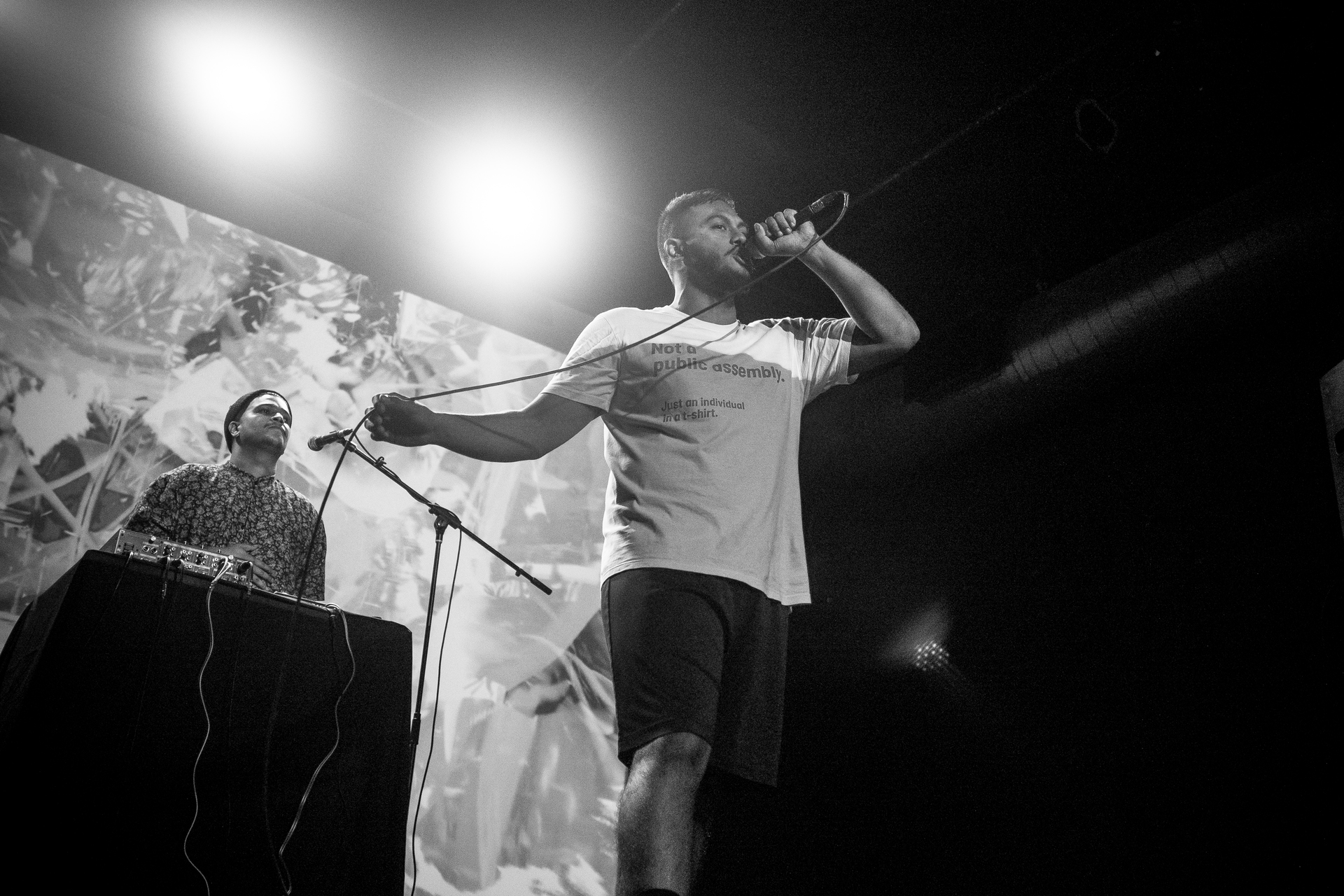 As the concert began, Subhas' entrance saw the crowd erupt in cheers as he opened with the EP’s introductory track, 'Blk 101 Sunset Way'. He moved from strength to strength, explaining the deep meaning and inspiration behind each track. His well thought-out lyricism paired with the hard-hitting beats and anthems produced by KL producer and hop-house-trap extraordinaire Fauxe made for a surprise every track.

This EP is rife with meaning – from songs like 'PUNISHMENT' (purposefully styled in capitals given that it’s a song about capital punishment) and 'Heartlands' ("an ode to the everyday", as Subhas introduced it), the album touches on multiple topics that local rap music has hitherto not commented on. 'PUNISHMENT', for example, bemoans a lack of compassion in society and was inspired by Prabhagaran Srivijayan, a Malaysian national who was sentenced to death in Singapore for drug trafficking in 2014. His sentence was carried out in mid-2017. 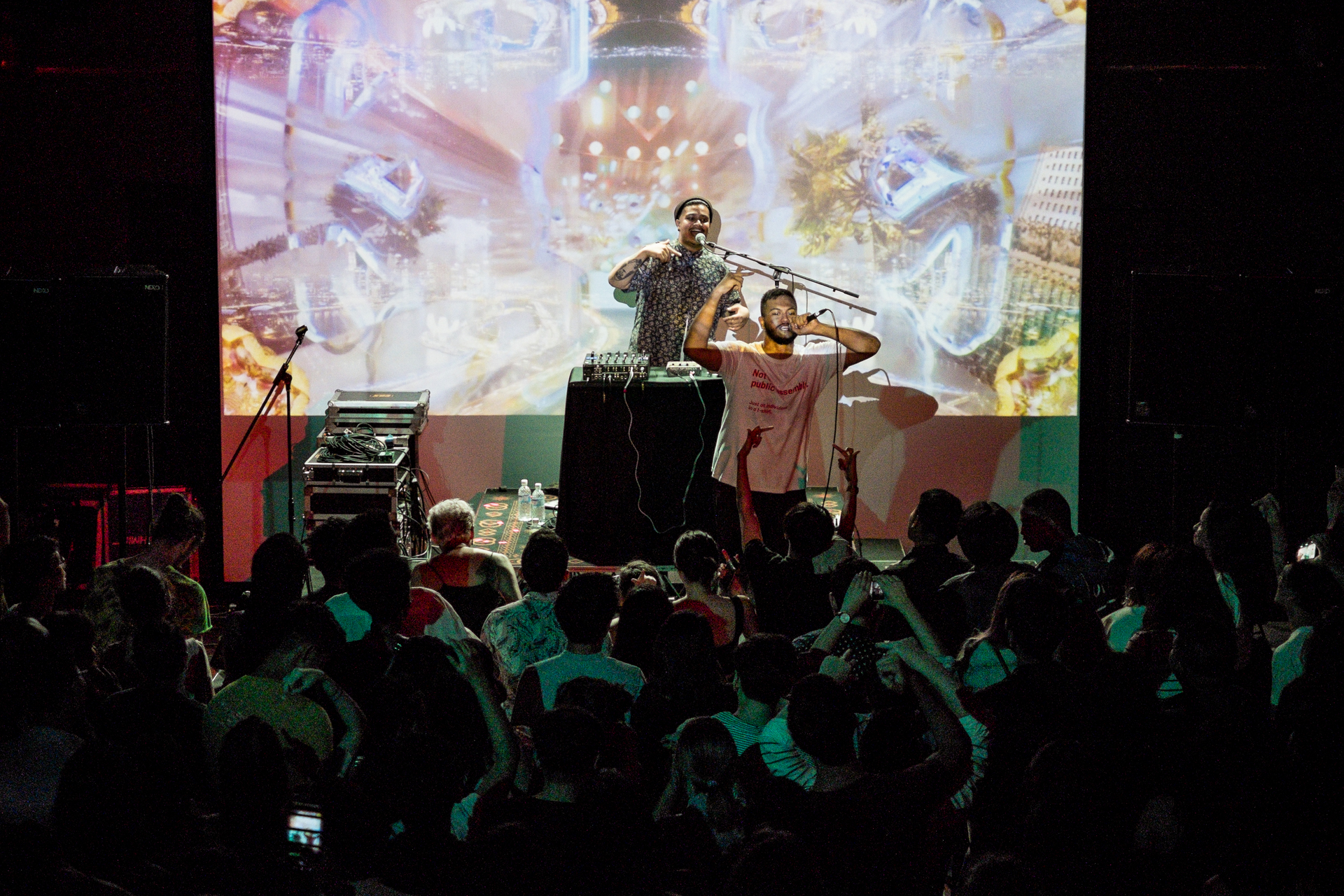 'First World' - a rejection of being comfortable with comfort - was prefaced with the explanation that Subhas "likes it when the trains break down", because progress depended on unhappiness and inconvenience. In long spiels taken before each song explaining the meaning behind them, Subhas could hardly contain his excitement as he'd speak the lyrics of a song he was about to perform. Sometimes, he took too long – but the music eventually spoke for itself.

Producer extraordinare Fauxe was on DJ duties when doors opened at 8pm, throwing down a massively entertaining hip hop-house-trap set that got the crowd going before the headliner of the evening. That should’ve been a signal for the greater things to come from the Subhas-Fauxe pair. Fauxe’s production brought Subhas’ lyricism to the next level, as the chemistry between the energetic duo could not have been clearer. 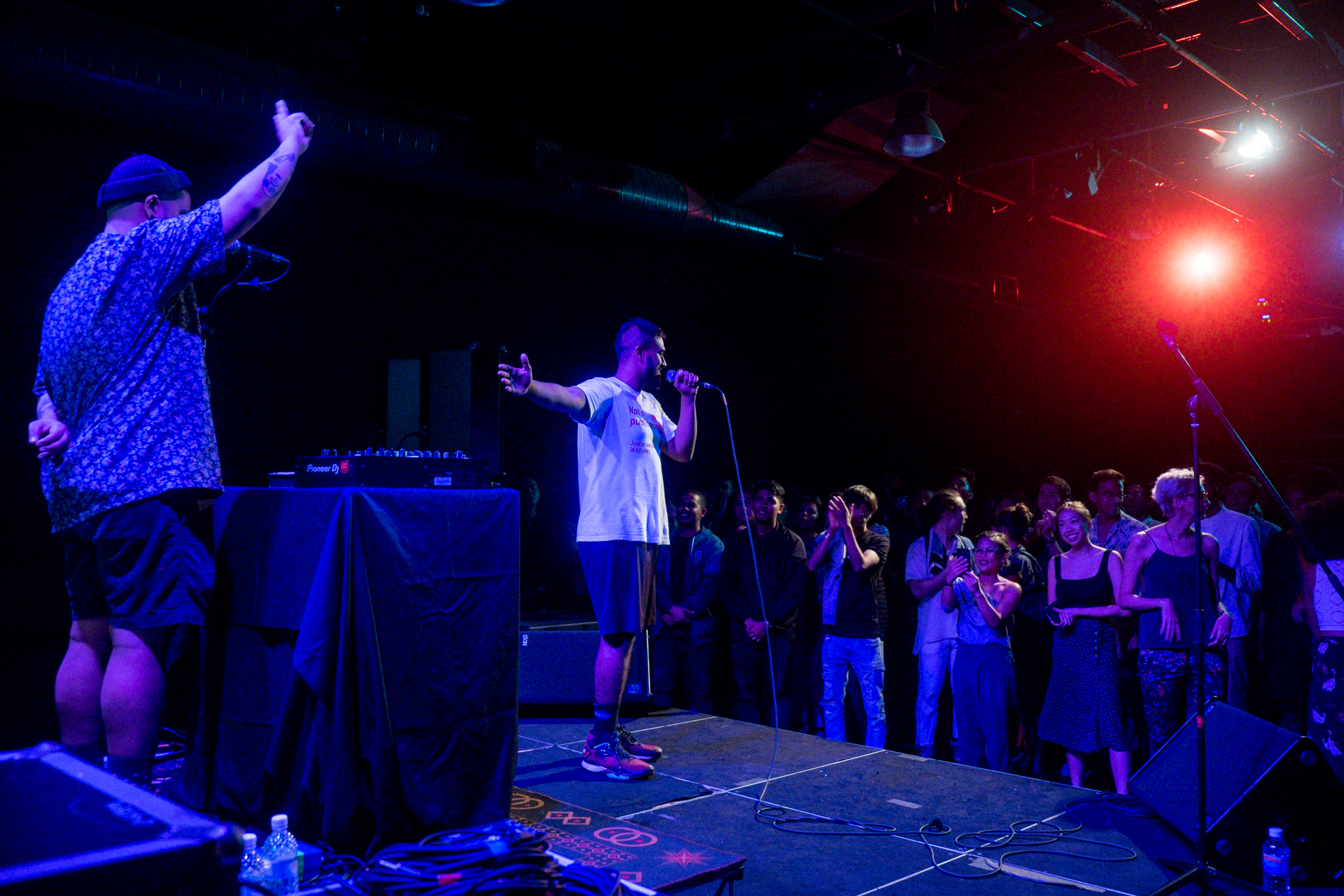 While it was slightly confusing that the tracks Fauxe played didn't seem to be instrumental tracks without lyrics (such that it became confusing – was it the live Subhas we were hearing, or was it the recorded one?), the delivery of the show was still electric. Fauxe’s light humour paired with Subhas’ on stage gravitas cement the two as a pair worth watching for the time to come.

All in all, Subhas has something important to say, and he’s giving hip-hop and rap a voice that it has never taken on in Singapore before. His rap is about compassion, and about bringing a Singapore with emotions and reminiscence back. He wants to move past the dollars and cents, and he wants to start talking about a Singapore that he’d like to see when he grows up. This was all conveyed in a manner befitting anything important that is worth saying: music, at an event that wasn’t a public assembly. 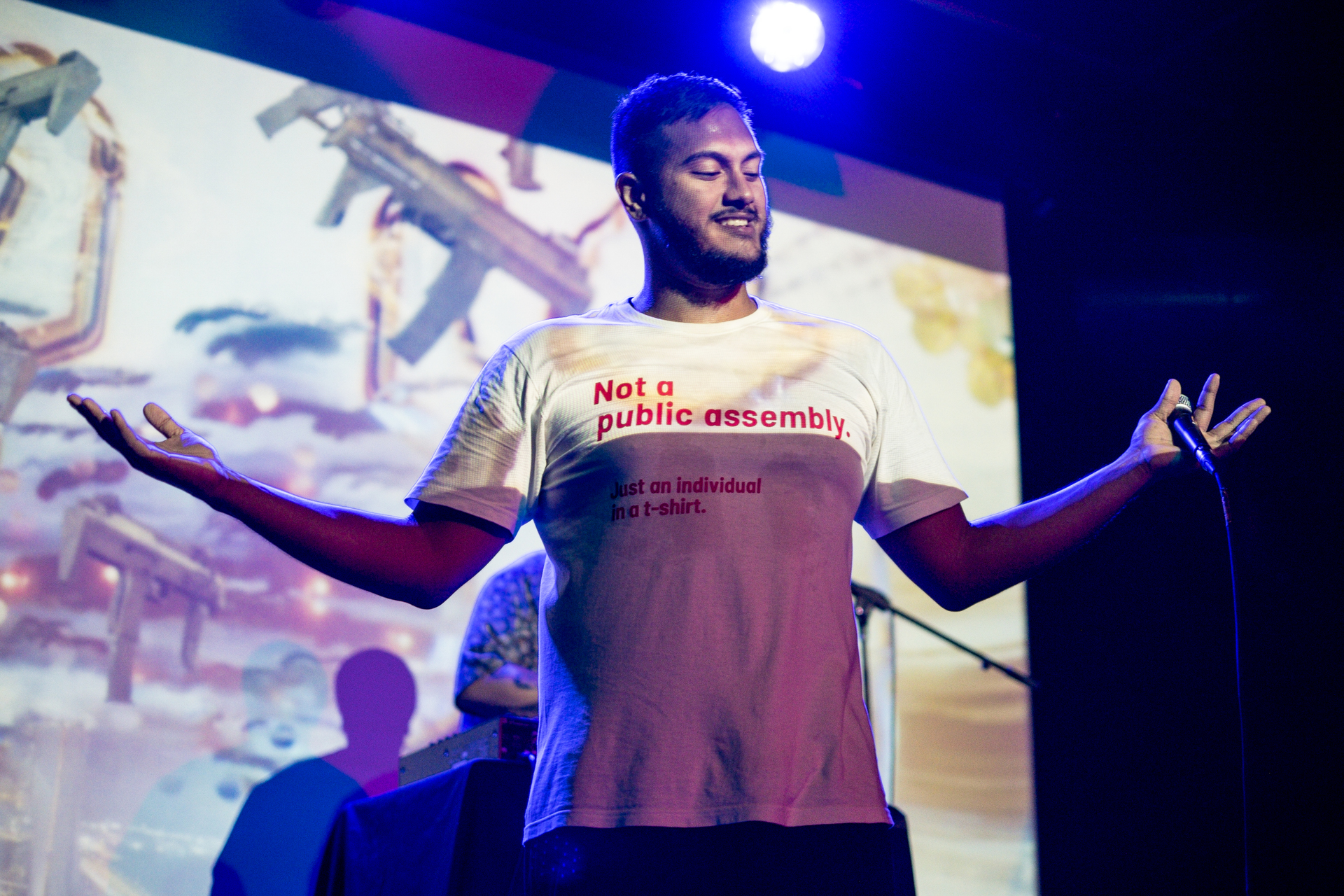 Special thanks to Subhas for the invite.