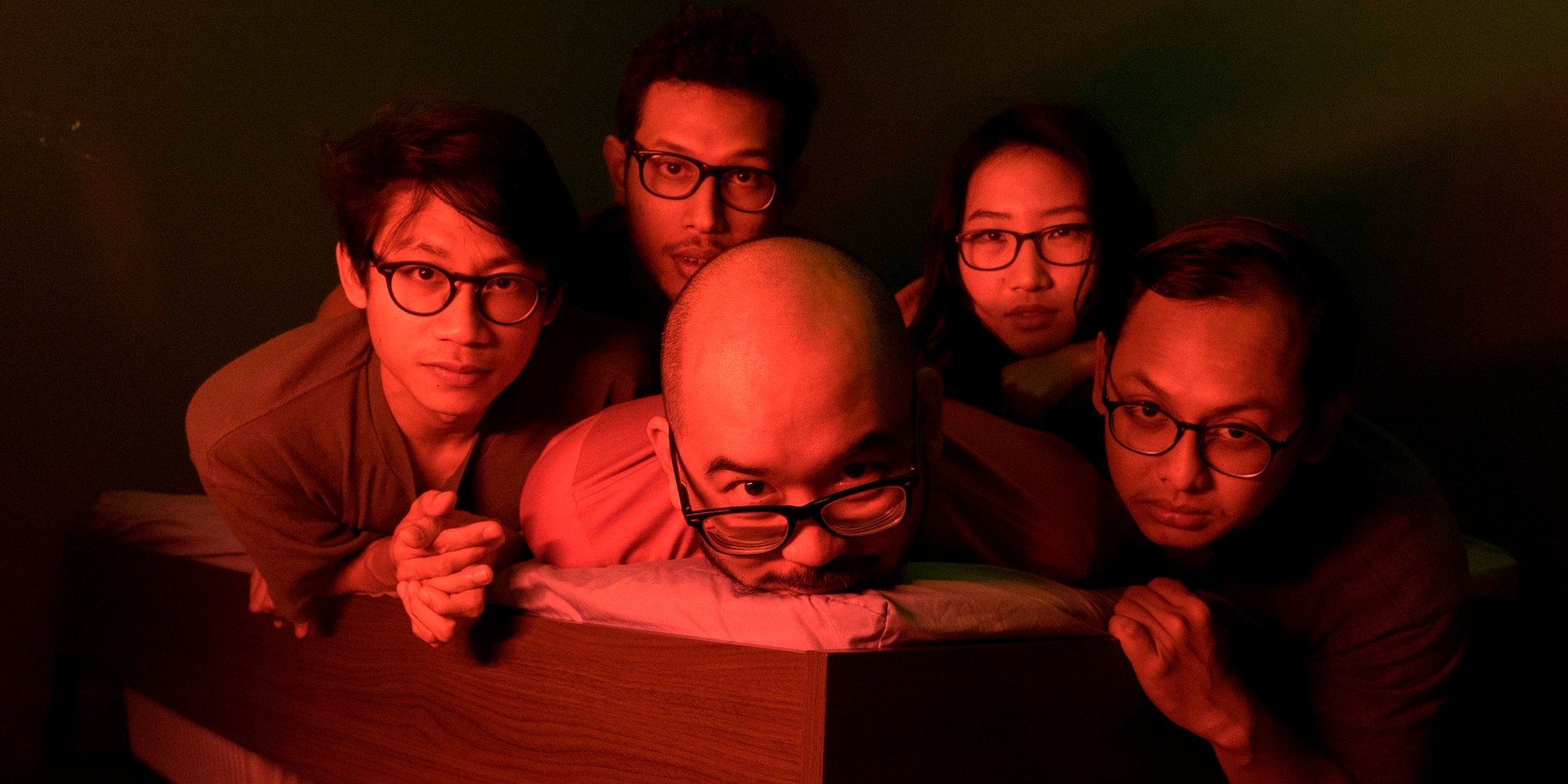 Singaporean band sub:shaman have always been a bit of an enigma.

From their first high-profile emergence in Baybeats 2013 to their last two EPs (2014's Outsider, and a split with Japanese virtuosos Qu called ilm), the band's intellectual blend of prog-rock, jazz and electronica has continually intrigued and continually defied easy categorization.

That bewitching brew of math and groove is taken to an even higher level on their freshly-released full-length LP entitled Apnea (which will be followed by a highly-anticipated launch show at the Esplanade Annexe Studio on Saturday, 13th May).

But beyond the delightful twists and turns found within their genre-defying and transmogrifying tracks, the band have also started to open their colourful personalities to the public a little bit more as well.

As their the hilariously surreal music video for lead single 'A-Hole' proves, sub:shaman isn't nearly as self-serious as their previous image might imply. In that vein, we dig a little deeper into the personal stories and motivations behind their breathtaking new album, on this special "Track-By-Track Guide" edition of RRR.

Not only will we play every single song on Apnea on this week's podcast, you'll also be getting some pretty funny and forthright commentary from the band as they candidly discuss their creative process and songwriting inspirations with us.

You can purchase Apnea here.