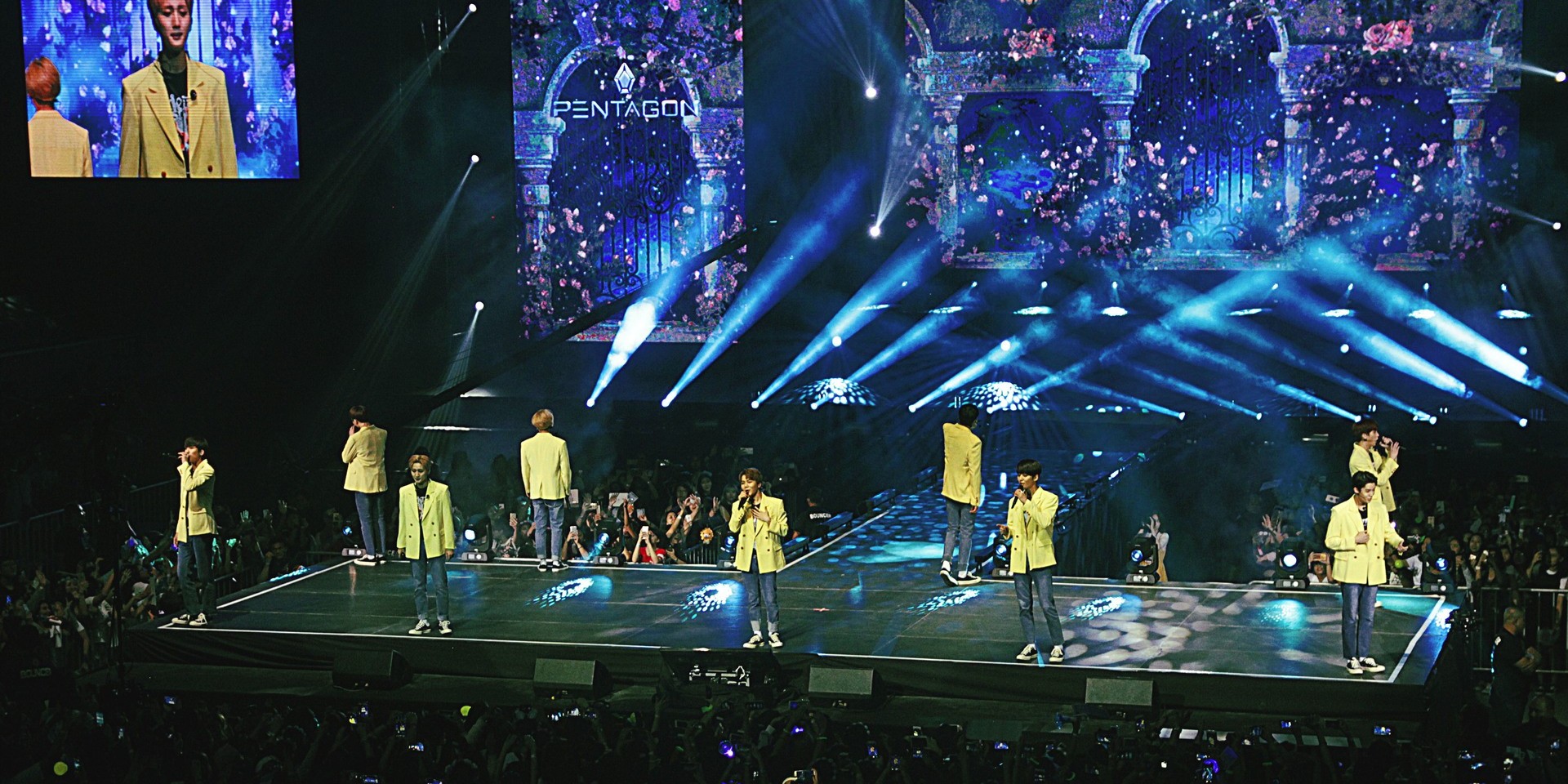 There are no barriers between a passionate fan and an astounding song. At some point in our lives, we find ourselves learning a new language to immerse ourselves into a new fixation. As Korean entertainment has found its place in the busy streets of Manila, we continue to embrace another culture with our arms open wide.

Last Friday, the Mall of Asia Arena was packed with K-Pop fans carrying their printed slogans and light sticks. Super Pop Con had a lineup of various Korean boy groups and a solo female artist that were ready to set the stage as their own. After running into a sea of fan-made and official merchandise, we started the day with a brief press conference with the artists in the roster. 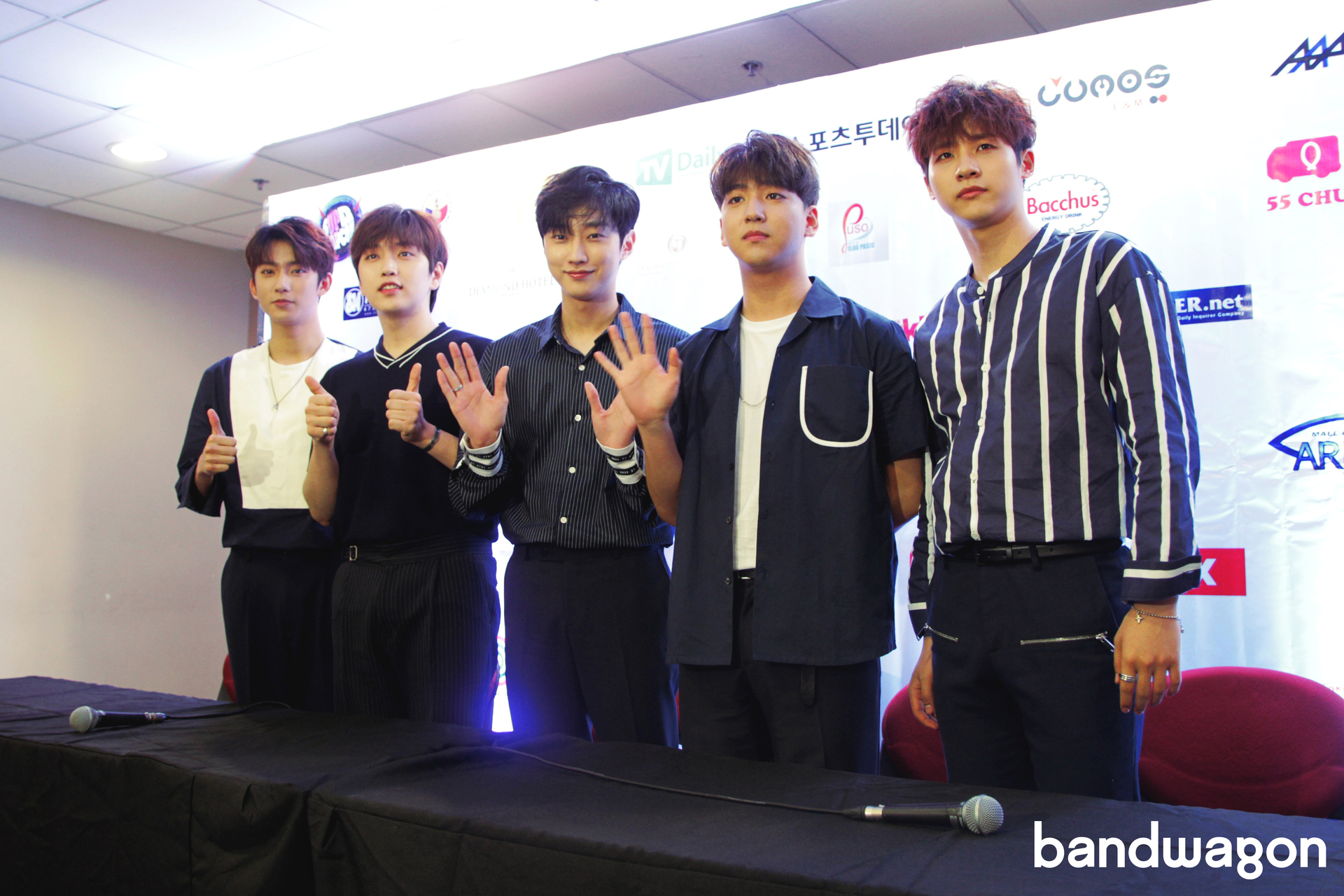 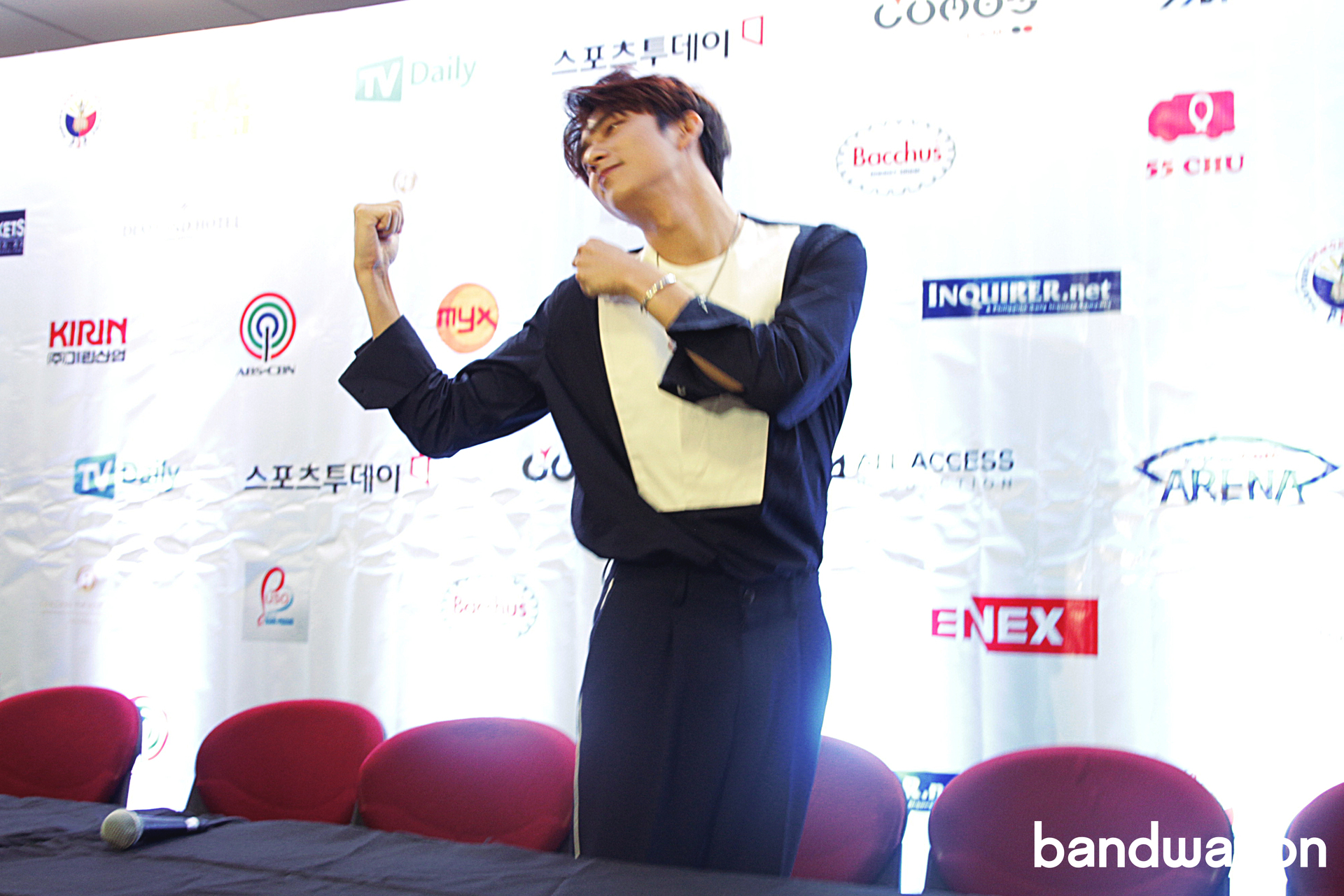 Each group was dressed especially to either their branding or the overall theme of their comeback. B1A4 arrived first and greeted everyone with warm smiles, showing how true they are to their bubbly character like their hit track Beautiful Target. At the end of their session, Gong Chan pretended to play the violin as the background music was an instrumental violin track. They were followed by a more sophisticated group called VIXX. Dressed like modern day ninjas, they filled the room with awe due to their classy yet strong impression. 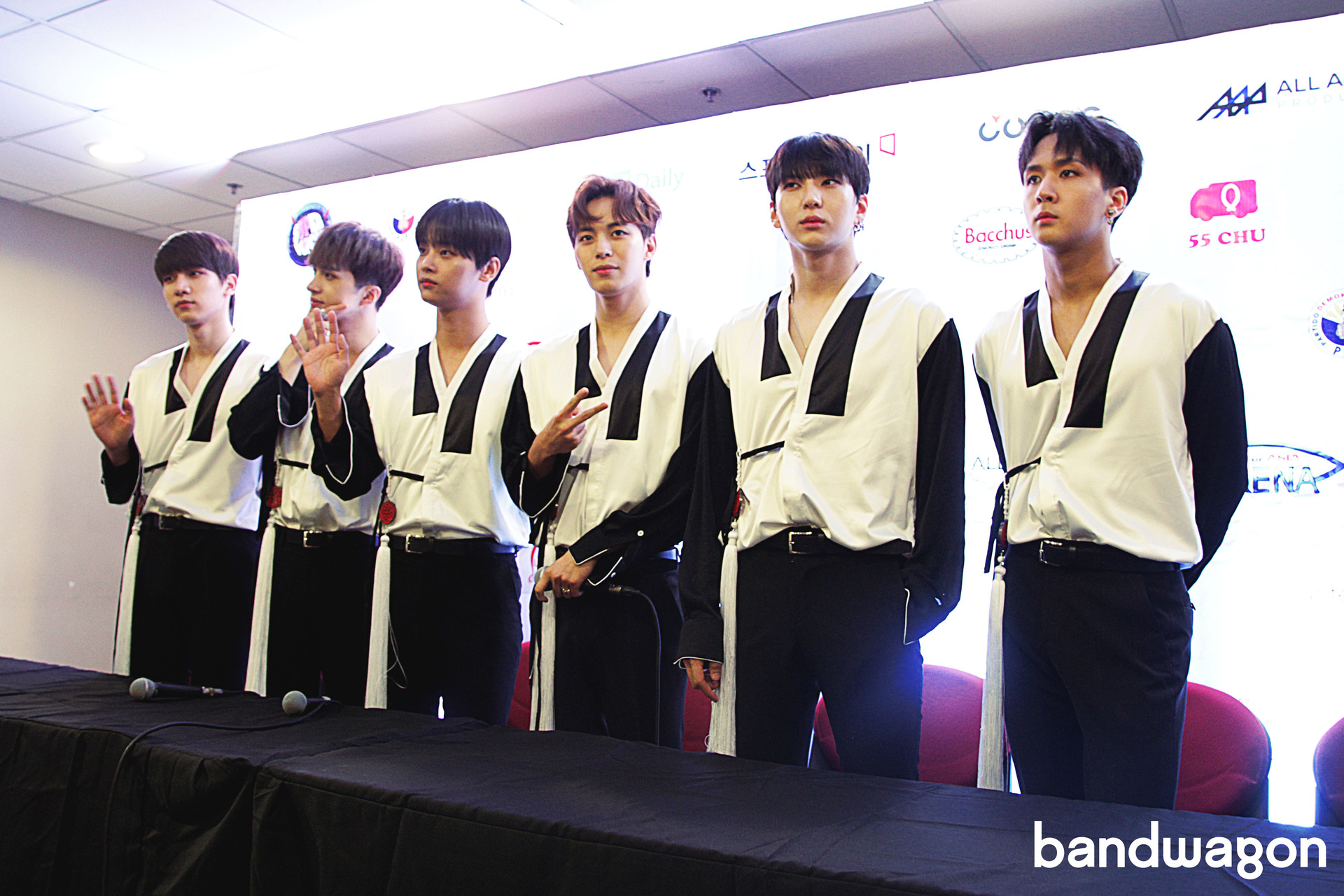 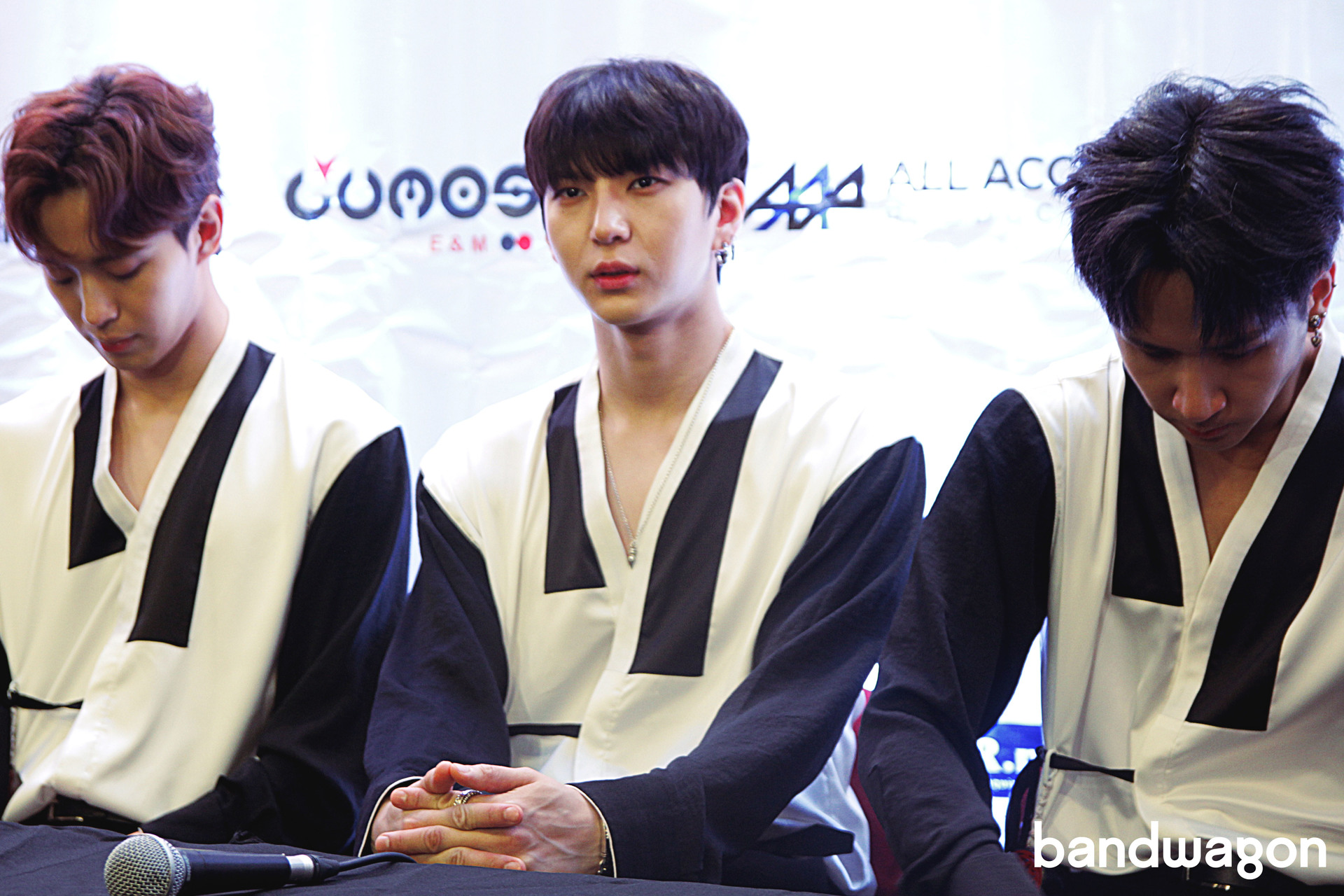 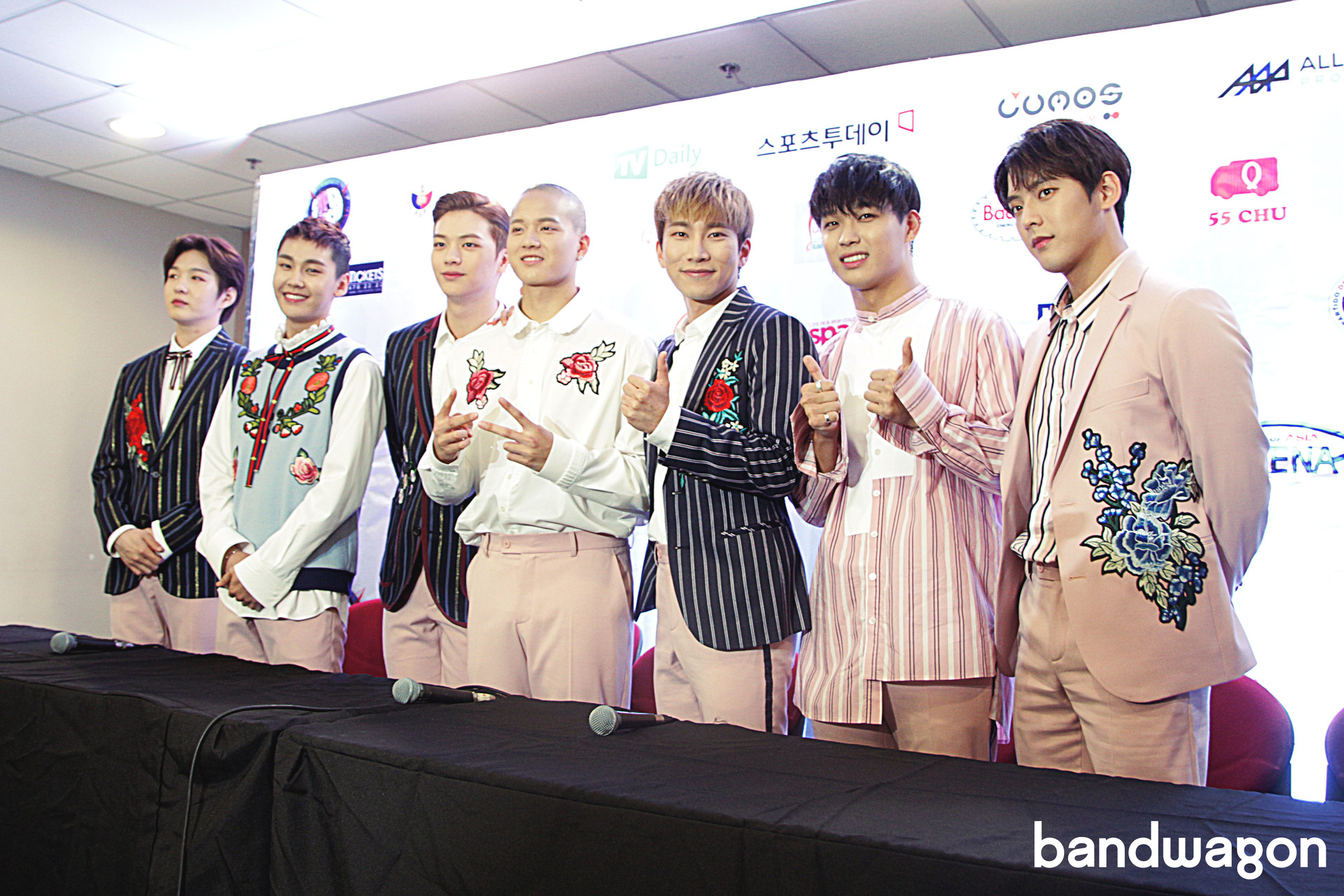 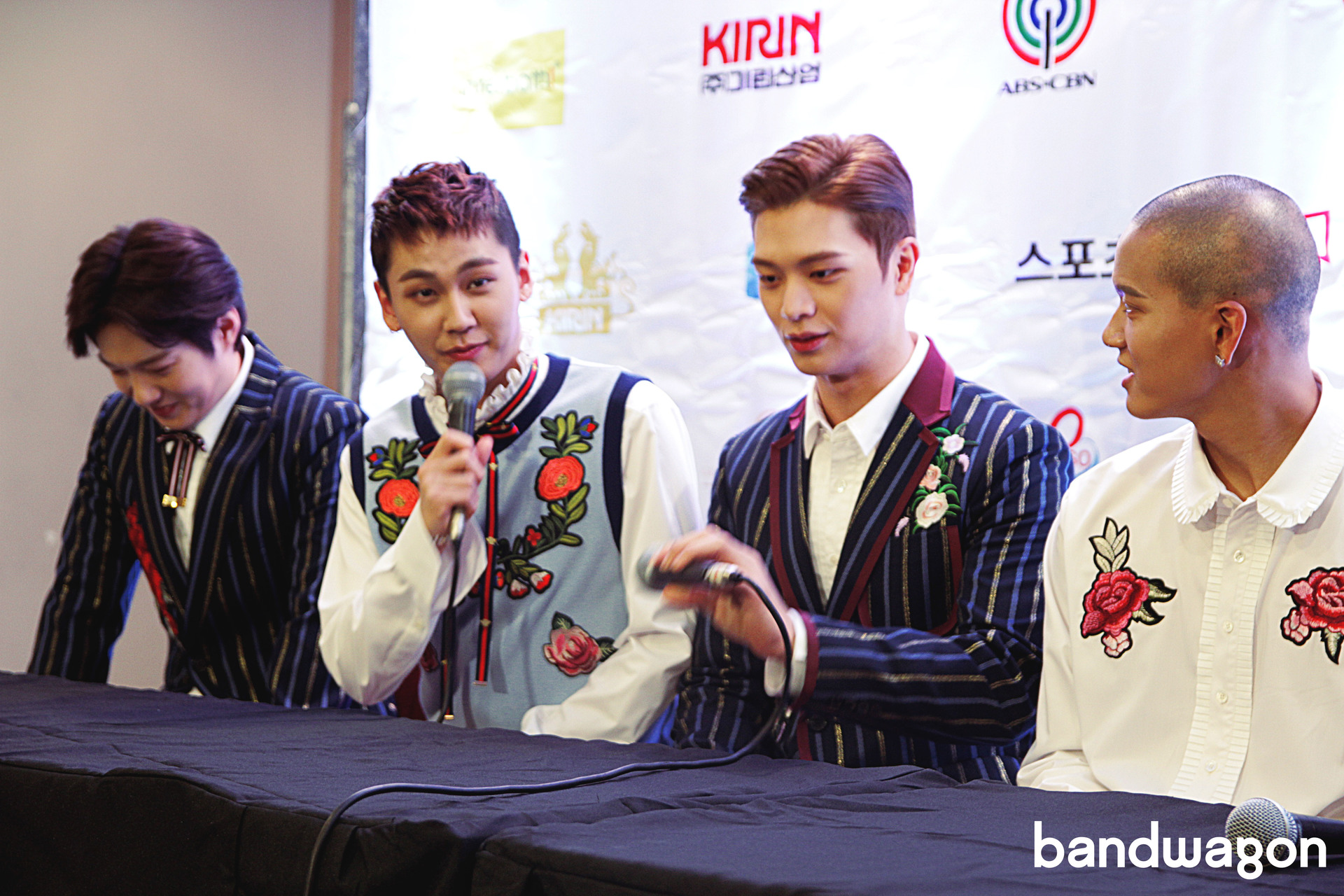 Everyone started to loosen up as the next group was packed with comedic antics and a variety of character. BTOB walked in with their jolly aura, and even finding their own way to direct on which cameras to look at for the photo op. Goblin star, Yook Sung Jae, is a member of this group and has collected various reactions from the crowd. They even shared, “Our Filipino fans are hot but they will become hotter after our performance.” 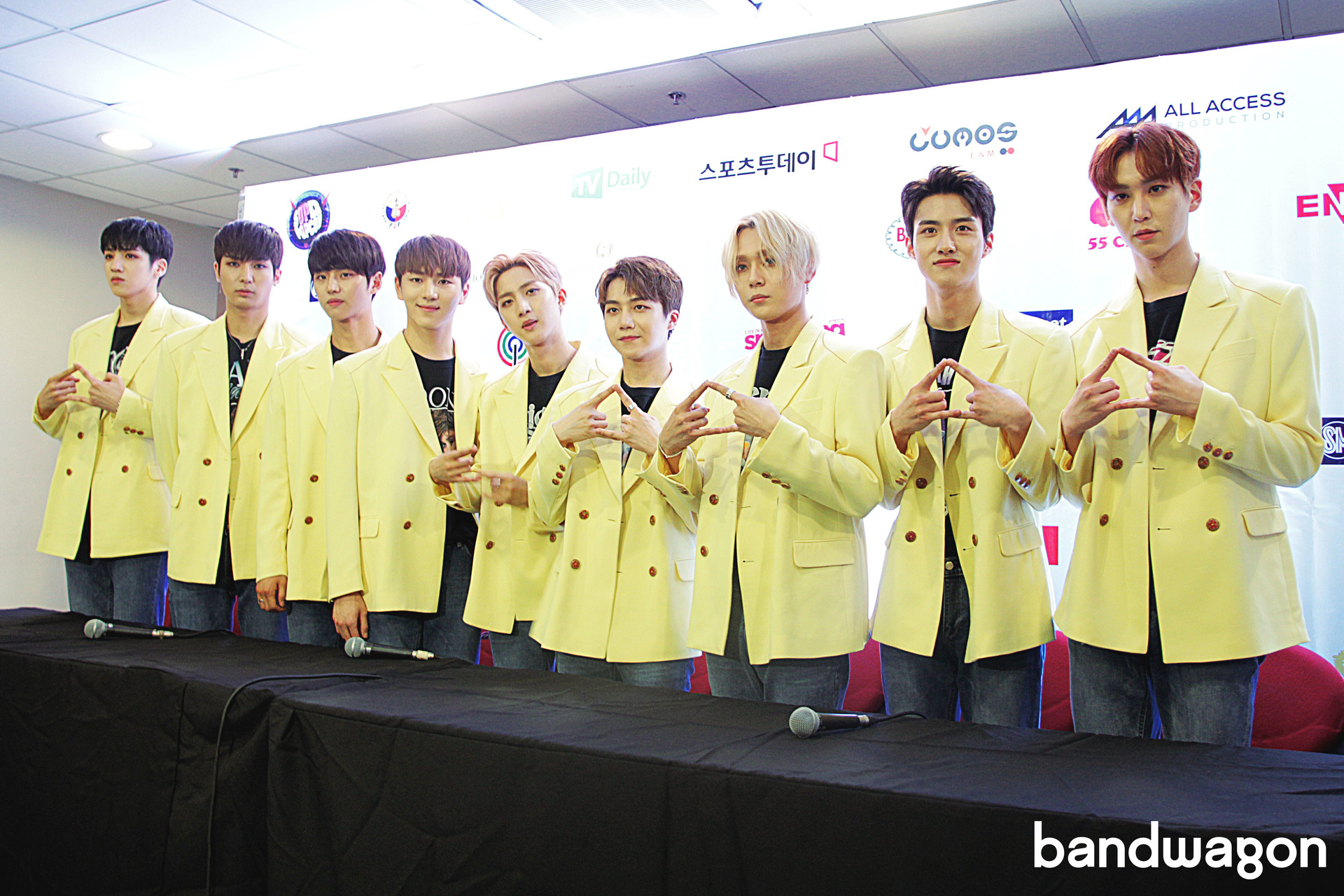 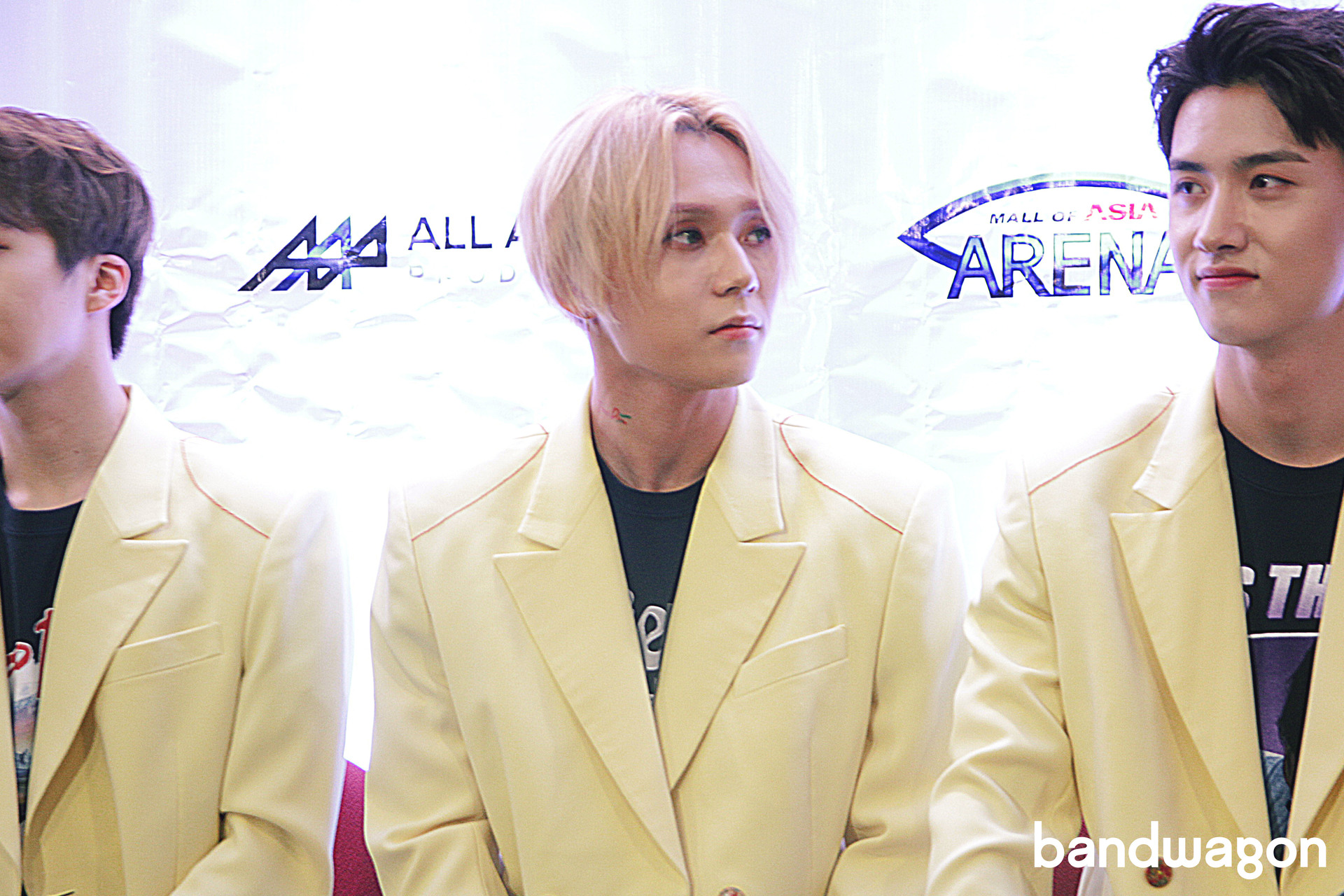 The next group was a rookie in the K-Pop scene. However, they are no strangers to fans that may have witnessed their performance during TV5’s New Year countdown at Quezon City Circle. Pentagon filled up more seats than the past groups and shared mixed personalities with how diverse their members are. After they ended their session, Kriesha Tiu entered the room and captured many hearts from the press. This K-Pop Star 6 finalist didn’t only get her charm from her soothing voice, but she is also a Filipino who’s true to her roots. She also shared how she enjoys coming home to Manila ever since she debuted as a K-Pop idol under Urban Works Entertainment.

Afterward, B.I.G. occupied the room wearing their all-white outfits and enthusiasm. Their member, Benji, shared how they enjoyed being a guest at ABS CBN’s Showtime the day before. He also expressed how he was grateful for how Filipinos welcomed their group in a very comfortable setting. The final group that filled the room with enthusiastic fans reflected a classy and fierce aesthetic design. B.A.P. entered with their strong facial expressions and well-refined outfit choices. 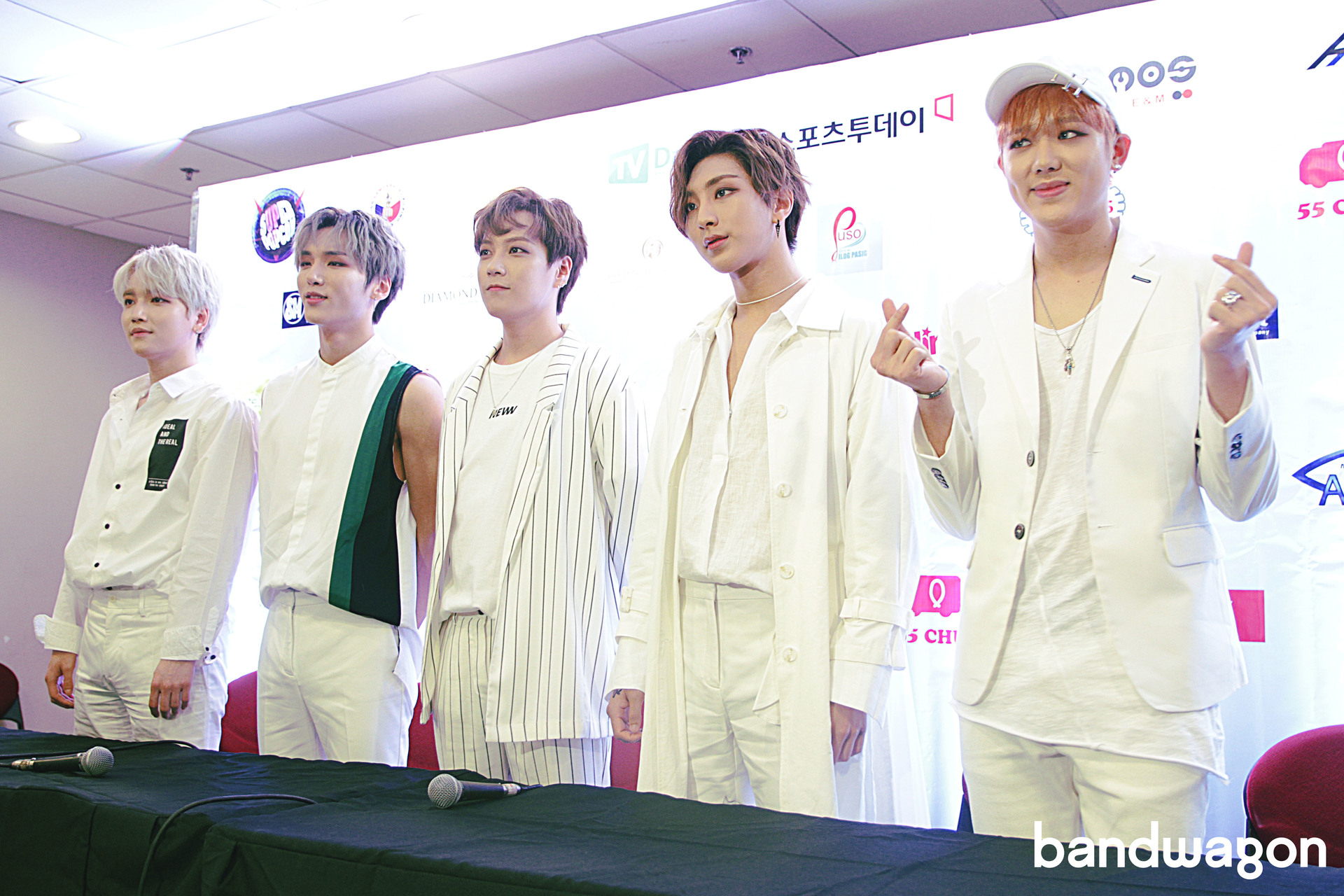 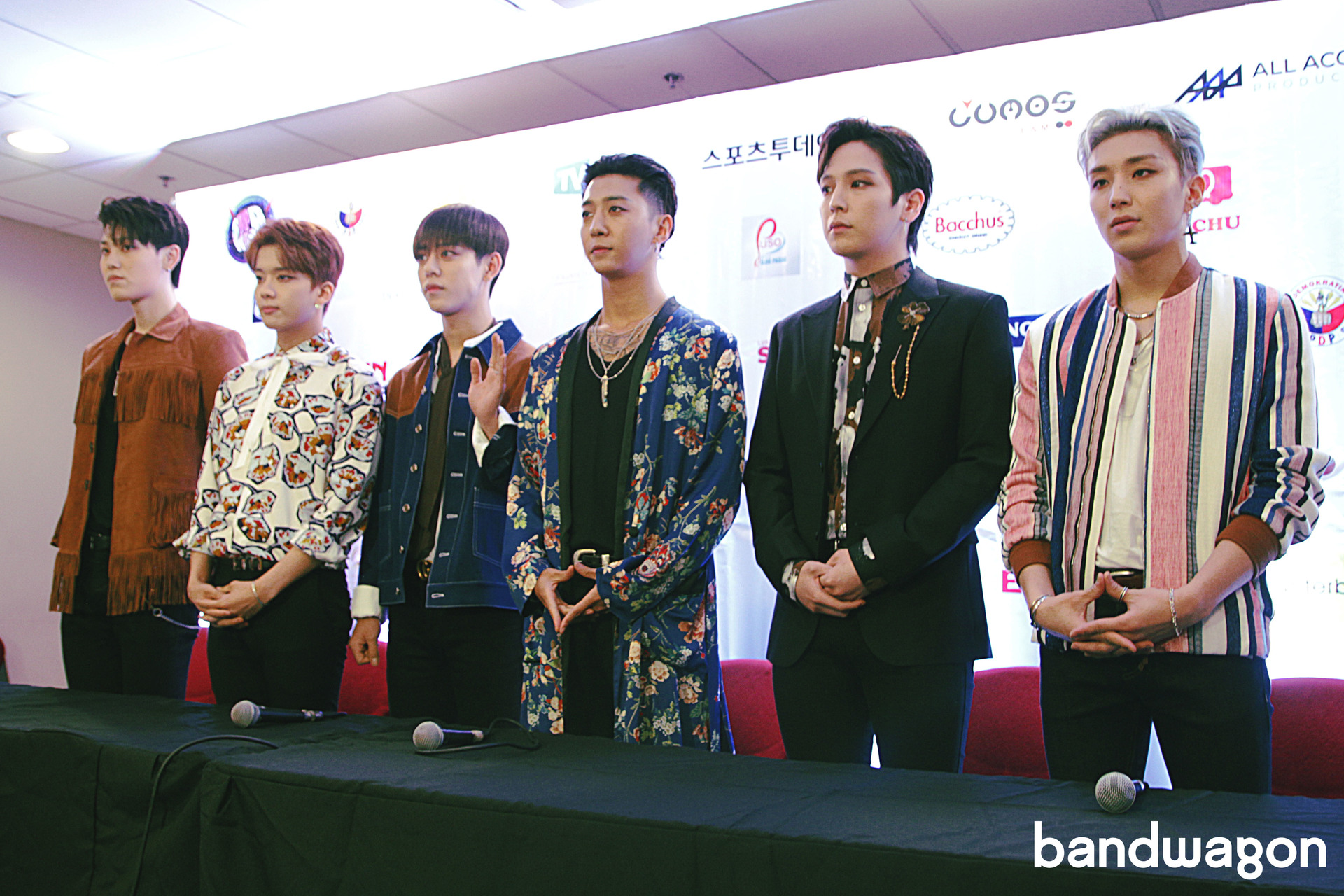 The session ended very quickly, but anyone could tell how writers and photographers in the room were holding back their screams inside their heads. We were ushered to our section in the concert hall afterwards.

Surprisingly, we ended up in a section packed with Melodies (aka BTOB fans) holding slogans and printed copies of the fan chants. We asked where we could get one for ourselves, since we were excited about actively participating in the fan activities during their performance. Later on, a kind young lady handed us one slogan for each of us. It was our only physical souvenir from the event and we took care of it on our way home. 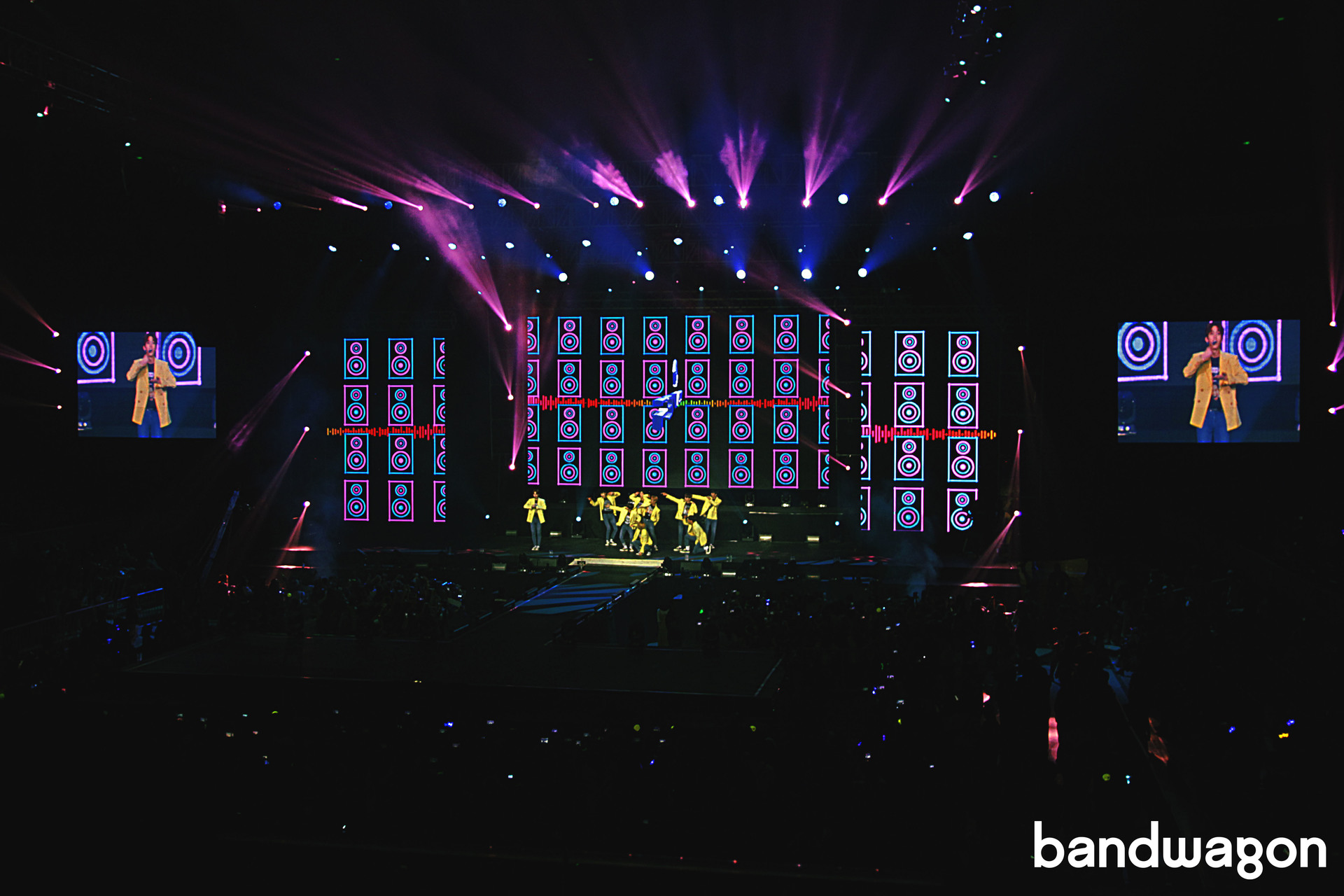 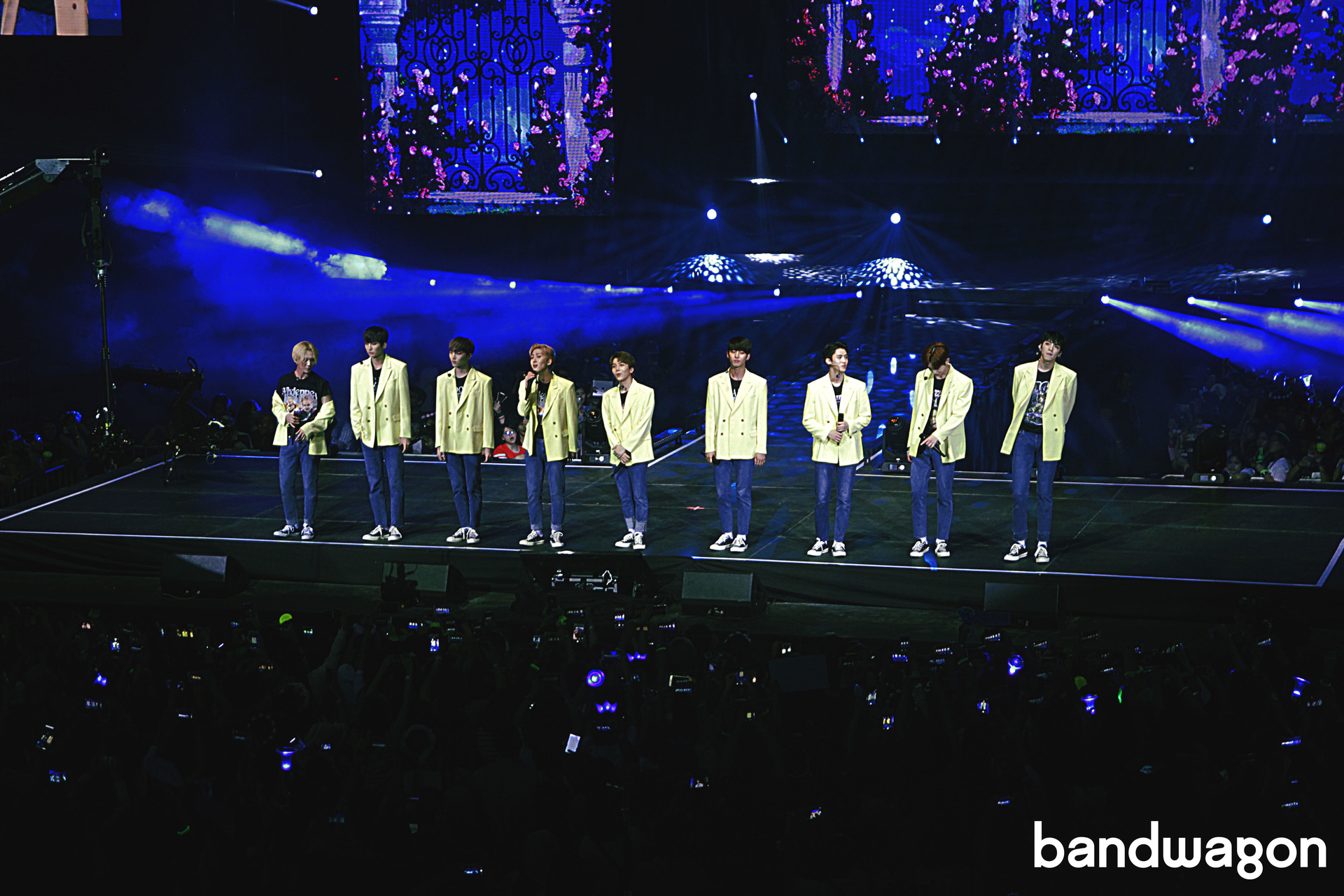 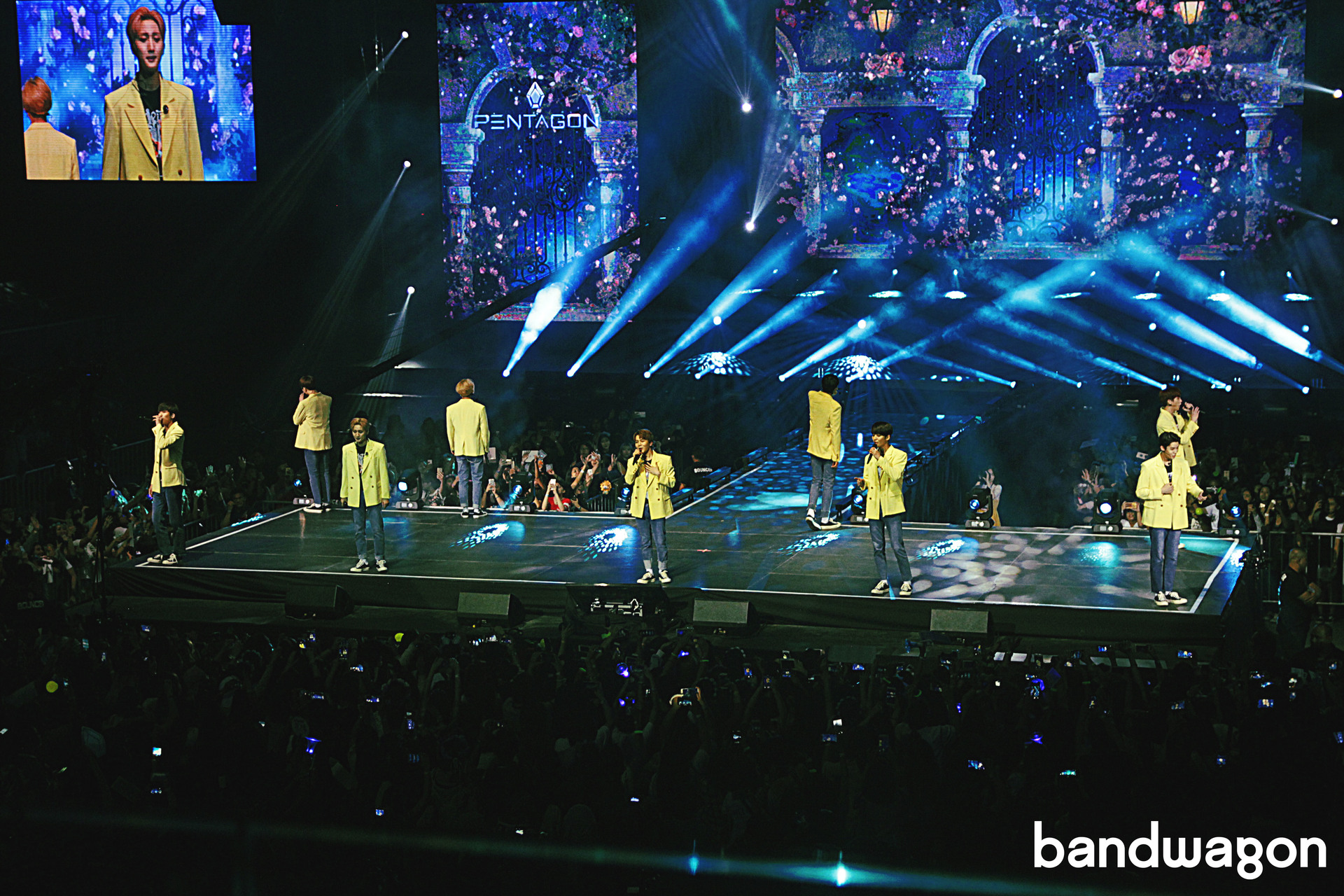 All of the performances were fueled with variety and definitely personalized by each group to their fans. Pentagon performed on a big stage in the Philippines for the first time. They thanked their Universes (aka Pentagon fans) for supporting them, especially with their recent comeback album entitled Ceremony. 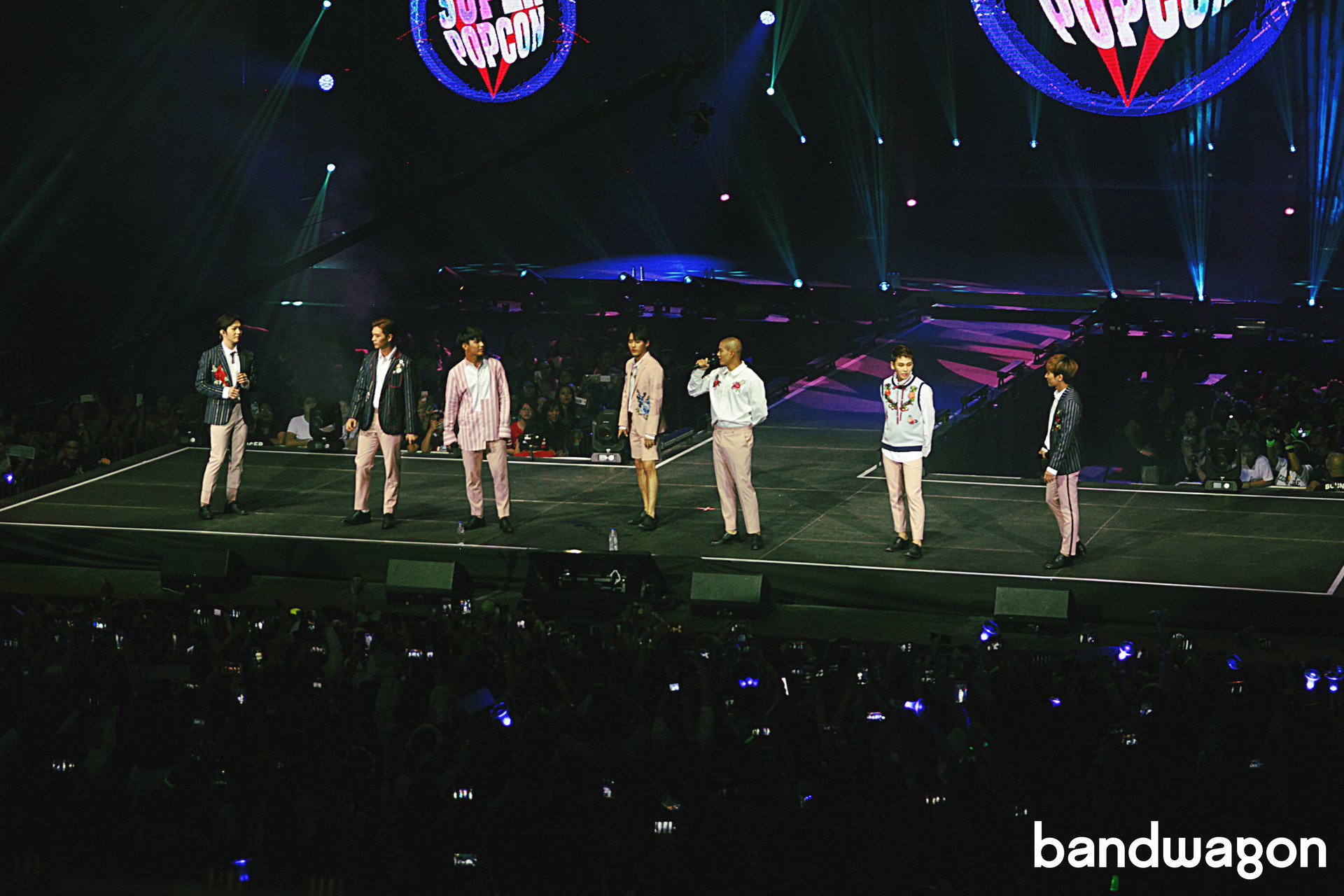 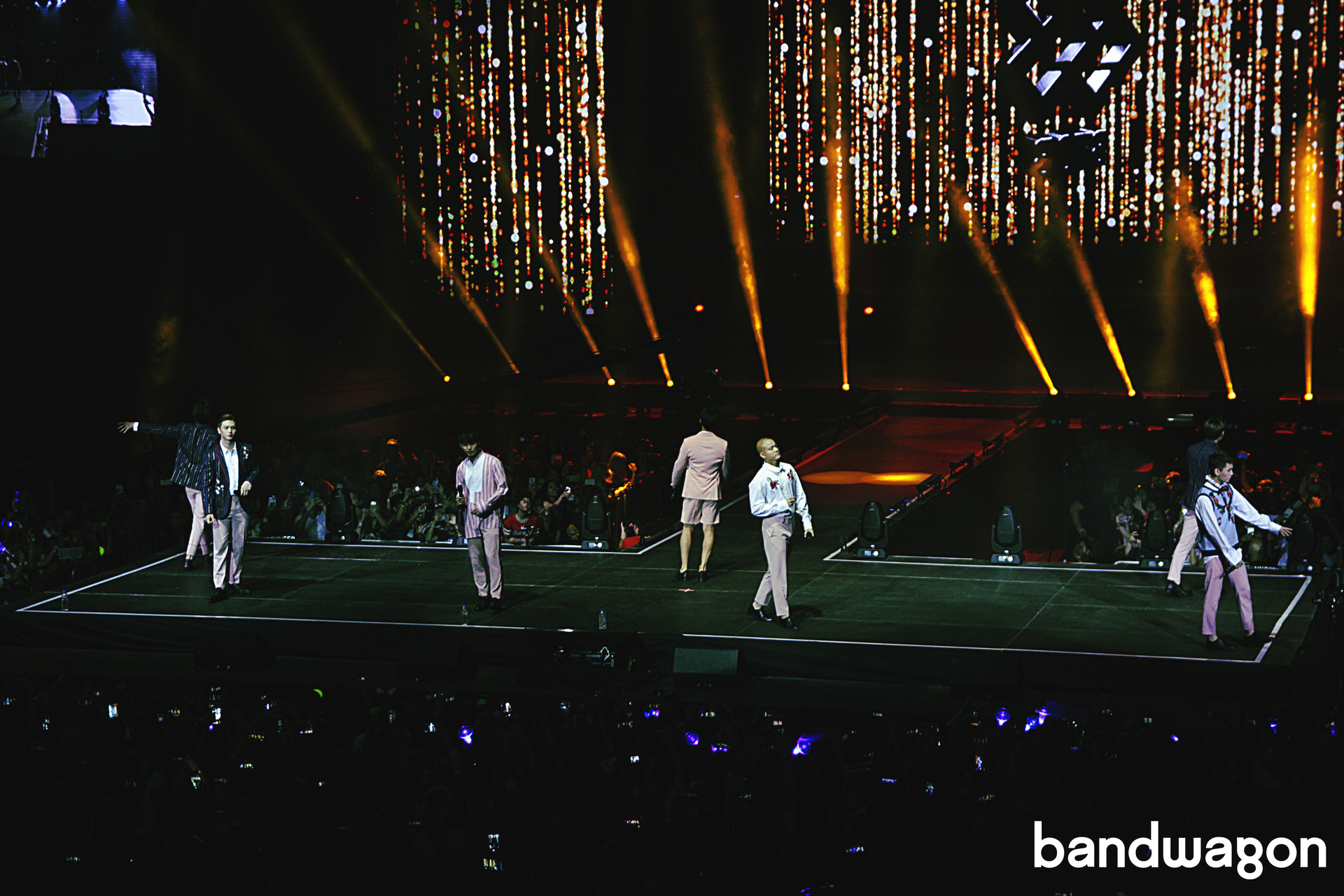 They were followed by BTOB that entered the stage as if they were in a variety show, embracing their antics and greeting the fans from the pit. Their fandom light sticks, which were shaped like a blue trumpet, rose from the crowd. We also anticipated their live performance of Movie, as they were wearing the same outfits that they wore during their Music Bank Special Stage set. Last time they were in Manila, it was the same time they released their new album Feel ‘Em. This was the first time they performed the hit single in our country. They also shared how their Filipino fans have been waiting for a solo concert, and Peniel said “We’ll talk to our company about it.” 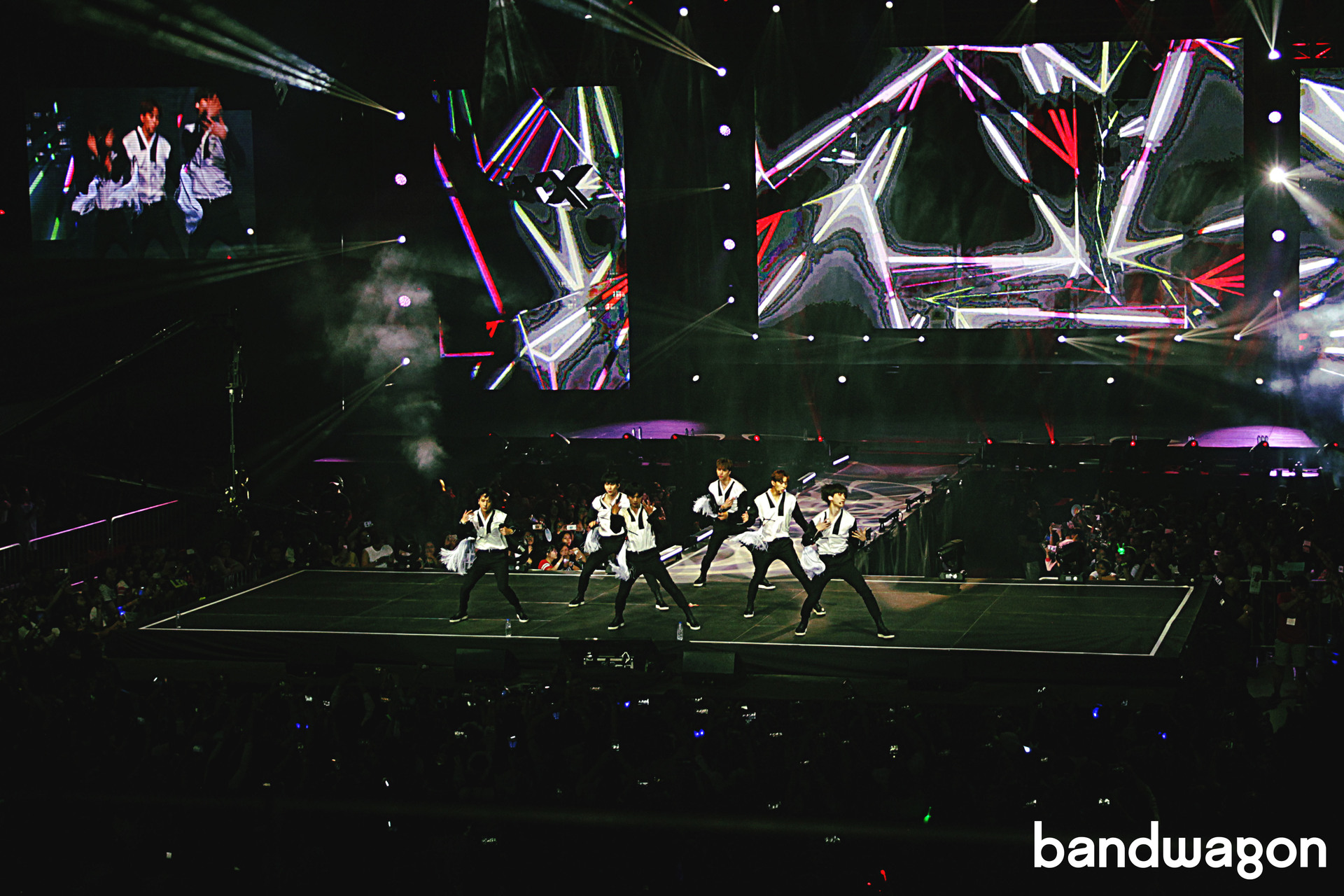 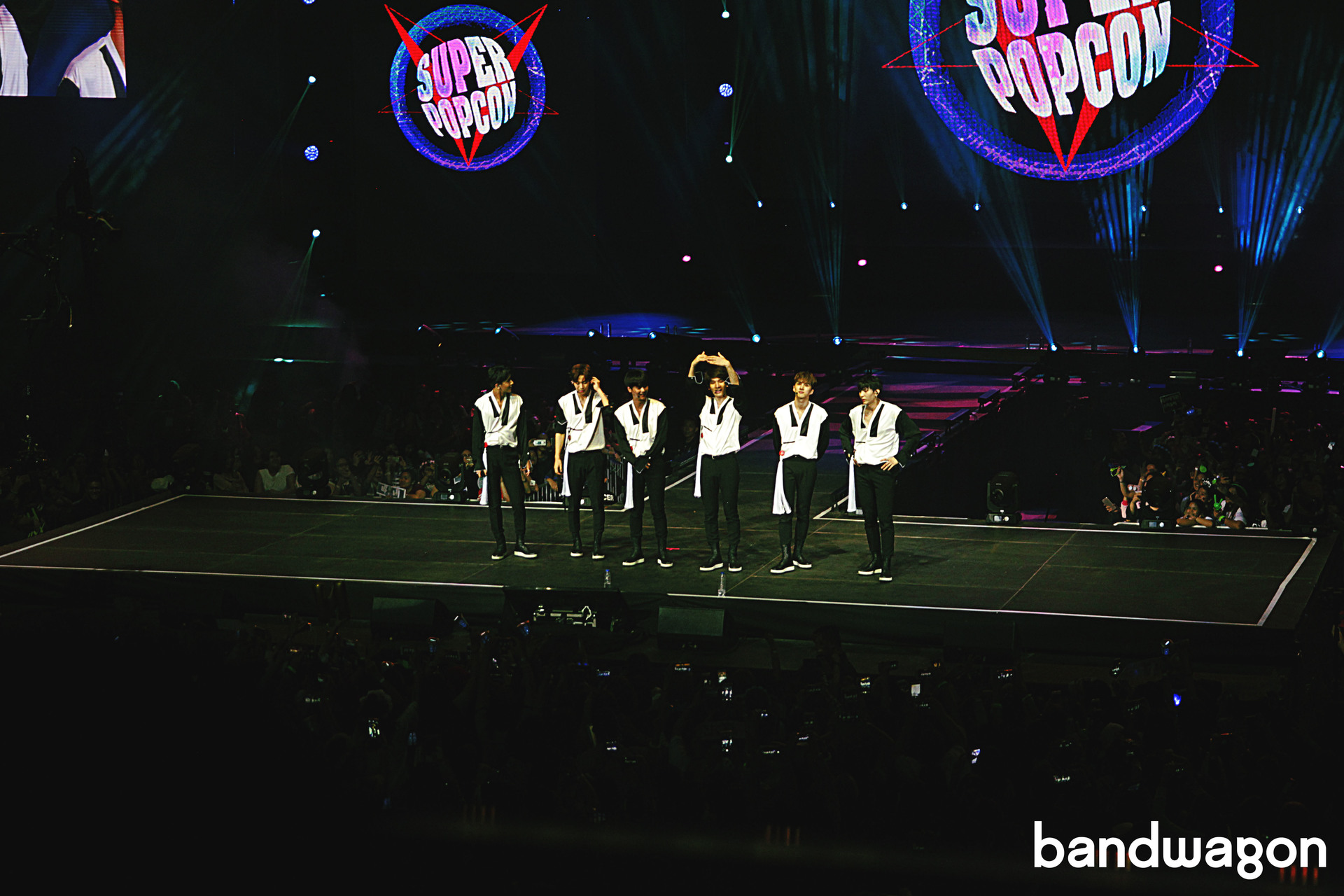 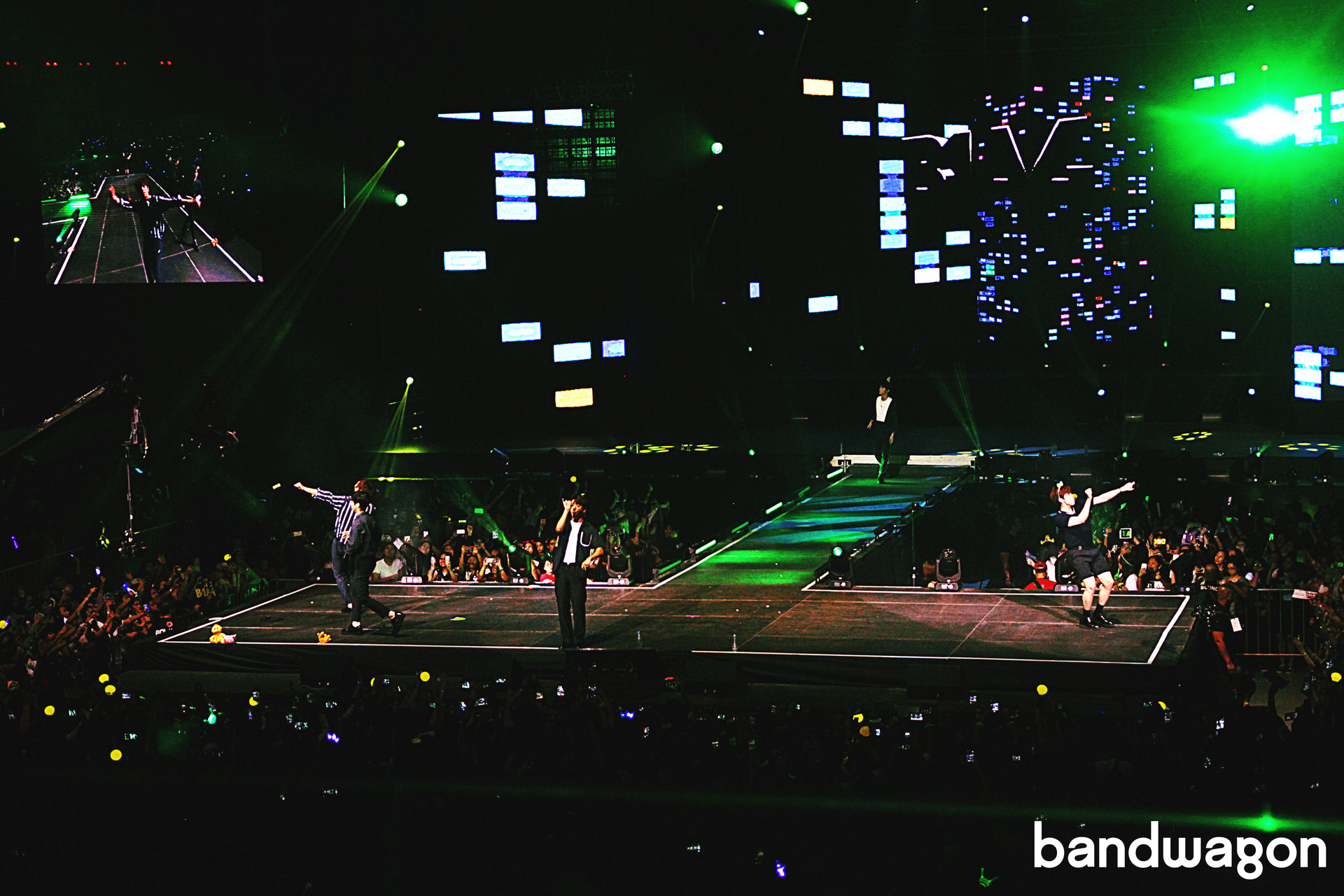 Afterward, VIXX walked in with the screens showing a painting as visual aid to their performance. They’re another group that recently released a new album. Theirs is entitled Shangri La, living up to their label as Dark Concept Kings. The mood brightened up after their set when B1A4 sprinkled the stage with their confetti and close fan interactions. They performed Good Timing while approaching fans, wearing headbands, and grabbing the gifts they passed. 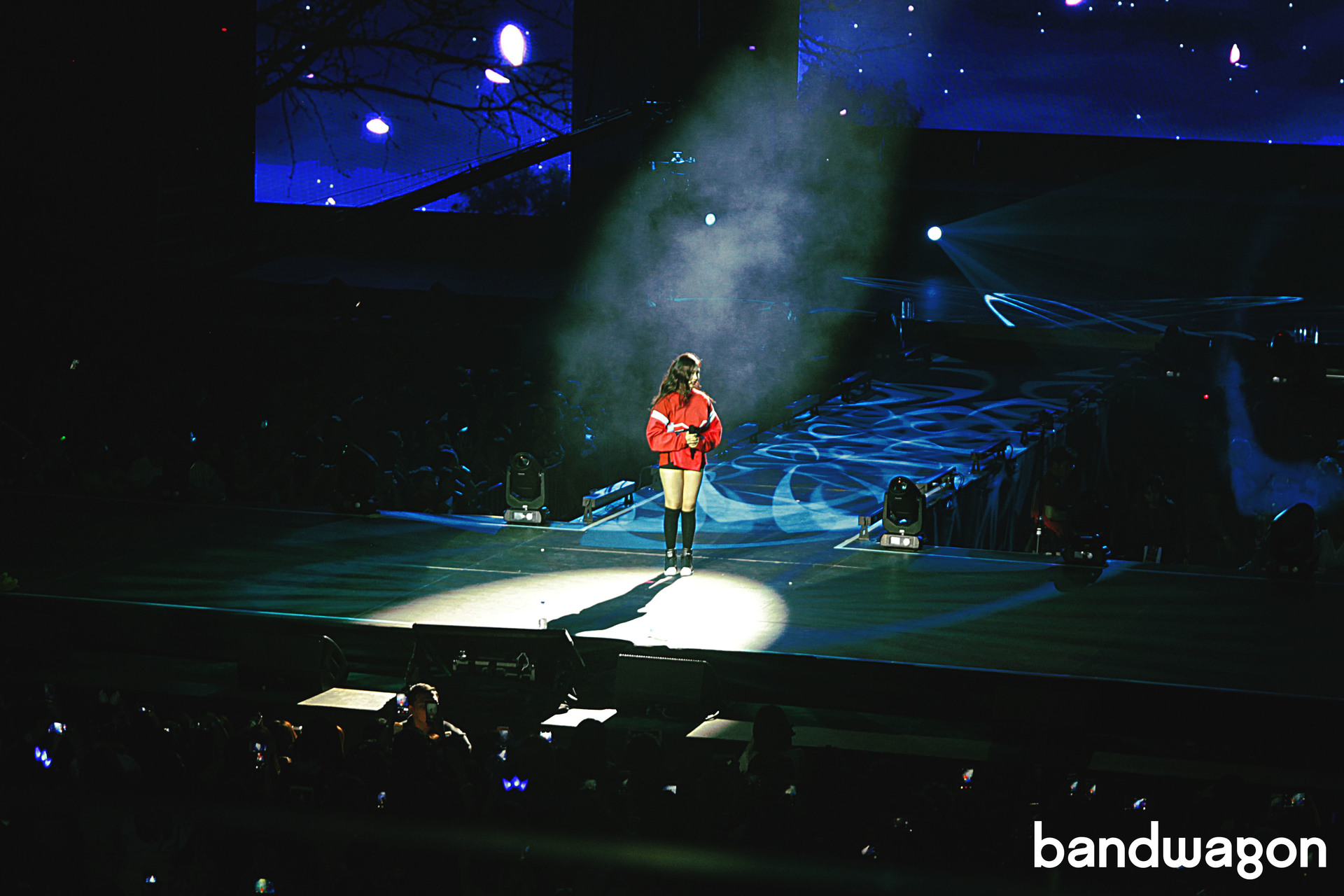 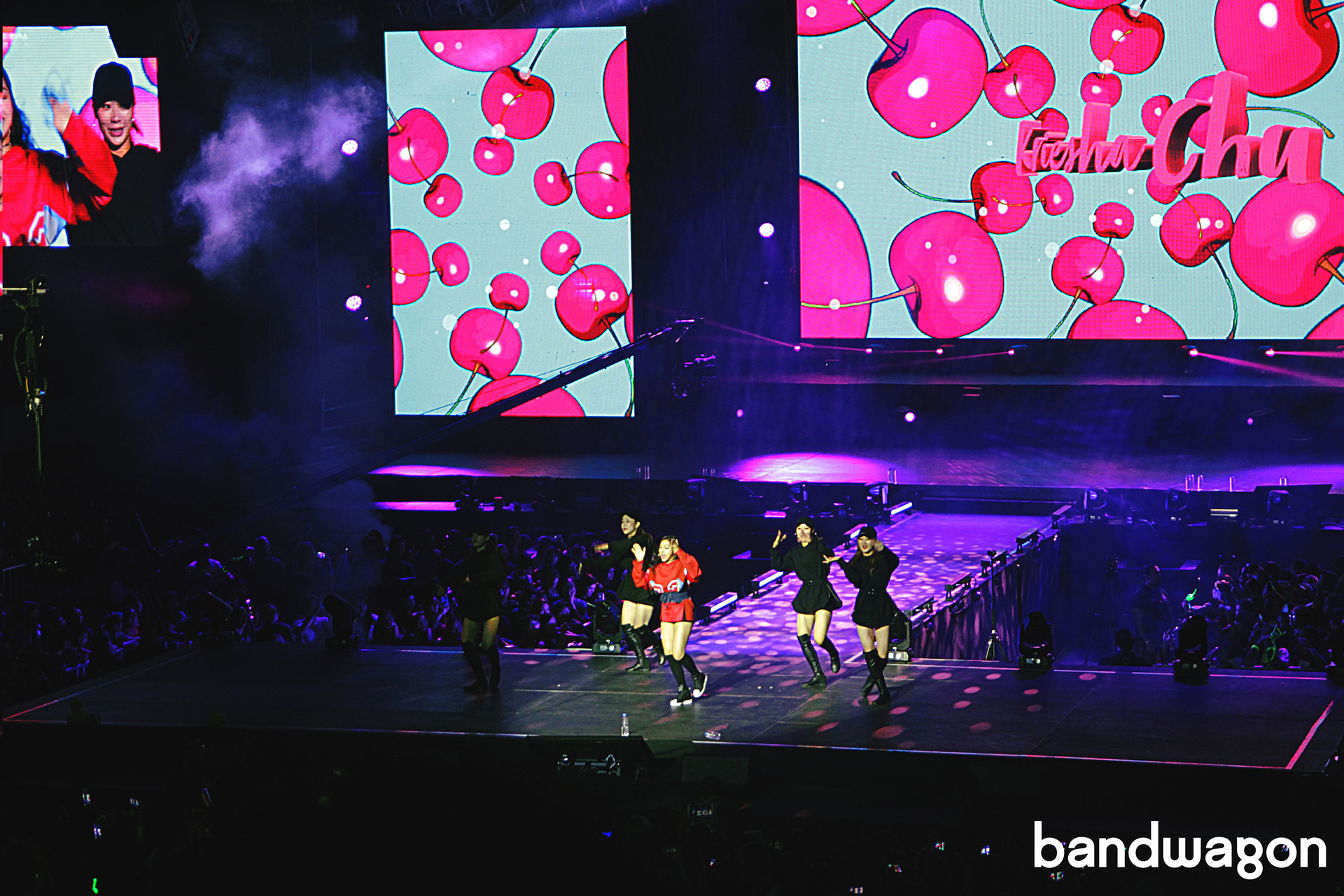 Kriesha Tiu found her spot on the stage quickly with her dancers accompanying her as she started with Trouble. She thanked the crowd for giving her a warm welcome and supporting her as an artist. As a gift to the Filipinos, she performed Bitiun Escalante’s Kung Ako Na Lang Sana. 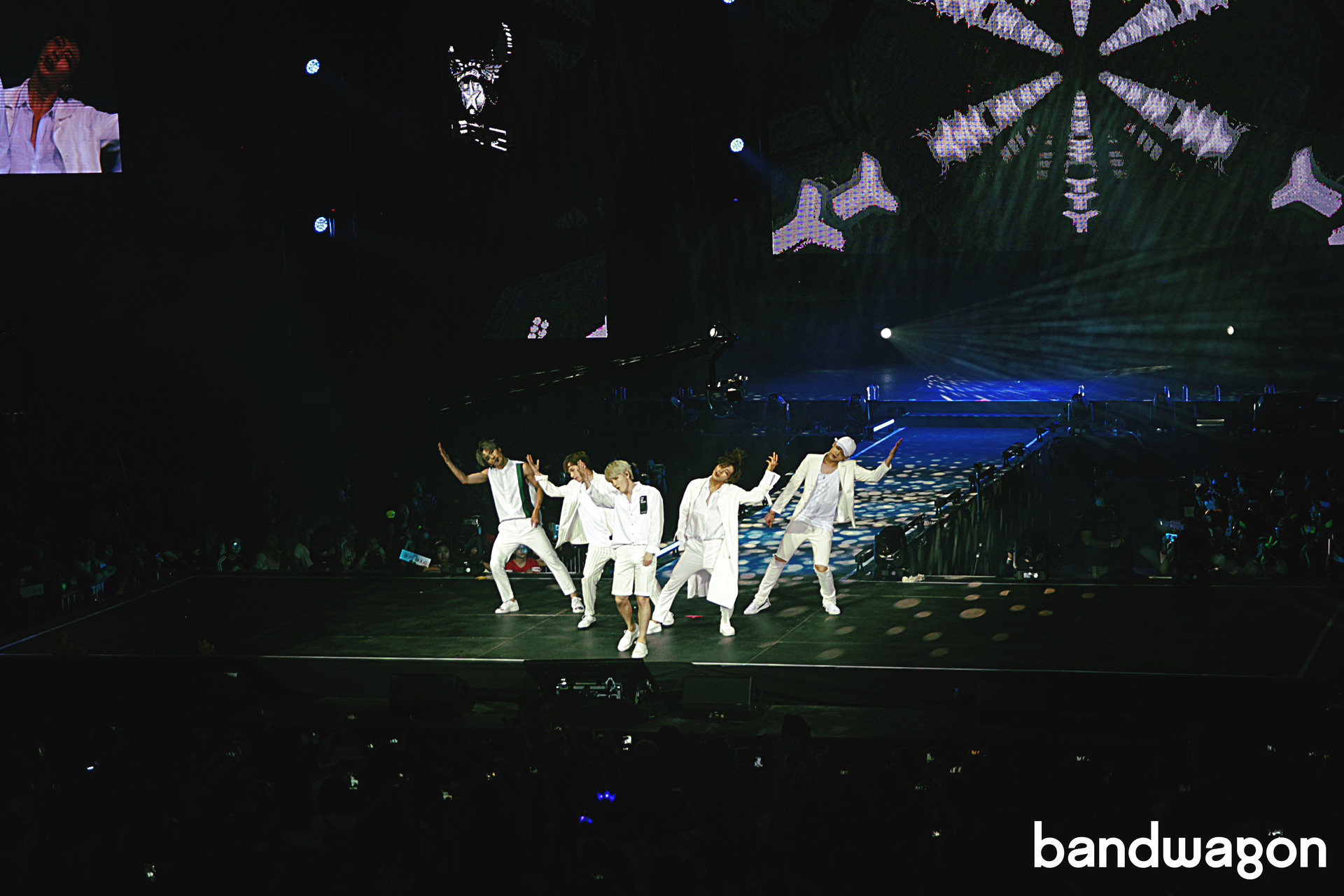 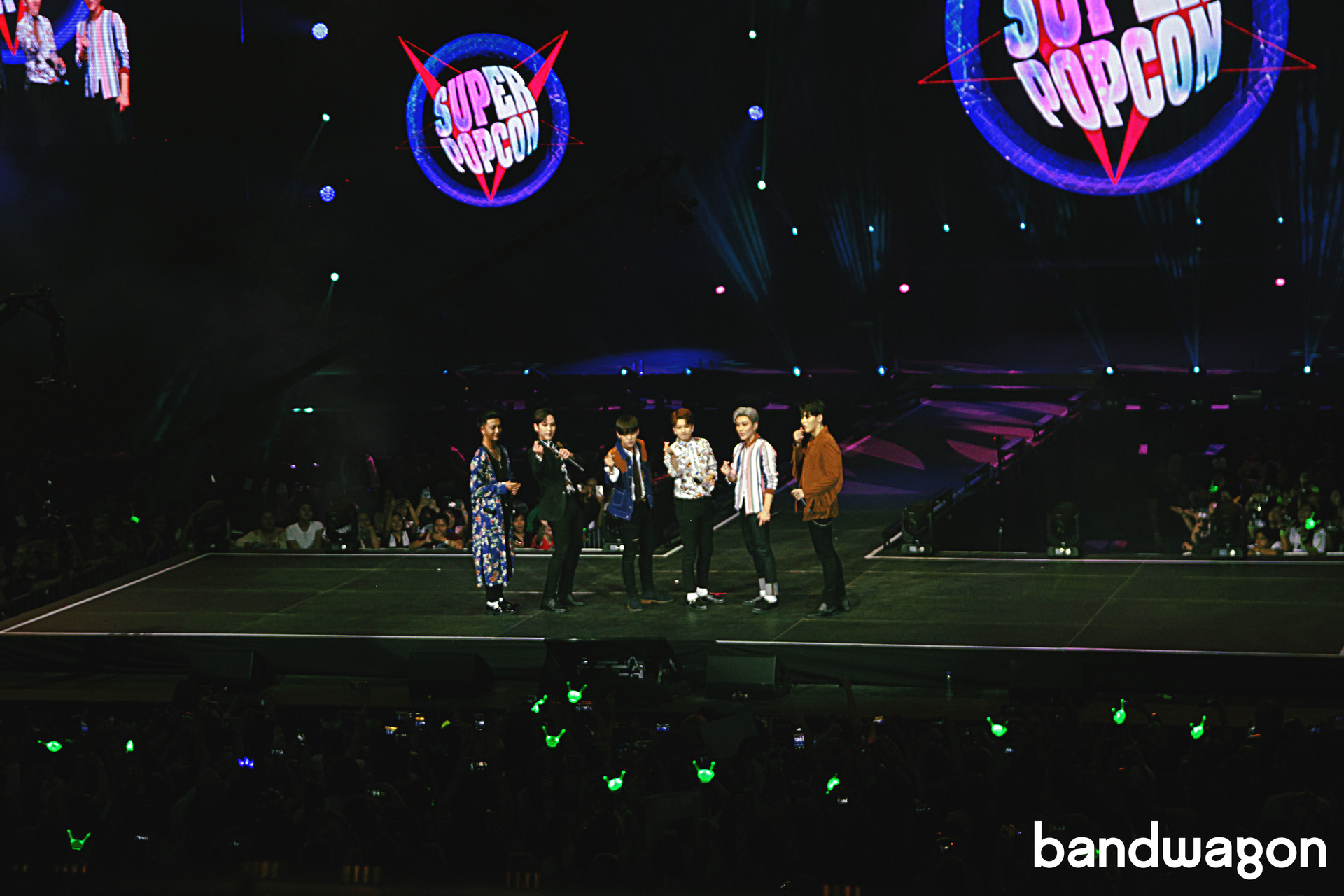 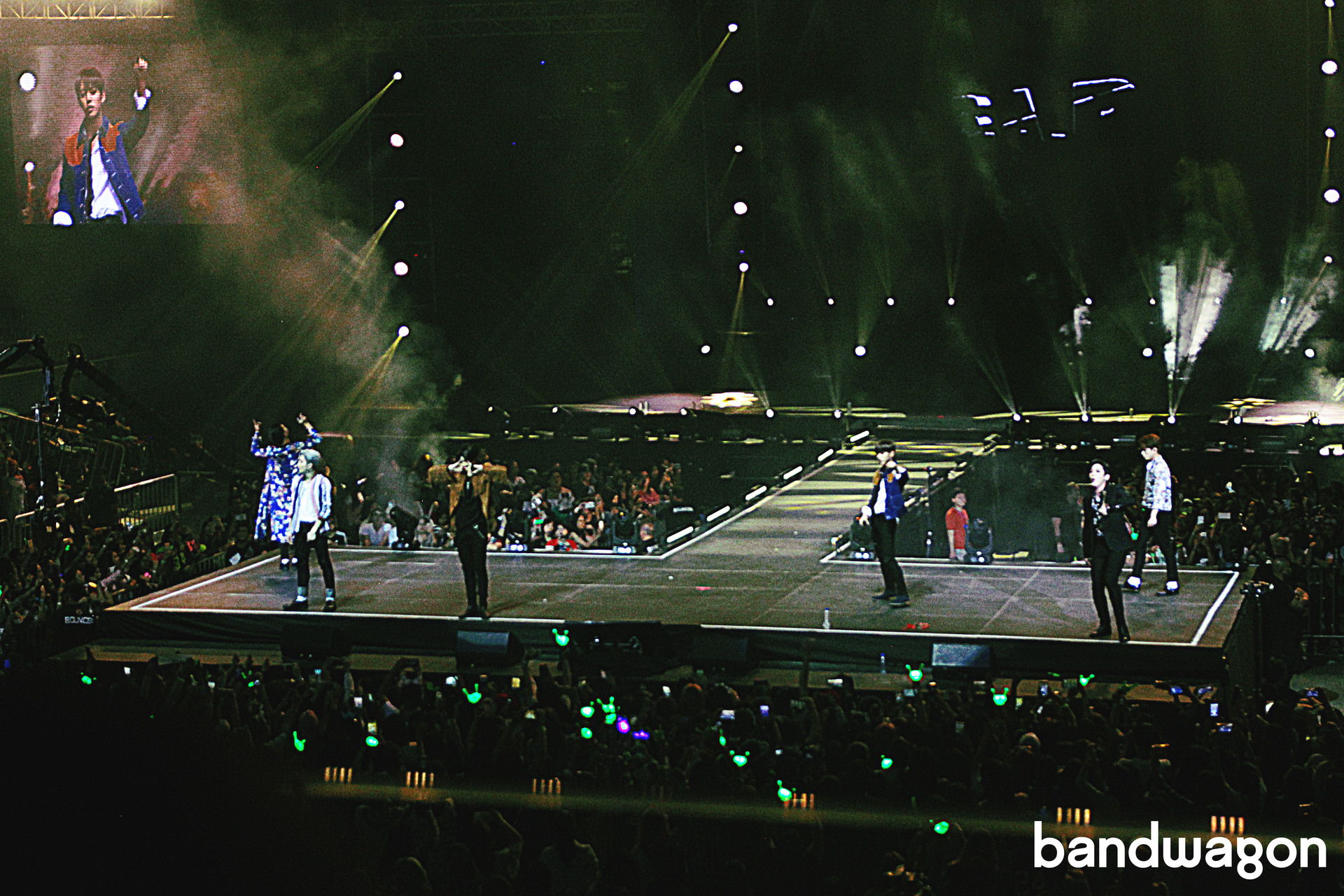 The last acts were as powerful as the first ones. B.I.G. greeted the crowd with infectious enthusiasm, and Benji shared how grateful he is that Filipinos have been giving them a great time. They also announced their upcoming solo concert on September 2. Fans could meet and greet with them during their first day of ticket selling at the following day. B.A.P. closed the show with their strong presence, as they showcased how euphoric they can be without brushing off their fierce character. 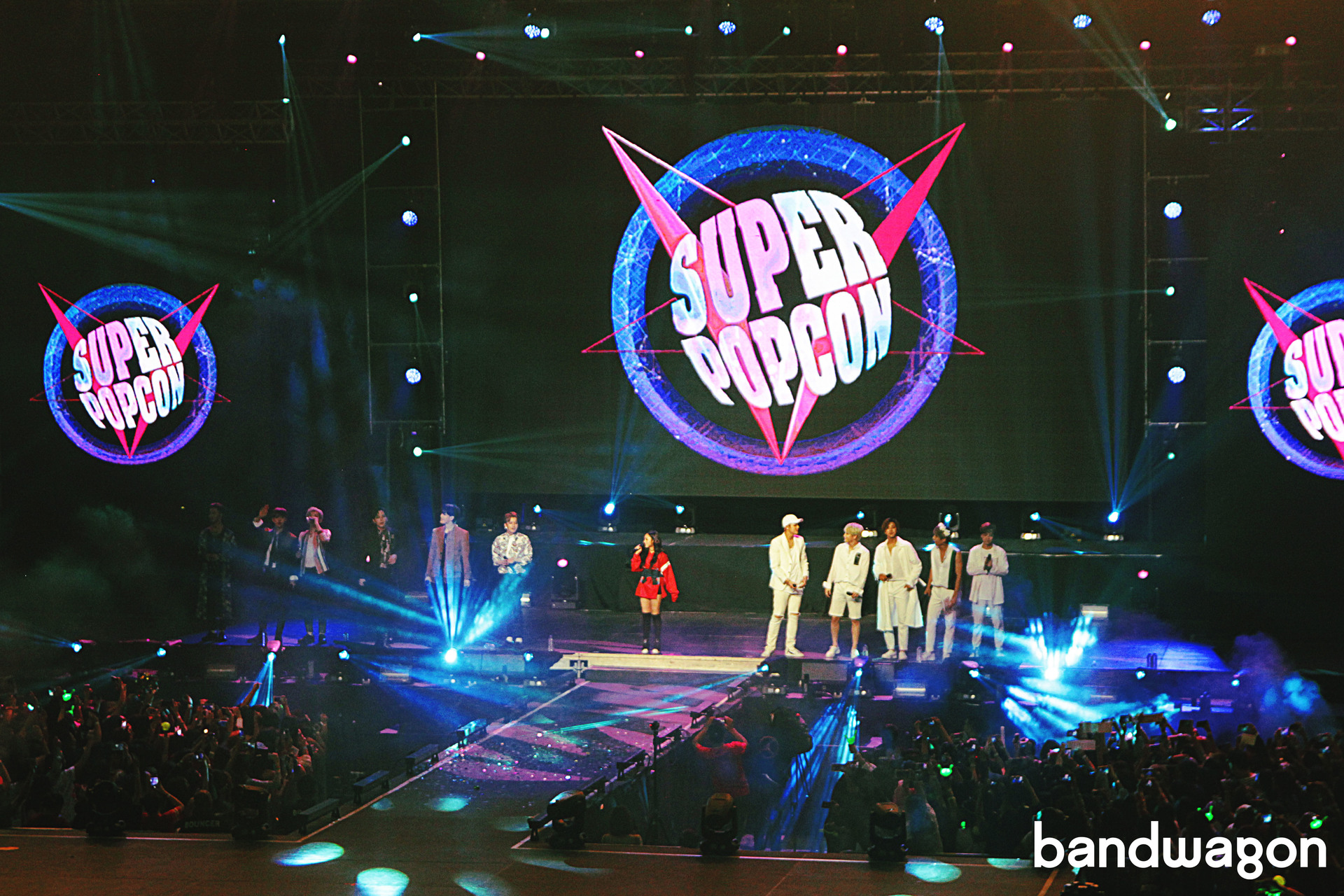 We exited the arena facing fans singing together and staff giving away free snacks to us. It was a peaceful yet eventful Friday night in Manila. Certainly, it was an unforgettable ones for those that have waited for this concert in a long time.

Special thanks to All Access Productions for inviting to the show!