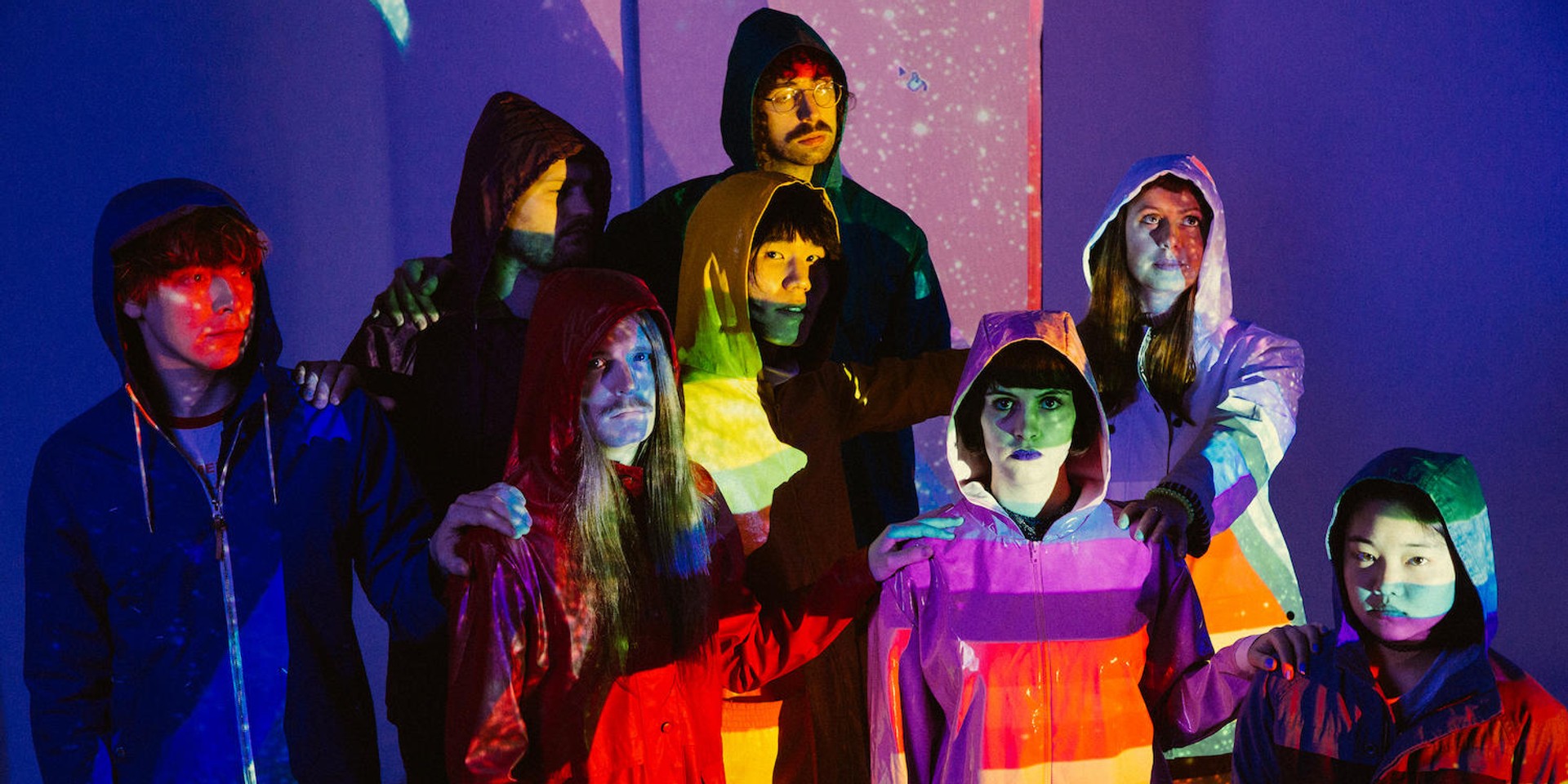 2018 was a hallmark year for a slew of incredible musicians, including art pop octet Superorganism.

Having formed in late 2017, the band comprises of members from all over the globe, and released its debut album last year. The band has been on a roll ever since, performing at some of the biggest festivals in the world and selling out shows across the planet. Recently announced as one of the acts to perform at the esteemed Coachella festival in 2019, the band is poised to make big moves in 2019 as well. Thankfully, for us in Singapore, Symmetry Entertainment has ushered the band to our shores for us to watch them at it.

Bandwagon had the chance to speak to guitarist Harry (pictured, left) and asked him about performing in Singapore for the first time, meeting his band mates and his musical philosophy. Find out what he had to say in the complete interview below.

It feels really exciting. So I've flown through Singapore so many times in my life because I'm originally from the U.K. but I've lived in New Zealand quite a bit, my family lives in New Zealand so it means I've gone through Singapore quite a few times and I've only ever stopped off for like one day at a time, a couple of times and I really enjoyed my time there. I'm really excited to be able to spend more time there, and of course play there. My cousin actually lives in Singapore, and this will be the first time he'll ever see me play live so I'm really excited about that too.

2018 was definitely your breakout year. How do you feel about the success that the band enjoyed last year?

It's interesting that you ask me now because if you had asked me that a few weeks ago, I wouldn't have known what to say because when you're going through a year like that, you don't really have the chance to stop and reflect on it at all. We've had a few weeks off over Christmas and that was the first time that I've been able to really do that since the year started. It just blew our minds really. We've traveled around the world, we've played in Japan, Mexico, all around America. I've been to so many places that I never thought I'd get to see in real life, never mind play shows in.

We were able to meet people from all around the world and getting to experience all these different cultures and backgrounds. There's something really special about the realization that there's this global community of people that appreciate your music. We've also played some really big festivals, played to some huge crowds and we've met some musicians that we really respect and look up to. We've done a bunch of things that have really been a dream for us.

Congratulations on being included in the Coachella line-up and congrats on the debut album. Was it a conscious decision to pair guitar rock with electronic music?

Thank you so much! It's insane, isn't it?We've always wanted to play at Coachella but never actually thought it would happen, let alone this quick. We're all super excited. As for pairing guitar rock and electronic music, I don't think it was a conscious thing. It's a hard thing to put your finger on.

When you're creating music and you're trying to find your own unique voice and you're trying different things – like me for example; the first instrument I started playing was guitar. It's the easiest thing to pick up, you just learn to play a few basic chords and all of a sudden you're playing the songs that you grew up listening to. I personally started writing songs solely on guitar.

As I grew older, I began incorporating more influences from my youth, and I think the same can be said for the rest of the band. For all of us, I think it was the same kind of progression, where we went from playing basic instruments to figuring out how to do music production ourselves, use synthesizers and drum machines.

I've found myself listening to a lot more of the classics, a lot more old-school kind of rock bands, I'm really out of touch with modern rock because it's not really a genre that I find interesting anymore. I think once you look back at all the classics, you can't really escape the influence of the Rolling Stones. So yeah, I would say it's not a conscious effort to incorporate all these different genres, it's just part of our musical DNA. 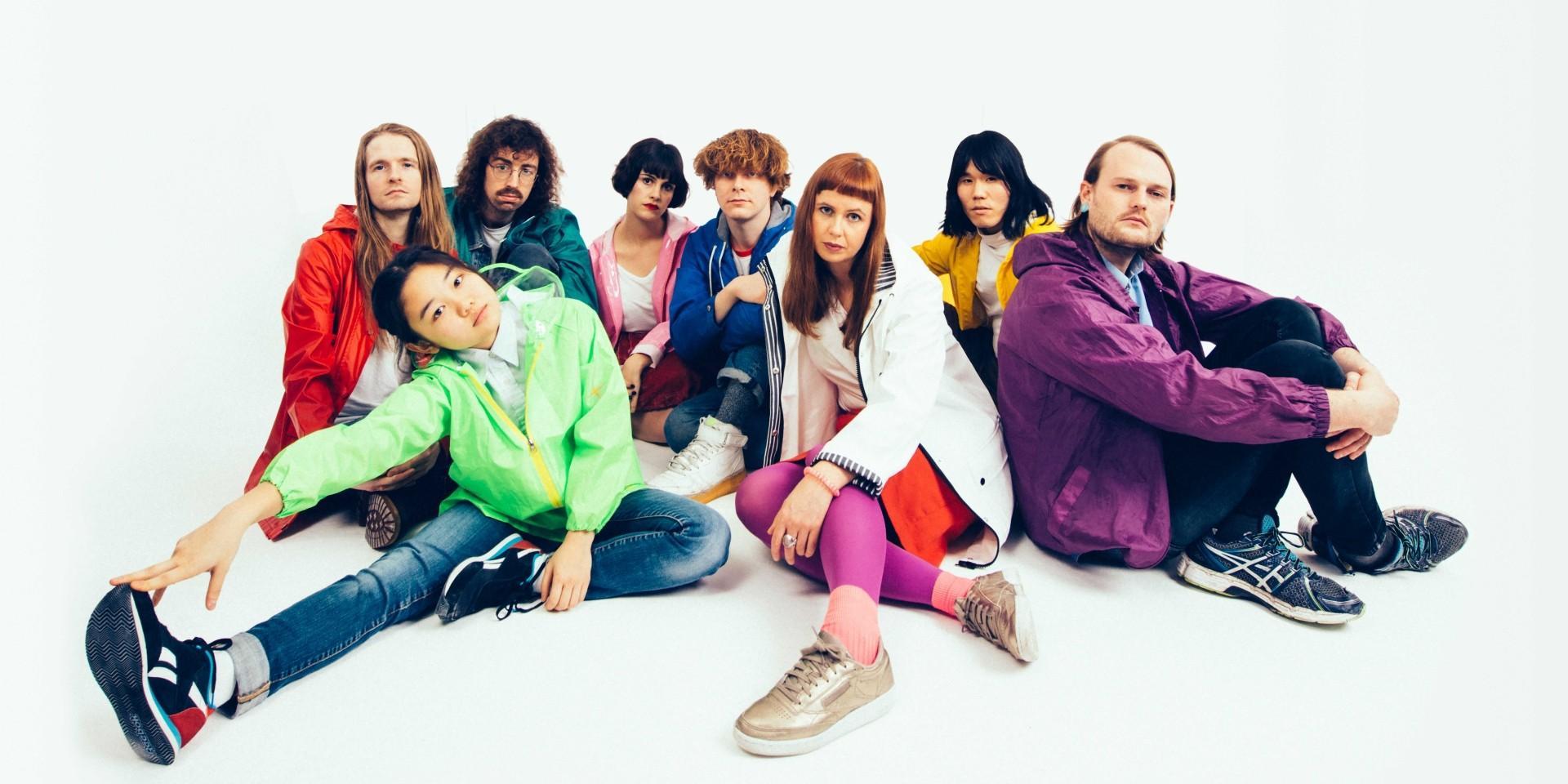 Now that you're done with the first album, has the band begun the writing process for the second record? If so, is there any pressure heading back into the studio after the success of the first release?

We've kind of already begun the process. We're always writing so it's not really something that stops after the first record and then we give ourselves a timeline on when to start writing again. When you're on a roll, you just keep on rolling, really. So that's been the process, mostly. We've been thinking about how we're going to change things up with the second record but that hasn't affected the writing process yet, we're still figuring that out. As for the actual pressure element though, I actually think that we kind of went through that with the first record and we went through it so well. I don't really feel the pressure.

It's a phenomenal thing when you have eight people in a band because you kind of create a small, little community and you insulate yourselves a bit from the outside world. If I were a solo artist, I'd be feeling a lot more pressure because I'd have to do everything myself. Now, because there's got so many of us, we just bounce around to see who has exciting ideas and see if that works. From there, the rest of us build upon someone's idea and we see how we can make it better and whatnot. So that really takes the pressure off.

What was your first meeting in real life with the entire band like? Did you feel any anxiety since you knew then from before? Was the chemistry between the band instant?

Yeah, I mean we had already established so much common ground online. It's an interesting thing, the concept of meeting people and how that all works. I feel like you can kind of get to know people online so well that when you finally meet them in person, you're just friends hanging out. We finished our album before we were all in the same room at the same time and I think Soul and Orono were the last members of the band to actually meet each other in person.

Orono moved over to London in July of 2017, and Soul moved over in September, by which time we had already finished the record. It was interesting because the first day that they met, they had already known each other for nine months, they had just never been together physically in the same room. It felt very natural, there wasn't any awkwardness or weird silences (laughs). The connections that we had all formed online had manifested in the real world really effortlessly.

I really hope nail our performance at Coachella (laughs). You know, that's one thing that has been a dream of ours for a long time, even before we began working on the first record. And for that to happen so early on into our careers, it's astounding. I don't often get nervous before a show anymore, but I think I'm going to feel the nerves on that one. I'd like to get more material out this year, whether that's music or we often work on little things like animated shorts and things like that.

We're always working on some form of art, so I just want to get as much out as possible. I don't know if that'll be a record necessarily but we'll see how it goes. My biggest dream is to just keep the ball rolling. Where we've got to from the start we made in the band over the last 18 months has just been so huge and I just want that to keep on building. 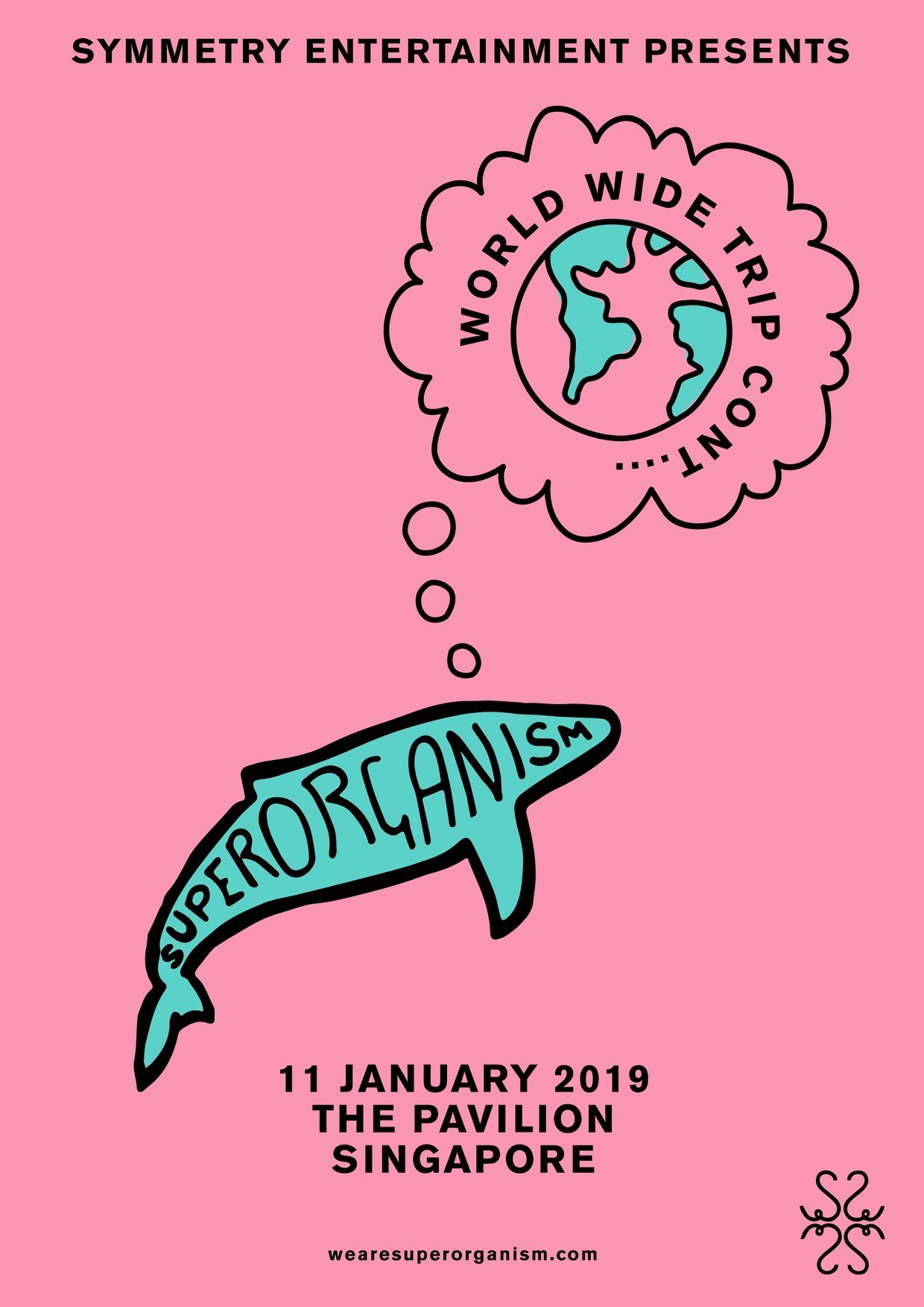