Kallang Theater was almost bursting at the seams as fans filled the plush, 1700-seat auditorium. Everyone’s excited and bursting with joy, but what for? Dream Theater, the Grammy-nominated progressive metal band, that’s what. The quintet, back in Singapore for the third time, headlined the legendary Kallang Theater on a Wednesday night after having graced both the Singapore Indoor Stadium and Fort Canning Park (not many bands share that honour). Many were eager to see them yet again, while there were others seeing them for the first time.

The restless anticipating was cut short when the ‘fingerstyle’ guitarist known as Andy McKee, who found fame on YouTube for his performance videos, appeared onstage to a delighted crowd. His bare, stripped-down set-up contrasted his style of playing. He picked up his guitar and played the first song, strumming and picking the strings while gently tapping the wooden exterior of the instrument.

The crowd was stunned; they were dead silent whenever he played, concentrating on his soft yet technically-staggering ability to conjure beautiful and multi-layered melodies and rhythms from his bare acoustic set-up. Andy bantered with the audience in-between songs, professing how he has been a fan of Dream Theater for 20 years, which lead to a rapturous applause. 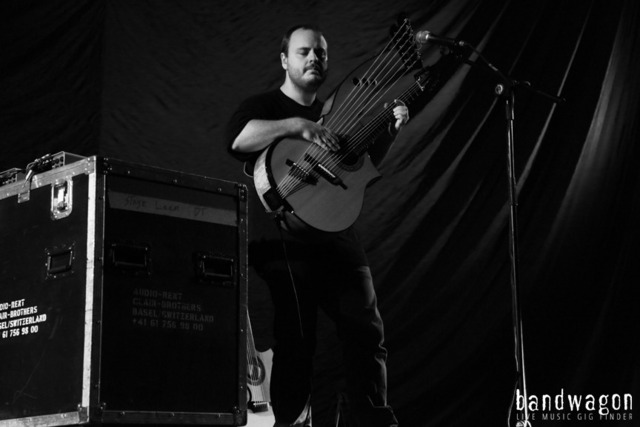 He used a harp guitar for some songs; a very odd-looking instrument which sounded gorgeous. Near the end of his set, he performed a cover of a song by master ‘fingerstyle’ guitarist, Don Ross. However, what got the crowd cheering (and me unabashedly screaming for joy) was when he cleverly snuck in the intro of the 25-minute Dream Theater masterwork ‘A Change of Seasons’. With that note, he was given a well-deserved standing ovation. This guy had undeniably insane talent. I’m confident this isn’t the last we’ll see of Andy performing on our shores.

As Andy took his leave off stage, many crowded in front of the stage in anticipation as the stage crew tore down the black curtain backdrop to reveal Dream Theater’s elaborate stage set-up. What caught the eyes of everyone was the jaw-dropping drum kit which was to be graced by new drummer Mike Mangini later on. We didn’t have to wait long after Andy finished his set, the lights dimmed and the crowd roared as the theater for that night, belonged to the masters all the way from Boston, Massachusetts.

A large screen projected an animated short, portraying the various DT members in their cartoon form, each an over-the-top version of themselves; Bassist John Myung was a ninja, as he’s informally known as the silent member. (Also, Asian.) Drummer Mike Mangini was a genie, a not-so-imaginative play on his surname. Vocalist James LaBrie as a pirate, well if pirates can sing as well as him I guess that makes sense. Guitarist John Petrucci was a gladiator, probably reflecting how muscular he is in real life. Lastly, keyboardist Jordan Rudess was a wizard (no extra points for guessing why). People were already standing up, some hollering in anticipation and excitement (okay, it was me). After missing out on both of their previous concerts here in 2005 and 2008, seeing them now was a dream come true (no pun intended). As the film showed them taking off in an aeroplane, the real-life band takes the stage to a massive barrage of cheers from the audience. 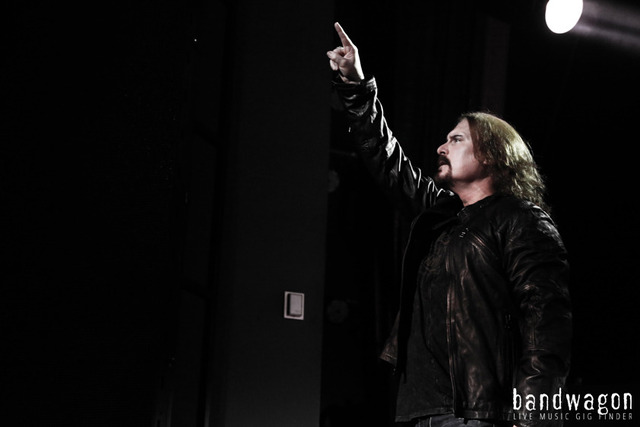 Vocalist James LaBrie took center-stage, unleashing his godlike vocals that could summon angels. Guitarist John Petrucci sent the crowd into headbanging fits with his hard-as-nails riffs and fiery solos. Keyboardist Jordan Rudess evoked melodies out of his impressive keyboard set-up (that included an iPad, of all things) that would make the toughest of metalheads weep.

Bassist John Myung lives up to his legend by being the silent one on stage, playing his complex bass parts with grace. However, what everyone wanted to see this time was new drummer Mike Mangini, who replaces long-time drummer and co-founder Mike Portnoy. Mangini blew the pants off of everyone with his staggering drum routines. His swift and acute style of playing was a sight to behold. LaBrie was on top of his game, despite having gone through a career-threatening food poisoning incident back in 1994. Just like wine, he has gotten better with age.

The setlist for the night featured a bulk of songs from their newest acclaimed effort, A Dramatic Turn of Events. Not forgetting their roots, a couple of fan favourites were added from their extensive discography.

After opening with Bridges in the Sky from their new album, they immediately unearthed an old classic, ‘6:00’. I was especially happy as this song was one of the first few DT songs that got me into their music. Mangini proved that he had no problem playing Portnoy’s parts, cymbal-smashing and all. However it did leave me longing to see Portnoy performing in the flesh. Rest assured fellow Portnoy fans, as he’ll be here in Singapore along with a star-studded line-up in November. 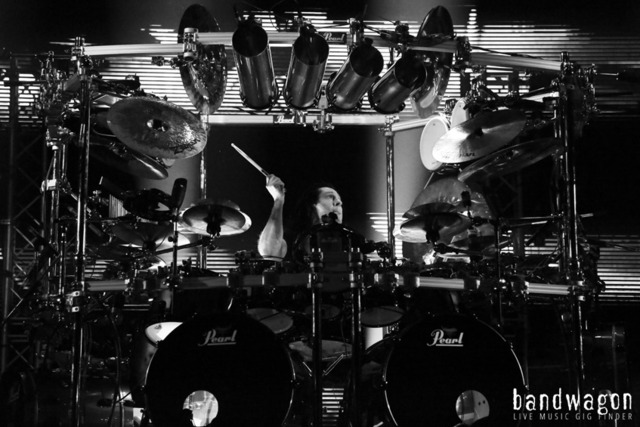 They ripped into their heavier songs, both new and old, along with a skull-crushing drum solo performance by Mike Mangini and the classic Ytse Jam, until the band were stifled with technical difficulties. Making the most of the situation, LaBrie and Petrucci began an impromptu acoustic session with the classic ‘The Silent Man’, prompting a sing-along with the enthusiastic audience. After the technical faults were supposedly corrected, the band took a u-turn back to their new material with the song, ‘Outcry’. However at the end of the song, the audience learnt something that had everyone seething with applause.

Petrucci coolly told the audience that, due to lingering technical issues, they performed ‘Outcry’ without hearing themselves play. Jaws were collectively dropped in the theater. Truly the band lives up to its legend, and then some. As Petrucci said, “That’s why it’s important to practice, practice, practice!” to an audience who were, suffice to say, stupefied.

Unfortunately, after that beautiful sultry session, the band finished off soon with an encore and ended the night with a group bow. The band, an inspiration for many showed how a great gig is done. And oh boy, did they show it. I don’t care how many many more times they will come back, as long as they do – and I’ll be first in line. Long live Dream Theater! 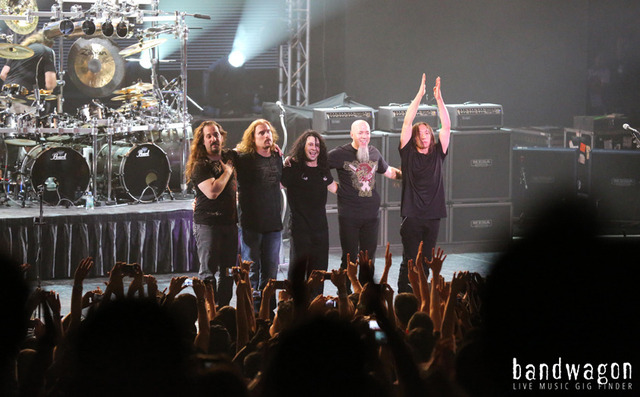