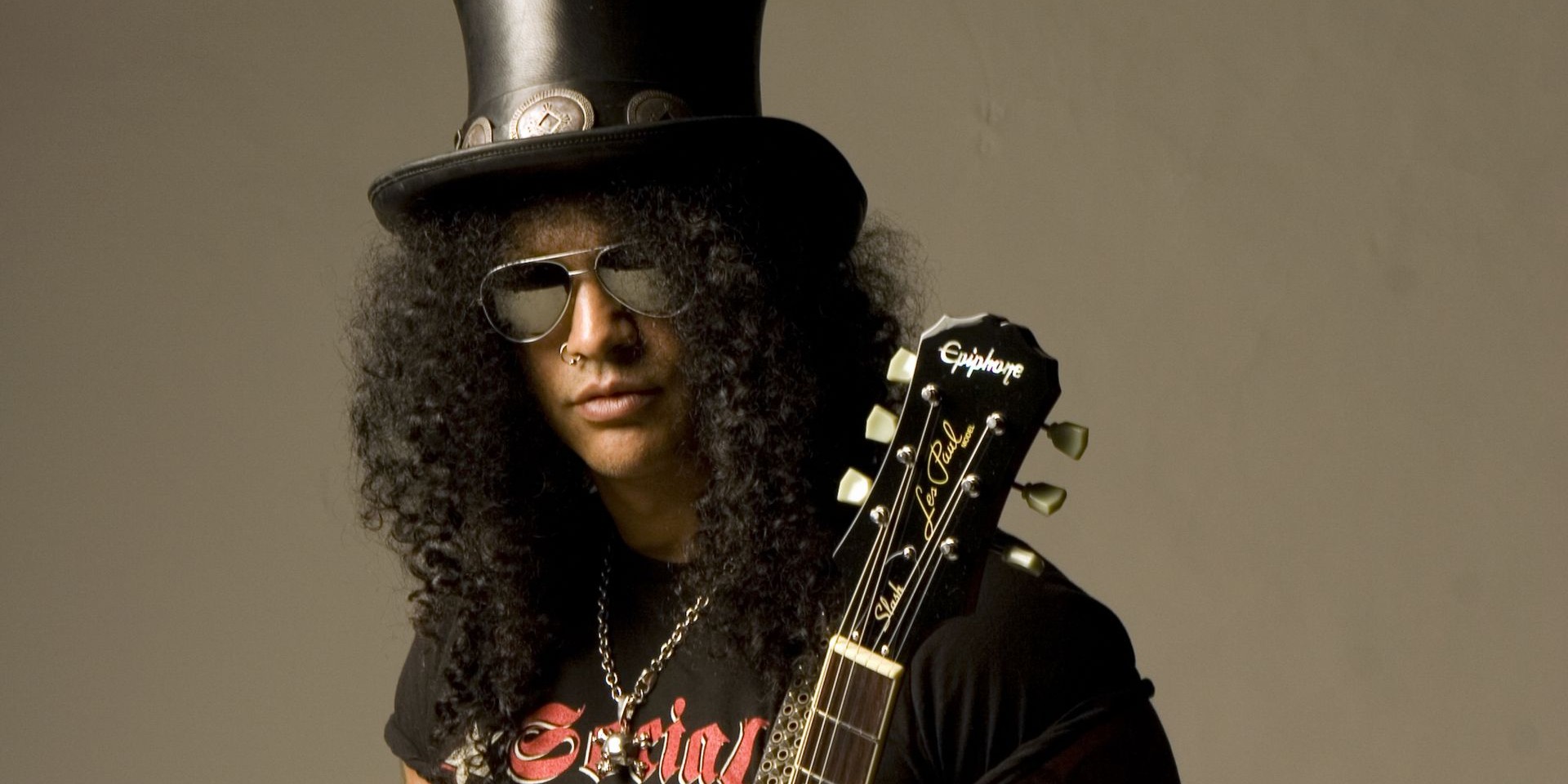 Presented by Slash live in Singapore

Guitar solos will never die. No matter how digital things get, no matter how much quicker the pace of modern life becomes, guitar solos will remain as awe-inspiring as they always have been. Rarely does a mode of musical expression demand more from its maker than the guitar solo – it forces players to arrive at a level of complexity and technicality that elevates the entire song it's a part of. That's why, for both artist and fan, the guitar solo guarantees a transcendental experience.

To celebrate that truth, we've curated a special list for you.

Here, in no particular order, are 10 of the greatest guitar solos of all time.

You can't create a list of the greatest guitar solos of all time without including 'Sweet Child O' Mine'. We can't wait to see Slash perform the iconic solo in the flesh when he hits Singapore for his headlining show 🎸 in January 2019. More details on the show below.

Brian May has had a ton of incredible moments over the course of his career with Queen, but none more so than the limelight that he steps into every time he performs 'Bohemian Rhapsody'. With the dizzying rock-opera hybrid, May portrays the deepest of emotions with a solo that will forever be etched in history.

A righty playing a leftie guitar usually spells disaster – unless you're Jimi Hendrix, course. With a keen sense of musicality that the world had never seen before, Jimi set the world ablaze with his irreplicable technique. And when it comes to solos, none will be able to top the majesty of 'Voodoo Child'.

Duelling guitar solos became a hallmark in rock 'n' roll tradition because of this masterpiece, which, in and of itself, is one of the best examples in recorded music of artists pushing themselves and each other to a higher plane.

When you ask any guitar player or enthusiast what some of the greatest solos of all time are, you'll always hear them mention 'Stairway to Heaven'. While most of the track carries a slow, melodic and beautiful tone, the solo picks things up and proves to the world that solos aren't just noise.

Tony Iommi shook up the world with his playing abilities and we'd be damned if we didn't honor him by including one of the most iconic solos of all time in this list. 'Iron Man' has everything you could possibly want in a solo.

David Gilmour wrote and played both the guitar solos on 'Comfortably Numb'. And the reason he will go down in history as one of the best things to happen to the guitar is because of that simple fact.

When you have three guitarists who are experts in different playing styles, you get the best of everything and no solo in Iron Maiden's repertoire highlights the best of what Maiden's axe-men have to offer than 'Dance of Death'. An epic track to begin with, the song peaks when the guitarists feed off each other and trade solos for a truly memorable piece.

Dream Theater – The Best of Times

Dream Theater's John Petrucci is one of, if not, the greatest guitarists of our time. The man can do it all, from insanely fast shreds to soulful and emotionally-charged solos and 'The Best of Times' sums up the best of his abilities all in one track.

It's almost blasphemous to not include Kirk Hammett in this list and if we had to choose just one of his solos, it has to be 'One'. With this also being the first Metallica track that was fed to the masses, thanks to its music video, the solo has solidified its spot as one of the greatest solos of all time, from the tapping to the sweeps. If you haven't heard it yet, you're missing out.

Deep Purple – Smoke On The Water

Roadrunner United – In The Fire

Catch Slash and Myles Kennedy and The Conspirators live on the Singapore leg of the Living The Dream tour on Tuesday, January 8 2019, at The Coliseum, Hard Rock Hotel Singapore. Tickets from S$148are now on sale via the SISTIC website, all SISTIC outlets, or by calling SISTIC booking hotline +65 6348 5555. Get your tickets here.