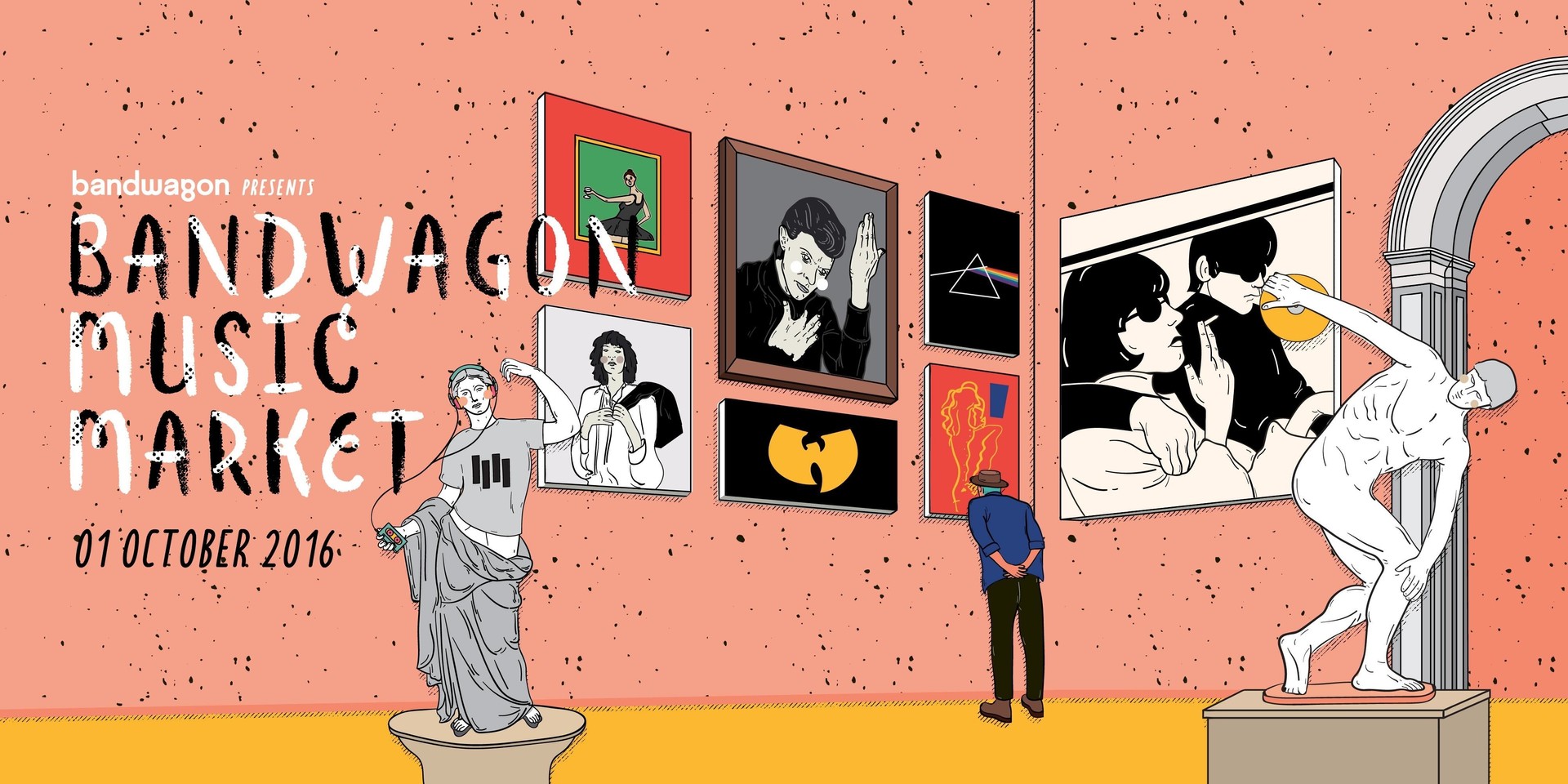 You've seen their names on the poster; now, it's time to get to know the artists in our lineup. Following Bandwagon's mission to connect more people to music from different parts of the Southeast Asian region, Bandwagon Music Market will showcase some of the most promising Filipino and Singaporean acts we have today. Featuring musicians from various disciplines and backgrounds, #BWMM2016 aims to deliver an eclectic experience to those who will join us at our debut event.

While rapper Curtismith will no longer be able to join our regional stage due to sudden personal commitments, we have something more in the works for you. 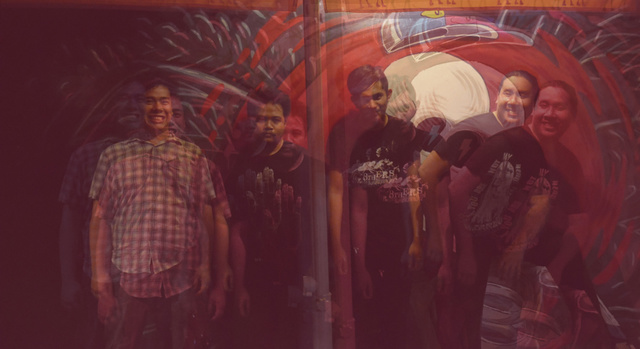 Name: Beast Jesus. Hometown: The Internet. Masters of the meme, complete with an off the wall online presence and an admirable sense of social justice to boot, this post-hardcore band's superb brand identity is surpassed only by the product itself. Their debut EP, In Various States of Disassembly (available for free download as the Internet is wont to provide), has been turning heads all around the region through the webosphere, thanks to their vigorous, aggressive and reality-distorting sound, which commits only to remain uncompromising. 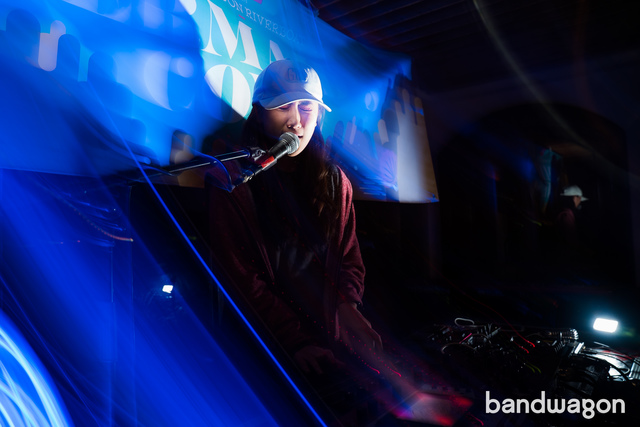 BP Valenzuela has been everywhere: at the biggest music festivals in the metro (such as Goodvybes, Wanderland and Jack Daniel's Indiefest), on stages shared with regional artists here and abroad (opening for Singapore's The Sam Willows, and performing at the Music Matters festival last year and the Bandwagon Riverboat this year), and probably all over your cool friend's playlist, too. With her ambient electronic beats and synth-pop sound, this producer/singer-songwriter is a force to be reckoned with. 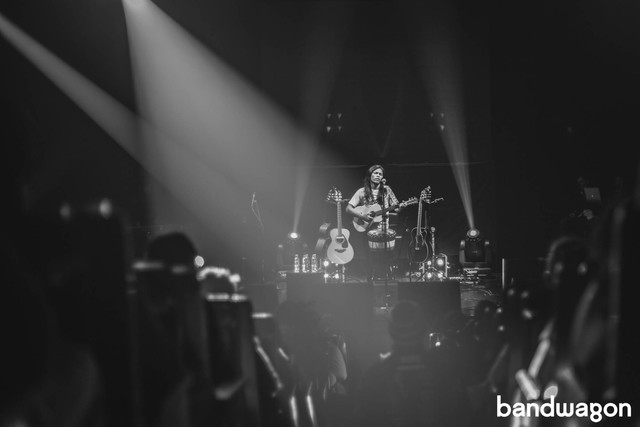 ​Known for his raw and earthy contemporary folk style that has been regarded as "distinctively Filipino", this singer-songwriter rose to fame after receiving major critical attention as one of the first Elements National Music Camp alumni. Since then, Bullet Dumas has released an EP, enjoyed significant radio airplay, and shared the stage with veteran artists such as Gary Valenciano, Joey Ayala, and Gary Granada. These days, he plays as part of the collective, 3D: Danao, Dancel, Dumas, alongside fellow singer-songwriters Ebe Dancel and Johnoy Danao. The three have engaged in a series of pocket gigs and major concerts in the Philippines and Singapore. 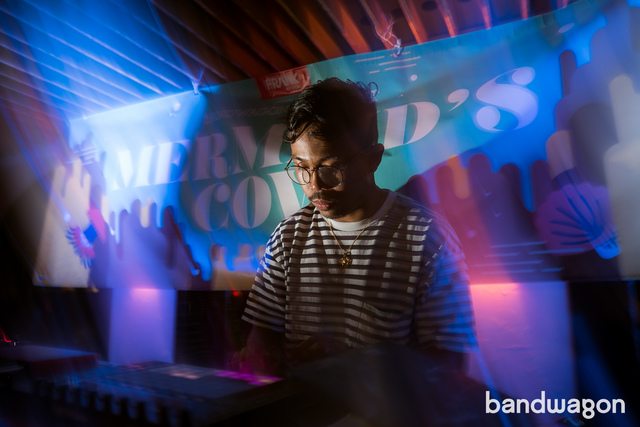 King Puntespina, also known as Logiclub beatmaker crwn, has captured the scene with his combination of jazzy and classical sound and modern musical techniques. This Manila-based producer has successfully brought his beats out of his bedroom and into many gigs and events, such as the Malasimbo Festival, Wanderland and, quite recently, our very own Bandwagon Riverboat. 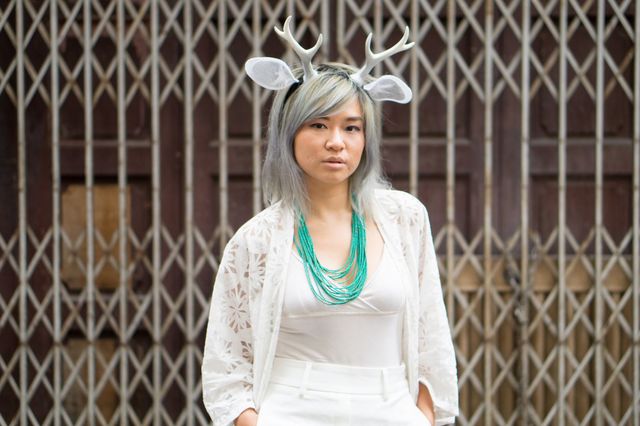 There's few out there like Inch. Coined as "a contradiction of meekness and artfulness", the singer-songwriter has not only pushed her craft tirelessly over the years, she has barely ceased to evolve as an artist. Her latest achievement — the pastoral and quirky Letters to Ubin — speak as a testament to her commitment towards preservation in songcraft and ethos. Seeking refuge in the wilderness of Pulau Ubin, it's her most honest work to date, and the most revealing by far of her fearlessness as an artist. Her live shows are equally joyous and cathartic, no matter the live set-up, and she'll reel you in with her adventures before you can even try to resist. 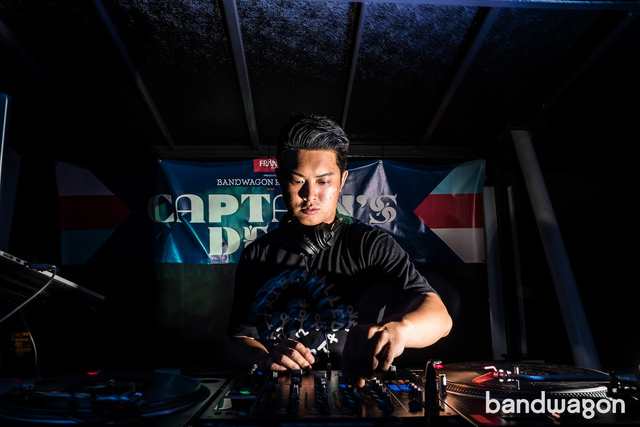 As a producer, Intriguant is mostly associated with downtempo electronic music, but deep within his process, he engages a myriad of textures and melodies to craft songs that are digitally processed, but written with his unmistakable ingenuity. Gathering from his perspective of the human condition, he imbues an incredible emotional resonance into every song that strengthens his body of work and live shows. 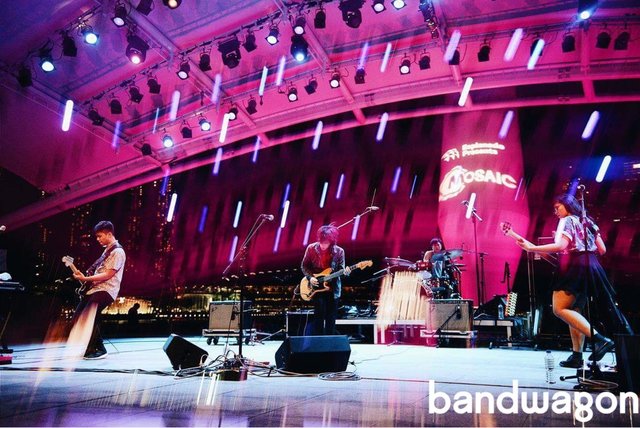 Coming from a band which describes themselves as "an indie rock outfit that strives for the eccentric", Oh, Flamingo!'s rise to fame is anything but strange. Their expert subversion of traditional song structures, impressive song arrangements and downright infectious live presence have skyrocketed this indie quartet to success. From being hailed as last year's Wanderband to performing at the recently concluded Mosaic Music Festival at the Esplanade, Oh, Flamingo! has most definitely gone places. 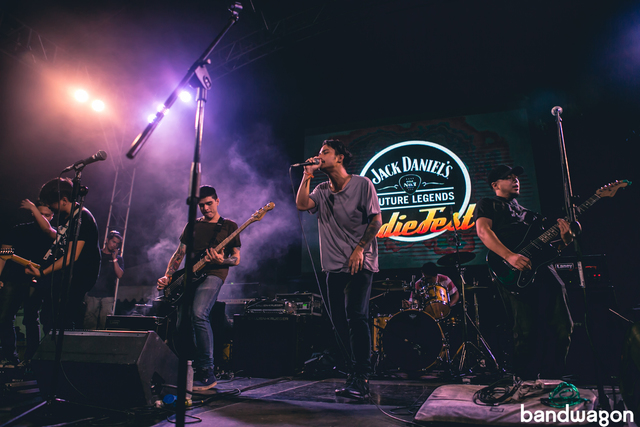 A mainstay in the underground music scene, Runway Crimes has been playing around the metro since 2009. The renewed line-up of the band—the return of a former guitarist, and a new name behind the drum set, is expected to give the band a tighter sound. And although the band is still trying to find their footing again, Runway Crimes is a rock band through and through, and their strong grip on ambience and narrative lyricism is expected to stay. 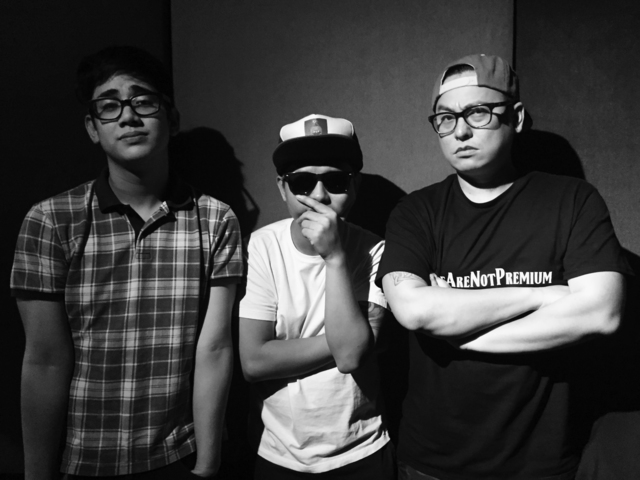 Fueled by nerdcore-centric tropes and quintessential old school hip hop, Shadow Moses raises a flag to claim their throne in the adrenaline-driven community. Comprised of Chryho, Ninno, and Six The Northstar, this collaboration features each member's brand of verbal juice into an unassailable arsenal masked with a familiar Metal Gear Solid reference. They've introduced themselves this year with a powerful and riveting single, 'Remember The Titans', off their EP, Expansion Pack. If there's nostalgia found between every glitch in the matrix, these boys surely know the tale behind it in the form of 90s beat-making chops and engrossing verses. 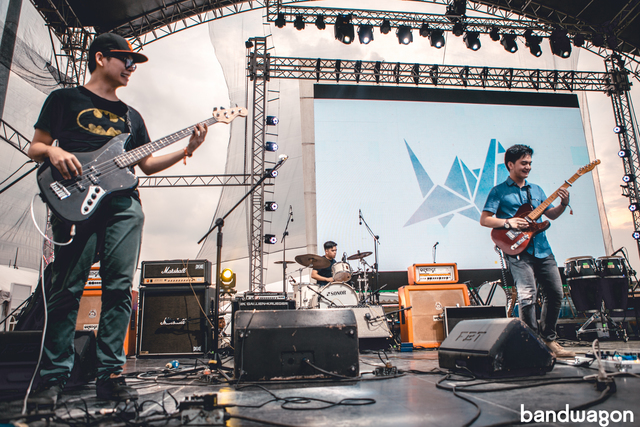 No pun intended, but Tom’s Story really is a band of storytellers. With their signature math-rock sensibilities, the band manages to deliver an experience that takes you on a full ride despite the absence of words. The band released their debut outing earlier this year in the form of a 10-track self titled album, but it’s probably consensus to say that there’s nothing like hearing Tom’s Story live.

Listen to the Bandwagon Music Market playlist on Spotify: 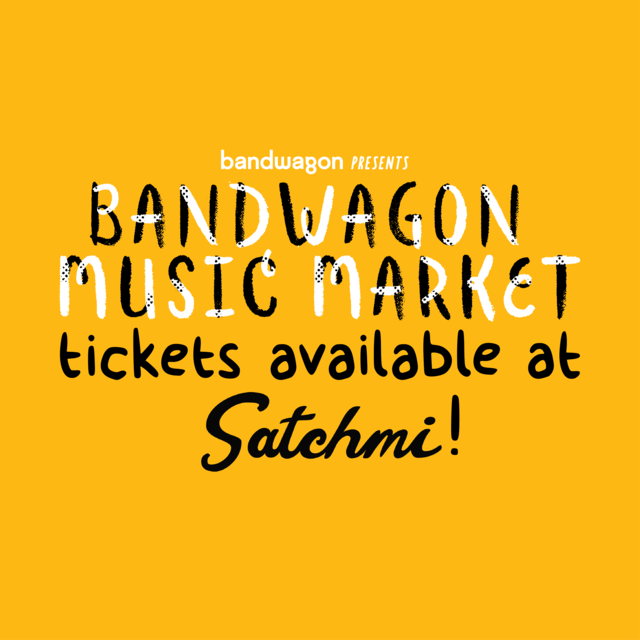 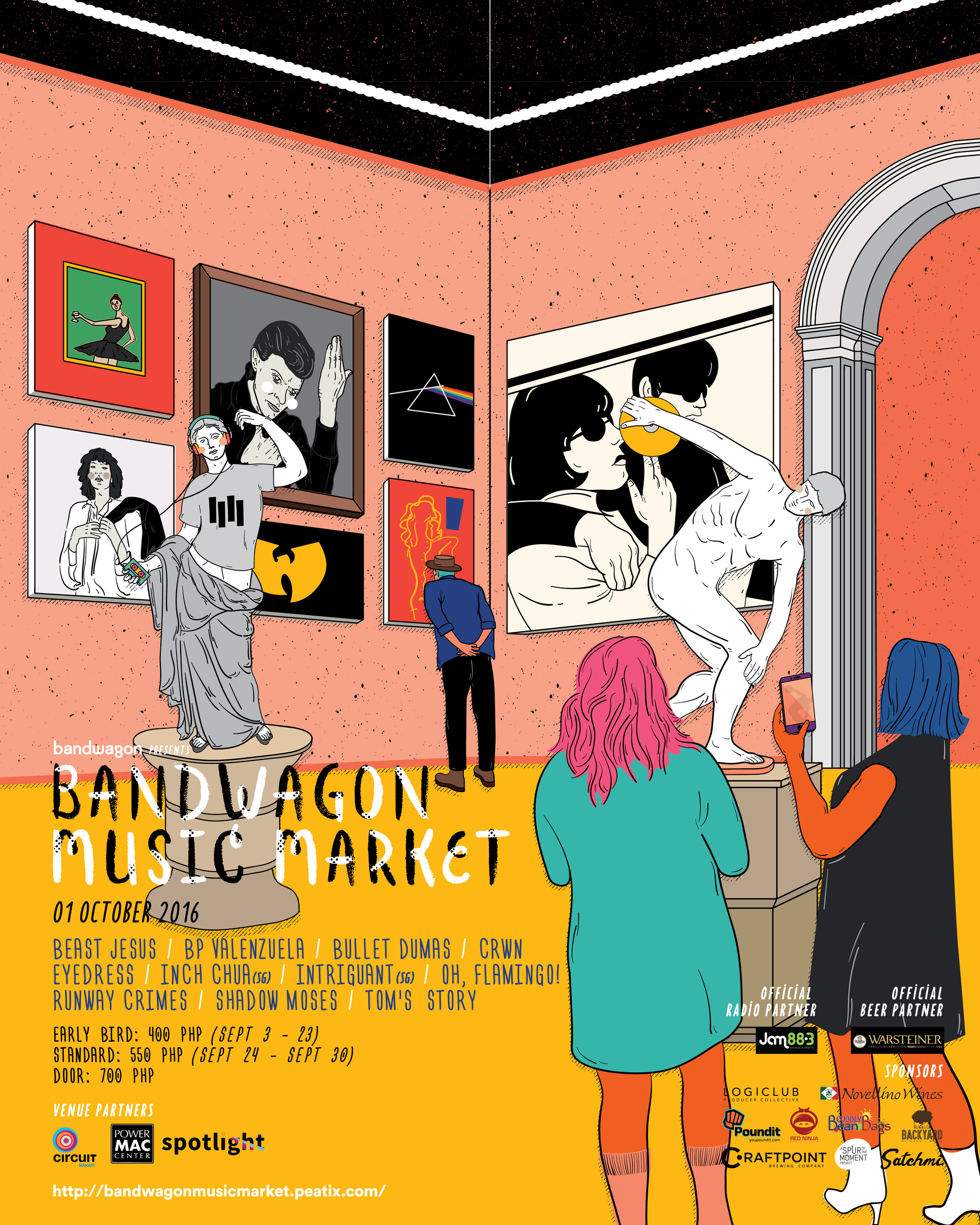