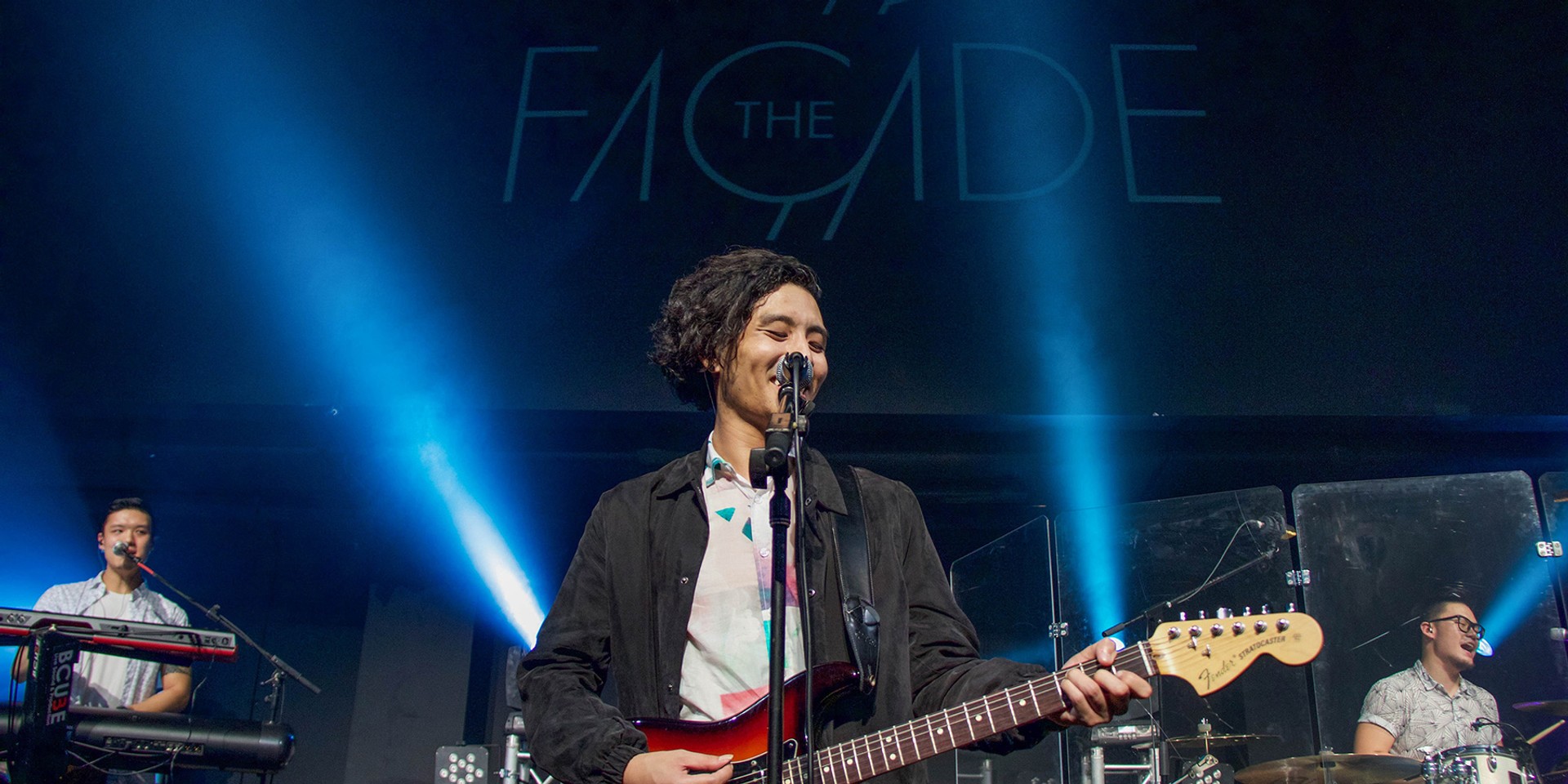 In recent times, we’ve seen a resurgence of young, creative, and technically proficient bands. From established bands like Villes who have recently put out their first full-length album, to nascent bands like Subsonic Eye who enthralled us with their dreamy debut Strawberry Feels, these bands are slowly finding their place in the Singaporean music scene.

One of these bands is The Façade. Comprised of guitarist and lead vocalist Brendon Chua, guitarist and vocalist Jereld Ang, bassist Benjamin Mah, and drummer Shawn Chan, the band has delivered a slate of feel-good groove anthems effortlessly.

Sitting down with The Façade, it's clear the four-piece are taking the right steps in balancing reassured songwriting — treading areas that would appeal to large audiences — and wide-eyed ambition. Their EP launch was a clear sign that they're gunning for bigger things, and to them, compromise is a major key to success.

Frontman Brendon is the evident ringleader of the band, but he insists songwriting is a collaborative process. “I’m the main writer, yes. But actually, the start could be from anyone," he says.

"Could be him (points at Jereld) finding a guitar tune, could be him (points at Benjamin) finding a bassline that he really enjoys. Whatever that we have — after working on it and sufficient pondering — we meet together as a band and find the sounds that we’d all accept or be happy with sonically. After we have a list of songs we would select the few we think we want to release, then we head to the studio and further work on it.” 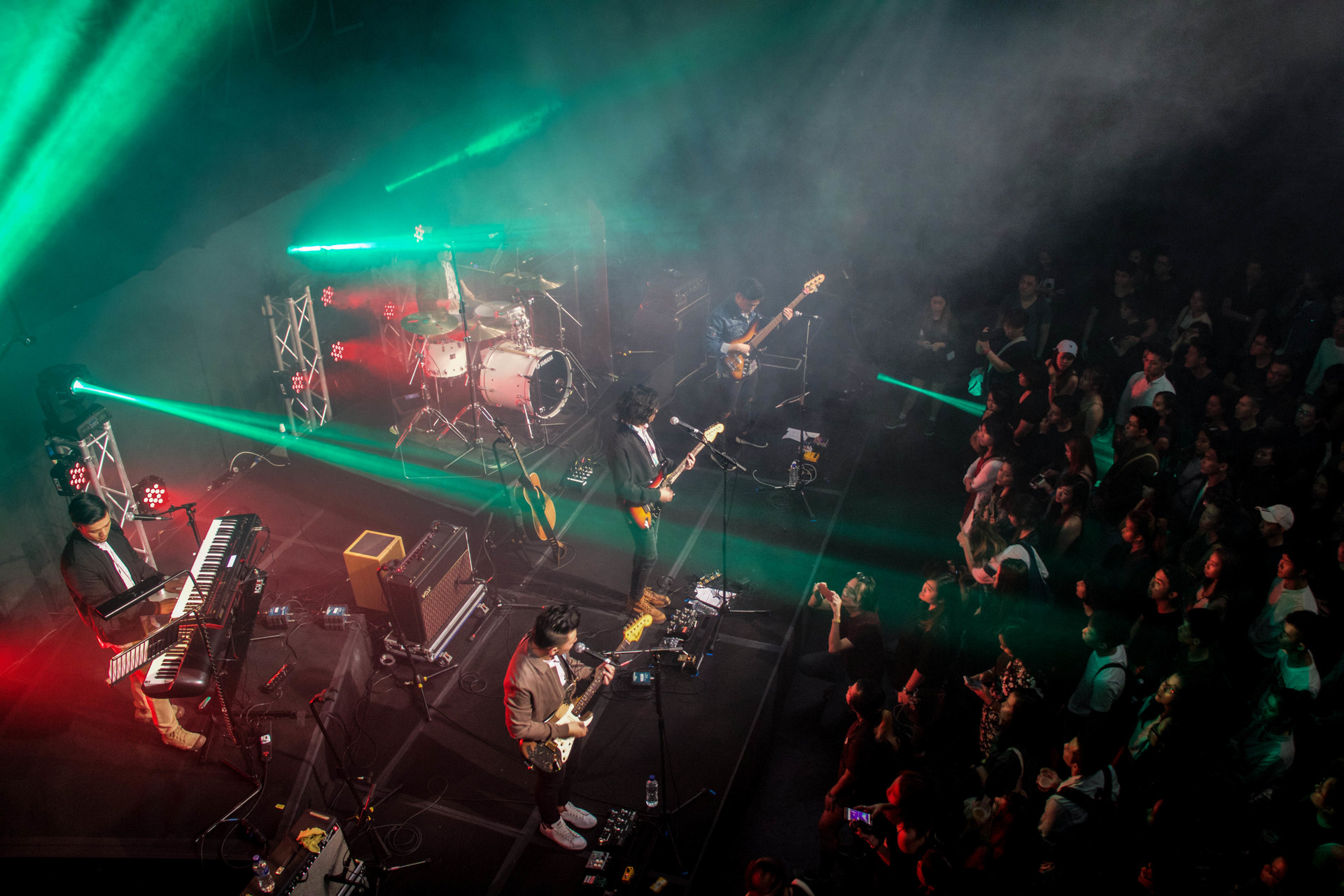 Bass boss Benjamin delves deeper and shares that the process begins in the practice room.

"It’s just a lot of ironing out, you bounce a lot of ideas back and forth – let’s try this introduction, let’s do that instead," he says. "Then, it’s into the studio. It’s always so strange because when you go into the studio, things will always change. You think you go in set, knowing what to do. Then you realise maybe it’s not too good, so the whole process is creative in that sense, in the studio.” 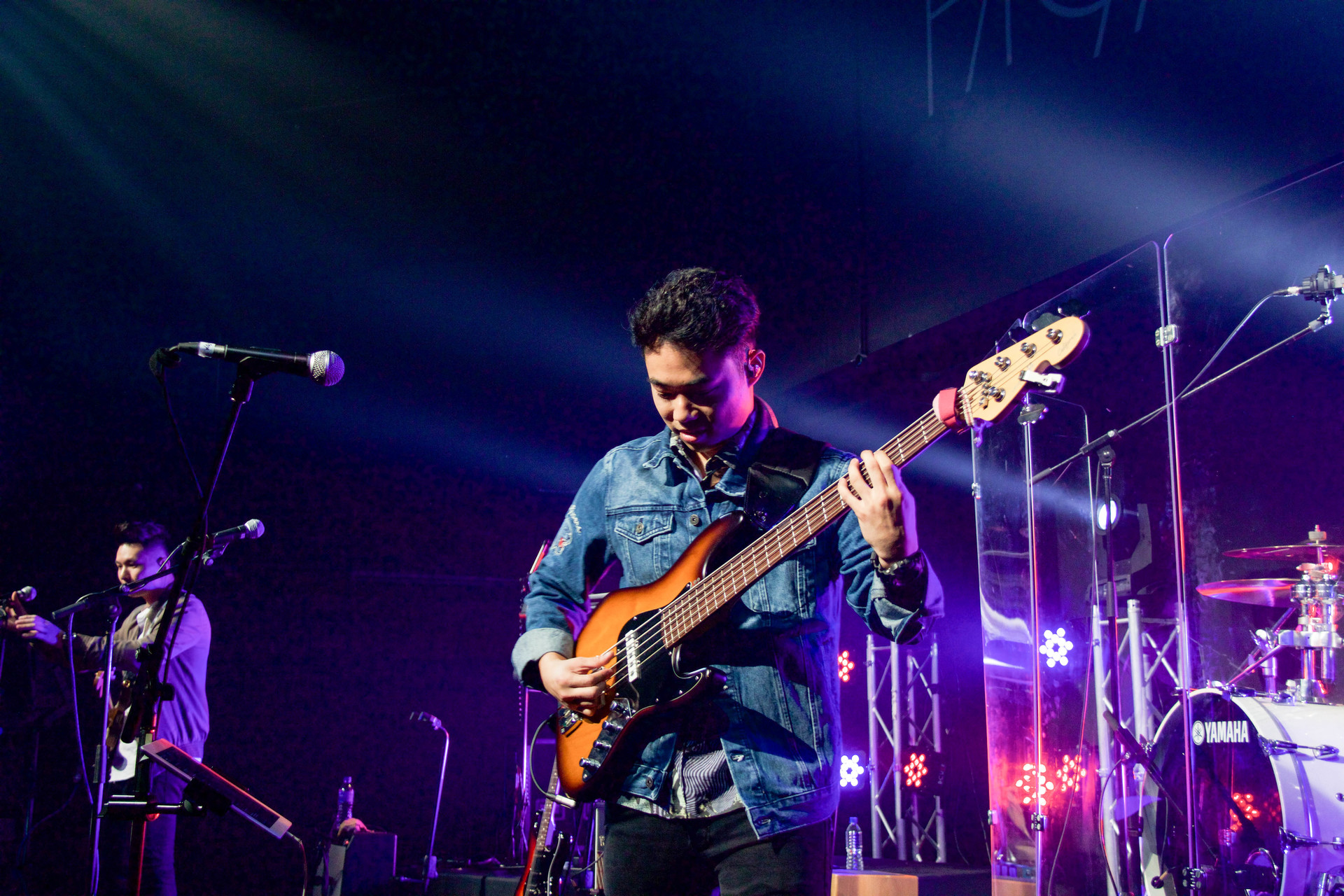 This creative process applies to every song they write, regardless of genre.

According to Benjamin, each song off the EP brings a different style to the work as a whole: “first single that made it to the EP was 'Better Than This'. It also represents an earlier influence. You’ve got that alternative pop rock kind of vibe. Then you have the last song on the EP which is 'Hearsay' which is already touching on R&B, just touching on it a little bit. Or at least that whole alt-R&B thing.”

I think we had some problems with ['Hearsay']. I wouldn’t say problems, but there was a clash of ideas, a little bit more discussion, and there was compromise. I think that’s the key thing.

We are still just four individuals working together to form one production. There is compromise – sometimes you have to step out of your comfort zone and listen to other things that make your band members go crazy. You have to pick some things up and sometimes they have to pick some new things up. Generally, that’s how we reconcile it – compromise – we all have the same goal: this EP."

— Benjamin Mah, bassist for The Façade.

Benjamin then cuts through the whole process and gets down to the meat of it: “We all have our differences and that’s something we have to [work on in order to] grow as a band. I think we had some problems with 'Hearsay'. I wouldn’t say problems, but there was a clash of ideas, a little bit more discussion, and there was compromise. I think that’s the key thing. We are still just four individuals working together to form one production."

This togetherness is perhaps manifested in the times that the band establishes their bearings on stage. Drummer Shawn shares that despite his extensive experience playing with his church band, there’s a synergy that he’s thankful for, and that the band allows him the joy of pure performance.

He explains, “Just being on an instrument being with fellow humans who’re also playing on an instrument – they give the best vibes. The chemistry is just there. We’ve been doing it for five to six years, and I cannot find anyone else who can gel so well with me personally and how I can gel with them so well."

"It comes down to like the smallest moments where you’re like 'okay, let’s stop here’ then you stop and then you realize [that everyone else followed you]." 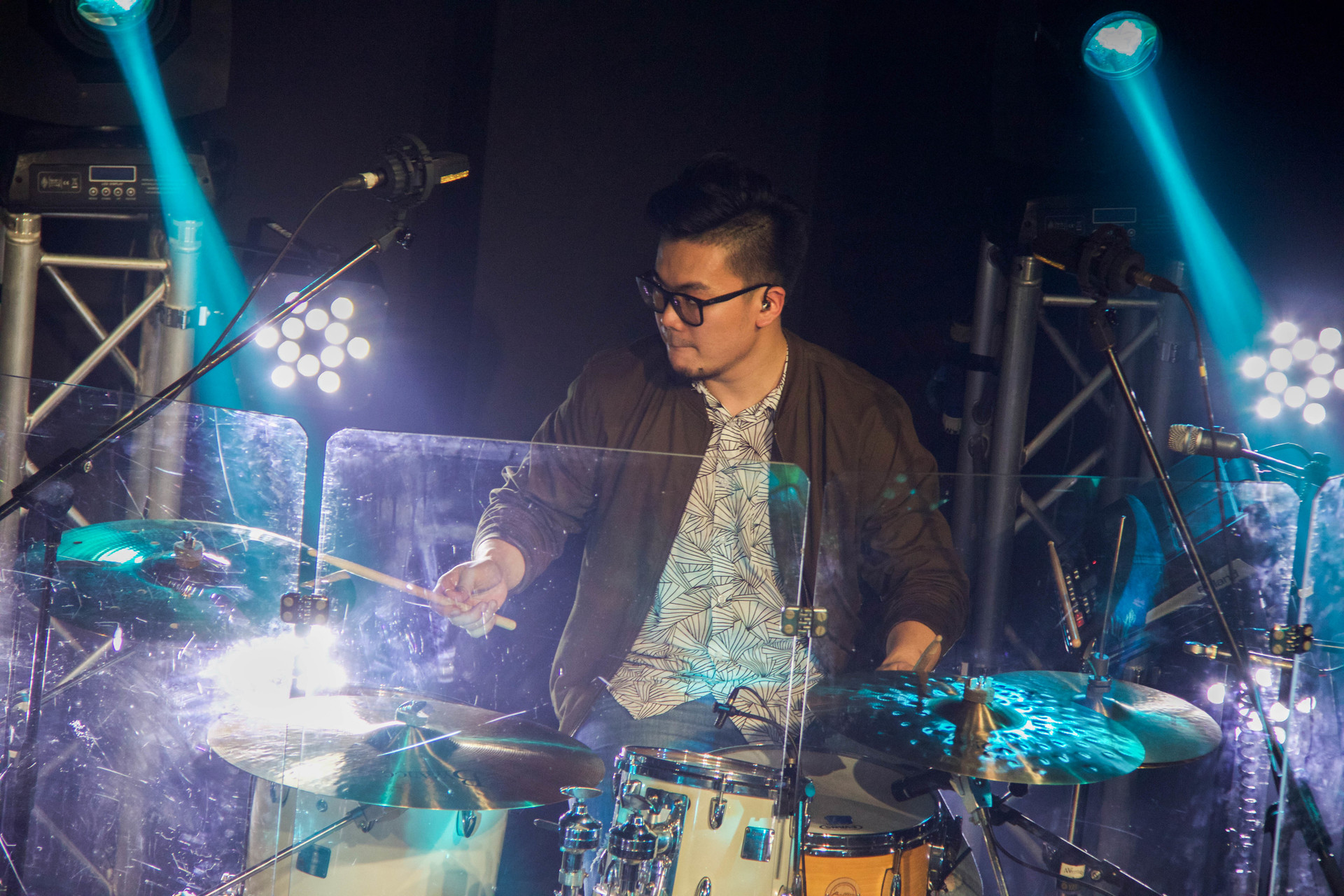 No matter the shortcomings of Vanity — in that, despite their scholarly approach to guitar pop, there isn't a lot that establishes the band's identity — you can't fault the band's sincerity.

This was apparent as they took the stage at the Esplanade Annexe Studio last Sunday (25/06) to dazzle audiences with their first live performances of their debut EP Vanity.

They didn't disappoint from start to end: most notably, the band added a 16-bar drum and bass back and forth to cap off their hit single 'Victim', and also performed a variety of covers that appealed to a whole range of audiences — like Alicia Keys' 'If I Ain't Got You' as well as Ed Sheeran's hit single 'Shape of You'.

For a band starting out with a resolute mission, the long road has much to offer. But as the Snapchat luminary of modern times DJ Khaled puts it: we all need the "major keys". To The Façade, the major keys are compromise and camaraderie.