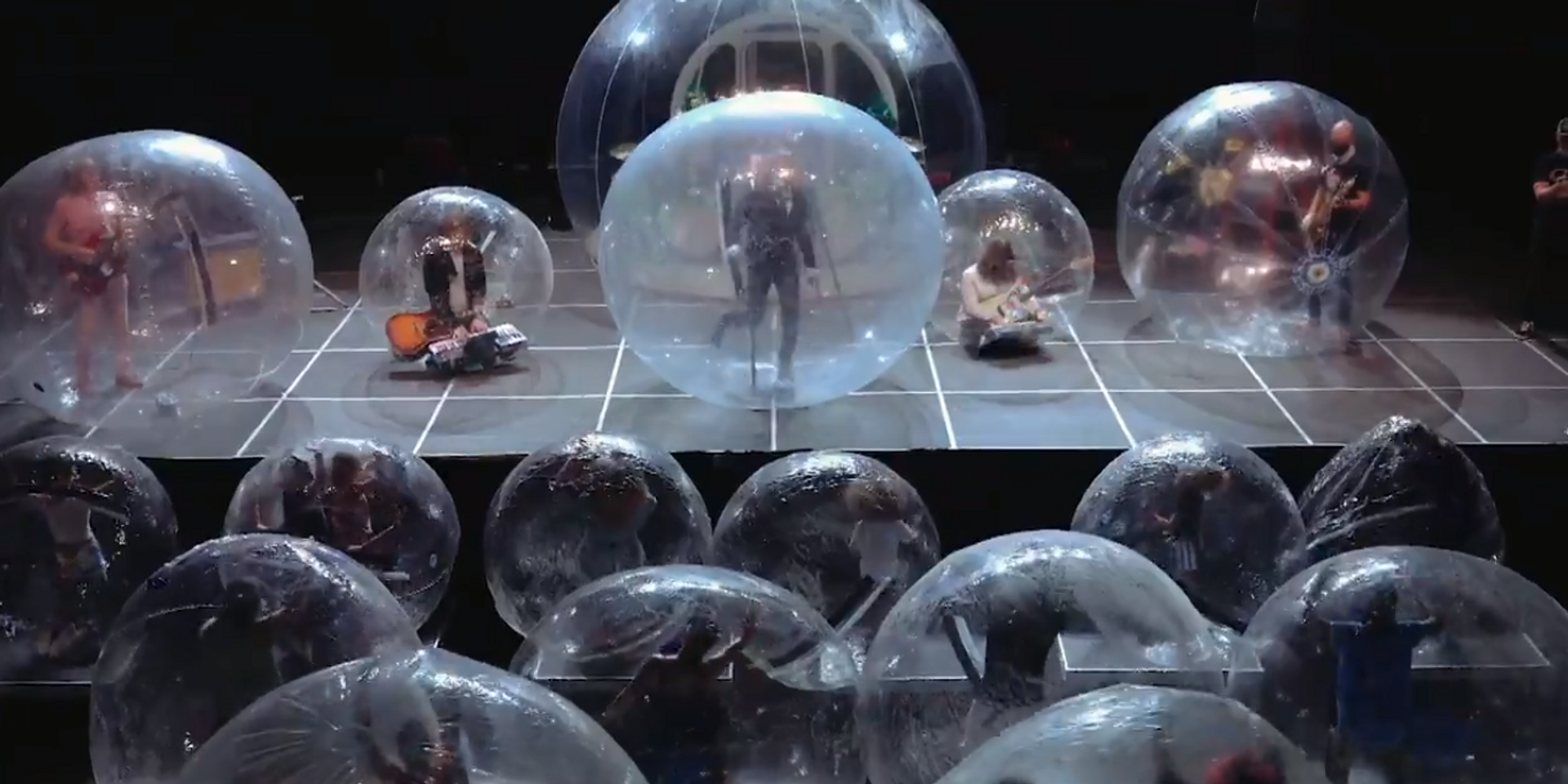 During these strange, unprecedented times, we’ve all found ways to cope and adjust to this ‘new normal’. For most musicians, it’s livestream concerts but for American rock band, The Flaming Lips, it’s bubbles.

The band were recent guests on a remote episode of The Late Show With Stephen Colbert but unlike most guests, they didn’t appear on different screens. The group, instead, performed in the same room with a live audience, with every single person in their own giant plastic bubble. 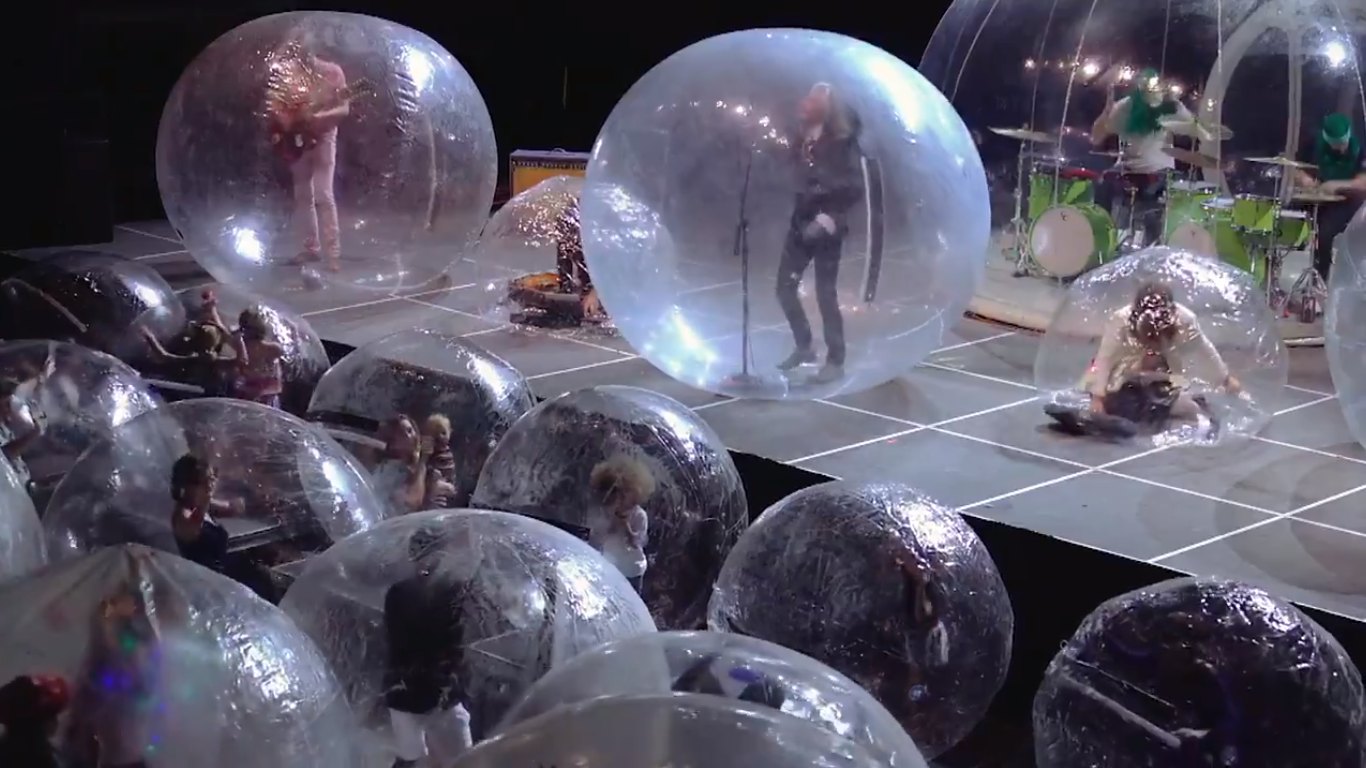 The band performed their song ‘Race For the Prize’, with instruments and all.

Check out the full performance here:

Giant bubbles keep @theflaminglips at a safe social distance for this performance of “Race For the Prize” #PlayAtHome pic.twitter.com/kJfZch8uQz

These giant bubbles are an iconic staple for The Flaming Lips’ live shows, with the band’s frontman, Wayne Coyne, often crowd surfing while inside. In fact, Coyne even got married in a giant bubble.

The Flaming Lips' bubble performance is the latest in musicians' and promoters' creative endeavours to re-adjusting in the age of COVID-19. More recently, we've seen the development of Lost Horizon, the world's largest virtual reality music and arts festival, and drive-in concerts as the return of live events is uncertain.

Check out The Flaming Lips' most recent music video, 'Flowers of Neptune 6', which also feature the iconic giant bubble, here: