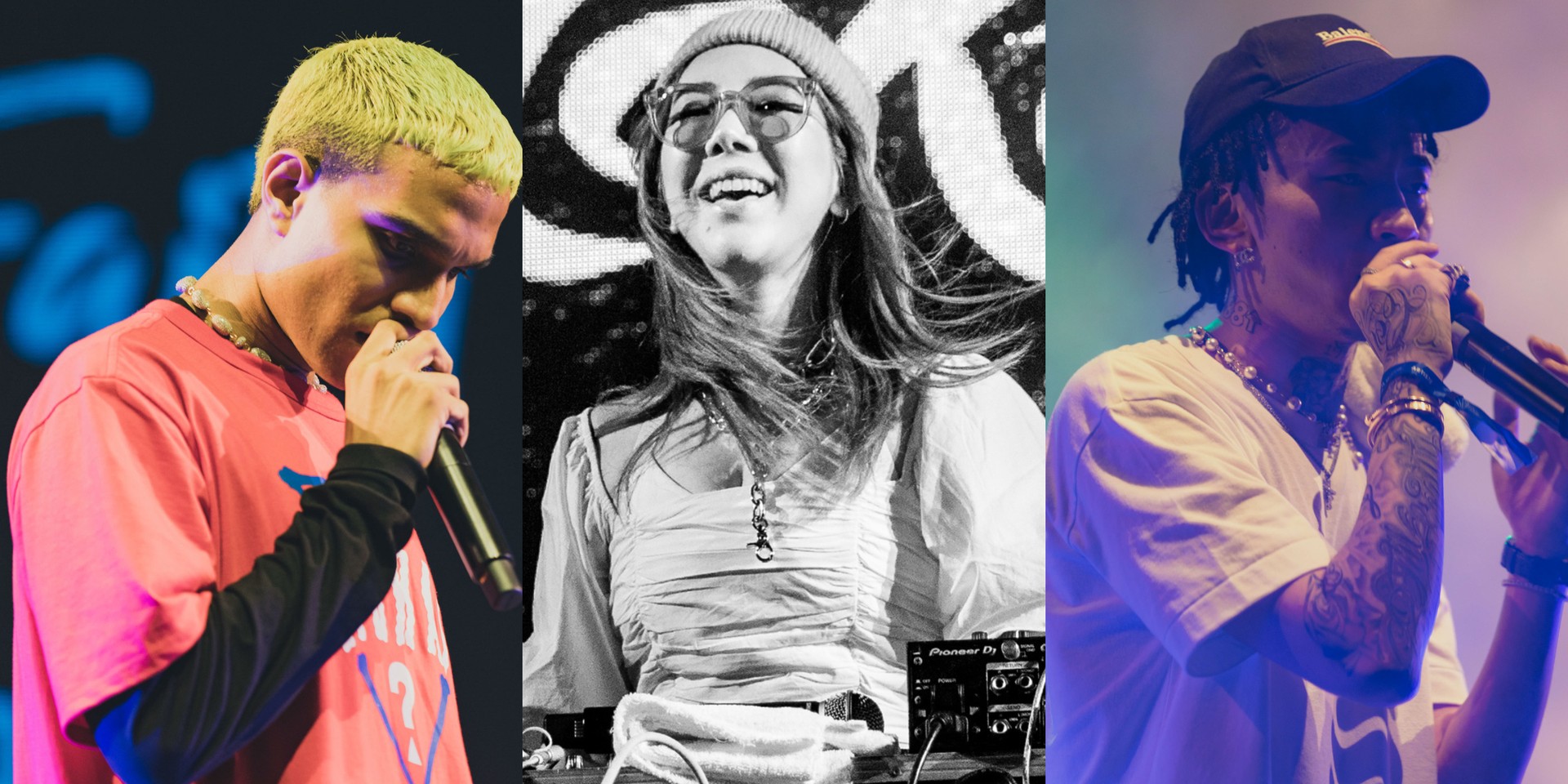 With the annual Skechers Sundown Festival weekend over, post-festival depression has set in at the Bandwagon office. Boasting a stellar line-up that required the yearly festival to be bumped up from a single day to three-day affair, Skechers Sundown Festival 2019 saw the likes of iKON, Higher Brothers, TOKiMONSTA, Laidback Luke, Henry Fong, DJ Soda and more perform over three glorious days. We look back on the weekend and reflect on the good, the bad and the notable of the festival, below. 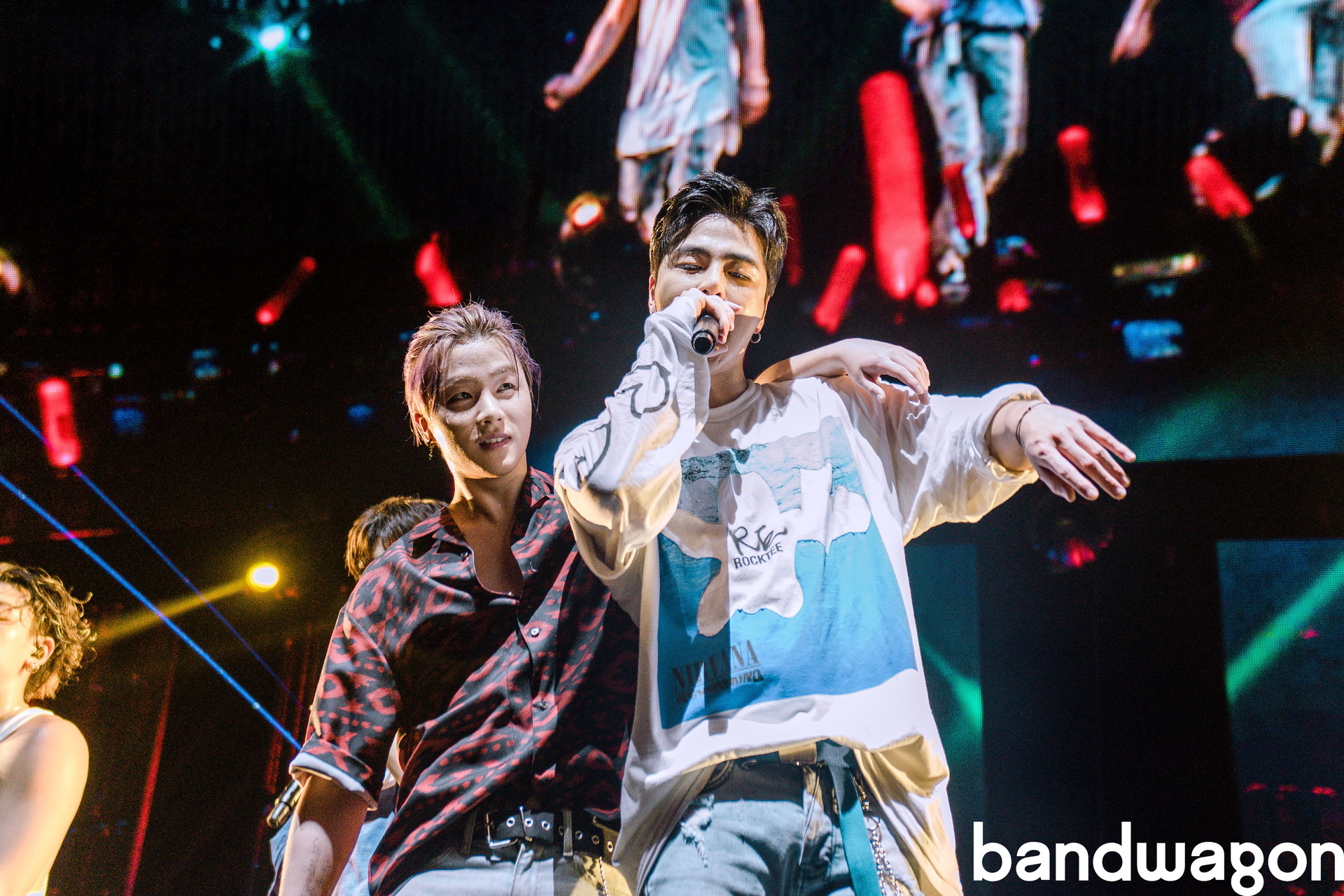 This year, the Skechers Sundown Festival expanded to three days to celebrates its 10th anniversary. For the three-day extravaganza, the organisers went all-out to curate a strong line-up with one main focus: Promoting Asian music and artists. As such, the festival featured an all-Asian line-up to celebrate some of the biggest musical exports from our region such as iKON, Higher Brothers, TOKiMONSTA, Henry Fong, MFBTY, Crossfaith, Laidback Luke, DJ Soda and more. With an all-Asian line-up comes the representation that we’ve longing for, and we got that in spades this year. 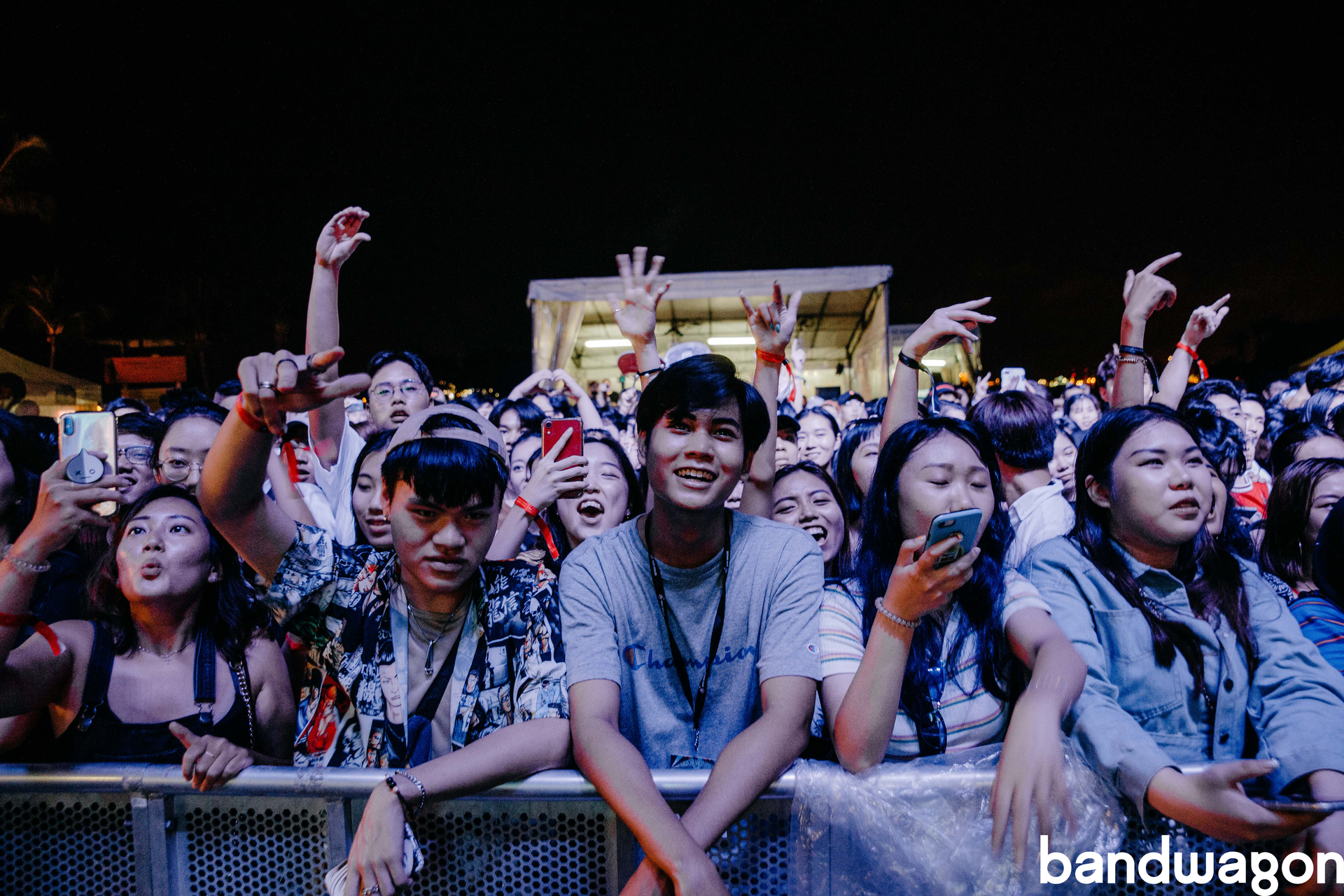 Sure, the festival featured a huge line-up of musical performances, gastronomical greatness and various other fringe activities but there’s also one thing it did that was unparalleled: Movie screenings. If you were in need of a break from the dancing and singing, you could head over to the Eden tent on Sunday to catch three ground-breaking Asian films: M.I.A’s Matangi/Maya/M.I.A, Oh Lucy!, and Have A Nice Day. Singaporean independent film distributor, Anticipate Pictures brought in the three magical movies to celebrate Asian filmmakers, and celebrate we did. It may have seemed out of place to some, but it was a refreshing addition and change of past to those who caught the films.

It’s common for a festival to include a food village, but none has done it quite like Skechers Sundown Festival 2019. This year, Skechers enlisted over 15 food outlets to prepare scrumptious grub for festivals. Festival-goes could get nearly anything they wanted, from burgers, to rice bows, from hot dogs, to kebabs, there was something for everyone. But that’s not all; several partners’ tents were also giving out free snacks and drinks. Apart from the glorious gastronomic line-up, there were a ton of fringe activities at the festival, catering to those who wanted a break from the music. There were trampoline photo booths, carnival games, and art installations. 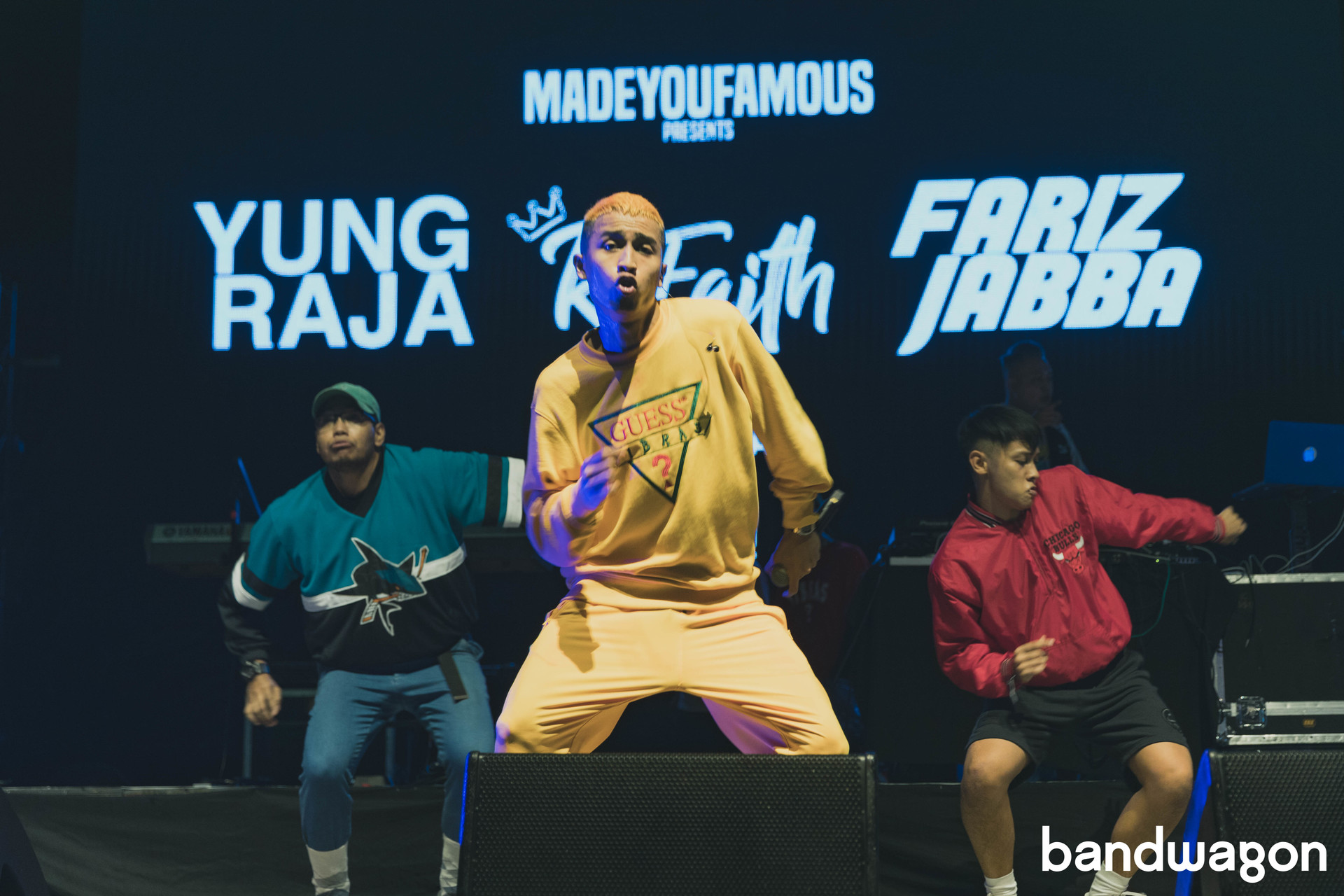 Throughout the three days, festival-goers, whether they were fans or first-time listeners of a few acts, were treated to a tirade of performances that spanned across many genres: Hip-hop, EDM, rock, singer-songwriter and  K-pop. For us, a few of the acts stood out among the extensive lineup: Higher Brothers, iKON, Fariz Jabba and Yung Raja, MFBTY, DJ SODA, Crossfaith and Keng Tachaya. Whether it was for their insanely, well-thought out costumes, their charms and interaction with the crowd or simply because their musicality was displayed at the highest level that night, these musicians certainly made our night.

Set times information not handed out

You have to praise Sundown Festival for curating a packed line-up for all three days of the festival. But what lacked, was the individual set times for all the artists. It was a little confusing for those who showed up wanting to catch their favourite acts but ended up not knowing if they’ve already performed or not. At a three-day festival of this massive scale, the programme schedule would have been a big help to further elevate the experience. Festival-goers could plan their day accordingly, lest they have any clashing appointments. 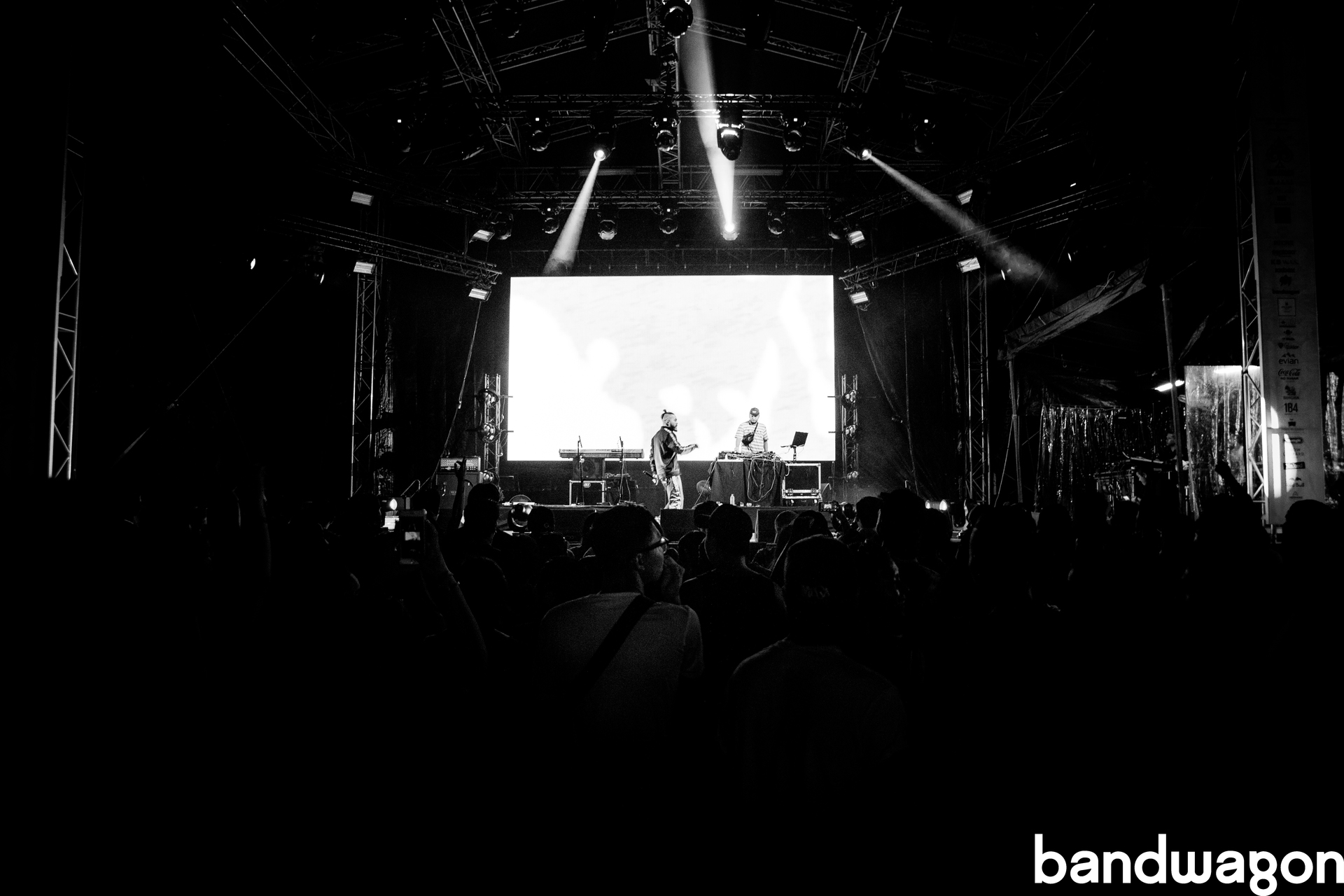 Despite a blockbuster line-up, which was topped with some of the best in Asia, a few headliners’ set fell beyond expectations. Especially for DJ sets, where part of the arousing atmosphere comes from the enthusiastic crowd. Henry Fong, Justin Oh and TOKiMONSTA were among the few that felt the pinch. They’re all at the top of their respective games but without a receptive audience, the sets altogether felt lackluster; with some of them even spewing a little frustration. It is a head-scratcher because they’re the ones with the bigger fanbases and higher reach. Maybe it was the location, or the timing of the event wasn’t great, or maybe fans of these artists just didn’t know they’ll be in town to perform. Whatever the reason is, we hope that all of the artists had a great time in The Little Red Dot and will return to perform soon.

The stars came out for Skechers Sundown Festival this year, and one of them was famed Korean musician, DJ Soda. Soda drew in a large crowd, as it was her first time performing in Singapore since 2016. Day 2 of the festival had been marred with several issues, all of which the organisers had managed to resolve. As a result of the issues, many artists had their performance times pushed back or cut short due to delays. DJ Soda and Day 2 headliner Laidback Luke were among those affected. In several Instagram posts after her set, Soda had stated that she was forced to cut her set short due to the behaviour of Laidback Luke’s tour manager. The festival organisers have reached out to both parties to investigate the situation.

We’re more than grateful for the abundance of music at Skechers, that three stages were required, but if there’s one thing we have to point out, it’s the bad stage planning for the smaller stages. While we understand there that were space constraints, it would’ve been nice if the stages were spread out more evenly. The two smaller stages, Eden and Nirvana, were situated fairly close together, and given that the Nirvana stage had a more hyped line-up, and crowd, it’s sound was often turned up, resulting in its music bleeding over to the Eden stage. At times, the music from the Nirvana stage drowned out that of Eden’s, especially during prime sets from Charlie Lim, Linying, Sam Rui and more. We’re hoping Sundown learns from this and situates the stages a bit further from one another in future editions. 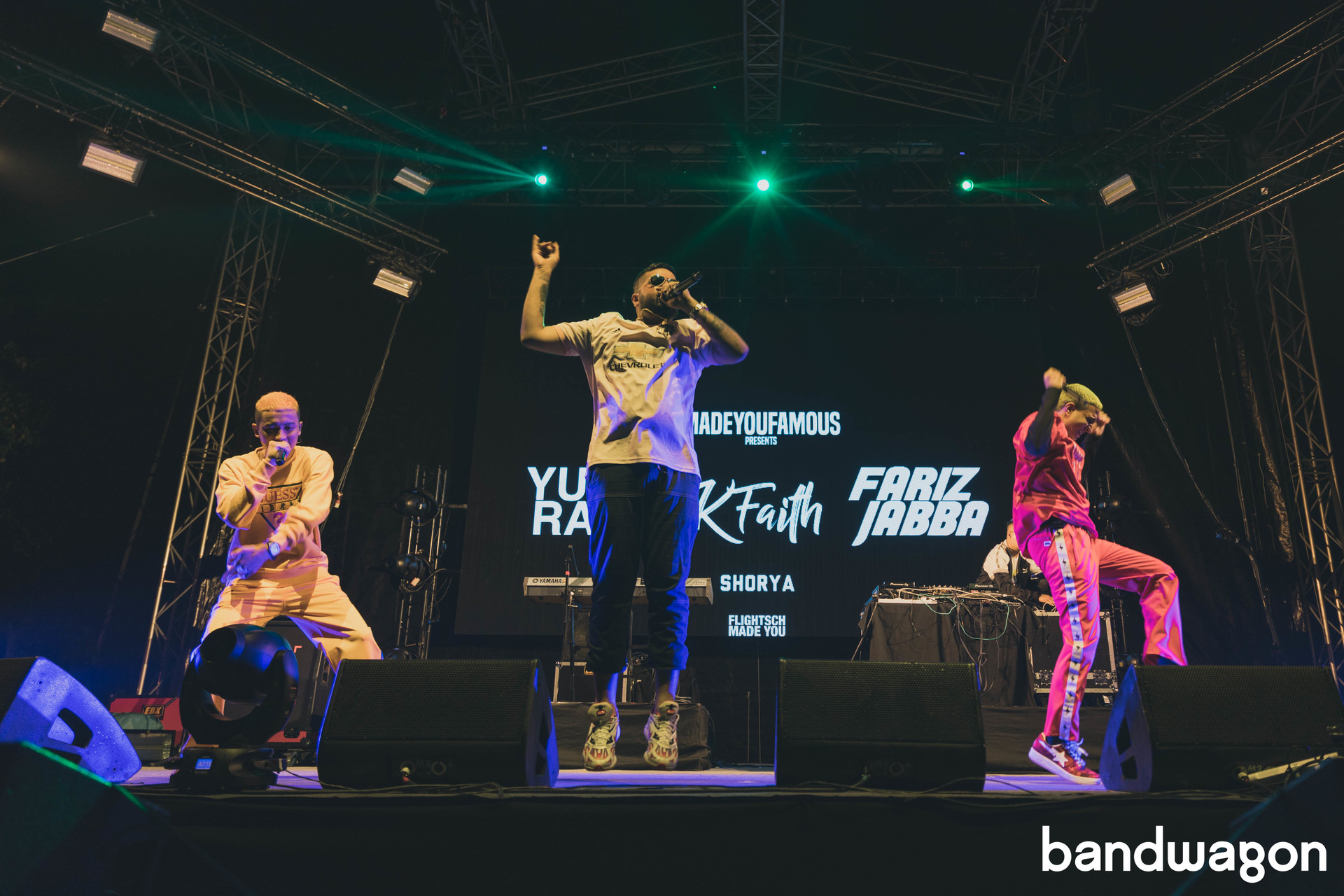 This year’s Skechers Sundown Festival boasted over 50 acts from all over Asia and out of the lineup, 10 Made In Singapore musicians showed off their musical chops while waving the flag for Singapore high and proud. The Nirvana stage on the second day transformed into a hip-hop utopia with Yung Raja, Fariz Jabba, ShiGGa Shay and THELIONCITYBOY unspooling bars effortlessly to a turnt crowd which was more than receptive and eager. Hands were thrown, bodies were shaken and spirits were high throughout all four of their sets. At the Eden stage, though small, was packed for the first two days when Charlie Lim, Linying, Sam Rui, Sufi Rashid, Ferlyn G and Max Lee took the limelight. People were shuffling into every bit of space possible to get a good view of their favourite artists. Despite not being able to hear the vocals at times, everyone sung their hearts out and, cheered and clapped in appreciation of the remarkable sets.

Sentosa is known for being notoriously, not-so-accessible place to get to and the festival organisers took this to mind. The party ran till 3am for the first two days and in order for festivalgoers to enjoy their time to the fullest, the festival set up a shuttle service than ran almost till the party ended. That provided much relief to those who were tired and weary from a whole day of standing on their feet. It’s a much-needed sentiment and hopefully, other beach parties that will be held in Sentosa will follow suit.

For those whose survival at a music festival depends on sufficient – not excessive – amounts of alcohol, whether to cool down after dancing under the sun or to sit and chill on the beach while enjoying the music, a good deal is always appreciated. And with any good bars anywhere, the happy hour is like a shining beacon to down a few while not burning a huge hole in your pocket. The good folks at Sundown Festival ran happy hours on every day of the festival, which was greatly appreciated by the masses.