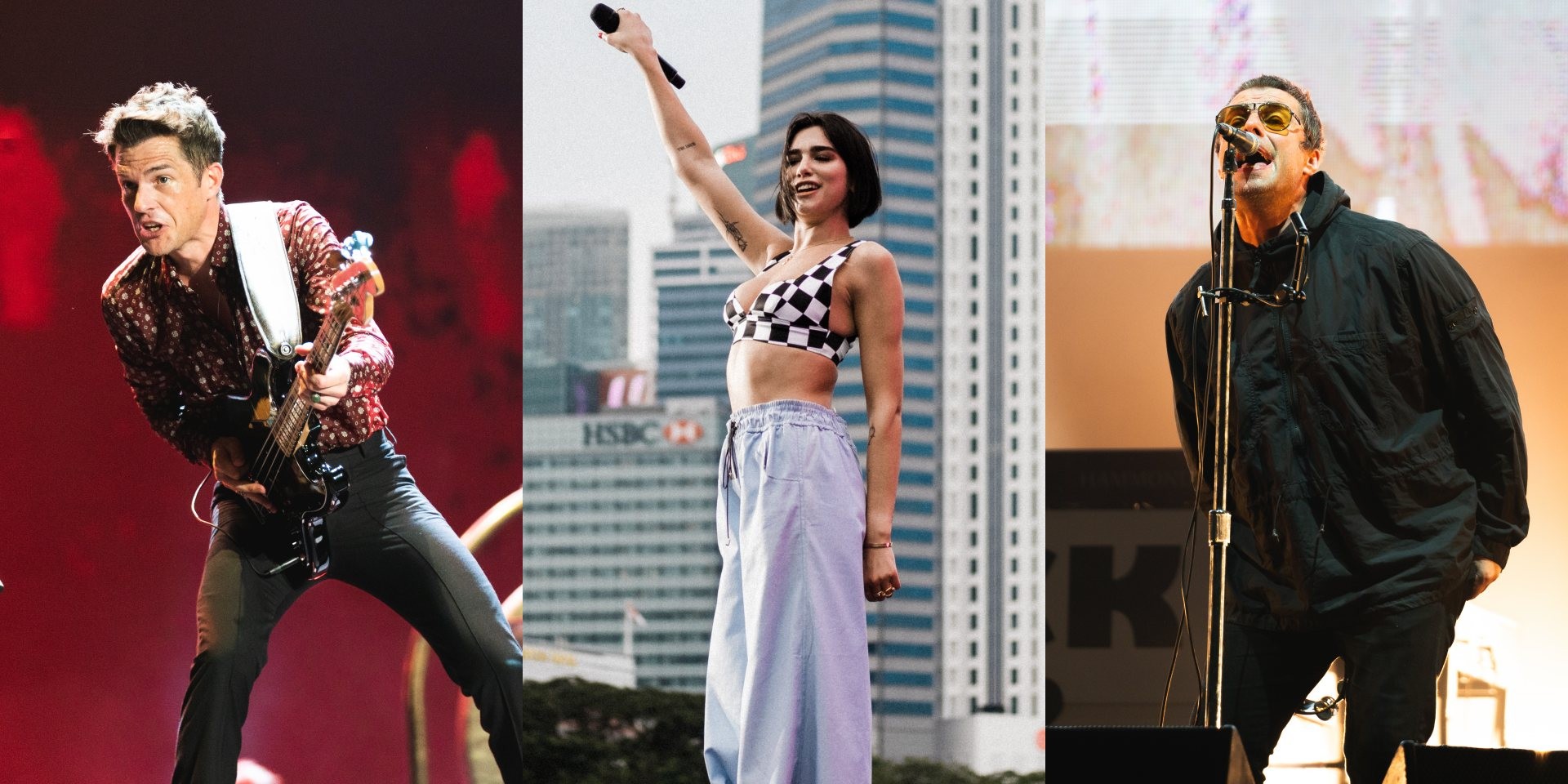 The Formula One race returned to Singapore’s shores for an electric weekend of fast cars, fabulous music acts, and general festival feels.

Marking a decade since the very first Singapore F1 Grand Prix, and the first since the official extension of the contract that is now set to last until at least 2021, this year’s F1 once again brought in crowds in the tens of thousands; young and old alike who congregated in and around the Marina Bay Street Circuit.

As is the case with every F1, the organisers did their utmost to ensure that attendees had a plethora of activities to keep them entertained over the event’s three days, but with so much going on, there are bound to be some aspects that were more enjoyable than others.

With that in mind, we look into the highs, lows, and notable mentions of F1 Singapore 2018. 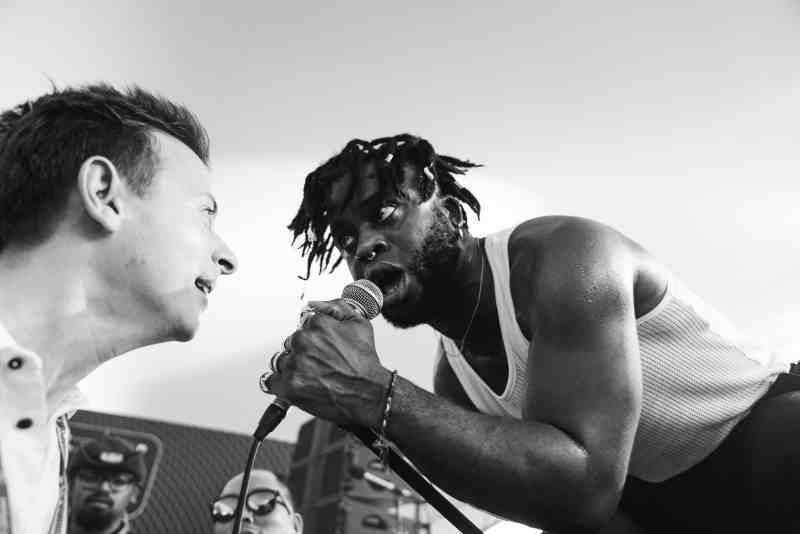 Listening to Young Father’s latest album, Cocoa Sugar, is an aural experience to be reckoned with – and this energy is only fortified when watching them live.

Performing two sets over the course of Saturday and Sunday, the Mercury Prize-winning band made the most of somewhat lacklustre crowds (more on that later) with their debut sets on Singapore’s shores.

With the inimitable energy of its band members on stage, the reverberation of thumping bass – which rattled in our bones – Young Fathers made the kind of music that will inevitably have you feeling somewhat frenzied. It was the perfect encouragement to get wild to, especially in the stifling humidity of F1’s Downtown Stage. 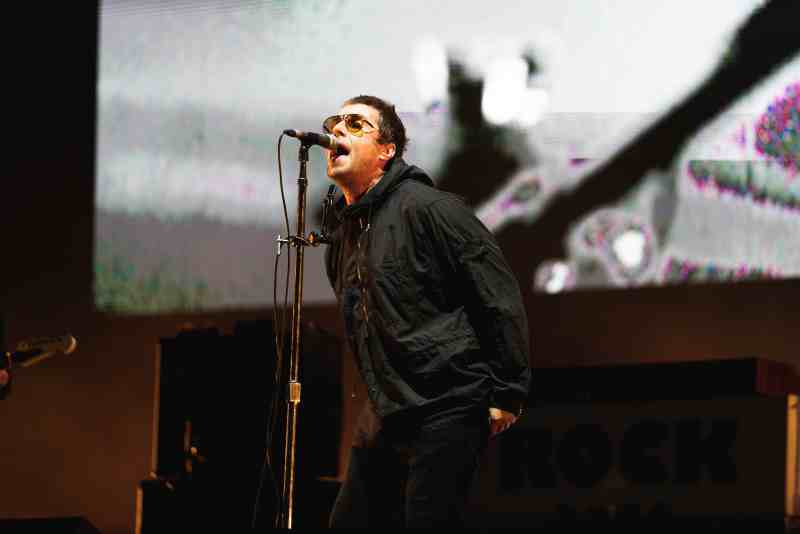 Arguably the more lovable of the Gallagher brothers, Liam charmed a diverse crowd of fans with his signature cheekiness and IDGAF attitude.

Strutting on stage in a windbreaker despite the nearly 40°C weather, tambourine in hand, Liam performed songs from his solo releases and treated spectators to some Oasis classics such as “Champagne Supernova”.

A simple look around the crowd clearly showed the timelessness of such music; as, from baby boomers to Generation Zers, it was obvious that the Gallagher brothers and Oasis continue to appeal to and resonate with people more than 20 years after the release of (What’s the Story) Morning Glory?.

When time came for his last song, he gave the audience a choice between 'Wonderwall' and 'Live Forever'. The response was obvious, so when Liam broke into 'Wonderwall', all bets were off.

Though Liam has admitted to hating what is arguably his biggest release, this was irrelevant throughout the performance. With everyone singing along to the classic tune at the top of their lungs, it was a rare moment of pure bliss during an event that in many ways did not live up to expectations. 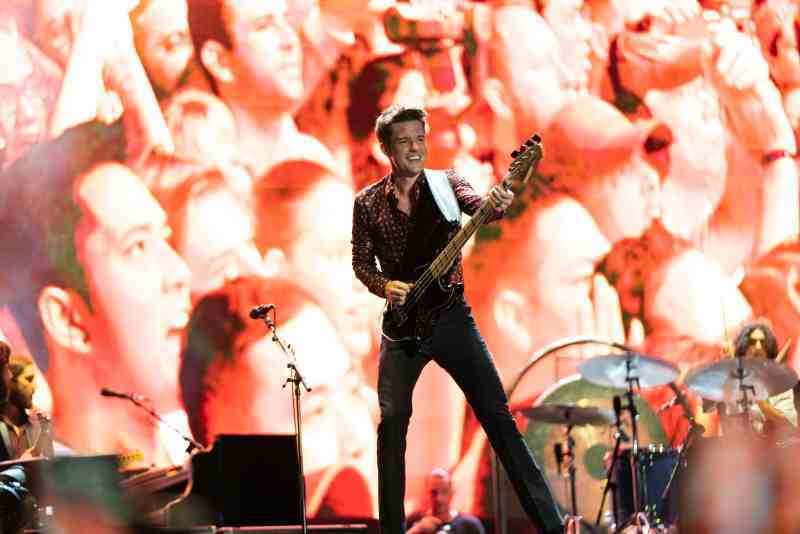 There are few bands still active today who can bring mass crowds of people – regardless of their music tastes – together and ensure a good time. With this show, The Killers proved to be one of those bands.

Since it is of the most ubiquitous bands from the early noughties, thanks to hits such as ‘Mr. Brightside’, ‘Somebody Told Me’,  and ‘Human’, it would be easy to brush off The Killers as somewhat passe over a decade after their biggest hit.

Yet, when lead singer Brandon Flowers stepped onstage, the band’s enduring appeal was palpable. Possessing a presence that is rarely seen in musicians nowadays, the band spread a contagious wave of energy amongst diehards and casual fans alike.

Poet and rapper extraordinaire Sampa the Great graced local fans with her infectiously buoyant self with her two sets on Friday and Saturday.

Known for her crisp lyrics that encourage self-love and empowerment, her confidence and passion for what she does was evident. Encouraging everyone to follow their dreams, she showed herself to be the embodiment of what her music preaches – something that is always incredibly inspiring and enjoyable for an audience member, whether or not that spectator happens to be a diehard fan. 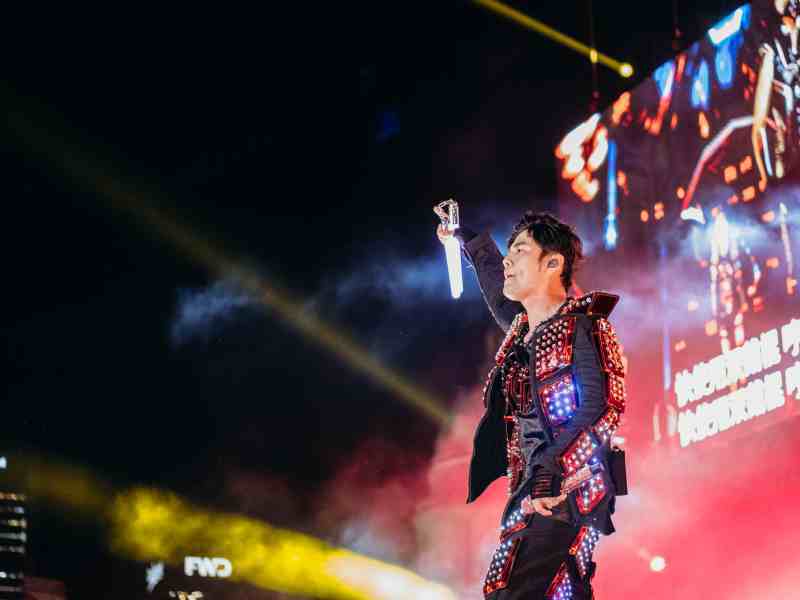 Jay Chou is one of those artists, that, no matter how many times he comes to Singapore, will undoubtedly attract a large crowd of fans. It’s a testament to his continued popularity, and his massive discography and appeal to even the most casual Mandopop fan.

Although his opening number fell somewhat flat due to sound issues with his mic that prevented the crowd from hearing the first minute or so, this was the only hiccup from what was overall an impressive set.

With Jay decked out in an incredibly ornate LED jacket, the production value of his set was undoubtedly the most dramatic of all we’d seen over F1 weekend – showing us all that when acts go big, they can really go big. 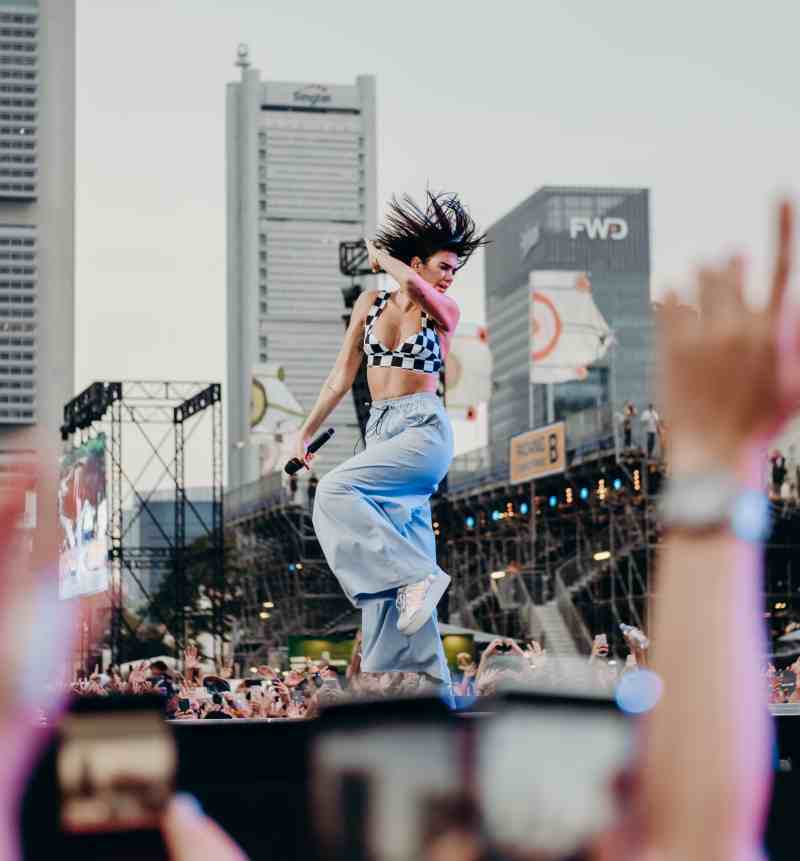 With the addition of Dua Lipa to the lineup, the organisers affirmed that they had their finger on the pulse. At this moment in time, she is one of the biggest names in the contemporary pop zeitgeist. The metrics are in her favour – she is the most-streamed female artist in the UK – and her star can only burn brighter from here on out. And her set was utterly emblematic of that.

Performing the hits with sassy panache and verve, she was the absolute centre of attention, the focal point of everything that was happening in the foreground and background. 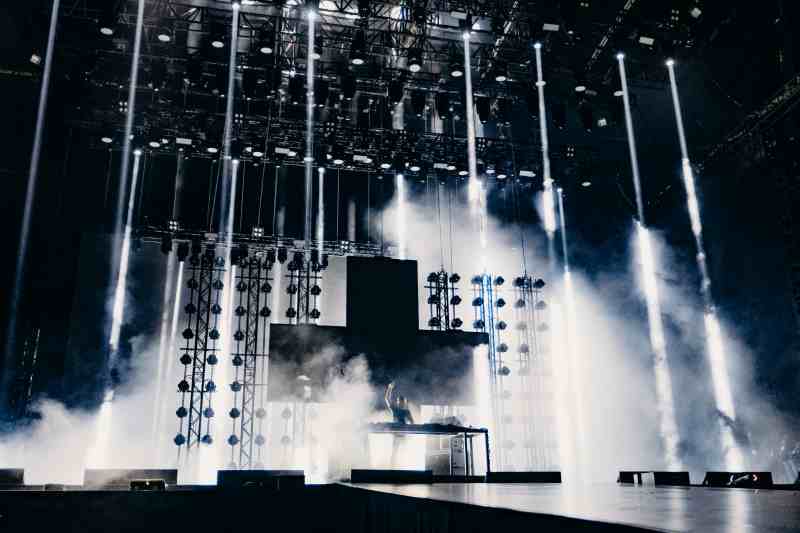 Being certified by DJ Mag as the top DJ in the world is Martin Garrix’s most common veneer. But he’s reached a level of crossover apotheosis wherein he has to be regarded as a upper-echelon pop star. He unspooled his globally resounding singles to one of the largest crowds of the weekend, which, was undoubtedly grateful to be there to receive them.

The race and its thrills are the main feature of the entire event. Thus, we have included the lineup of F1 races in this notable mentions portion, mostly because it would seem almost criminal not to.

The outcome of the weekend’s races saw Lewis Hamilton increase his lead against Kimi Raikkonen on the standings, coming in first place at this year’s F1 Singapore Grand Prix by out-racing Raikkonen by over 53 seconds, who came in fifth.

Vastness of the Venue

The entirety of The Marina Bay Street Circuit spans almost 800,000 square meters – a figure so large it is almost incomprehensible as a single individual.

Granted, this space is predominantly taken up by the racetrack itself, and most of the entertainment was concentrated within the Padang Area of Zone 4. Yet, the sheer number of people in attendance over the course of the three days and the need to control traffic made navigating the venue nothing short of a maze-like nightmare.

Part of the attraction of F1 is not simply to sate the need for speed, but the festival-like nature of the event itself. Believing in the event’s claim of furnishing an atmosphere of fun and excitement, we were quite disappointed at the lack of freedom attendees had to exercise their right to enjoy the roster of musical acts.

Whether it was telling people off for sitting on their friends’ shoulders during acts, or attempting to control fans’ excitement during a set (e.g. throwing a hand up to a group if they were cheering too loudly), the air of conservative rules hung above the crowd during every performance.

One instance that stands out in particular occurred during Sampa the Great’s Friday night performance. During her very short 30-minute set, a stage handler threatened to kick a group of young enthusiastic fans out of the venue when one in their group accidentally spilled a drink at the Downtown stage in her excitement at seeing an act she clearly loved perform.

This caused a ruckus to the point that Sampa approached the handler twice to assure him that the girl – and group – in question were “fine”. Incidents like this seemed more like a show of authority than the upholding of safety and security.

We understand the necessity for handlers to oversee rowdy behaviour so as to prevent any liability, but in most cases, it was clear that those engaging in such behaviour were not blatantly putting others in harm’s way. Perhaps it’s because of the sheer number of people in attendance, but if F1 wants to sell itself as a music festival of sorts, it should let attendees enjoy the event as if it were a real music festival.

Due to the desire to have supporting acts perform over the course of two days, these artists were essentially forced to split what would’ve translated to an hour-long show into two. This means that just as soon as an act began to warm to the crowd, their set for the day had already come to an end.

Consequently, attendees barely got the chance to enjoy their music, not only because of the incredibly short amount of time each act had on stage, but also because casual attendees wouldn’t have had the chance to catch an act if they weren’t already close to the stage the act was performing in.

We’ve already mentioned the size of the venue, but this was especially hindering if acts only have 30 minutes on stage: If it takes someone 20 minutes to walk from one side of the Padang area to the other, why bother to try and catch a performance if all you’re going to catch is the last 10 minutes of it?

We’re especially salty about this because of the impression this would’ve left on acts who made their debut in Singapore at the event (Young Fathers).

We’ve said it before, and we’ll say it again: When attending any event that will have loud music (or loud cars), please protect your ears!

Though we did see some F1 attendees wearing protective ear gear, the number of people – especially children! – lacking proper ear protection was simultaneously disappointing and worrying.

To all those who are planning on watching the cars at next year’s F1: Please save your ears from the possibility of tinnitus and bring ear plugs!

Special thanks to Singapore F1 Grand Prix for the invite.