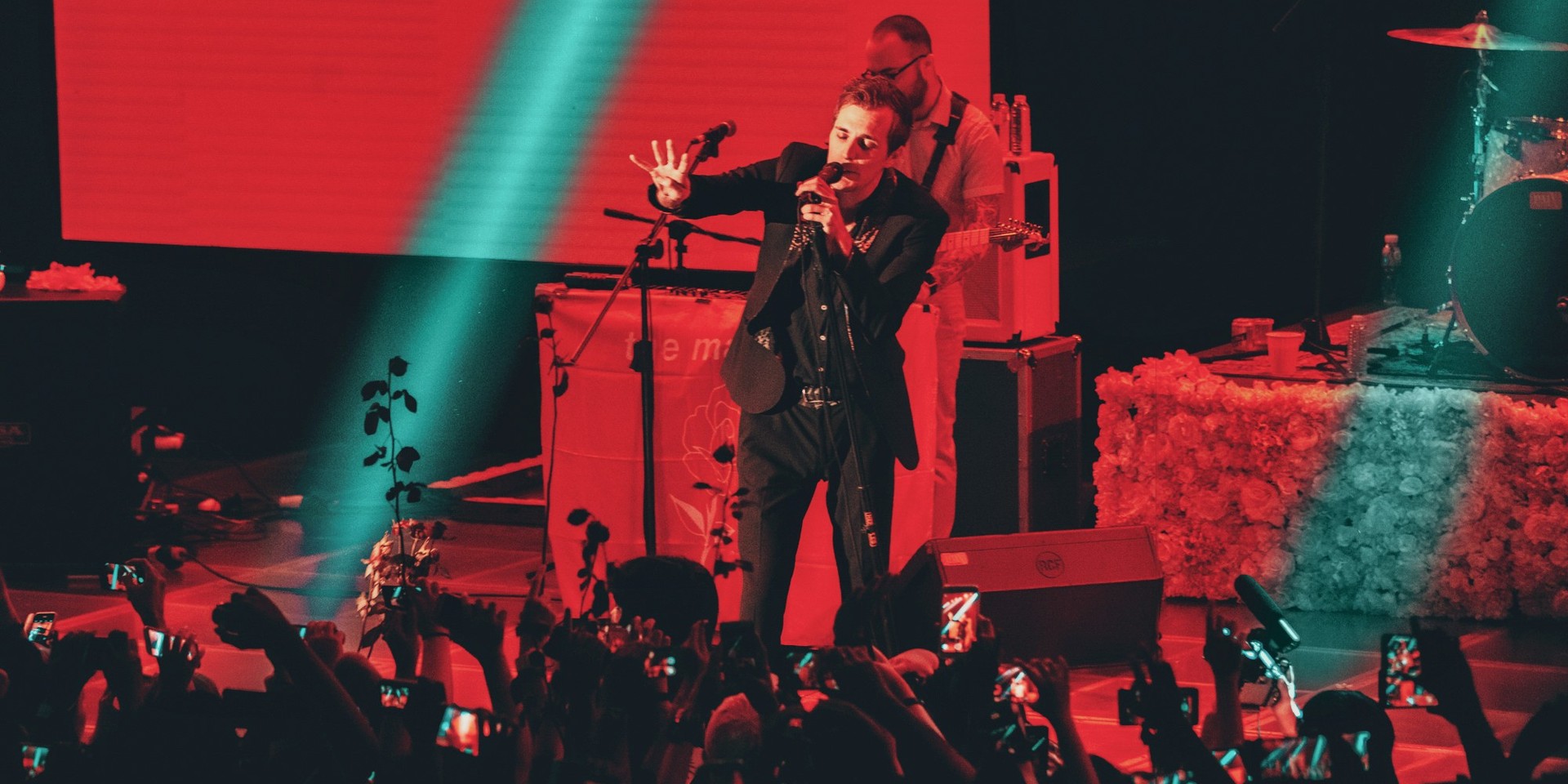 Growing up with your favorite band is like transitioning from your sippy cup with grape juice to a glass of red wine. It can be difficult because every artist goes through an experimental stage and then we find ourselves beginning to doubt our taste in music. This reminds me of the time Fall Out Boy released Pax Am Days, and I wasn’t as excited about it as their former (and latter up to Save Rock & Roll) releases. Nevertheless, I still supported them as much as I could and they did bring the house down when I watched them live during their Save Rock & Roll Tour.

I grew up with Simple Plan, Fall Out Boy, Panic! At the Disco, and all of their other friends in the mix. One of those friends, or usual co-artists in the roster, was The Maine. It took me years to finally see them live, which was during their tour with All Time Low’s Future Hearts while The Maine was promoting American Candy. Before that, I had been behind the screen while cheering for them from Into Your Arms to The 8123 tour.

On another note, this was also my second time to attend Bazooka Rocks. My first was one had Taking Back Sunday and The Used as headliners for the first day. As much as I want to express how overwhelmingly happy I was during the concert, I’m only going to say that I still remember each moment and feel giddy inside about all of it. I applied for Pulp Royalty and went home with memories worth more than what I paid for.

Moving forward, I consider The Maine as one of those bands I didn’t expect to grow up with. Their music has gone far and wide. I vividly recall having ridiculously long bangs when I first listened to them. As a matter of fact, I grew up with my bangs and with this band’s discography. My first vinyl record (that isn’t from my parents’ collection) is their EP, Imaginary Numbers. It was a gift from an old friend. During the 8123 DVD autograph session in Fairview Terraces, I snuck the poster from the said record and had the whole band sign it too. I even mentioned to John that it’s my favorite record and he said, “Aww, thank you so much.” 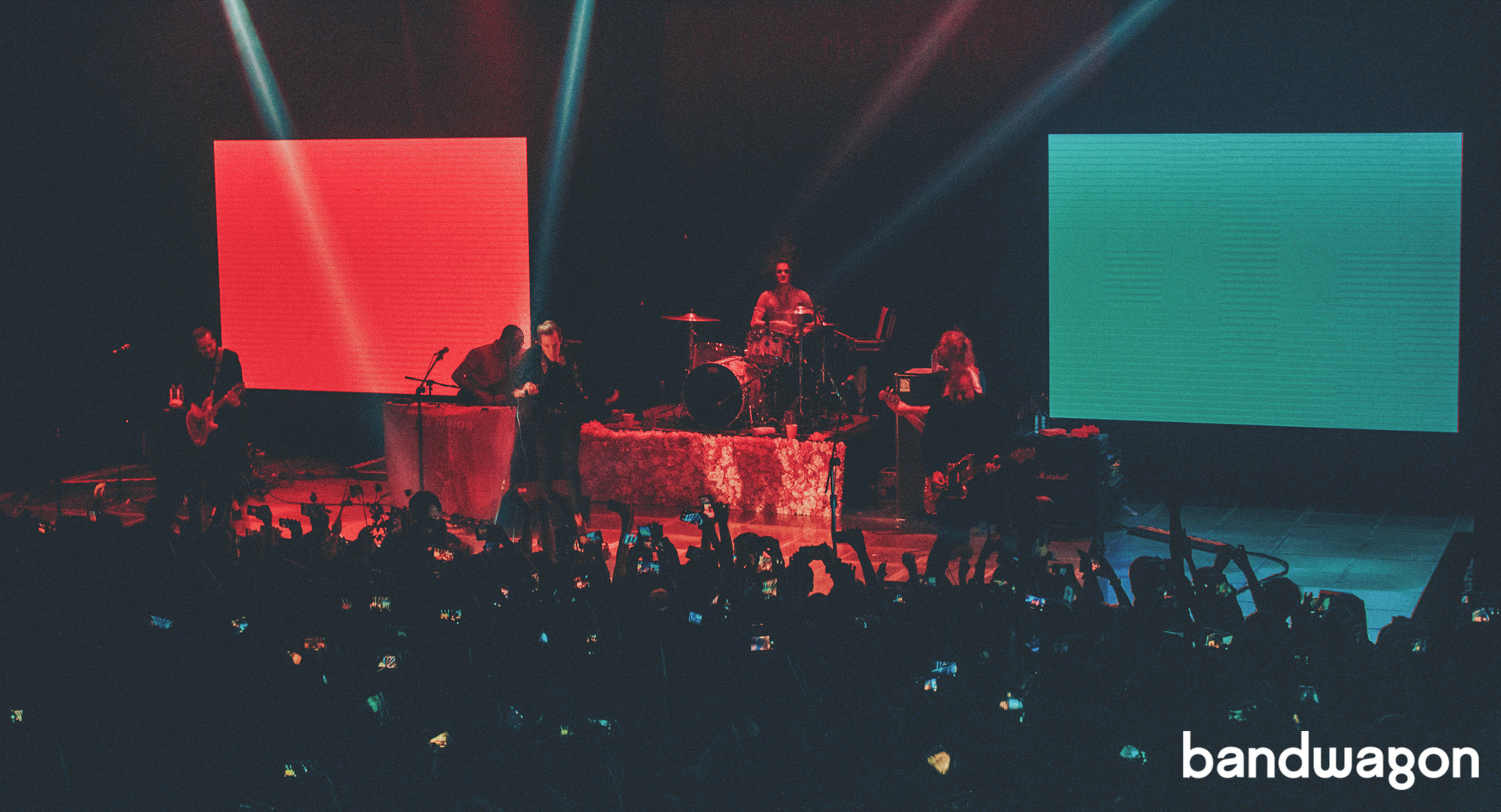 Watching them live for their Lovely Little Lonely Tour gave me goosebumps and some butterflies in my stomach. Their latest album is something hot and fresh on the plate. It sounds like them but also feels entirely different from all their past records. They kicked off with Lovely which followed by Black Butterflies and Déjà vu, turning the crowd of human beings into a pool of teary-eyed goo. 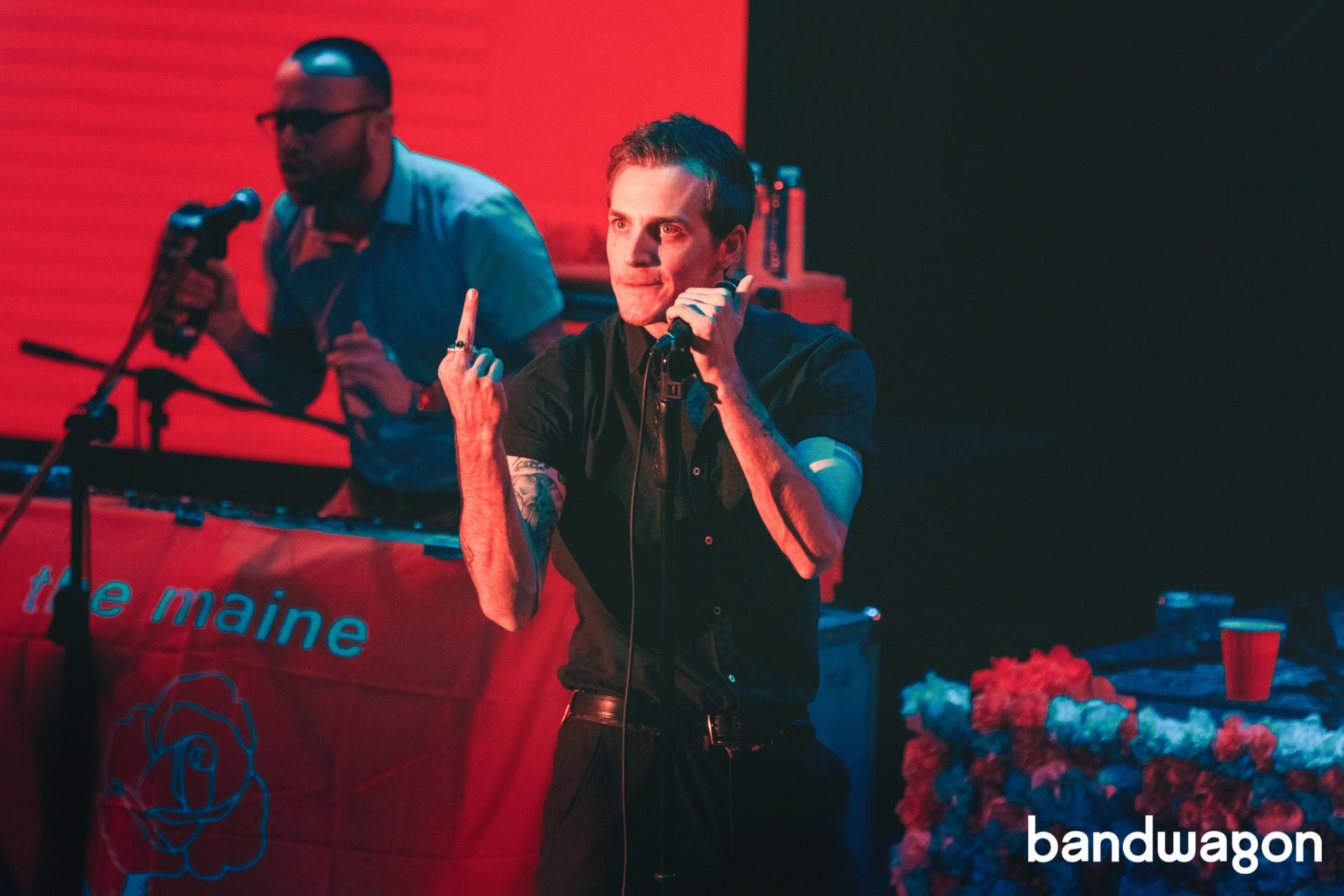 One of my favorite things about The Maine is how consistent they are with their stage antics. During their tour here in Manila with All Time Low, John climbed up the speakers while singing Right Girl. Last Saturday, he climbed up the speakers while singing Am I Pretty. Certainly, thanks to the lights and sounds, the entire moment itself was pretty. 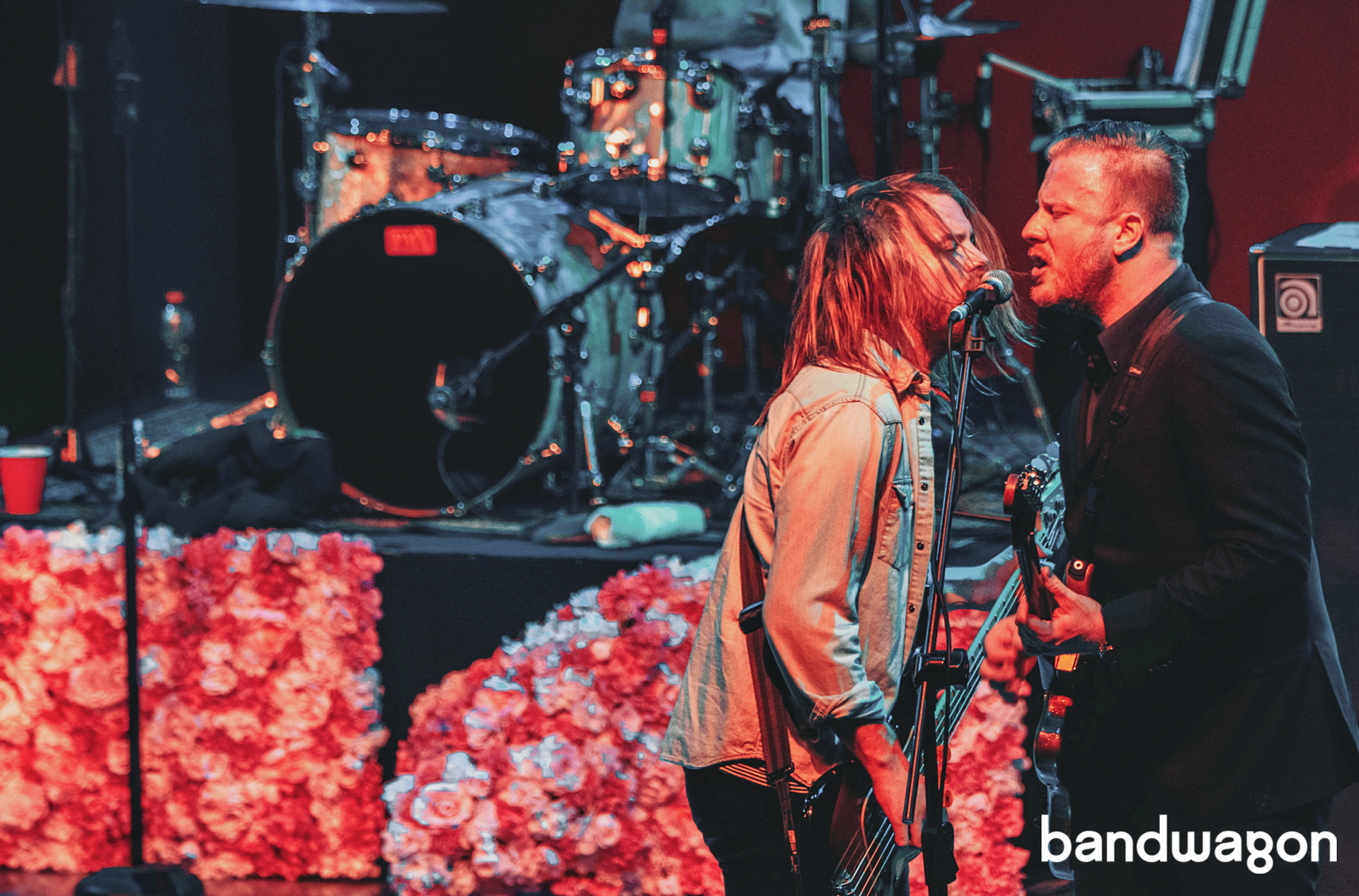 In the early part of their set, John requested everyone to put their phones down. He also promised the crowd that he’d show them one butt cheek if they put their phones down for at least four minutes. Eventually, the fans followed his request. He asked the crowd, “Please raise your hands if it’s your first time to watch (us)!” and he jokingly said that he’d give each person a puppy outside. 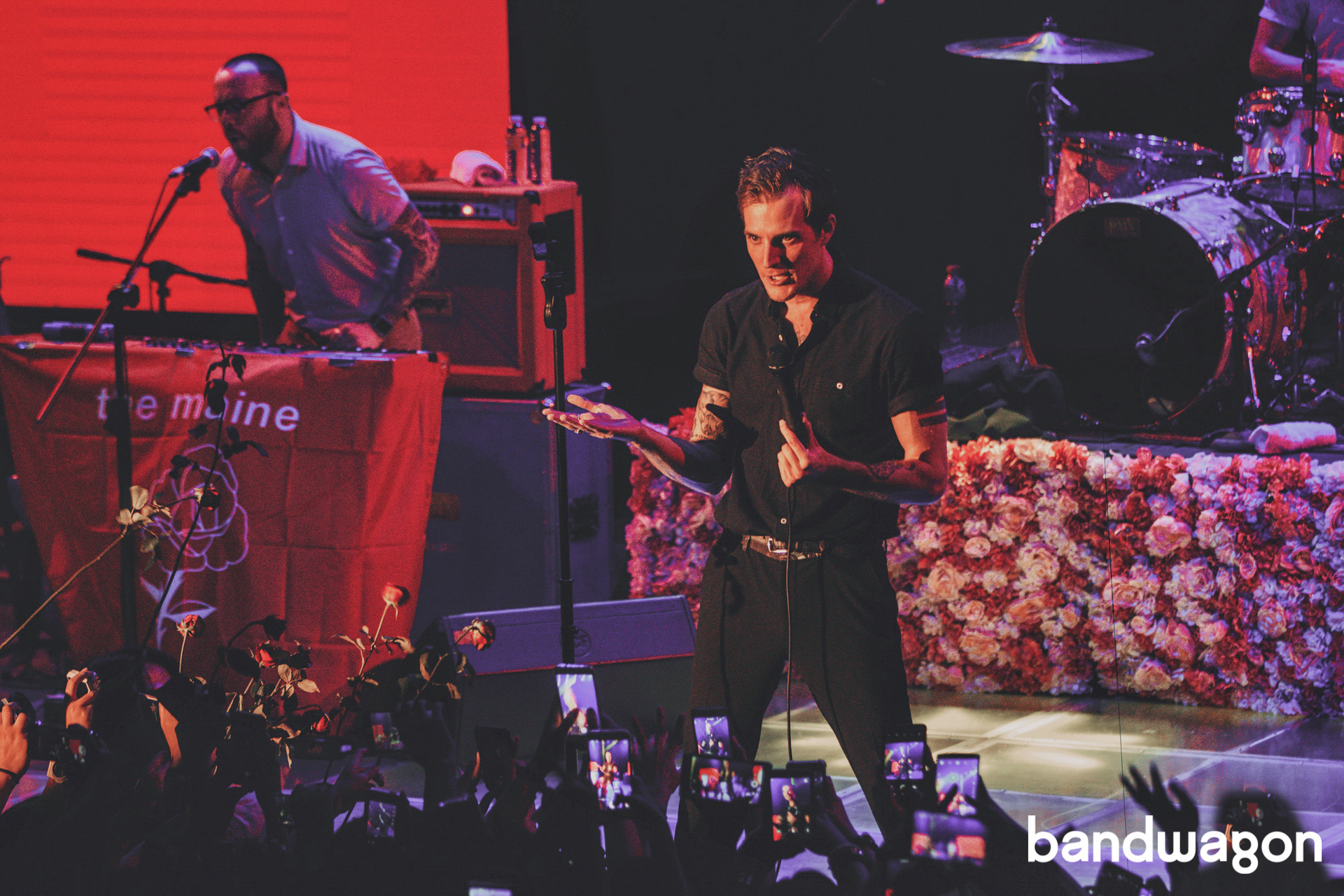 There was a patch of people holding out roses in the first row of the pit. Later on, John took one of the roses to bite then throw it out from his mouth. Whether it was Kennedy or Garrett that were laughing on the sides or Pat’s wide smile behind his long hair, you could tell everyone was having the time of their life. While they were performing Right Girl, John even walked to the right side of the crowd and threw himself into a pool of hands. 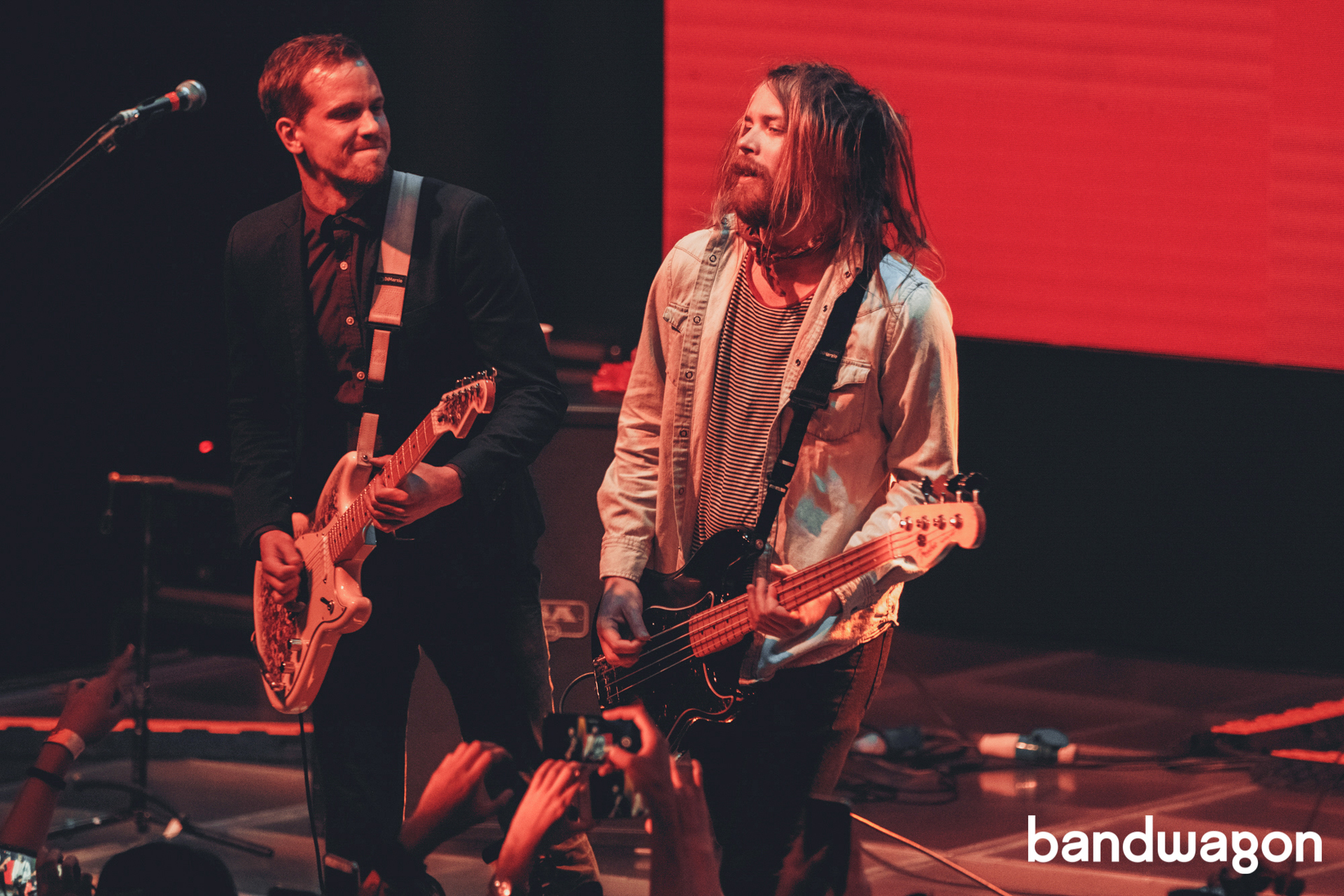 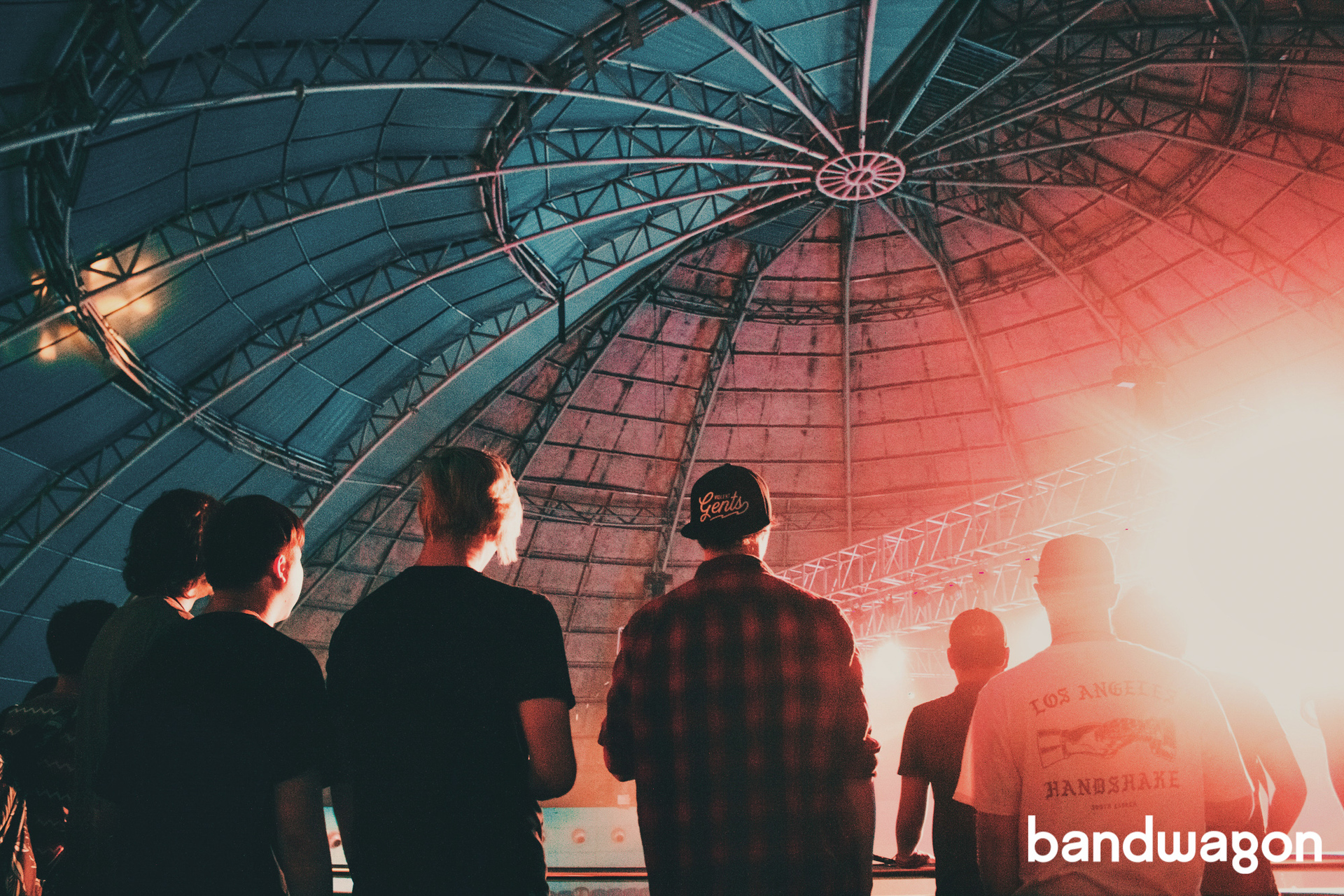 It took a while for us to realize that we were standing next to State Champs and With Confidence who were watching the show. They were singing to some songs and cheering for the band. Even if it was the heart-aching mellow tune of Raining In Paris, they were out with the crowd to watch their co-headliner. It took me a while to greet any of them. Luckily, I was able to take a photo with Derek DiScanio before the show ended. 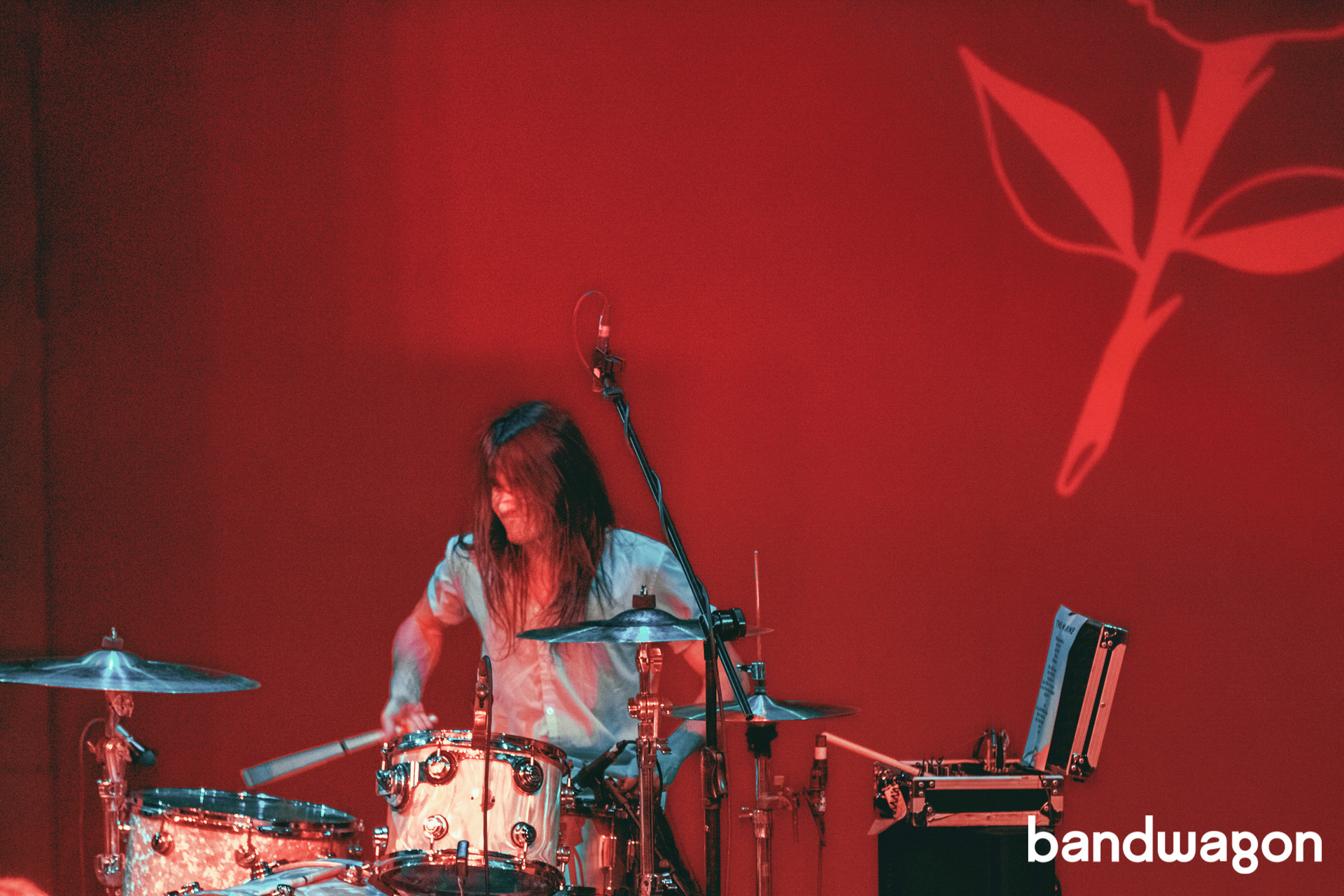 The show went on as they played Girls Do What They Want and grabbing a fan from the crowd to come up on stage to take the microphone. John took Joshua’s (the fan) cap and glasses and asked, “Can you still see?” and Joshua nodded. John asked the crowd to cheer for Joshua and to tell him they love him. Afterwards, John taught Joshua some tricks so he could take the lead in the song. He also looked for Joshua’s girlfriend in the crowd and told her to make sure she’d record that moment. One of the things I enjoyed the most in this show is watching John belt out a whole scream without cracking his voice. It made me realize how talented he really is and how crazy he must be. 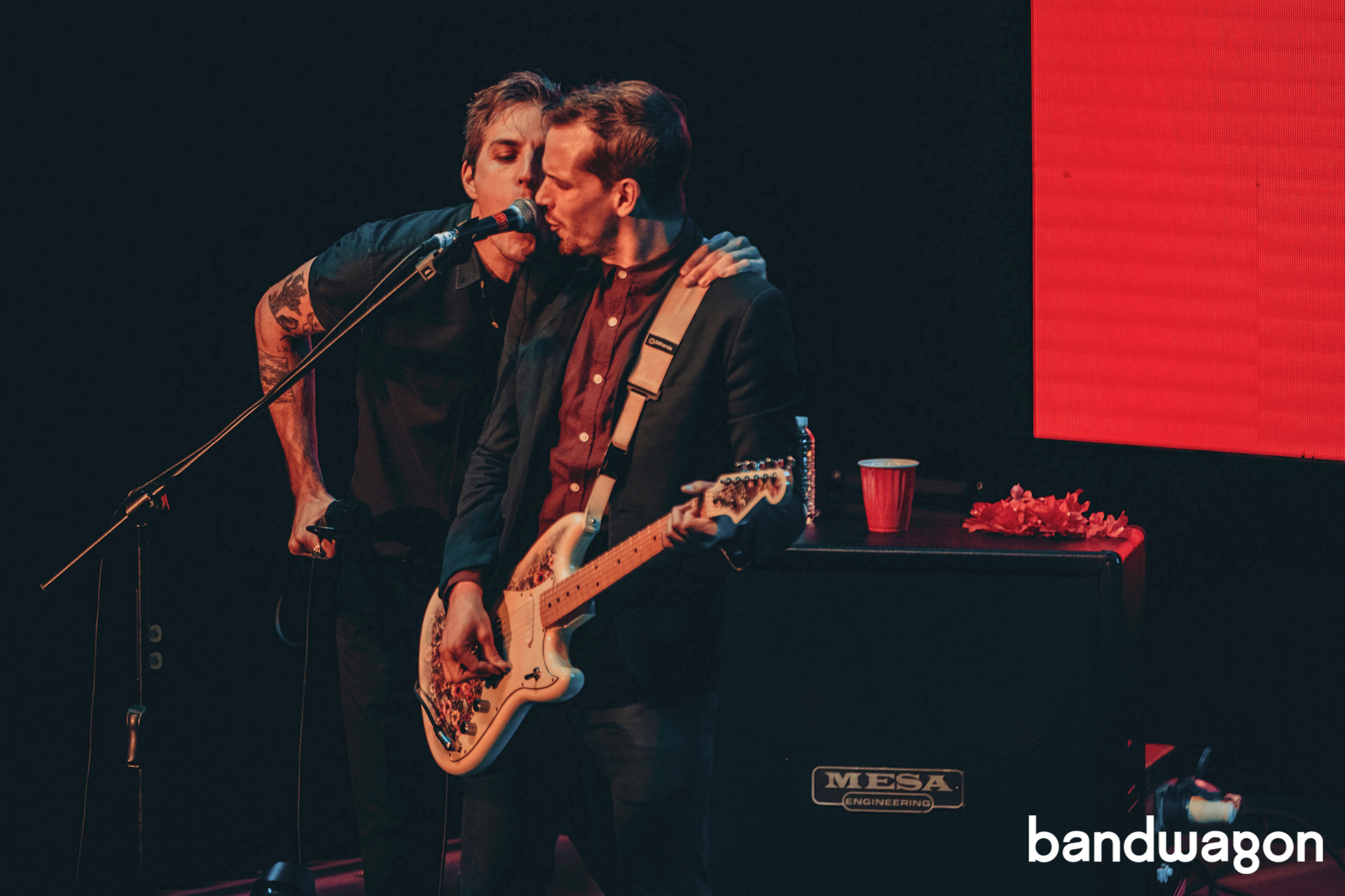 They ended their set with Another Night On Mars, capping the night with a track reminiscent of 2 AM realizations and healthy wishful thinking. While the crowd started to cheer for an encore, the boys came back on stage and some of them had thrown out their shirts. As promised, John went up at the edge of the stage and pulled his pants down a bit to expose half of his butt. He said, “I showed you guys half of two butt cheeks, so that counts as one!” They performed Ice Cave for their encore and ended the show while stealing our hearts and giving us butterflies in our stomachs. 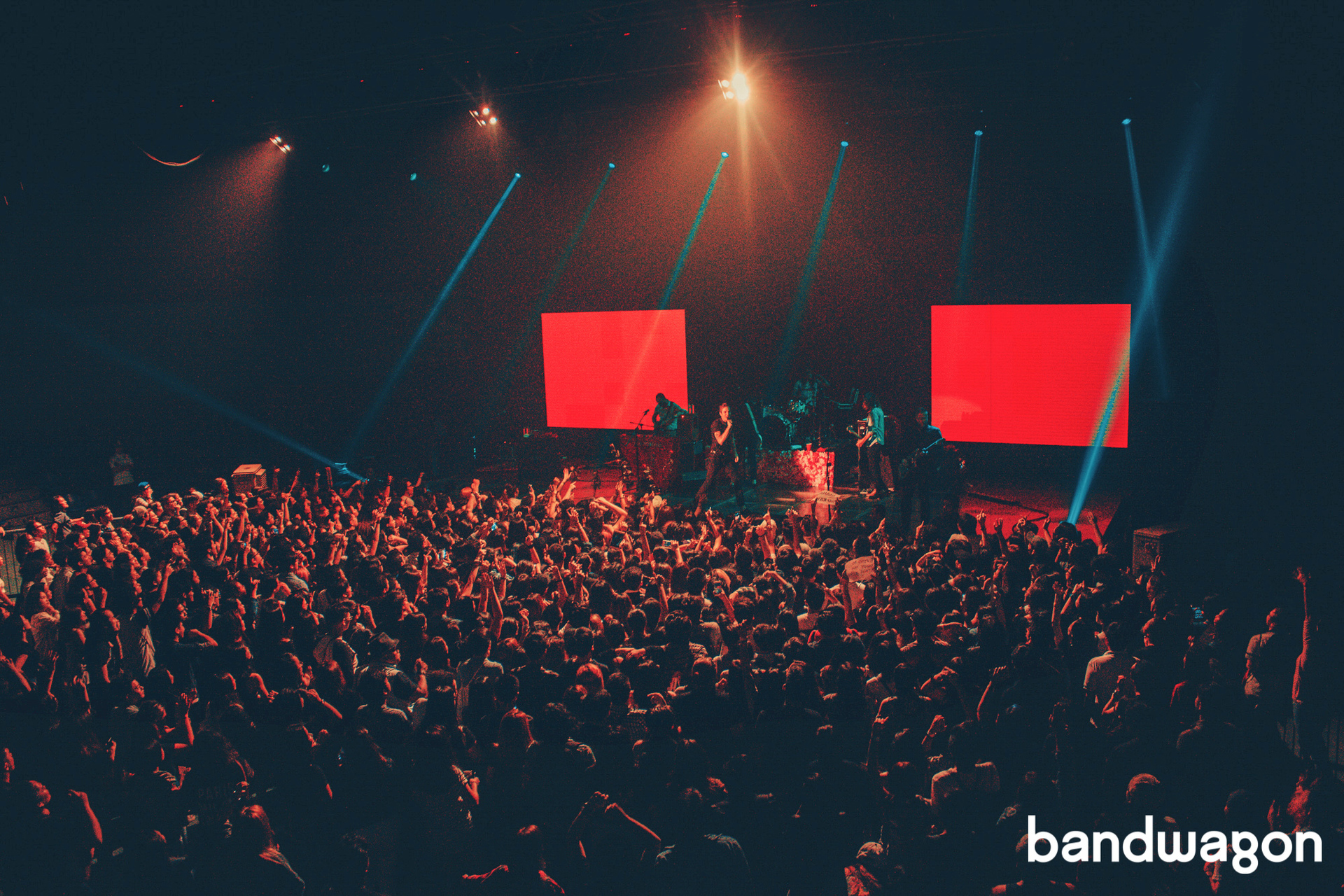 Special thanks to PULP Live World for inviting us to this year's Bazooka Rocks!