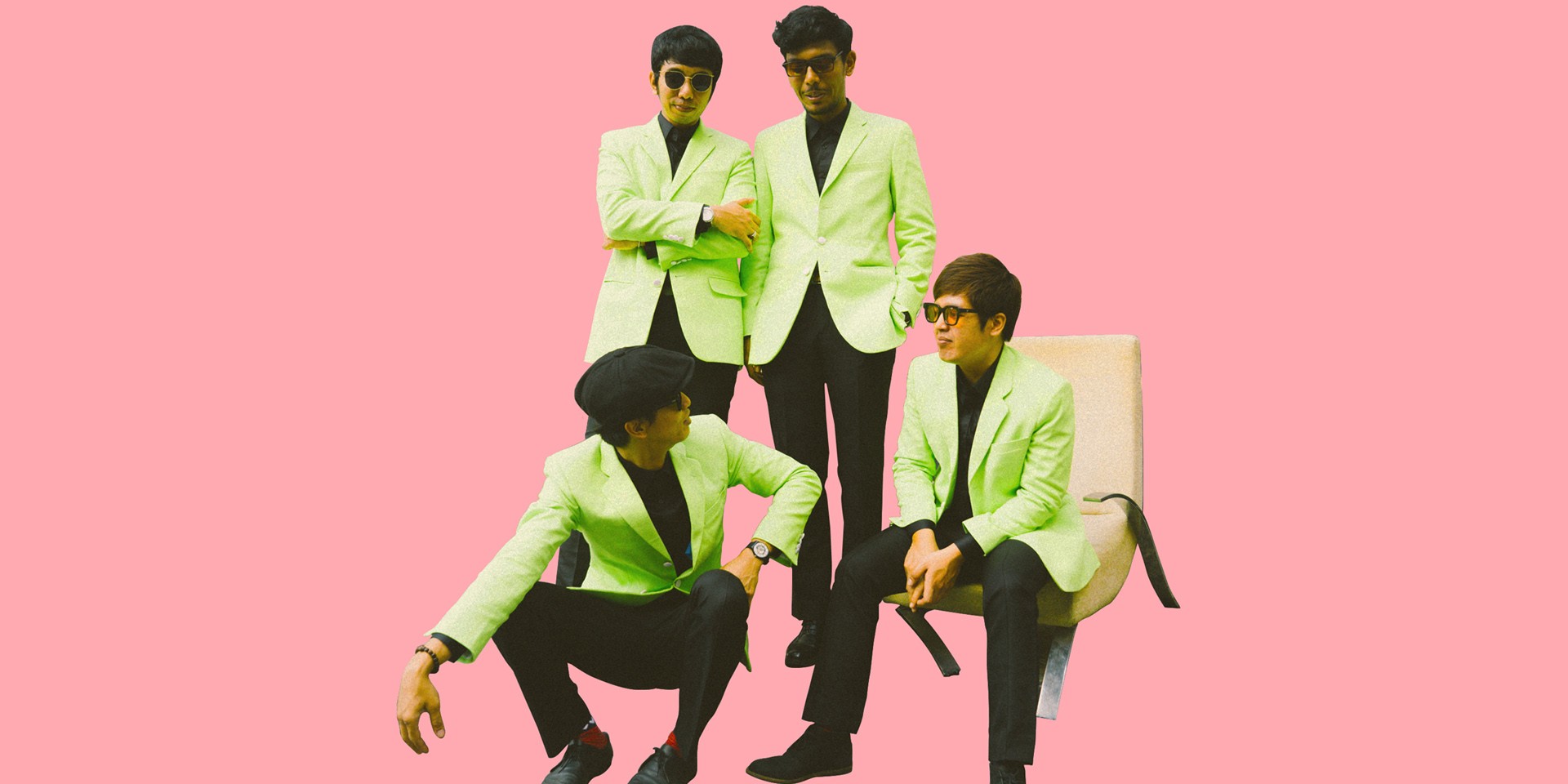 Celebrating their 15 years as a band in 2017, Singaporean rock band The Pinholes are running strong and hitting a parade of firsts with their new EP, D'Antara Kita.

Their first to be released on vinyl, D'Antara Kita also holds the distinction of being their first Malay-language album, recorded with the production skills of Jack Ho from Jack And Rai.

Led by their dynamic and affable frontman Famie Suliman, The Pinholes will be launching D'Antara Kita with a special show at Hood Bar & Cafe on December 16th. Before that, we speak to Famie about their decision to write and perform their music in Malay, the magnetism of British Invasion music, their longevity as a band, and more.

D'Antara Kita is the band's first ever Malay-language record – do you think the language has allowed you to express yourself in ways you haven’t been able to in English?

Yes indeed. When we started out years ago, I never really thought that I would write something in my own native tongue as we grew up with English being our first language.

However, after SXSW in 2010, I had more confidence to do it, and the first time was actually rewriting a Hari Raya song in 2011 entitled 'Besok Oh Yeah', which was used for a Suria tele-movie. Now it seems the timing is just right for us and we are ready for songs we can sing in our native language.

Tell us more about what went behind the songs of D’Antara Kita, and what they mean to you at this stage in your career.

For DAK (short for D'Antara Kita), we have six songs that made up of a variety of components: straight rock'n'roll, pop, blues. A mix of fast and slow songs. But the strings that link all these songs together are about hopes within a relationship.

Was there anything different about the production process for this album compared to previous ones?

Yes, of course. We recorded it in a proper studio — in fact, two different studios in Singapore. And we had a "real" producer who was there with us all along.

We were really glad to work with Jack Ho (Jack And Rai). He handled us with patience and believed in our music, making everything seem so effortless. And of course, we were backed and supported by National Arts Council. Without them, this process might not have even finished so soon. 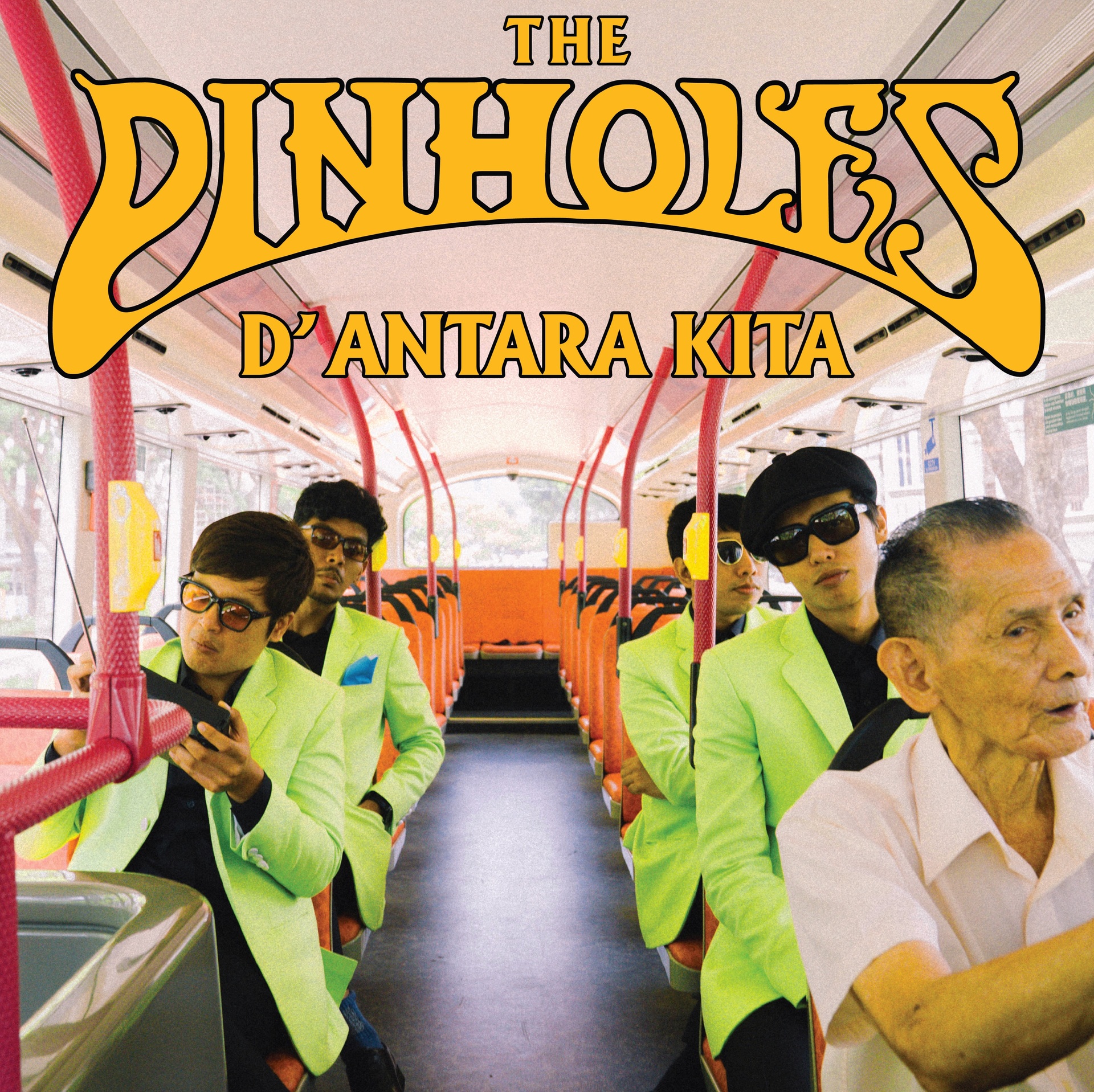 The album art for D'Antara Kita.

For this album, you collaborated with Malaysian female singer-songwriter, Takahara Suiko (The Venopian Solitude). How was that like and what drew you to her?

Two years ago, I actually wrote the song 'Kembali' for an SG50 short film directed by Eric Khoo.

First, it was sung by Nadia M Din, a homegrown singer and actress in TV show Mata Mata. It was recorded for a scene and became the soundtrack for a short film entitled Sinema.

Somehow, within that same period of time, I managed to catch Taka and her group, The Venopian Solitude, when they were in town performing at Esplanade. I already knew her session guitarist, who is a dear friend of mine, and she introduced me to Taka.

I brought them back to our studio in Dunlop Street. It was there when I asked her if she was keen to sing on 'Kembali'. I wasn't sure if there was even an album at that point in time. I approached it as a fun collaboration, an alternative to the one by Nadia M Din. But Taka brought the song to life. She brought the "Pontianak" vibe to the song.

The Pinholes draw plenty from British Invasion and pop yeh yeh bands. What do you think has been the most timeless factor of such music?

Actually, when we first started, we just wanna play rock n roll. I was heavily influenced by British music like Britpop, Brit-rock, rediscovering British Invasion and all 60s treasures.

To be honest, I wasn't  really fascinated by the pop yeh yeh era as our Malay radio stations still aired all those classics. My curiosity was with the bands that played English rock. When I discover The Beatles, The Rolling Stones, I start to ask myself hard, was there no Singapore Beatles back then? If there were, where are they now? That was when I discovered bands like The Quests, Straydogs, Mike and Herb and more of thoses gems. I was super stoked. It was like my first "sexperience".

The band will celebrate 15 years of existence this year. Being together that long, what are some of the lessons you’ve learned about staying together as a functioning unit?

Thank you guys for acknowledging our existence. I guess being long in the scene is one thing, to sustain is another. Being in a rock n roll band is actually easy if you know why you are there in the first place.

People who actually want to play together in a band usually just whack, then when things get to somewhere, they panic, feel the pressure or remain uneasy. Unless they wanna be a cover jam room band, then the idea of rehearsing for hours — dedicating life and ideas to a single project — is not for these chaps.

For all aspiring band members, if you're not contributing enough, just keep yourself grounded and follow your leader, or whoever is taking charge of your band, unless you can see yourself bringing your band to another level in some way. Amen.

If there were any act you could tour with, who would it be? Alive or dead, and why.

Paul McCartney. I guess touring with the living legends is all you need to do. He's been there for as long as pop music is concerned. He's been everything except being John Lennon. And who wouldn't want to be an opening act to a Beatle, right? Next would probably be Bowie.  He got soul but he's not a soldier.

What’s next for The Pinholes?

Touring, of course. We wanna tour a lot with this album. Maybe about three to six months within the region. I heard Kelantan is a no no place for a gig. But I hope we are gonna bring the tour there next year. After that, maybe we might wanna prepare for Glastonbury again or something.

What are your five essential pop yeh yeh songs? Tell us a bit about each of your picks.

'Kenangku' - Jefrydin & The Siglap 5
One of the few pop yeh yeh tune that is a must for a Malay wedding reception.

'Oh Teruna' - Fatimah M Amin & The Clans
One of the few female pop yeh yeh artist who got the edge to make it during the hey day. She still performs this song on her repertoire to this day.

The Pinholes will be performing at Hood Bar And Cafe on December 16th to launch D'Antara Kita. Tickets available here. 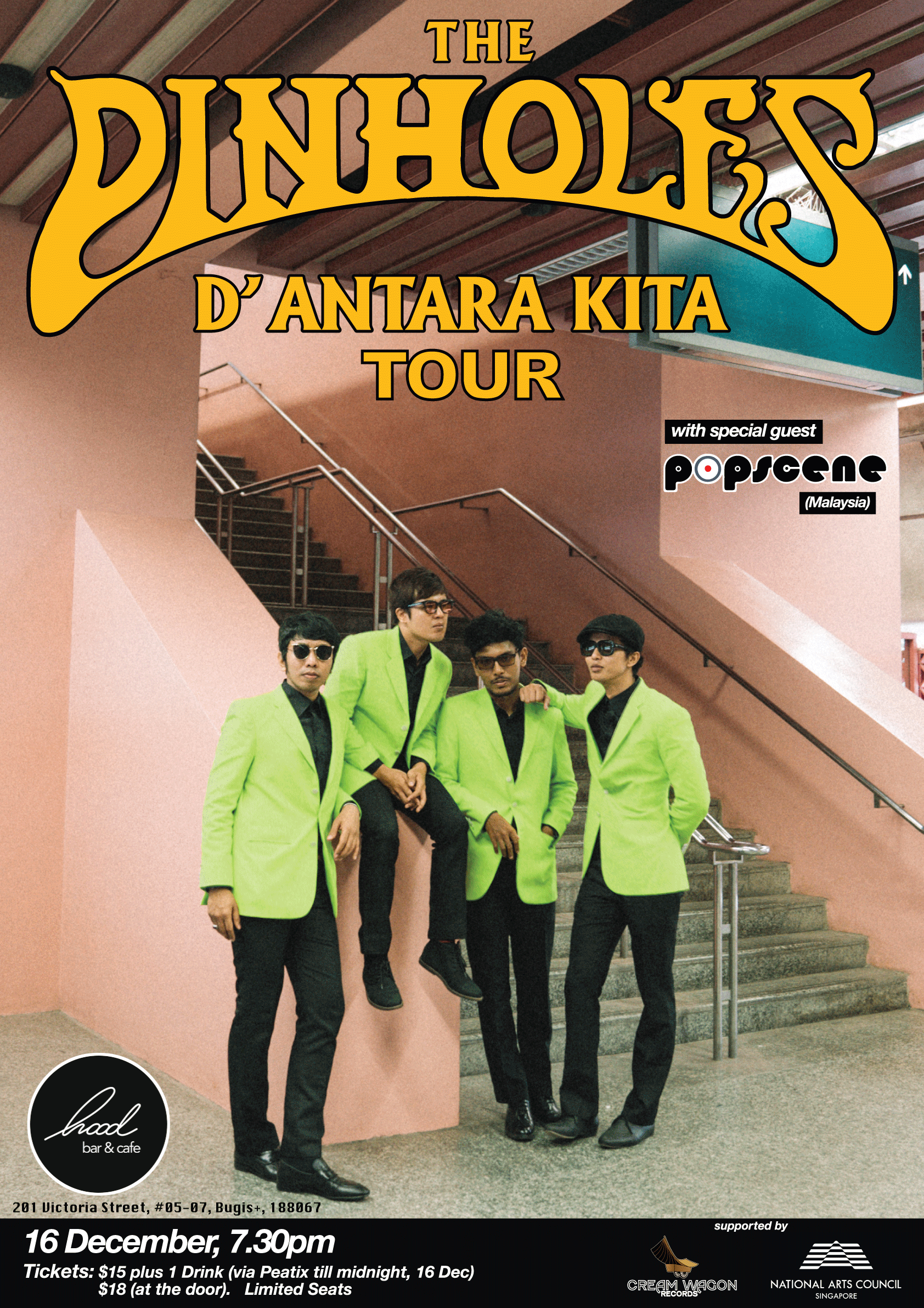