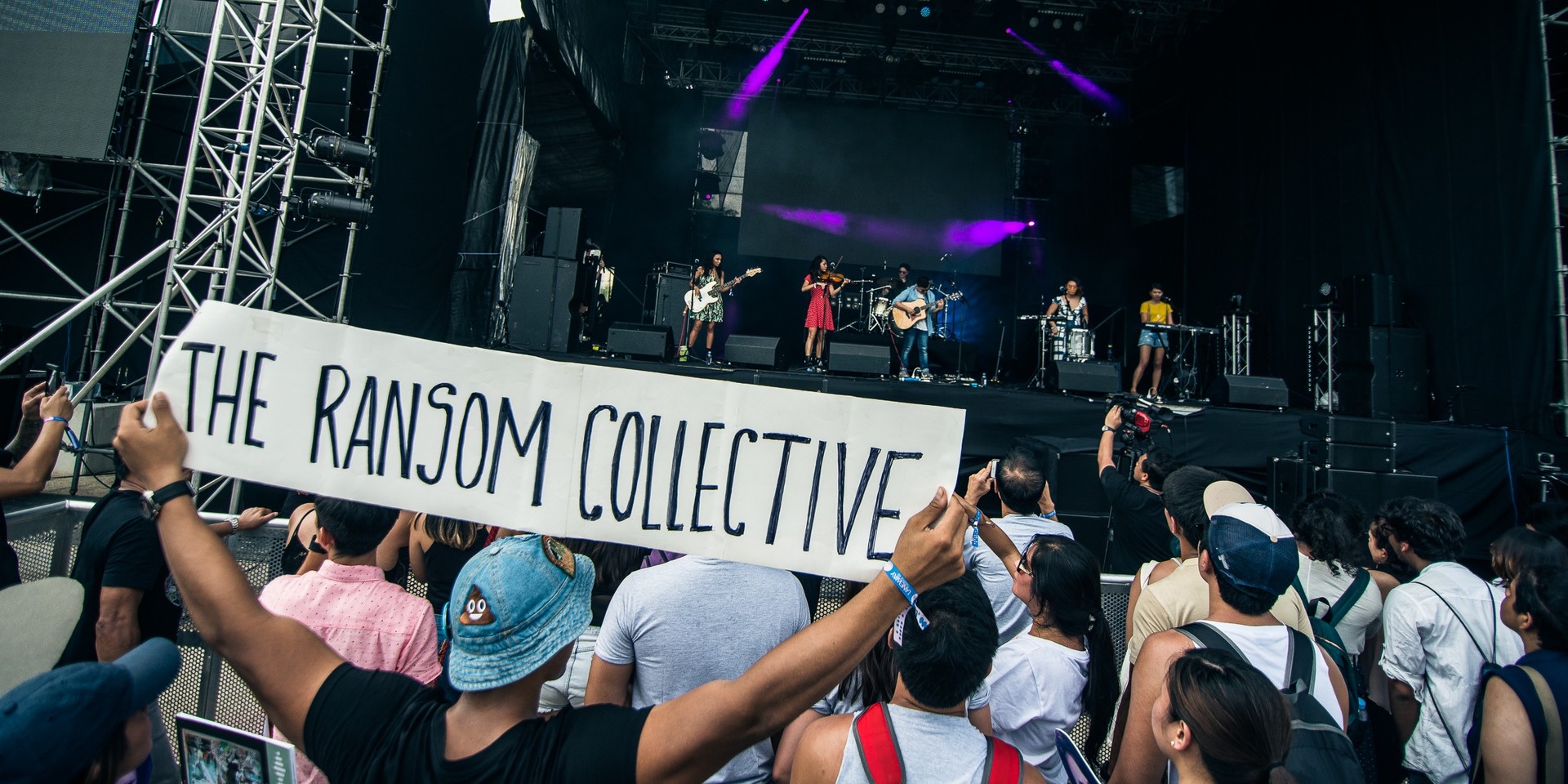 The Ransom Collective recently performed at Laneway Festival Singapore, where they received overwhelming support from family and friends who flew to the country to see them share the stage with artists from all over the world. We talked to the band about their debut on the Southeast Asian leg of this Australian-born music festival, to discover what it was like for them and what they did during their trip. 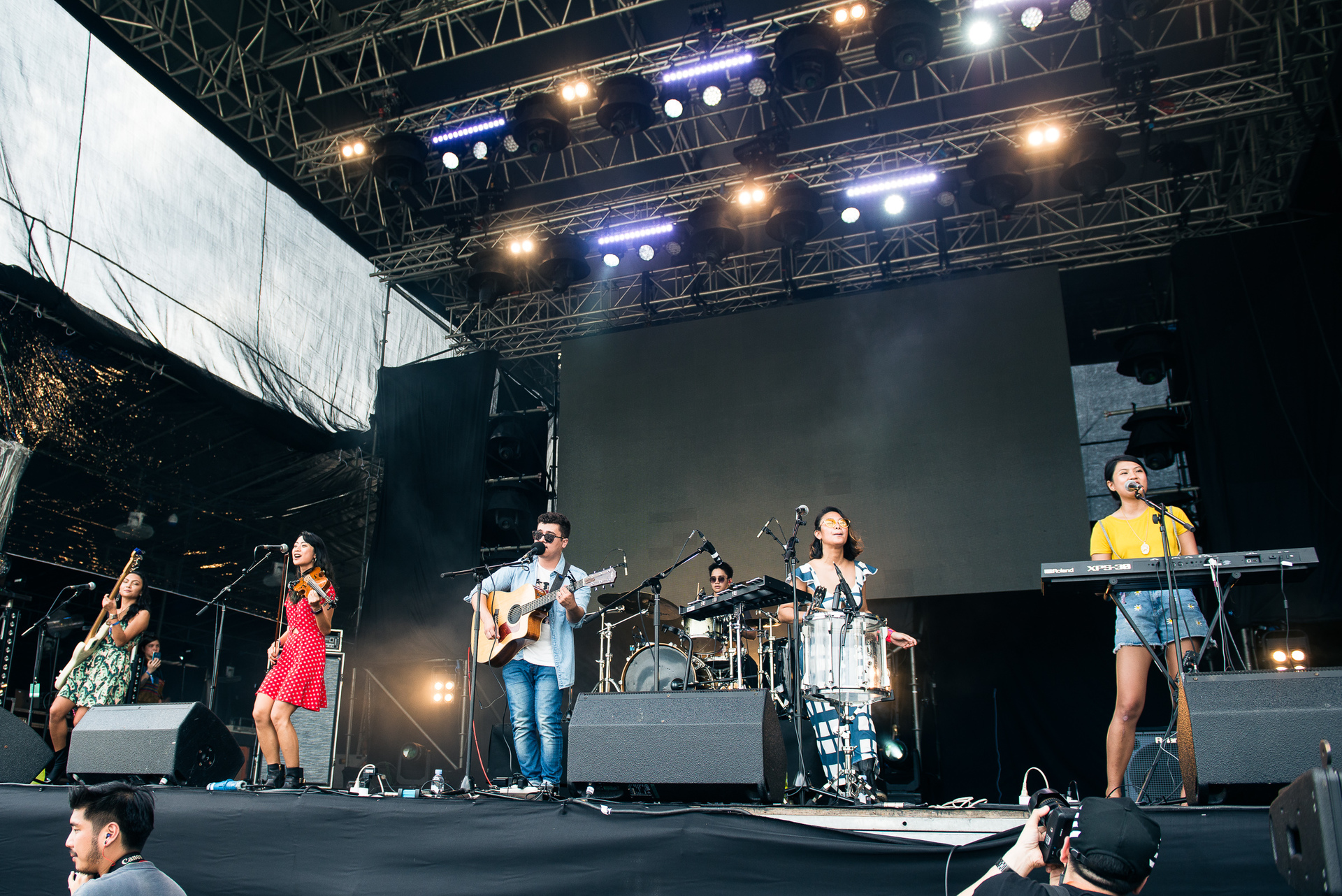 Congratulations on your first Laneway stint! What was the experience like?

Pretty intimidating at first because we were sharing the stage with international acts.  We had some technical difficulties at the start of our set but then when  we started we were able to get into the groove. It was fun playing and we were really appreciated the support of our family and friends who also flew in to watch that weekend. 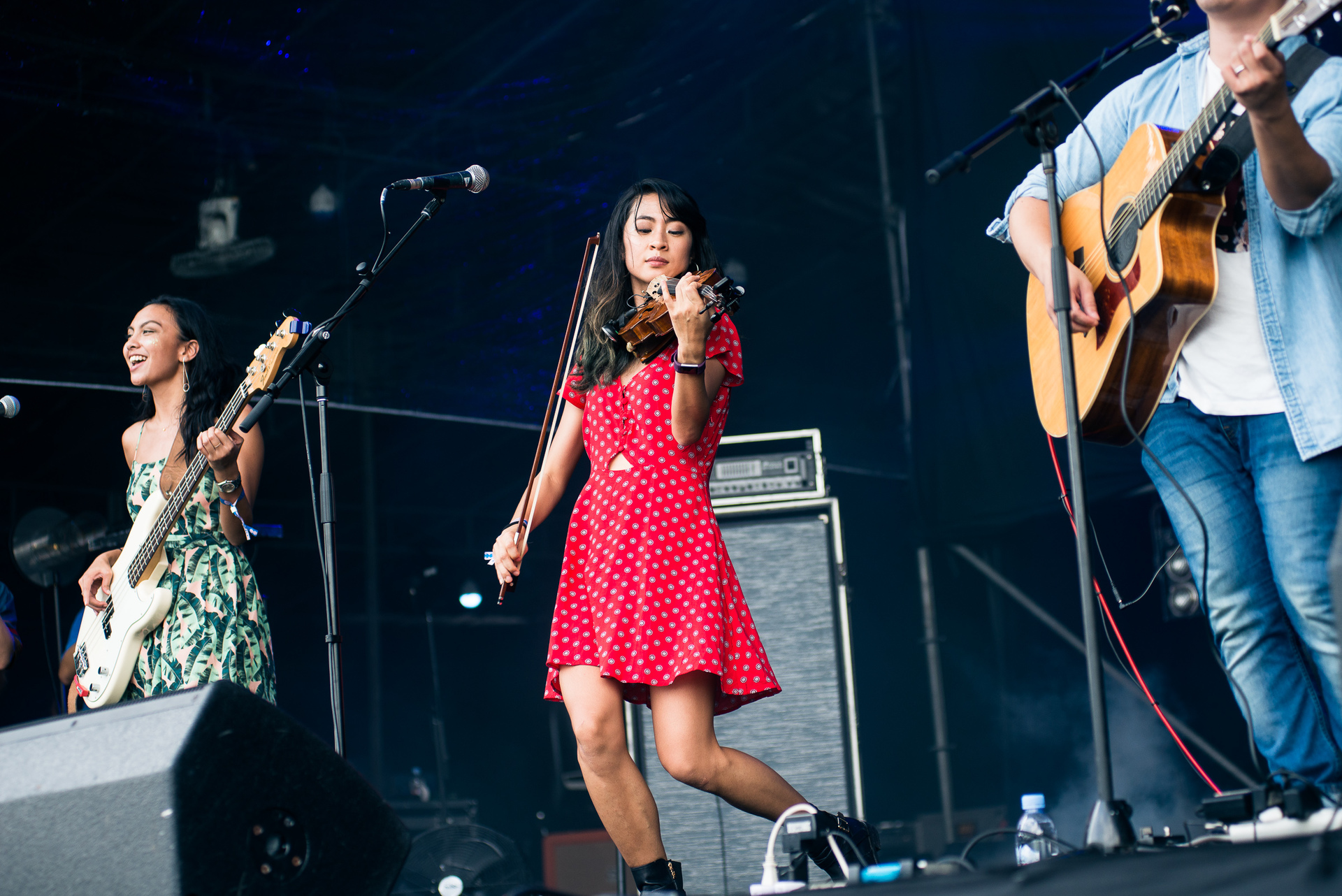 How was performing at Laneway different from the other shows you’ve done?

From the very start, we all got the sense that this was a big festival, from the way the organizers were coordinating with us, to the entourage and sound tech we brought with us, to the caliber of the other acts we’d be sharing the stage with. We definitely felt the need to step our game up to match the importance of such an event.

Prior to performing, have you guys ever flown out to Singapore to attend the music festival?

No. This was our first time to go to Laneway Festival.

What was it about Laneway that made you want to perform there?

We know that it’s a venue that aims to cultivate and support the up and coming acts from all over the world. We heard about it from Cheats and were pretty excited about travelling to Singapore. We also jumped at the opportunity to play with other international acts that we really looked up to; acts like Anderson .Paak & The Free Nationals, Mac Demarco, The War on Drugs, Wolf Alice, Sylvan Esso, among others. 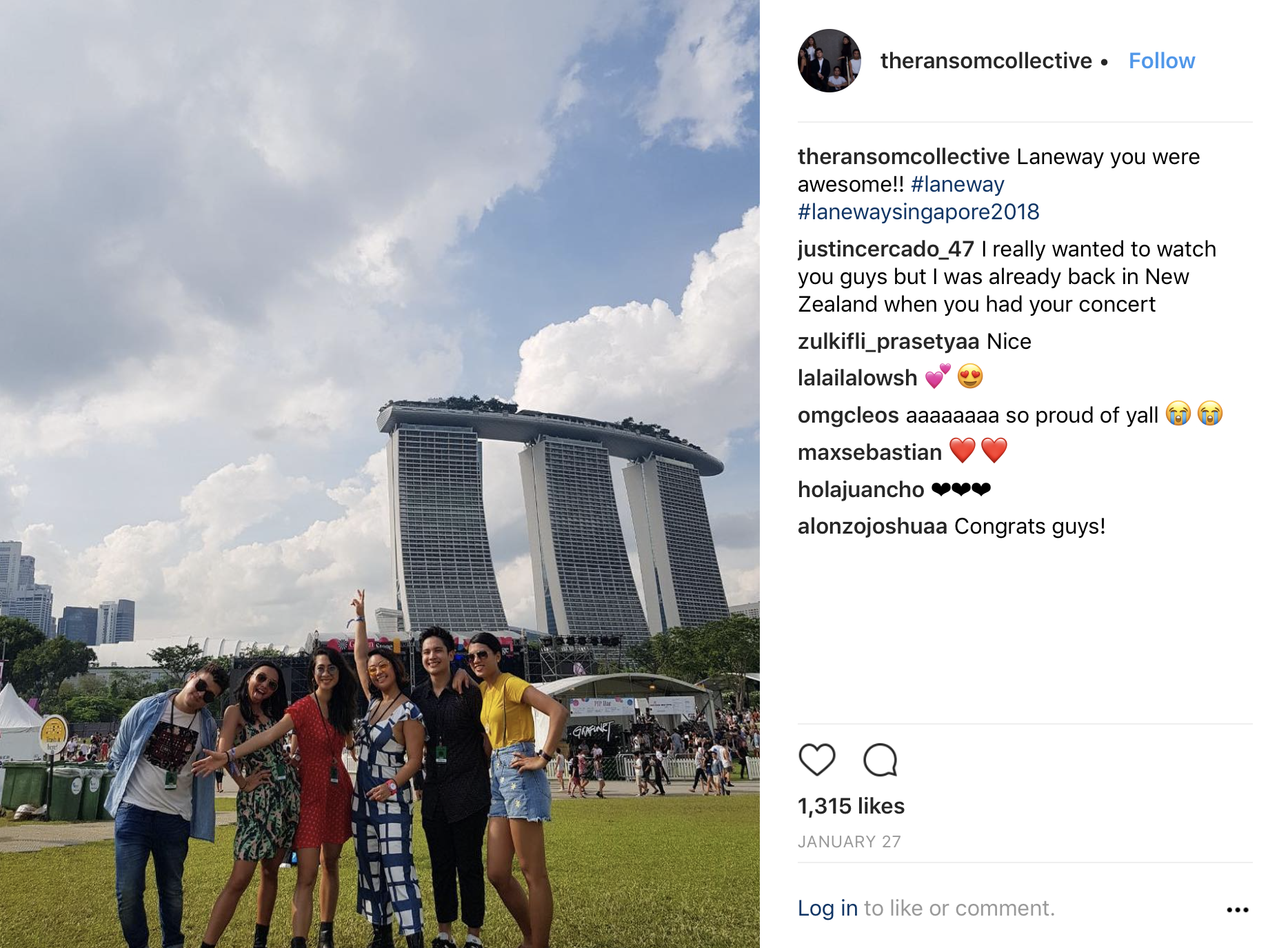 What’s your favorite Laneway memory—before, during, or after the show? Did you have any favorite performances?

It was after the show - being able to celebrate such a momentous occasion for the band with our friends and family who came out to support us; the amount of support that came from them was overwhelming. Then, we were able to sit back and just enjoy the festival, especially since all the acts that followed us were world class. 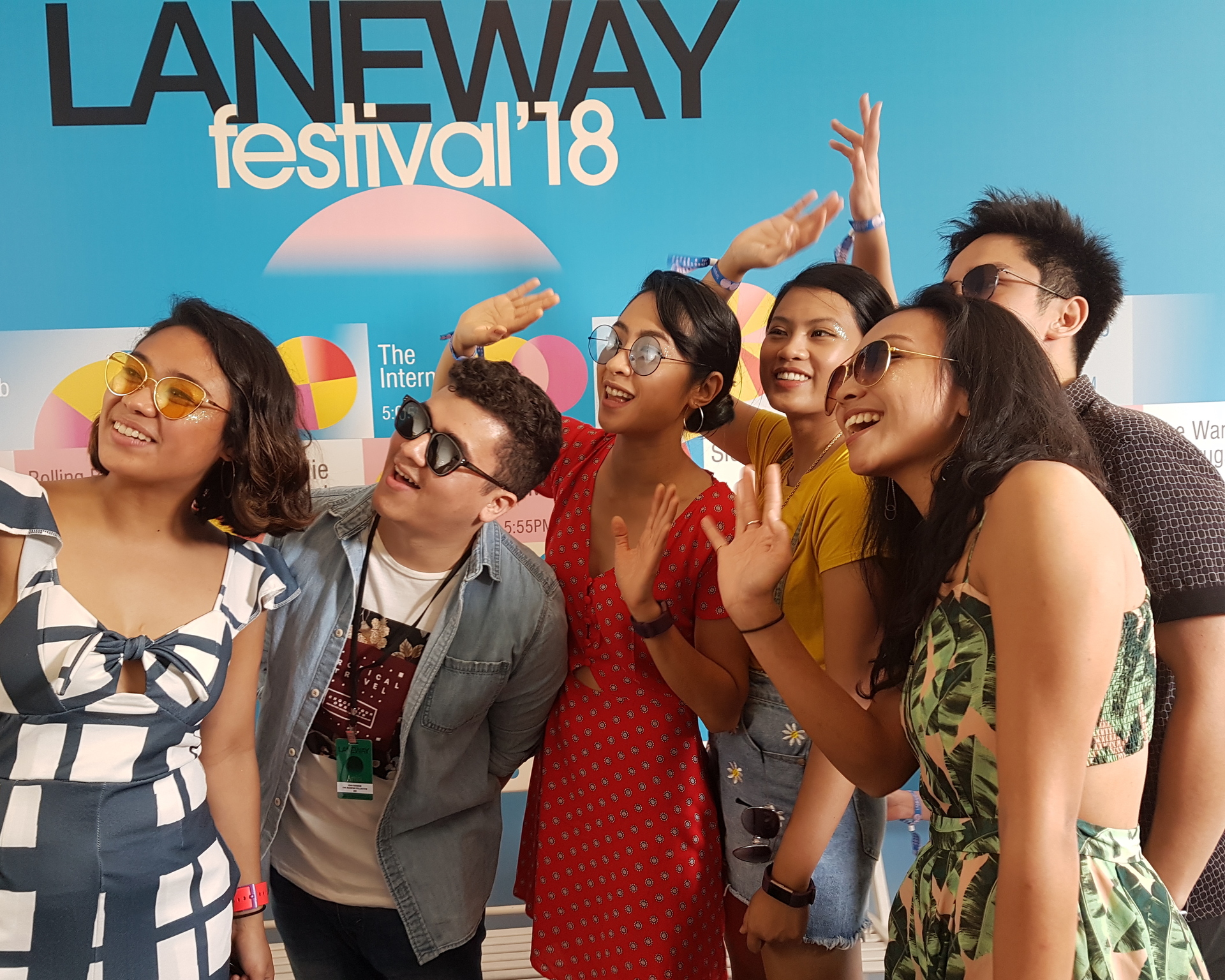 What was the vibe backstage? Did you get to hang out with other artists?

The vibe was very relaxed. Everything was provided for us so that we were comfortable so it was mostly artists enjoying their downtime backstage. We didn’t really get to hang out with them, but we did manage to get a couple of photos with some of them.

Even in Singapore, Filipinos watched your set. How does it feel to have that kind of support even when you perform at international music festivals?

It feels heartwarming. We really appreciate it and we hope we made them proud. It’s always great to have that sense of familiarity in the crowd even when playing in foreign venues. 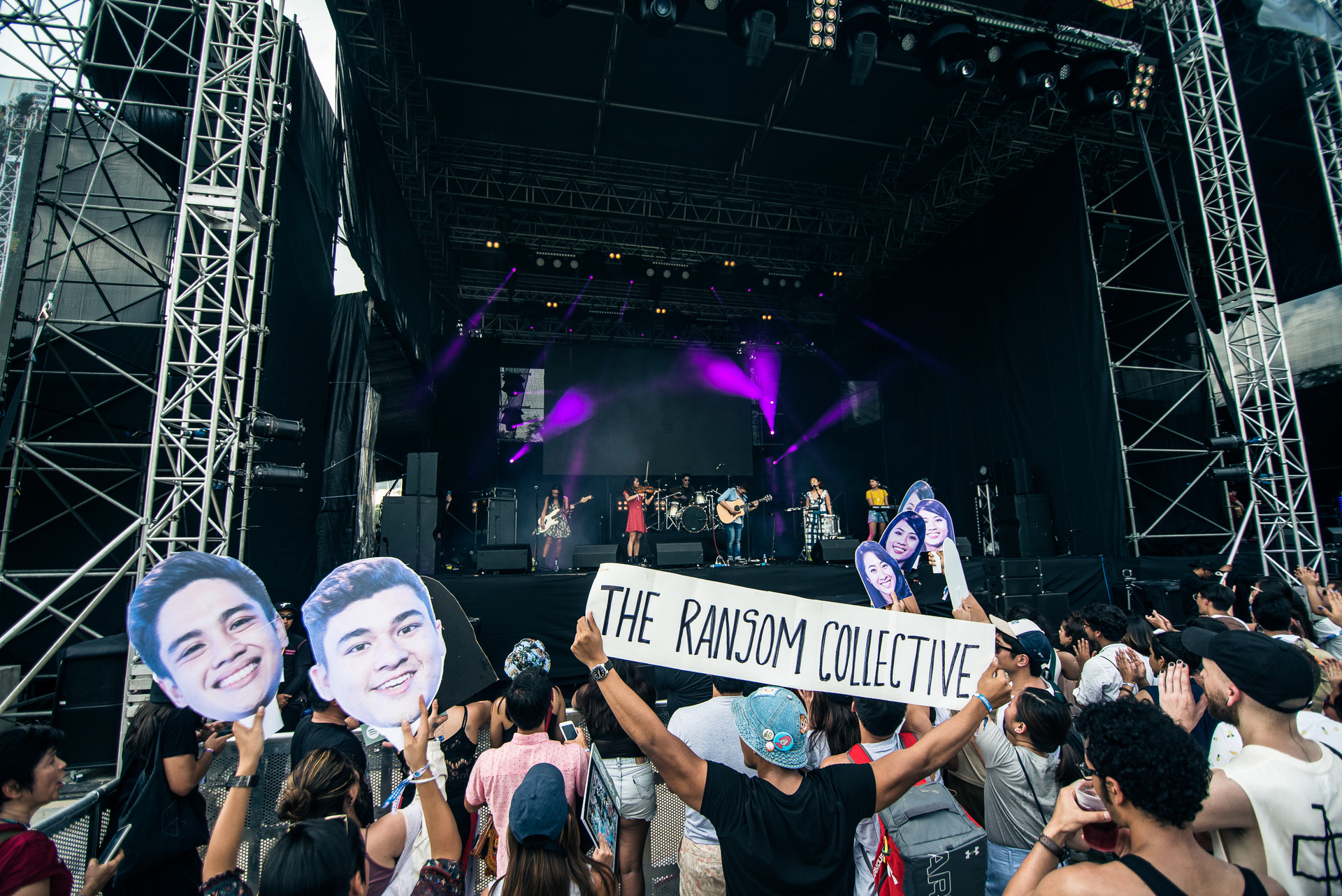 Were you able to explore Singapore while you were there? What were the highlights of your trip?

Food tripping! Going to the hawker centers and trying all the different food. Some of us got to stay longer and go around Singapore - biking by the beach, or visiting Gardens by the Bay.

Did you get to try any Singaporean delicacies?

Check out more photos of TRC at Laneway Festival Singapore: 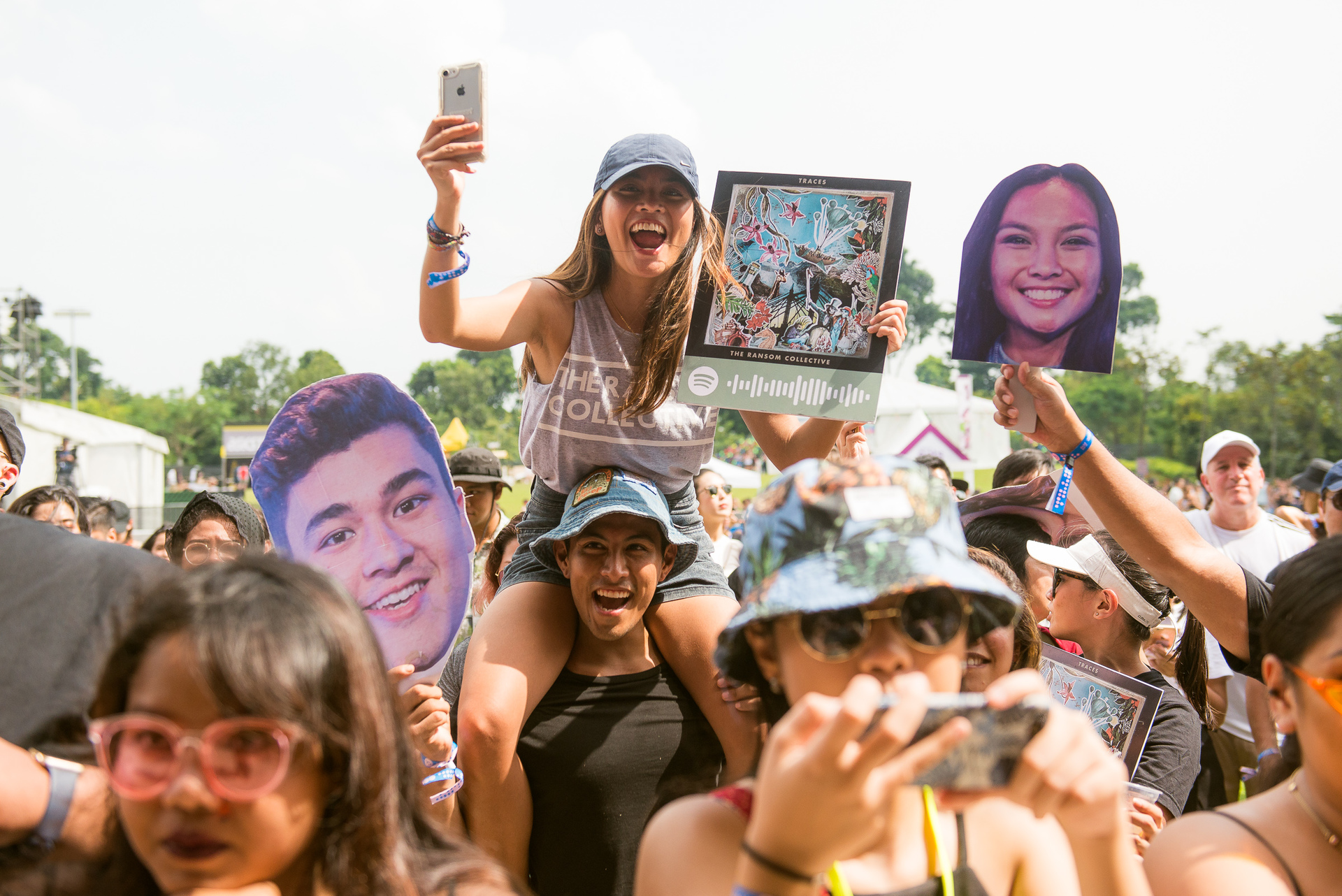 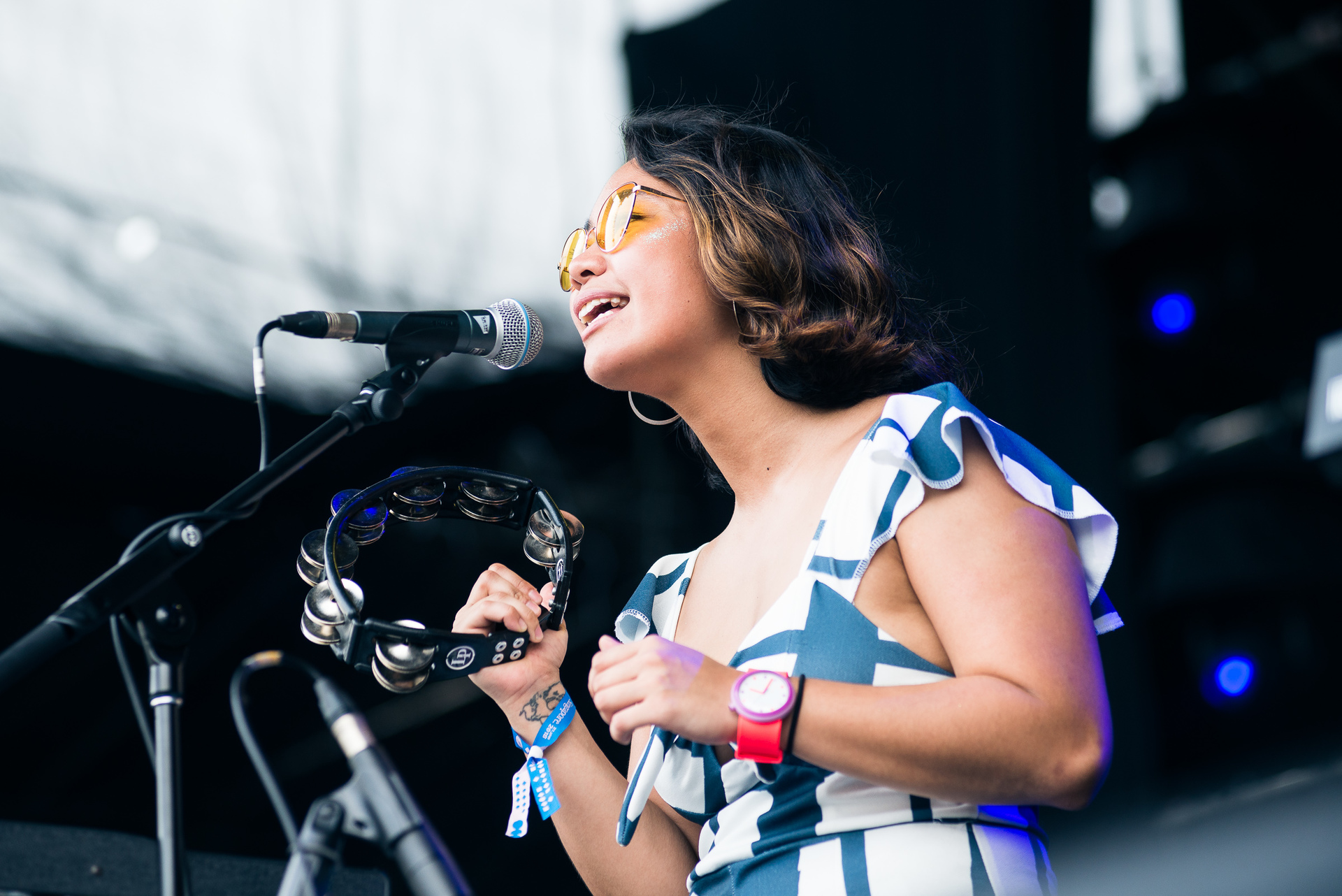 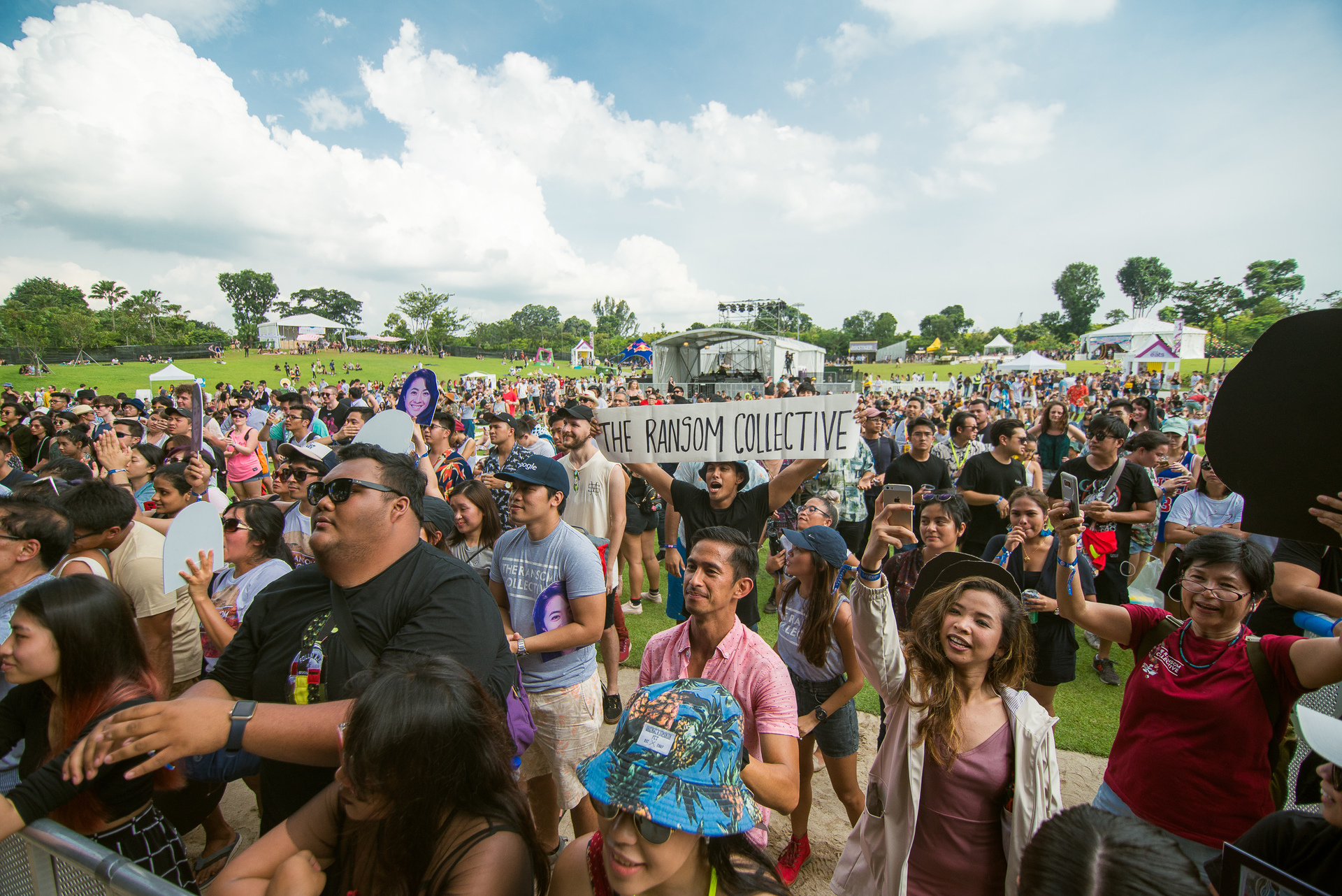 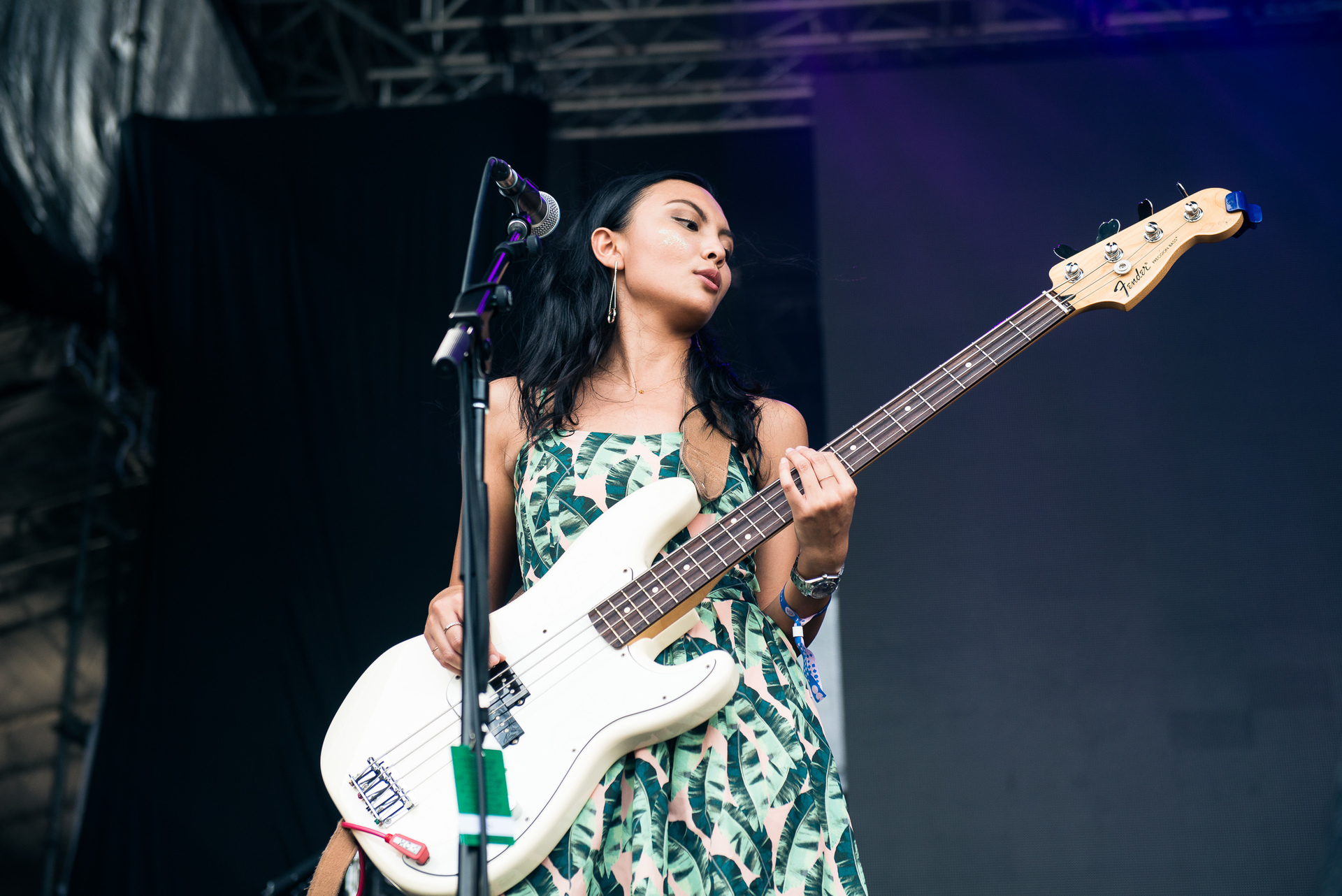 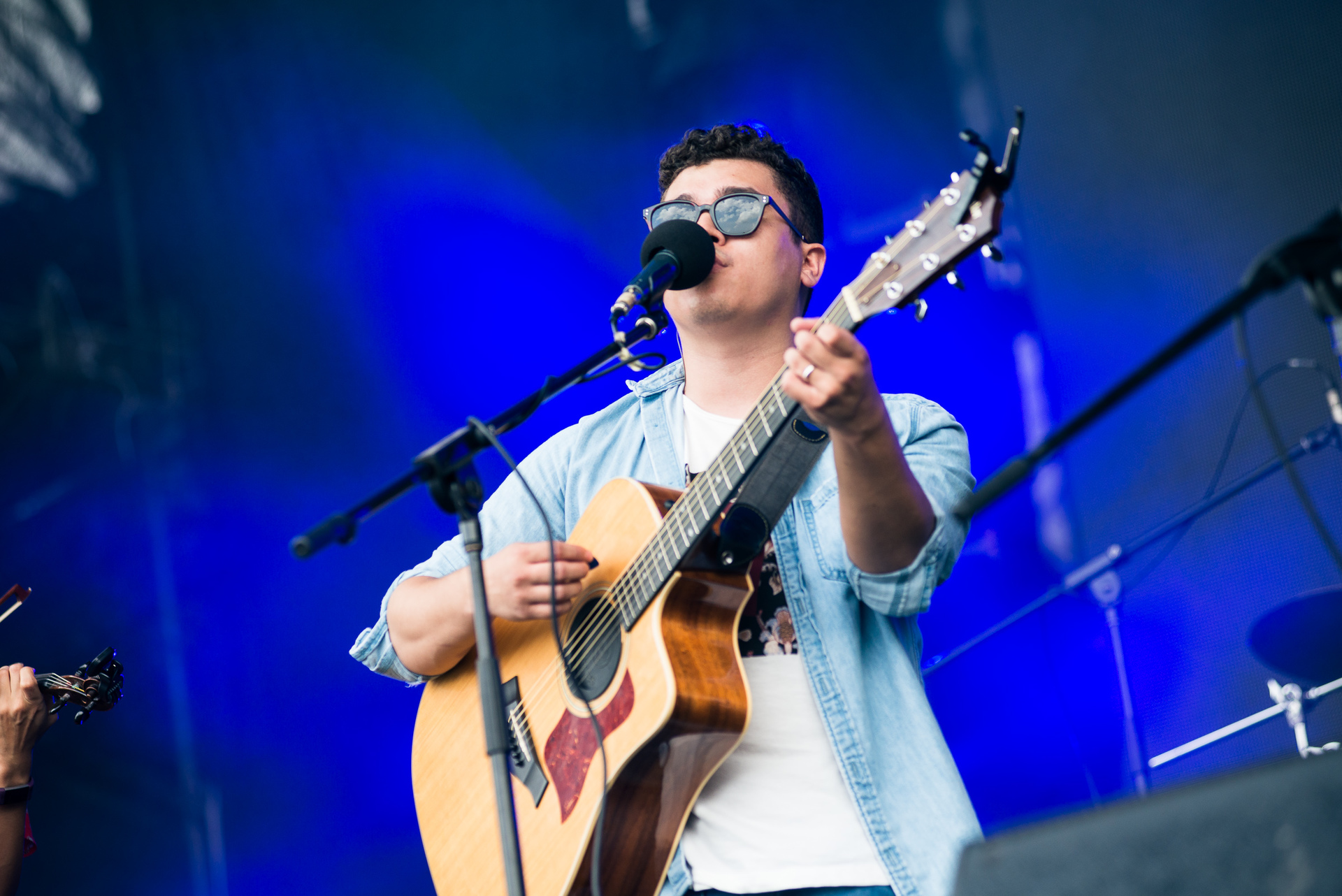 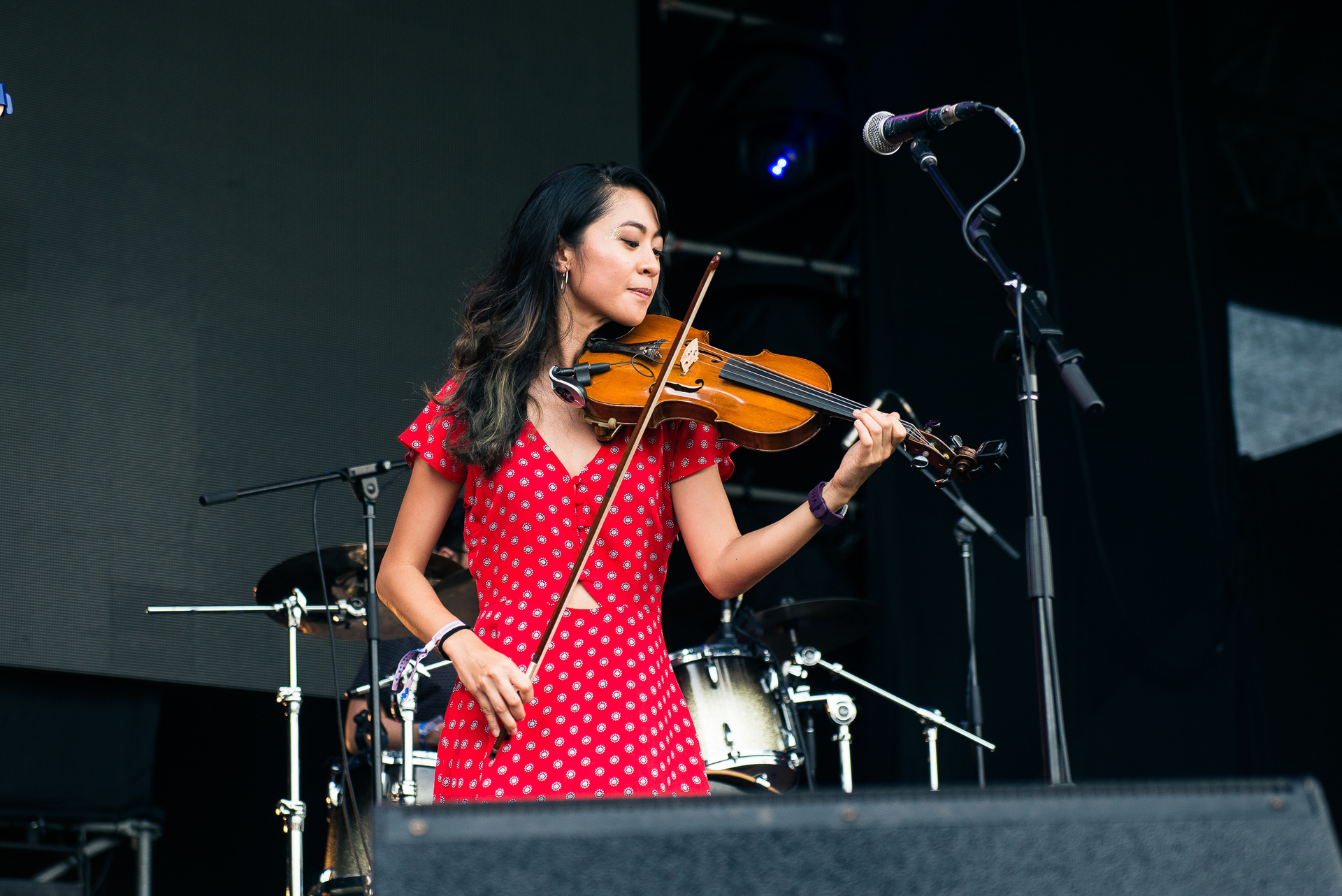 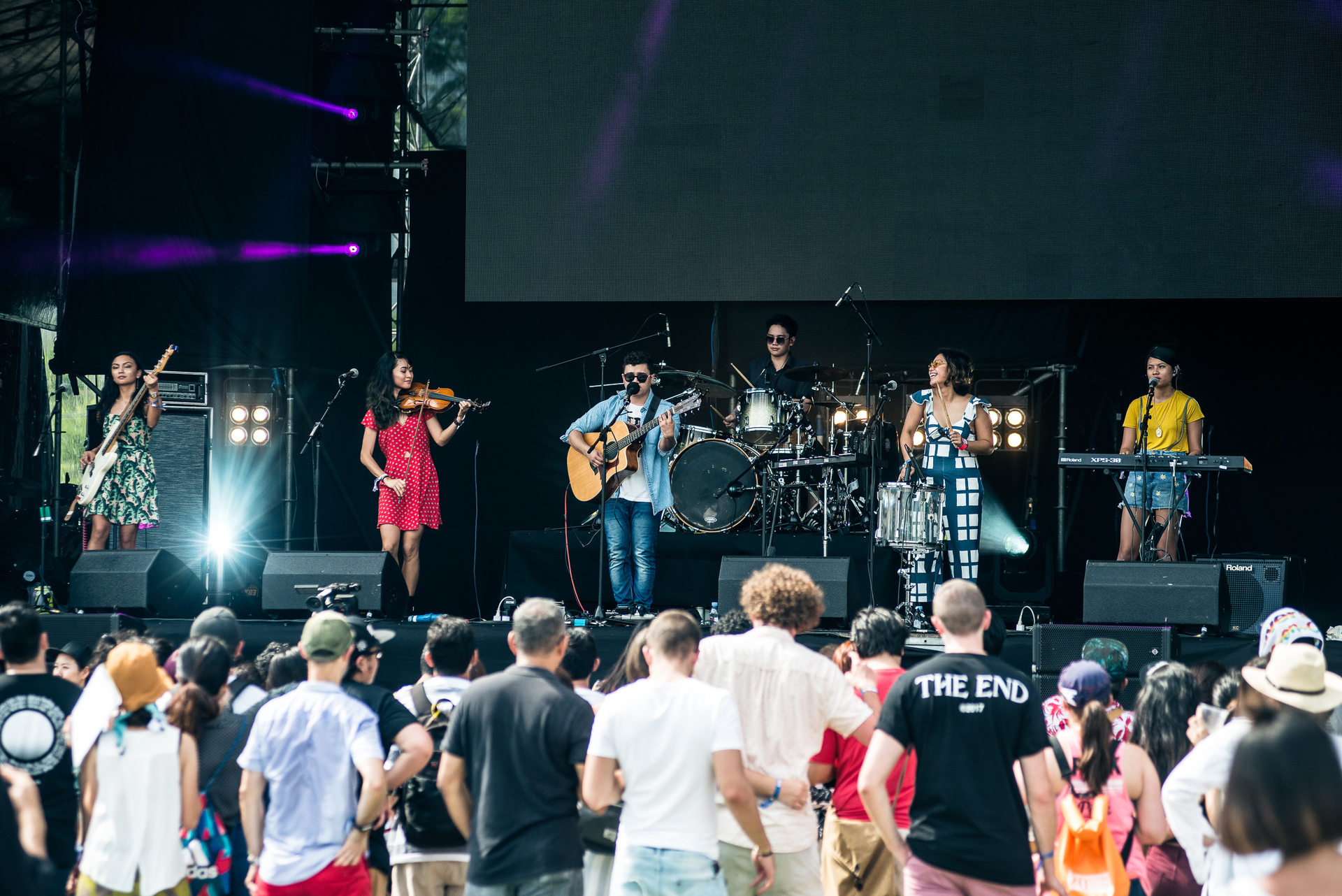 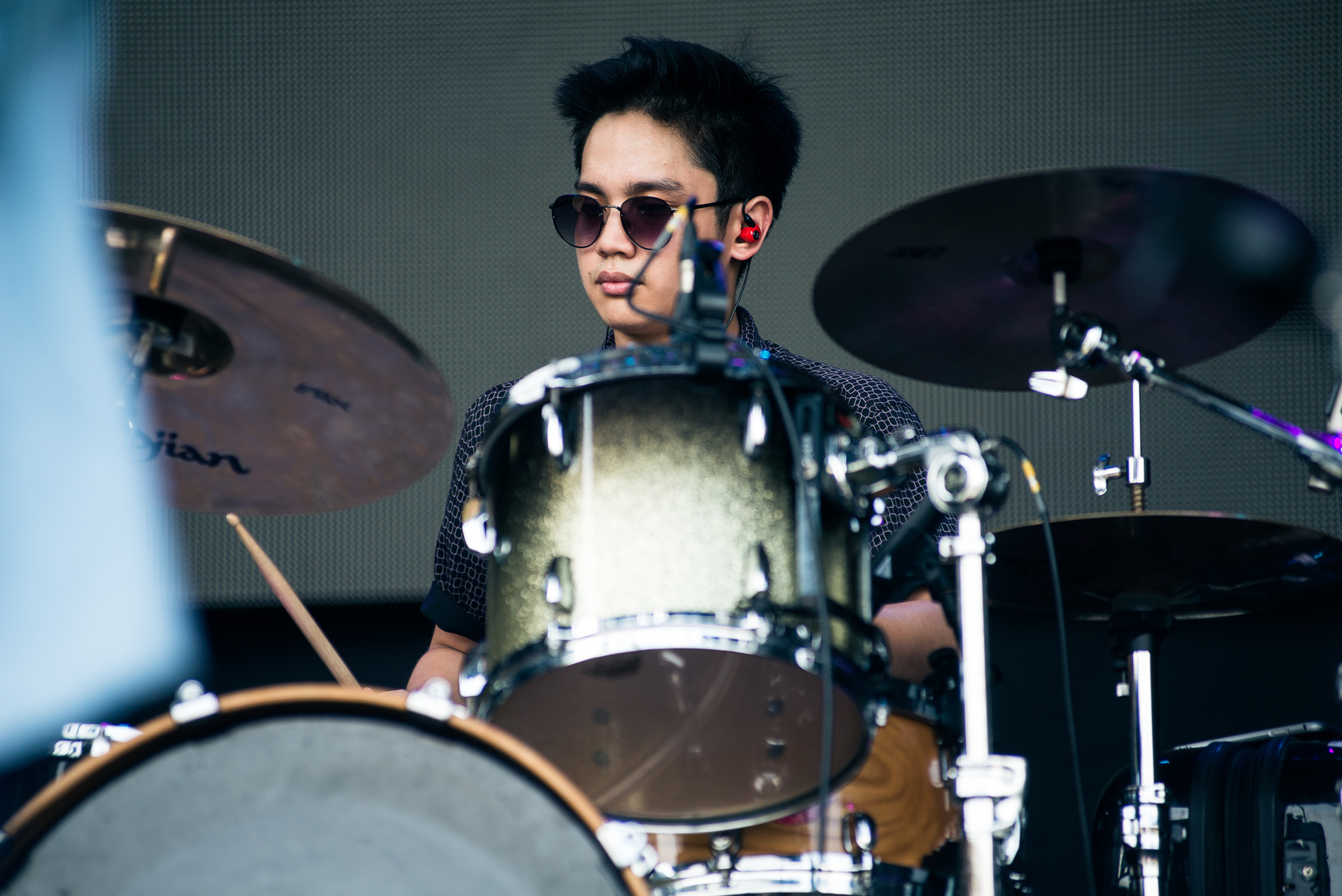 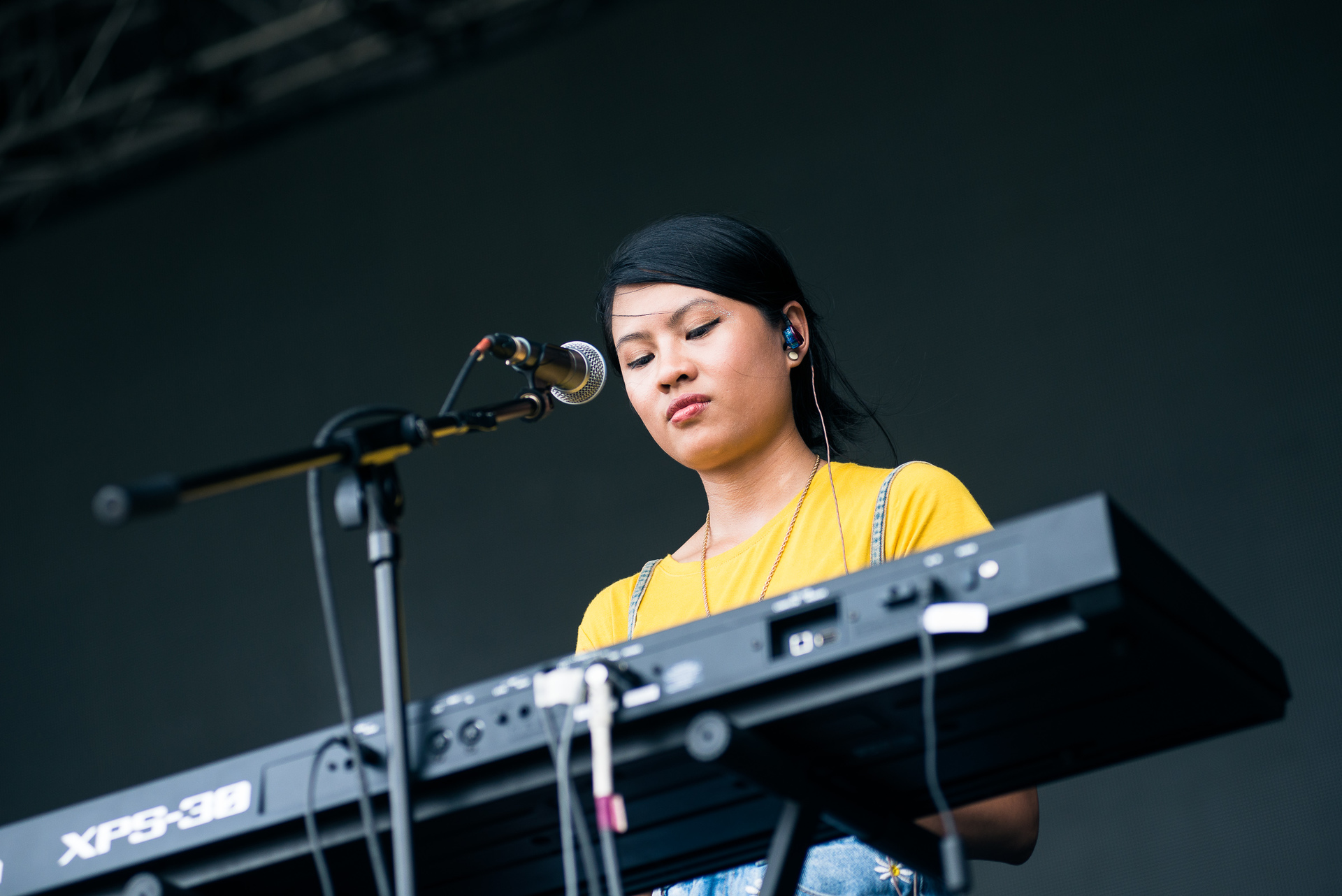 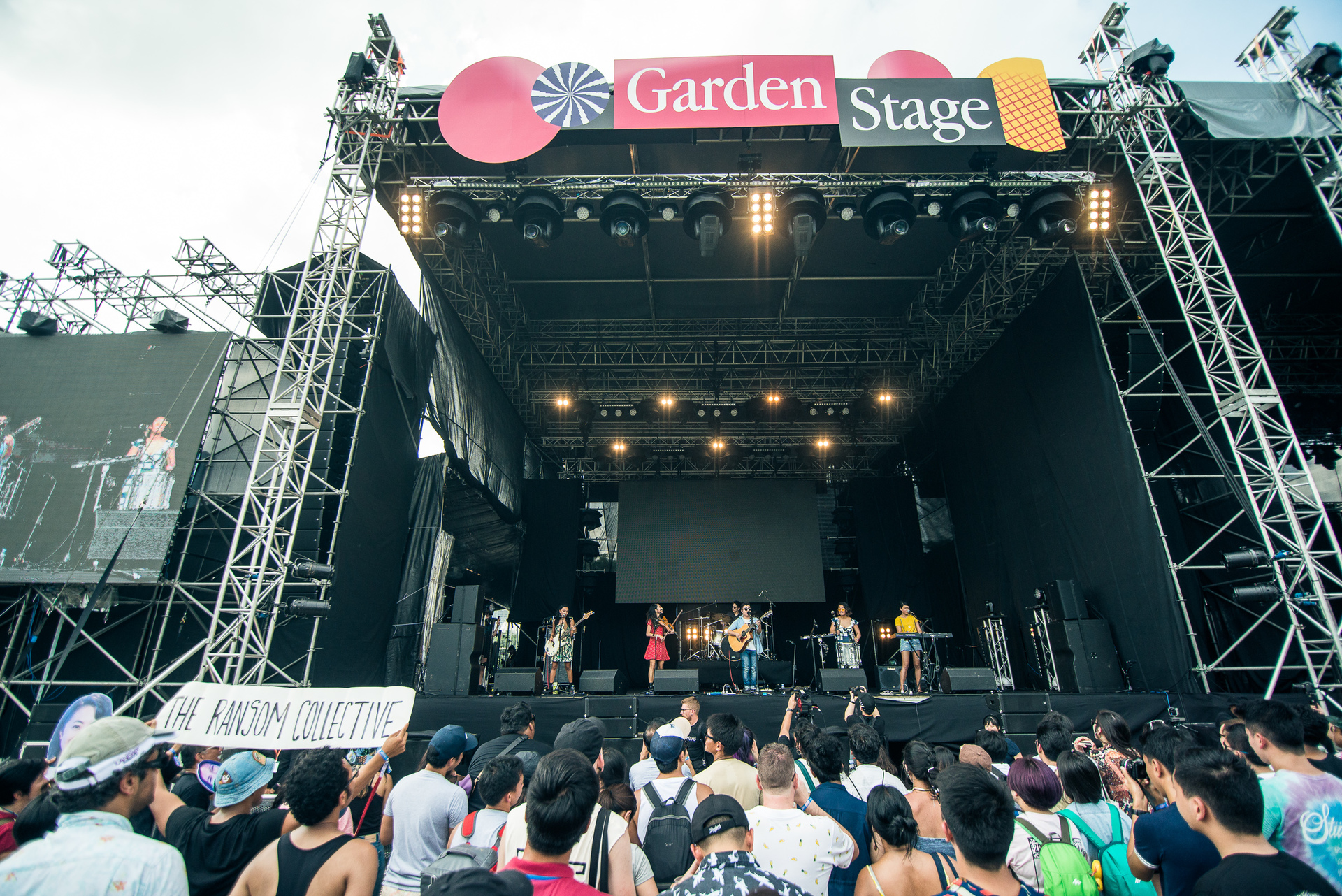 The Ransom Collective are set to return to India this month to perform at the Udaipur World Music Festival. Last year, the band represented the Philippines during the ASEAN - India Music Festival.

The band are also preparing for the vinyl release of their debut album Traces on March 17 at Satchmi Cafe, UP Town Center. Pre-order the album here.