In case you haven't already noticed, China has been quietly taking over the electronic music underground for some time now. Every day, the complex country and it's expansive population seem to churn out an incredible new artist or beatmaker with a wholly fresh take on the game. From familiar names like ChaCha (who's played in Singapore numerous times) to trailblazing exports such as Howie Lee (read our profile on him, and listen to his Bandwagon Mix), their talent pool appears to be endless, and filled with undiscovered gems.

And if we narrow our microscope just to the city of Shanghai and its 14 million inhabitants, you'll find plenty to get excited about within their ripening experimental bass music scene. At the forefront of that movement is a highly respected music, clothing and art label called SVBKVLT. Founded by Gaz Williams aka Howell (who also runs a kickass club within a bomb bunker called Shelter), the cutting-edge imprint has swiftly become more than just a local phenomenon thanks to their progressive roster of artists and their stellar releases. 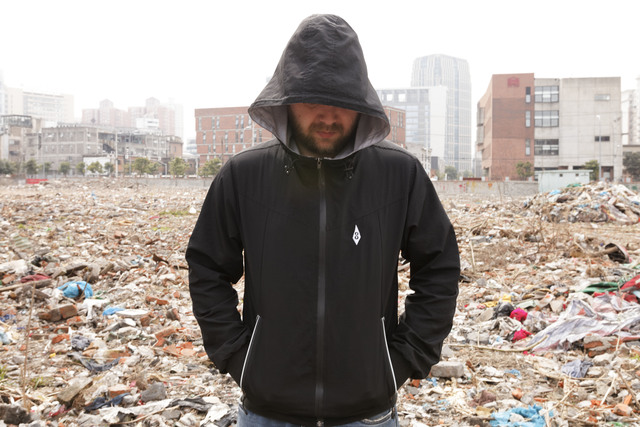 Although initially focused on cassette-exclusive beat tapes, SVBKVLT has since expanded to digital distribution, a move that's significantly increased their artists' footprint on international platforms like VICE, Rinse FM and NTS. In fact, just a couple of weeks ago, their shiniest new prospect Kai Luen aka Soulspeak was even invited to feature on Boiler Room's virgin foray into China.

With momentum and attention swiftly starting to build, we caught up with head honcho Gaz for lengthy discussion around SVBKVLT's origins, evolution, plans, and their relationship with Singaporean label Darker Than Wax.

Hi Gaz! Take us back to the beginning, how did the label first begin?

Before SVBKVLT I was running a label called PAUSE:MUSIC with Michael from Dada Bar. He left to Beijing to open a Dada up there, and so we decided to call it a day with PAUSE. I still wanted to run a label as over the years I have met some great producers in China and around Asia and definitely felt like the music needed to be out there.

At the time I was working with a screenprinters in Shanghai called Idle Beats, we would produce limited runs of screenprinted posters for the shows I was putting on. Gregor, one of the owners of Idle Beats, designed a poster for me and made this strange design with the letters ‘SVBKVLT’ (the event was called Sub-Culture). This quickly became my logo and name for the label.

In the early days, what were your goals and aspirations with SVBKVLT?

Basically I just wanted to showcase some of the great music that I was being sent from artists in China and the surrounding countries. There are a lot of talented producers here but very little opportunity for their music to be heard outside of a certain circle, so my aim was to push the music further

In the years since, how has the imprint grown or evolved?

SVBKVLT started out as a cassette label. I am a collector and like physical media so I didn’t want to only release on digital. Vinyl was too expensive and risky, especially having to send it over to China, and CDs are a bit shitty, so cassettes felt like a good place to start. I realized that cassettes were a bit too niche and so started to look for other ideas. I put out a 10” vinyl a couple of years ago which was a real learning experience and also like realizing a dream because I'm a big vinyl collector.

But financially it was really tough. It cost loads to get the copies sent over here, and also its hard to import into China and so I sent to Tokyo and went to pick them up. I would love to have continued putting out vinyl but it just didn’t make sense to me financially, so what I now do is pair digital releases up with physical items. I put out a compilation called Downpour that came with a SVBKVLT umbrella, Swimful’s PM2.5 album came with a face mask, Kai Luen’s Hollow Ghost has a limited edition art card. 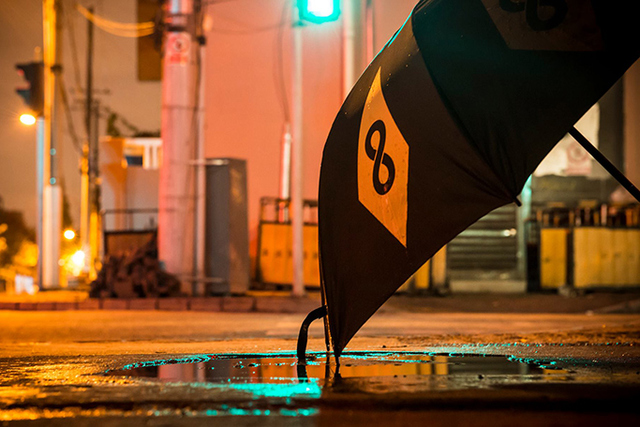 How does SVBKVLT fit into the Shanghai or Chinese music scene in general? What role do you see the label playing?

I don’t like to really comment on what my role is in the scene here, I think that is up to others to say, but hopefully I am releasing music that some other labels wouldn’t go for as it doesn’t have an obvious commercial appeal. I think the music SVBKVLT releases, although different genres, has a certain aesthetic and approach, but one that I can't really describe. Also I hope to bridge a gap between China-Asian producers and producers in other countries around the world by setting up remixes and connecting the artists which I have met and brought to China over the years.

What is your philosophy when it comes to signing artists? What are the qualities you look out for?

This is a question I also ask myself. (Laughs) Like I said, I think there is some kind of cohesive aesthetic to the music I release, but I find it hard to pin down and put into words. All the artists on my label are friends, I really enjoy the process of working on a release with the artist, and so it is important to me to have a connection with the artist before planning a release, not just simply asking for a release from an artist that I like but don’t know. I guess this isn’t true of all the releases, I have a release coming from Prettybwoy from Tokyo and I am yet to meet him in person, but by chatting with him online I can feel a connection already. Really, I just release music that excites or interests me.

What are SVBKVLT’s plans for the rest of 2016? Any forthcoming releases that we should look out for?

The next release, which actually comes out just after this show in Singapore, is a remix version of Swimful’s PM2.5, with versions form Red-I, Howie Lee, Damacha, Desto, Air Max 97, SIMPIG, Naaah, Kai Luen, Laura Ingalls and a few more. After that is an EP from Tokyo’s Prettybwoy in June, July is an EP from Downstate, August is an EP from Osheyack with remixes from TzuSing and Julz Da Deejay from Durban. Then after that we have a Swimful EP, a Nahash album, a Kai Luen EP and a couple of other things. I think ill round off the year with a compilation too.

The label will be doing a showcase gig in Singapore alongside Darker Than Wax. What is your relationship with DTW like?

I have always admired DTW very much, I am really in awe of their drive and professionalism, I don’t know any label that works so hard. I met DTW actually through a mutual signing and a mutual friend. When I was starting the label and releasing beat tapes I released a cassette from Hong Kong’s Floyd Cheung, an artist that DTW had also released. A friend of mine in Shanghai was close friends with William J and told me he was coming to China.

I thought this would be a good opportunity to do a ‘SVBKVLT meets DTW’ event, and so hit up Dean Chew to see what he thought. He was down and also wanted to come over too, so this was our first point of meeting. Since then we have been in regular contact and support each other, and a couple of weeks ago I brought Dean, William J and also Troy Samuela over to Shanghai for another SVBKVLT/DTW show, and this time they also traveled up to Beijing to meet with the Do Hits crew up there. 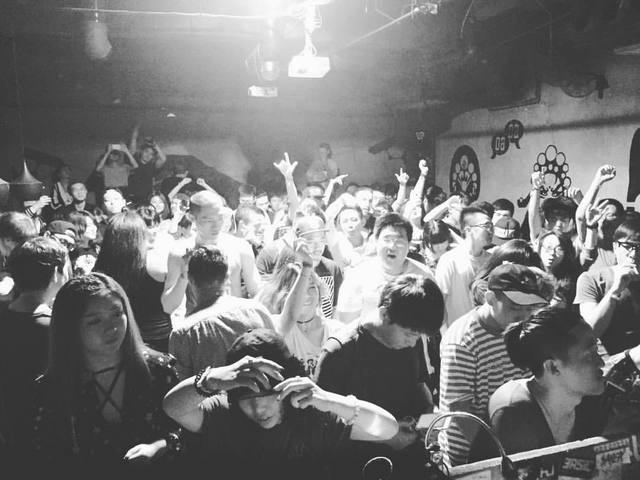 Although there are differences in the music we release, I feel that SVBKVLT and DTW have a similar passion and drive to build something in Asia and to be a platform for artists here to present their art to the world. I can feel that we will have a long lasting relationship and that the mutual support we give each other can help us reach higher levels.

What can Singaporean fans look forward to at the show?

Im coming to SG with Swimful, a super talented producer from UK who is based in Shanghai, so you should be looking forward to that! (Laughs) I have got a whole load of upcoming releases to play, some for the first time ever.

This was the first release on the label, an EP by Faded Ghost, the production/DJ moniker of chinese vocalist ChaCha. Its mainly a beatless affair, atmospheric synths and field recordings. This somehow set the tone of the label from day one.

I guess if you want to get an overall feel for the artists on the label then this is a good start. A 12 track compilation of everything from ambient to grime to footwork.

This was the 10” vinyl I put out, the track 'Dagger' by SLV (Downstate and Hamacide), backed with a remix by Finland’s Desto. This was a big turning point in the label for a few reasons. It was the first (and to date only) vinyl release, the first release after I signed with UK’s Cargo for distribution, the first release that I involved an international artist for a remix, but most of all its just a killer release. Wavy footwork vibes.

Swimful’s PM2.5 album kicked off 2016 for the label in a serious way. It got plays all over the place, from Rinse FM and NTS in the UK to Block FM in Tokyo. It hit number 1 on the Juno bass music charts, landed Swimful with guest spots on the Boxed Rinse FM show and Block FM in Tokyo, and to date has been the biggest selling release. The best possible start to what will hopefully be a great year for the label.

This is the latest release on the label, and a release I nearly died for (literally). It is such an accomplished piece or work in my eyes, an album with a clear theme and cohesive sound. I am very proud of releasing this album. Kai Luen just performed live on the first ever Boiler Room China last week.