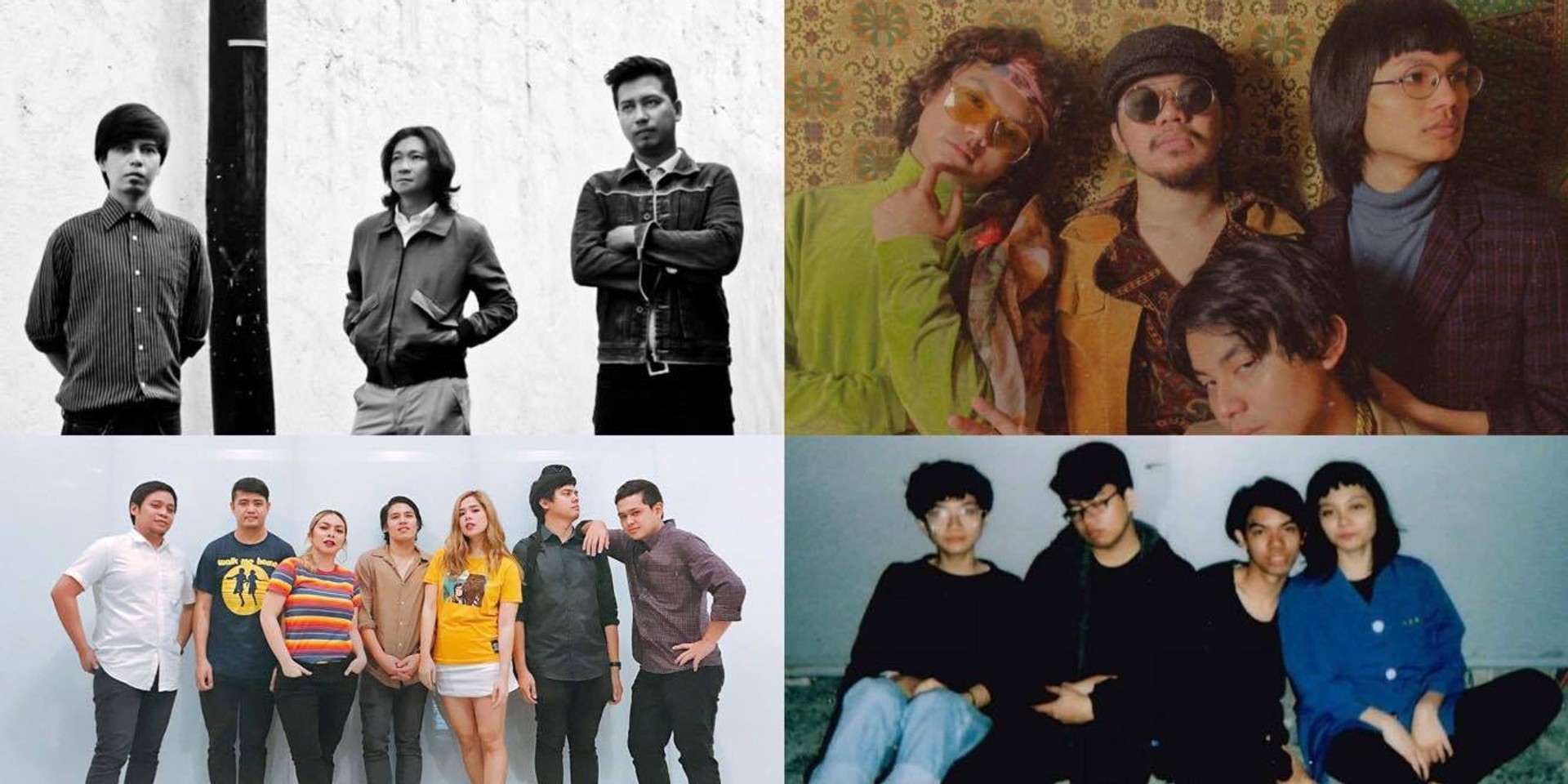 The Rest is Noise have added Ciudad, Flying Ipis, and Shirebound and Busking to the year end line-up. The organizers have recently dropped Jensen and the Flips due to allegations of sexual misconduct, and Ang Bandang Shirley who were scheduled to play at the event are no longer performing in the festival. The band has issued a statement in response to the claims against some its members earlier this evening (11/24).

Electropop trio Tandems '91 recently announced their disbandment and was supposed to play their final gig on Saturday. However, the band decided not to have a farewell performance, because they "feel that it would be inappropriate for the victims." We spoke to vocalist Aaron Cruz and he shared that the band had a meeting to discuss the issues surrounding the music scene and revealed that there were a lot of factors they had to consider before reaching their final decision to pull out of the event. "It was supposed to be our last gig and in the end, we just felt that it does not feel right. I mean, nakakalungkot lang din kasi yung mga pangyayari...dude, may mga victims! It's hard to play with that [thought] in mind," Cruz adds.

Read the band's full statement below:

After much consideration, we decided to pull-out from the Rest is Noise gig.

Check out the new line-up below: 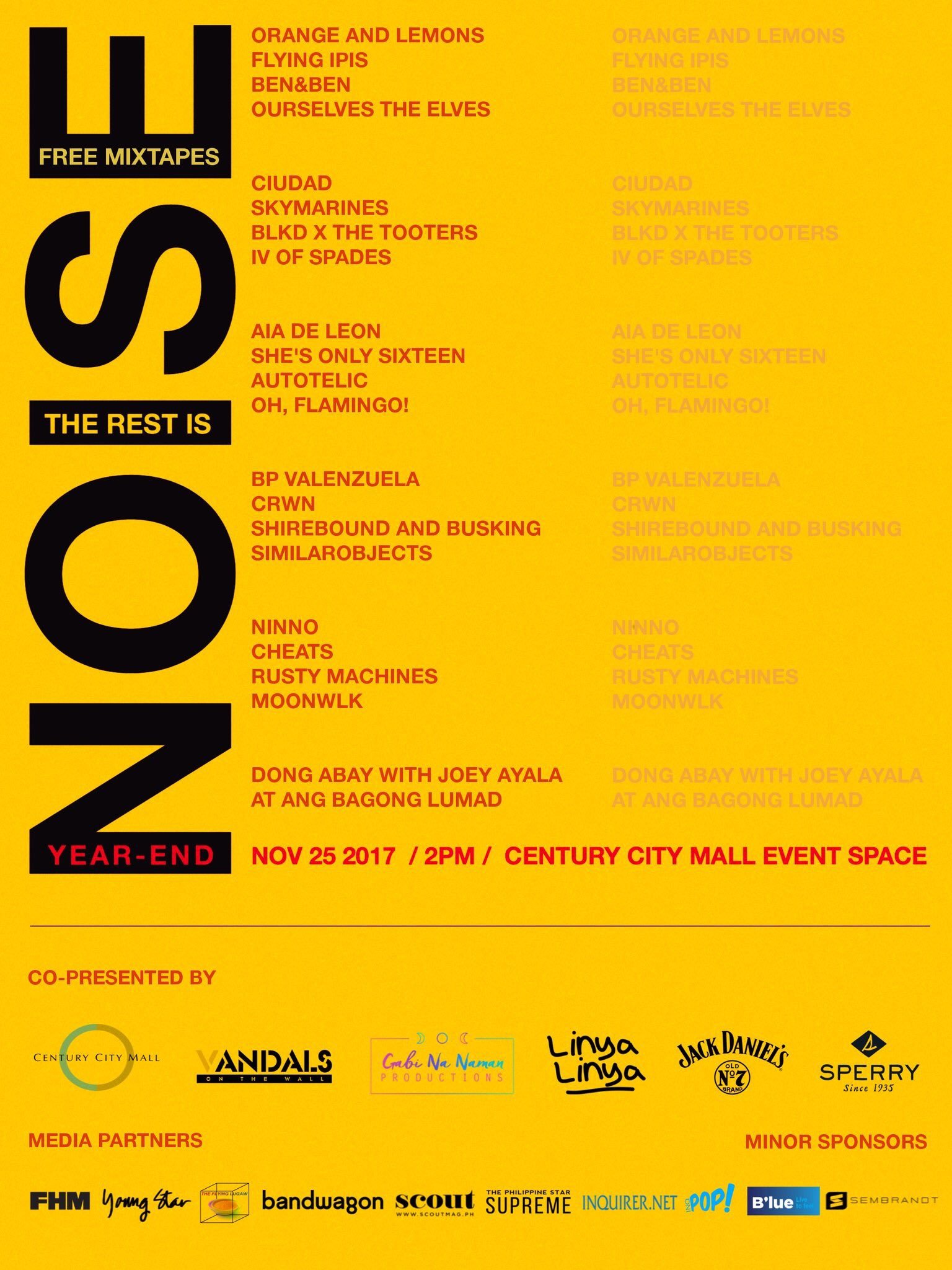 The new set times below now reflects the changes in the line-up: 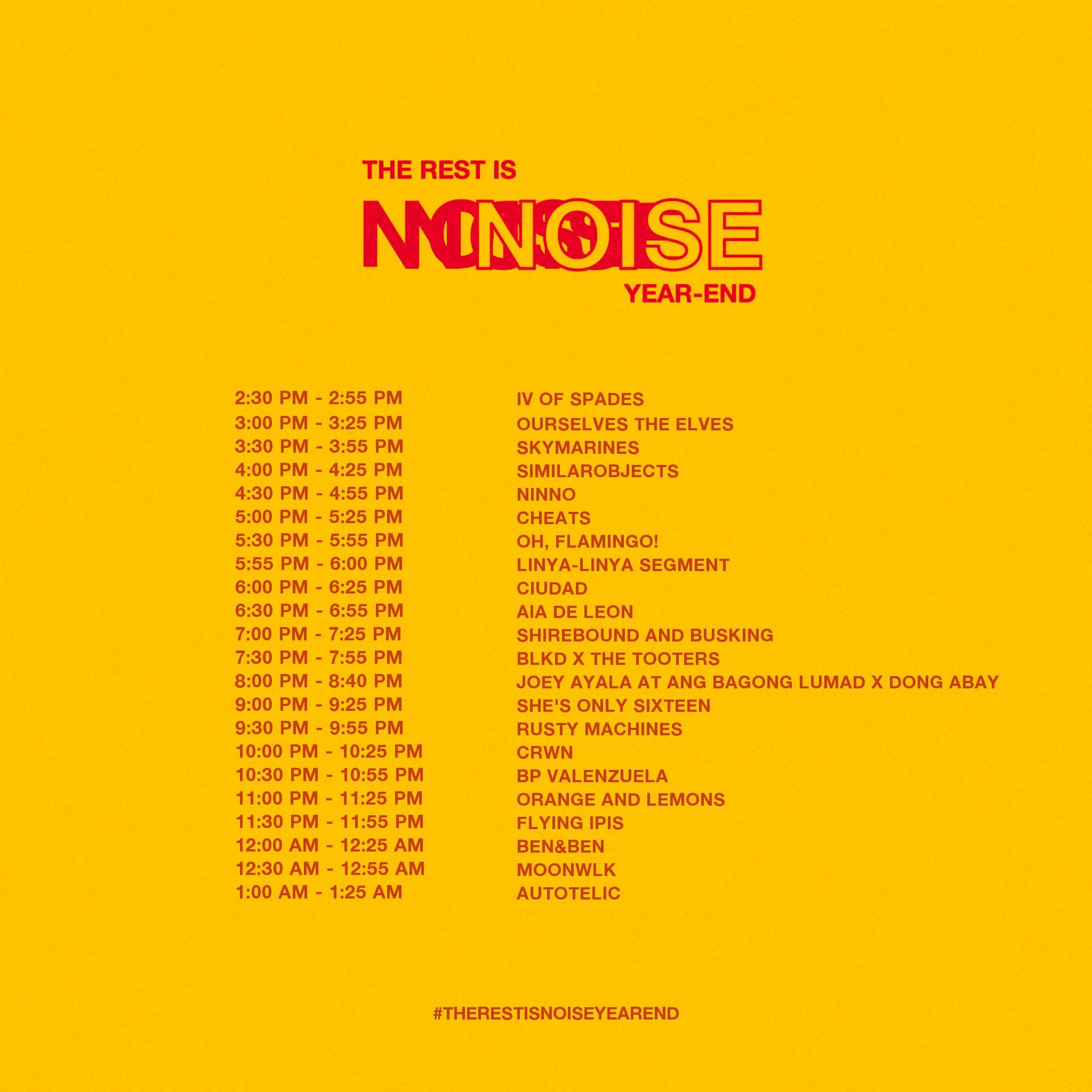 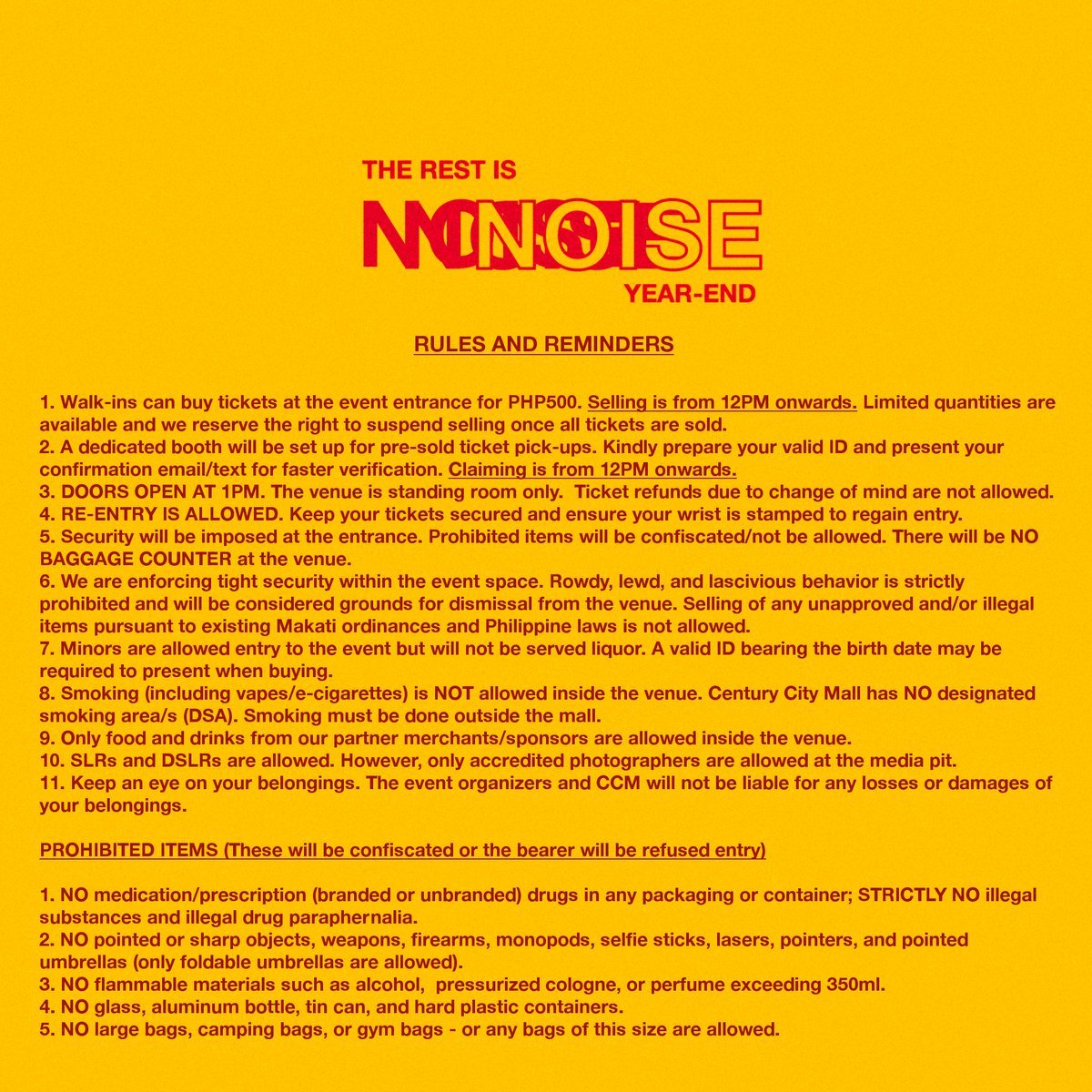 Early birds will be rewarded with freebies and all ticket-holders get a chance to win prizes from the event sponsors: 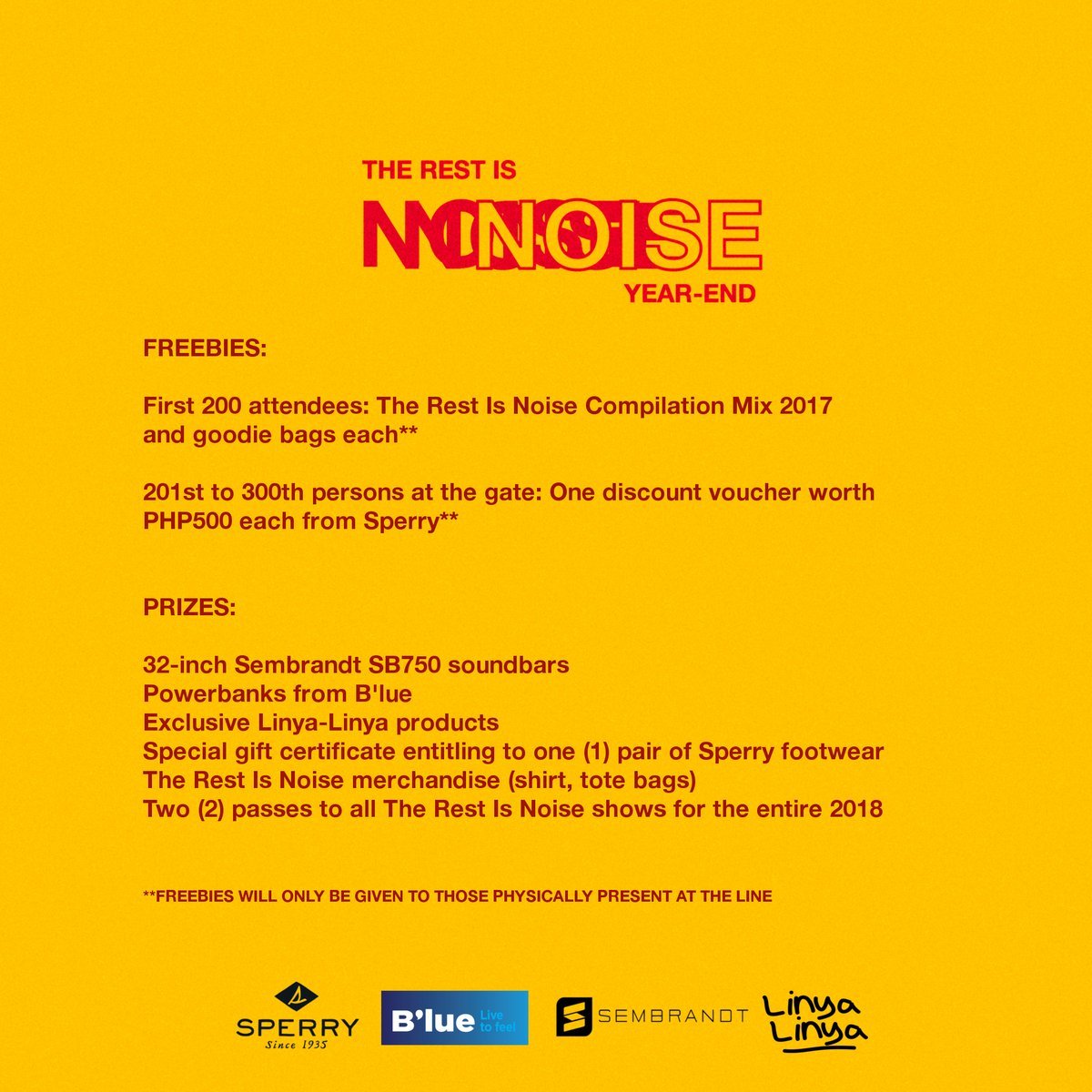 The Rest Is Noise Year End Gig is happening on Saturday, November 25. Limited tickets will on sale at the door for 500 PHP.