It was the full back-to-school treatment most of us got at Bishan Park Secondary School, the mandatory things such as the usual teacher-ly admonitions during assembly on assorted things like proper attire to whispering and talking when the teacher is talking - yep nostalgia hit us like the heatwave that was already building up outside the school hall.

The words “Reach And Excel” thundered above the chatter of the students settling down. Even with a teacher warning repeatedly: “I will stand here and wait until you stop talking and I will keep on waiting”, the students of Bishan Park Secondary remained ebullient and jaunty, readying their phones for the showcase that they were anticipating.

On to their second school, the *SCAPE Invasion Tour will be showcasing a fresh lineup to the chosen school, and the media guests this time around. While we enjoyed the musical stylings of The Sam Willows and Stopgap the last time at Ang Mo Kio Secondary School, it will be a whole new lineup this time - which the students eagerly lapped up. To rile up the crowd, 987FM DJ, Joakim Gomez was doing a great job talking to individual students who are mega music fans and giving out exclusive goodie bags to the audience. 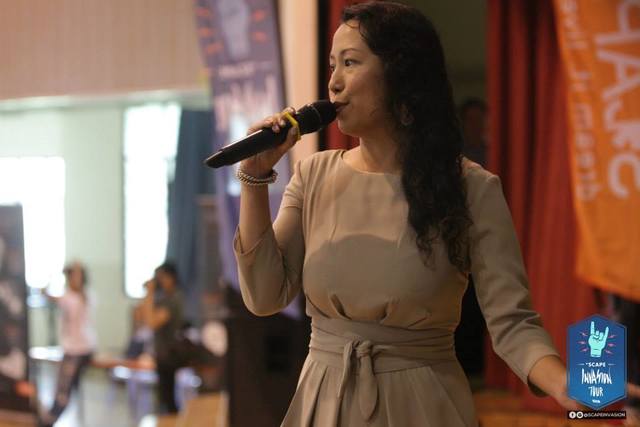 As part of the showcase for every assembly session, a distinguished guest from the music industry would be invited for a short talk on the industry itself. We had Vanessa Fernandez, the Assistant Programme Director at 987FM and an accomplished artist herself giving few words on her journey so far. 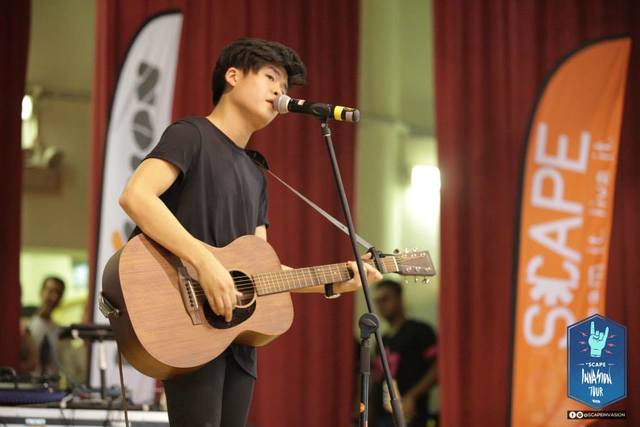 With his shy and gentle demeanour, it was hard to comprehend how Joel Tan aka Gentle Bones could garner such raucous fans. Along with Josh Wei on violin, he played a heartfelt and soulful set, kicking it off with the melancholic tune ‘Elusive’. Somewhere in the middle of the set, an obtrusive “I LOVE YOU” rang out in the audience but zen-like and composed, Joel played on, leaving the crowd wanting more after three songs. 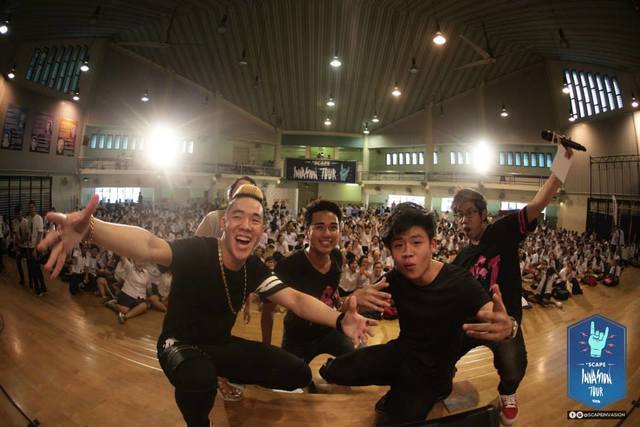 A perfect foil to Gentle Bones’ cool and collected set, ShiGGa came onstage to a  rousing band and of course, the sound of fans screaming (mostly girls). Hitting it hard from the get-go he put on an electrifying performance with songs like ‘Limpeh’ and ‘Lion City Kia’. Vanessa Fernandez and Inch Chua were invited onstage as well to perform surprise duets with the charismatic rapper. Inch Chua’s saccharine vocals especially rang clear in the school hall, in his recent YouTube hit ‘Shigga in the Morning’. The ‘Limpeh’ hustler has also upped his live game by utilizing a live band — notably with Adam Shah on drums, who was present to give The Sam Willows a helping hand for their show at the first *SCAPE Invasion.

Check out the full gallery here!