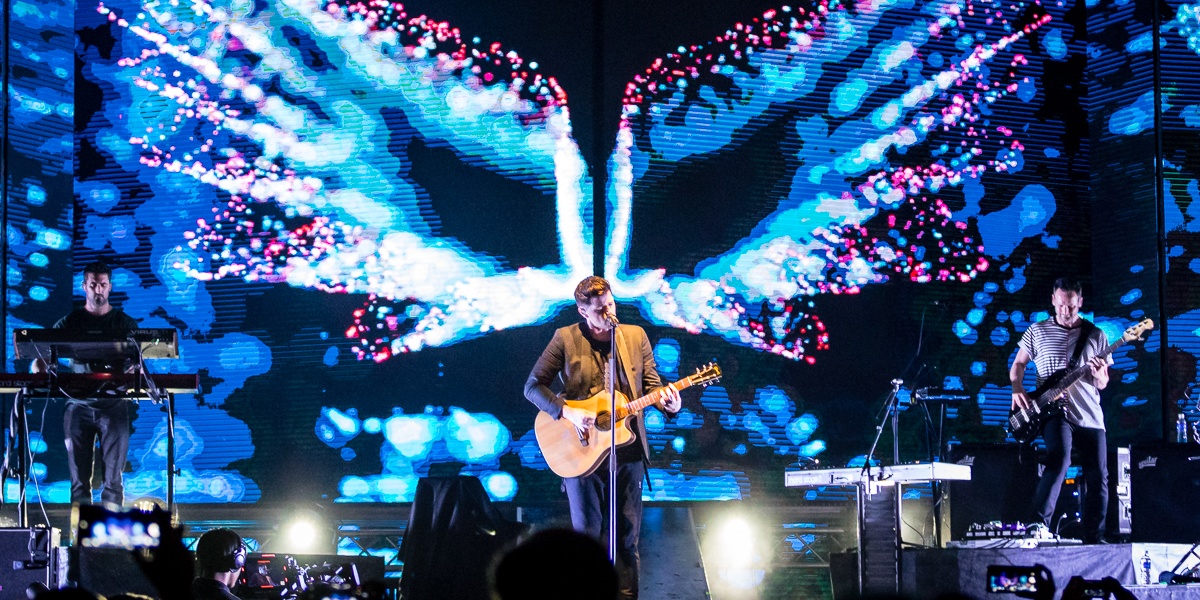 Cavernous spaces don’t offer the best acoustics or the most intimate concert experience, but The Script defied all stadium-show expectations last week. It’s true that the band pulled out all the bells and whistles that came with arena shows (we’re talking confetti showers and EDM-festival worthy light shows) but somehow, they still retained their everyman appeal. This would ultimately be the band’s salvation.

The show kicked off with a montage of people discussing what freedom meant to them, leading up to the effusive 'Superheroes'. The whole concert then basically adopted this flow – a buildup of emotional feel good vibes providing a bedrock for the band to play their fulsome numbers. 'Arms Open' was a paean to dissipating hate, 'Never Seen Anything 'Quite Like You'' was an anthem for appreciating romance and 'If You Ever Come Back' was a rueful piece lamenting lost love. 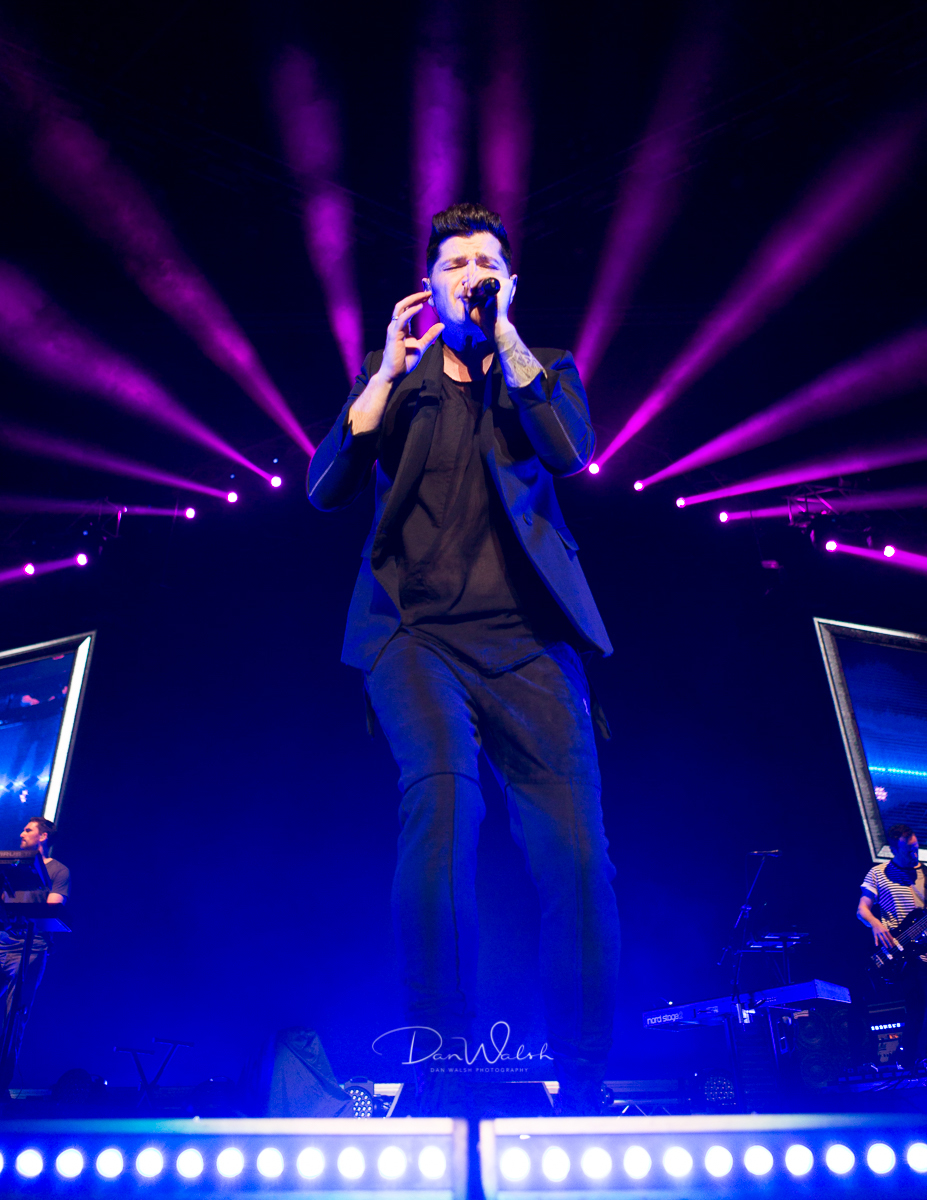 The Irish pop-rockers also showed diversity in their musicality by peppering in a few crowd-enthralling musical bangers. Strong riffs courtesy of guitarist Mark Sheehan and pounding, anthemic beats from drummer Glen Power paved the way for frontman Danny O’Donoghue’s soft, crooning voice. 'No Man Is an Island', a loud, spirited number that shone with stark blue and red lights depicted the band’s new musical direction towards a groovier rock sound while crowd favorites like 'Breakeven' and 'Hall of Fame' led the band into a familiar and enthralled shout-along.

Despite the hyper sensitive lyrical drippiness that The Script (and almost every other non-ironic pop band) is wont to be guilty of, the show was undeniably a hit with everyone in the crowd. It helped that the band was high on crowd interaction, bravely plunging themselves into the throngs for the more acoustic numbers, therefore subduing and surpassing the expected detachment that often comes with huge stadium shows. 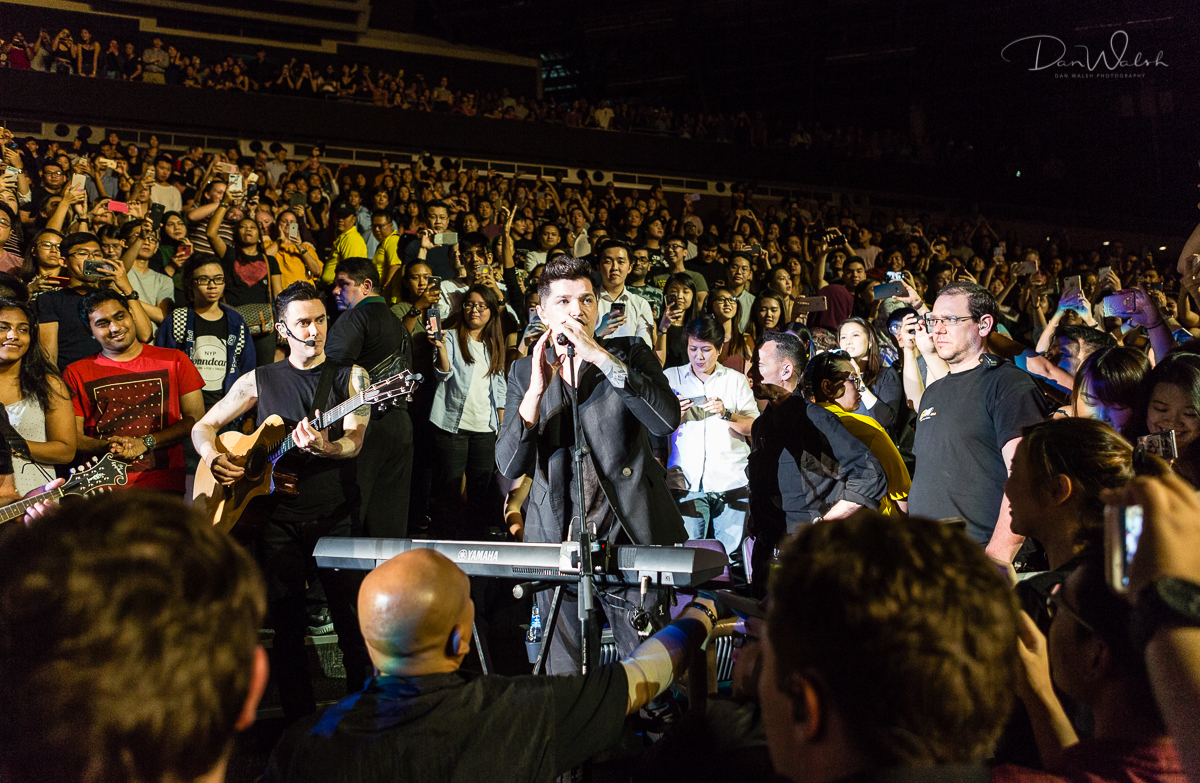 Musicality aside, the band proved how touring and being in the biz for over a decade years hasn’t dulled their shine or dimmed their enthusiasm one bit. Danny was a riveting performer, conducting the crowd like his choir, who whipped out their flashlights into a massive mobile phone constellation and joined hands with their partners in a dance upon his command. One would also be hard-pressed to see Mark Sheehan without a good headbang complete with the necessary grimace as he delivered his power plucks.

The show may have been underwhelming for anyone expecting a new edgier musical direction from the band, but surely no long-standing fan would be naïve enough to. The Script remains legends in the industry with more than a decade’s experience under their belt, proving that this is one band that can’t be moved from pride of place in their fans' hearts. 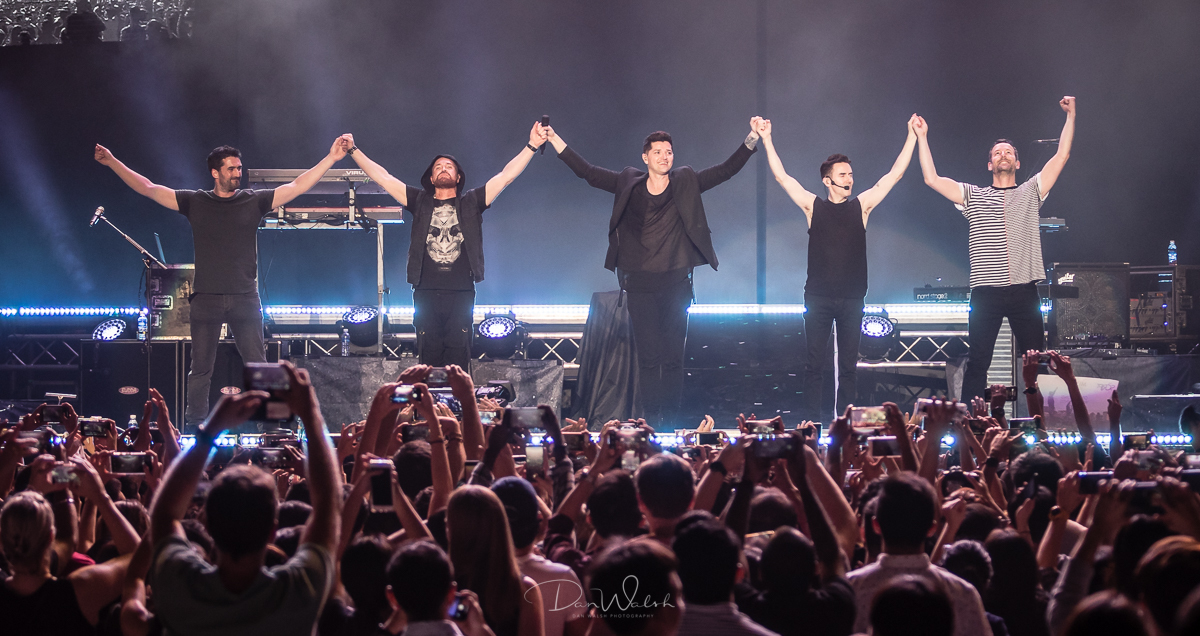 Special thanks to Midas Promotions for the invite.