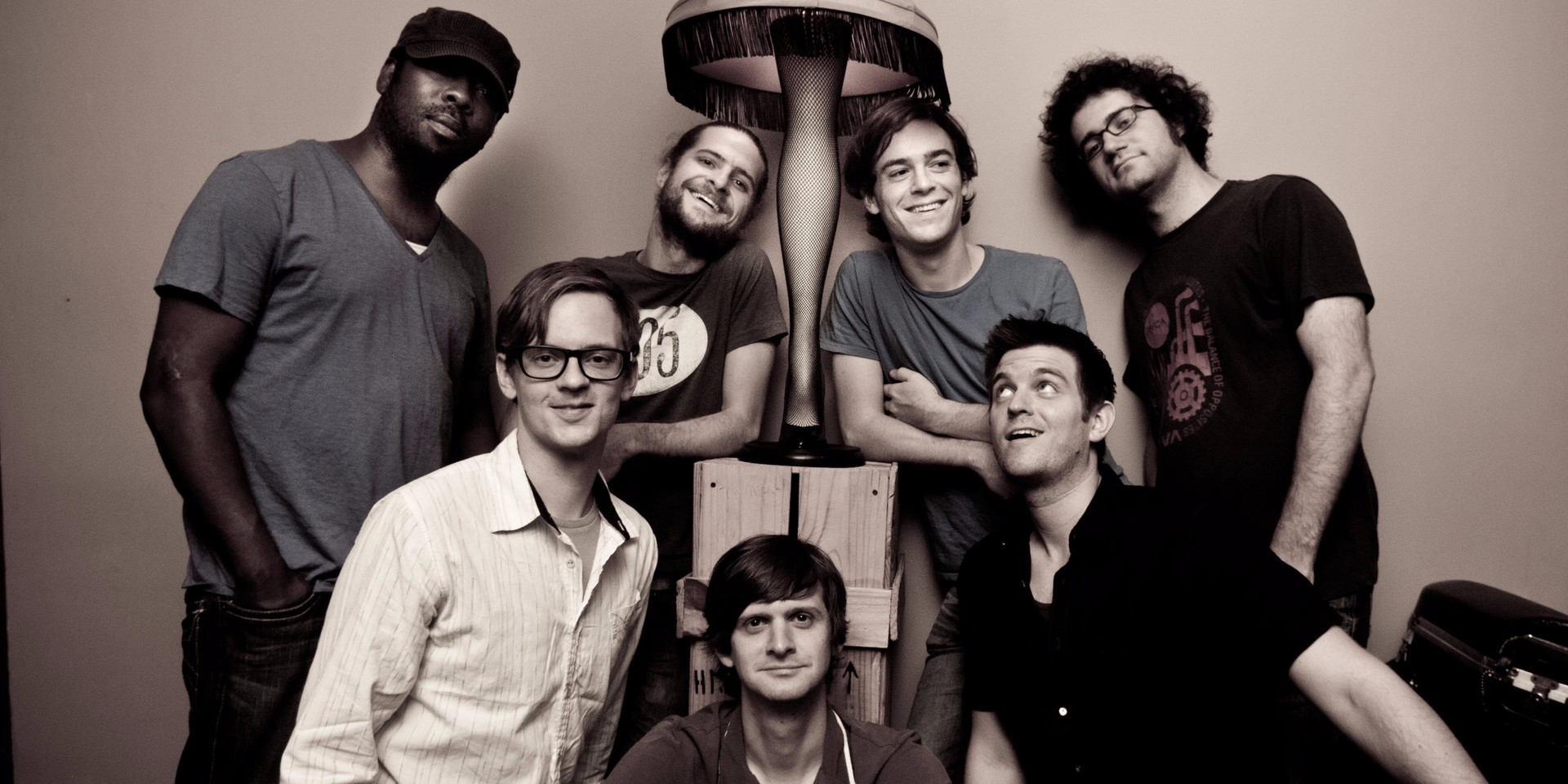 Brooklyn jazz ensemble Snarky Puppy aren't exactly strangers to Singapore, having already played two very well-received gigs here in 2014 (read our review for that show) and in 2015 as part of the Singapore International Jazz Festival. And for third time in three straight years, the audaciously creative fusion outfit is set to play the Lion City, in what promises to be their best Singaporean showcase yet.

While their first two first concerts here proved to be unforgettable displays of technical virtuosity and soaring energy, the band certainly won't be falling back on old favourites (although a couple wouldn't hurt) for this go around, with a by-now familiar audience. And that's because in between their previous appearance here, they've released not one, not two - but three new releases! As you can surmise, they have plenty new ground to cover.

May 2015's outstanding Sylva album, done in collaboration with the Metropole Orkest from the Netherlands, was quickly followed up a few months later with their highly-anticipated and incredibly exciting Family Dinner - Volume 2 live studio LP. As if that wasn't enough, the band has most recently also put out (arguably) their finest hour yet, in the sprawling diverse and compellingly maximalist Culcha Vulcha - the 11th album of their young careers.

Brimming with their usual, irrepressible brand of artful jazz fusion and Motown groove, their newest work also deftly juggles strains of world music influences as far-flung as Highlife and Bollywood. Even by Snarky Puppy standards, this album is exceedingly high-concept in its planning and exceptionally polished in its difficult execution. Funky, high-flying and musically restless, there's enough invention here to wow even long-time Snarky fans.

Next week's showcase, promoted by SingJazz, will likely present the best and most assured version of Snarky Puppy we've ever seen. Their continuous evolution is tied to their ethos as a true musician's band, which also explains why plenty of prominent Singaporean musicians have walked away from previous shows impressed and inspired. 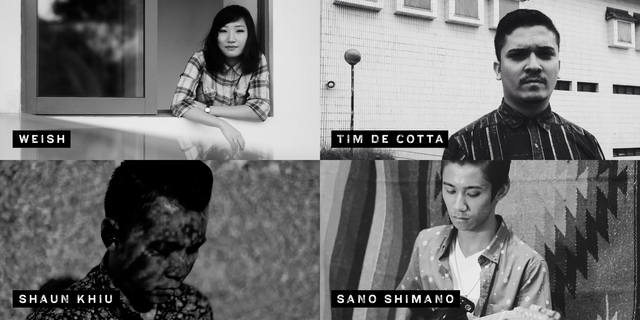 Ahead of their Esplanade return, we talk to weish (of sub:shaman and .gif), Tim De Cotta (of TAJ), Sano Shimano (of The Good Life Project) and Shaun Khiu (of MONSTER CAT) to discuss the uninhibited joy of the Snarky Puppy live experience.

What drew you to Snarky Puppy’s music in the first place?

Tim De Cotta: Euntaek Kim (from Charlie Lim & The Mothership). (Laughs) He posted 'Thing of Gold' a long time ago and I watched it on YouTube and my jaw dropped.

Sano Shimano:  I was late to party, to be honest. When Snarky Puppy released Ground Up and a friend of mine shared it to me, I kind of chucked it aside for a bit. However I remember coming across a track called ‘Thing Of Gold’ and was just fascinated by the title. I played it in my car stereo on my way home from a midnight rehearsal and the rest was history.

Weish: I can’t remember who introduced them to me, but I do remember binge watching the Family Dinner sessions. The intimacy, the chemistry, every sound and movement so keenly felt… I couldn’t stop clicking next, next, next, next.

Shaun Khiu: The obvious answer would be the insane musicianship! But more than that, it’s this genuine joy and camaraderie between the members that still never fails to amaze me every time I watch or listen to them.

Do you have a favourite song?

TDC: I like the stuff from Tell Your Friends the most. I think one of my favourite songs would be 'Slow Demon'. But we all got into 'Thing of Gold' from the Ground Up album at the same time and can all sing Sean Martin’s solo by memory.

SS: Definitely. Many would agree that to pick out a favourite Snarky Puppy tune out of a hat would be borderline madness. However, when I heard ‘The Clearing’ from their collaborative record with the Metropole Orkest entitled Sylva, it shook me in a way that I’ve never experienced in 10 years of being in music.

W: Toughest question. Maybe… 'Shofukan'? Hella killer opener to We Like It Here.

SK: I prefer to listen to albums in their entirety, and you know how you never really get over the first album you heard from a band you think are really awesome, even if they’ve released tons more good stuff both before and after? That’s me and the 2014’s We Like It Here.

TDC: Exhilarating. A lot of people say how do you connect to music that has no lyrics? I would say if you watched Snarky Puppy, you would think lyrics are overrated. The music speaks for itself.

SS: I’ve been fortunate to witness the Snarky Puppy experience twice within the last 3 years. In a nutshell, I’d say it’s like having a Grade-A dining experience. Imagine having Grade-A sushi, with the freshest catch prepared by the most experienced chefs served with the most delicate touch. It’s music at it most basic purpose – to move you.

Every aspect of the group is presented in the most elegant fashion, every sound of each instrument plays an ever changing character in achieving the overall sound and above all, every other tune draws you in and moves you mentally, physically and dare I say, spiritually. Each time round, in a different way.

W: Really surreal. There was so much energy in the room I thought I would burst. Sometimes so much excitement swelled up in my chest I had to laugh to expend it. Entirely involuntarily. On one hand you feel the impulse to constantly analyse the sheer technicality, the jaw-dropping virtuosity of every musician; on the other it’s overwhelming enough on a purely visceral level.

SK: Start to finish with this ridiculous grin on my face.

What was the biggest highlight(s) of their performance to you?

TDC: I would say the whole performance! From start to finish. But what always got me is how relaxed they are and how much THEY enjoy playing with each other, whether or not we are there. They’re so honest that way. And not to mention, some of the best musicians I’ve ever seen on a stage.

SS: The biggest highlights to me were ironically the fact that they were none. The whole spectacle was such an astounding showcase of effortlessness, that you can’t help but to appreciate the entire show as a whole instead of fixate on things that happen in between. There weren’t any gimmicks, fancy costumes or any of the sort. It was just a bunch of guys with so much spirit and belief in what they do, sharing it with you in the best way that they could, in the most honest way that they can.

W: They’re like the perfect embodiment of why attending a live show and listening at home are two wholly different things. Michael League for instance has an almost permanent stank face on watching his bandmates play. Observing how they react to each other, how much they respect and excite each other… crazy good vibes.

SK: I’m usually guilty of watching the drummer for practically the whole show, so getting to see Larnell Lewis tear it up at their Kallang Theatre show two years ago was a real treat for me.

Does the band inspire you musically? And if so, how?

TDC: Yes. In every way. Mostly, in thinking about why the music is written that way. Their movements have purpose. Every movement has a meaning to them. They don’t just play to show off their chops or technicality. It always means something more.

SS: Musically, I’ve learned to appreciate so much of what they do. The list would go on and on if I would have to explain how much Snarky Puppy has inspired my musical instincts. The sheer devotion to the craft, the ever longing need to explore, experiment, redefine and reshape what music means to you is something that is embedded in me.

W: I think I may have overstated it by now… They remind me why I love music at all. Just because it feels so damn good. Music should always feel that good.

SK: Yes, but not in the “I wanna be great players like them” kind of way because not all of us will ever get there! But more in the way of how they’ve found success by eschewing genre boundaries and sticking to their creative guns. Again, it’s that genuineness about them that makes them so likeable!

Would you watch them again next week?

SS: For the pups, any week!

SK: Yes! Thanks for reminding me to get tickets.