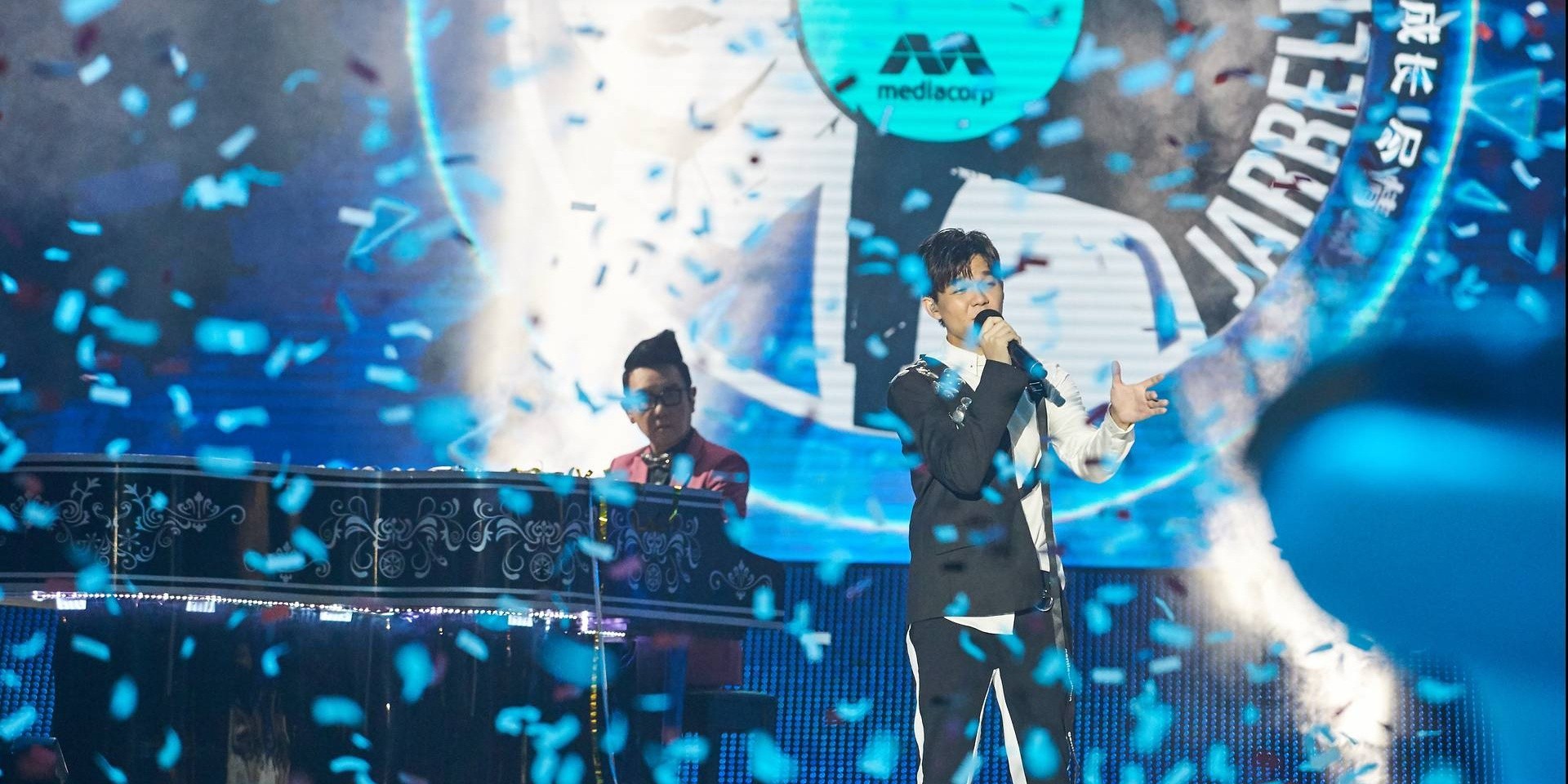 The first SPOP SING! champion was crowned on Sunday, 4 November 2018, marking the end of four months of preparation and competition. Jarrell Ng, 18, emerged as the champion among three other finalists after an intense three-hour-long live show consisting of four rounds.

There was a lot of excitement for the grand final night, reflected in the fact that songs performed on the show rose to Top 10 on KKBOX Singapore chart.

The audience, which had gathered at the Padang since the afternoon, were in high spirits throughout the night, not letting the sporadic showers dampen its mood. Its support was infectious as the four finalists gave their all for the last lap of the competition. Here’s how the grand final night went down. 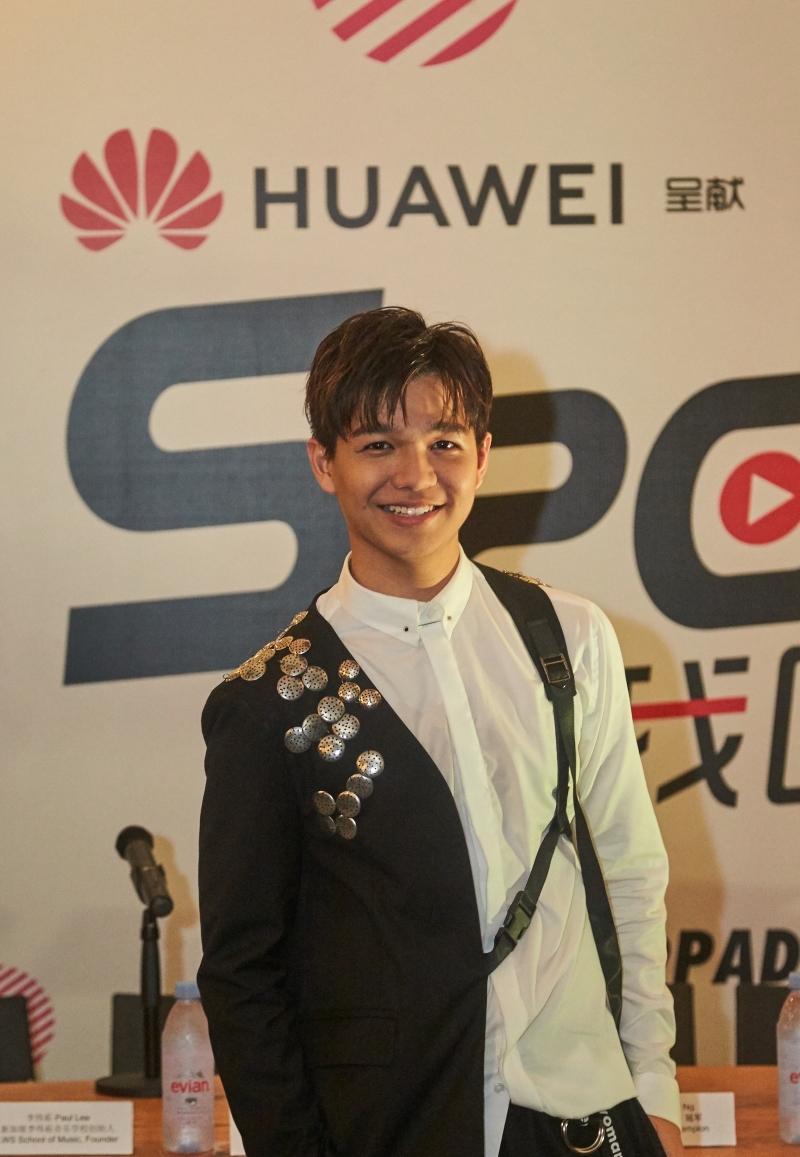 The youngest of the finalists, Jarrell, undoubtedly stole the hearts of many with his rendition of ‘I Heard That Love Had Returned’ in the fourth and final round where the winner was determined by audience votes. Turning the classic ballad piece into a refreshing dance song proved to be the right decision and earned him praises from the composer Lee Si Song himself who was also one of the judges of the competition. After clinching the title, Jarrell performed ‘Wings of Pride’, a debut single composed by Lee Wei Song for the occasion, proving his merit as the champion with his best performance of the night.

Marcus Tay, 21, came in first runner-up. He was the most consistent performer of the night, and, perhaps, throughout the whole competition. With the song ‘Angel’s Fingerprints’ by Singapore renowned Mandopop star Stefanie Sun, Marcus attained the highest score from the judges in the first round, securing him a spot in the third round. His subsequent performances in the third and fourth round showcased his vocal prowess beautifully, and even though he missed the title by a bit, he has already shown that he could be one of the next generation stars to put Singapore on the Mandopop map.

As the judges’ save in the quarter finals, and also the only judges’ save in SPOP SING!, Karena Yeo, 21, proved their choice right as she advanced to the grand final. Her soulful voice is her strongest weapon, and also one that is much-needed in the Mandopop industry. It could have been a case the nerves as her performances on the final night didn’t live up to expectations – she was eliminated in the second round where she performed alongside guest singer and Project Superstar alumnus Kelly Poon. Even though her journey in the finals ended early, her voice has, nonetheless, left a huge impression on everyone.

Daryl-Ann Jansen is full of surprises. Despite her petite size, the 21-year-old has a voice similar to Mandopop singer A-Lin, who is known for her powerhouse vocals. Her rendition of ‘Voices From The Heart’ was particularly memorable as she reimagined the familiar tune into one that is uniquely hers and proved that she was a strong contender for the title. However, her ambitious attempt with A-Mei’s ‘Jie Tuo’ wasn’t able to move the judges in the third round. Despite the elimination, she has shown her versatility in executing different genres. 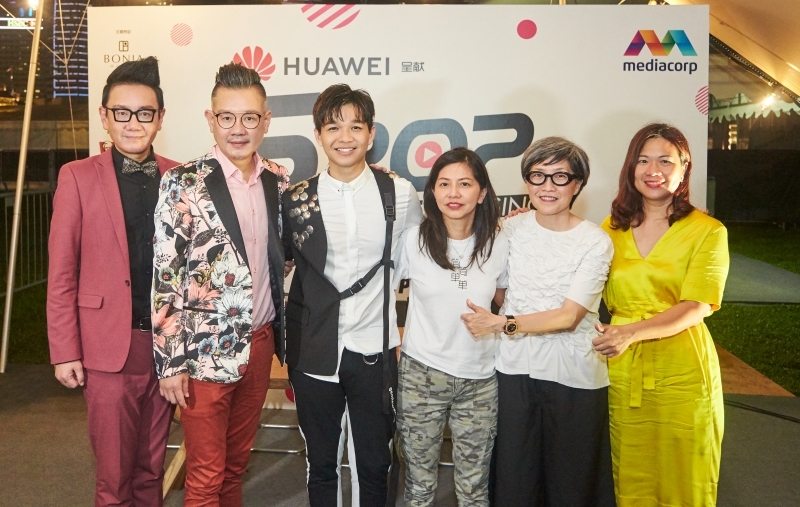 Apart from the four finalists, the rest of the Top 20 also returned to the stage and performed the theme song of SPOP SING! with their mentors Nathan Hartono, Joanna Dong and Boon Hui Lu. Guest judges Liang Wern Fook and Eric Moo – both notable figures in Xinyao – also took the Padang stage, performing ‘Ma Que Xian Zhu Zhi’ with Karena Yeo and the duet ‘Encounter’ with Joanna Dong respectively.

Undoubtedly, in a competition, there are bound to be wins and losses. However, over the course of four months, we have not only witnessed the growth of many young talents on the SPOP SING! stage, but also discovered great songs that we didn’t know were written or composed by Singapore musicians. The grand final at the Padang was truly a night to remember as it marked the start of another exciting journey for the local Mandopop scene.

Full episodes of SPOP SING! can be found on Toggle. The songs performed on the show are also available for streaming or downloading on iTunes, Apple Music, Spotify, KKBox, Deezer and Singapore telcos’ digital music stores.