Words by Zoee Toh
Photography by Esplanade - Theatres on the Bay

A capella acts are not foreign to everyone by now, what with ubiquitous YouTube covers and the popularity of films like the Pitch Perfect franchise. Yet, UK-based performers The Swingles were still able to effortlessly bring a new touch to the acclaimed art with their genre-bending set list last night at the Esplanade Theatres. 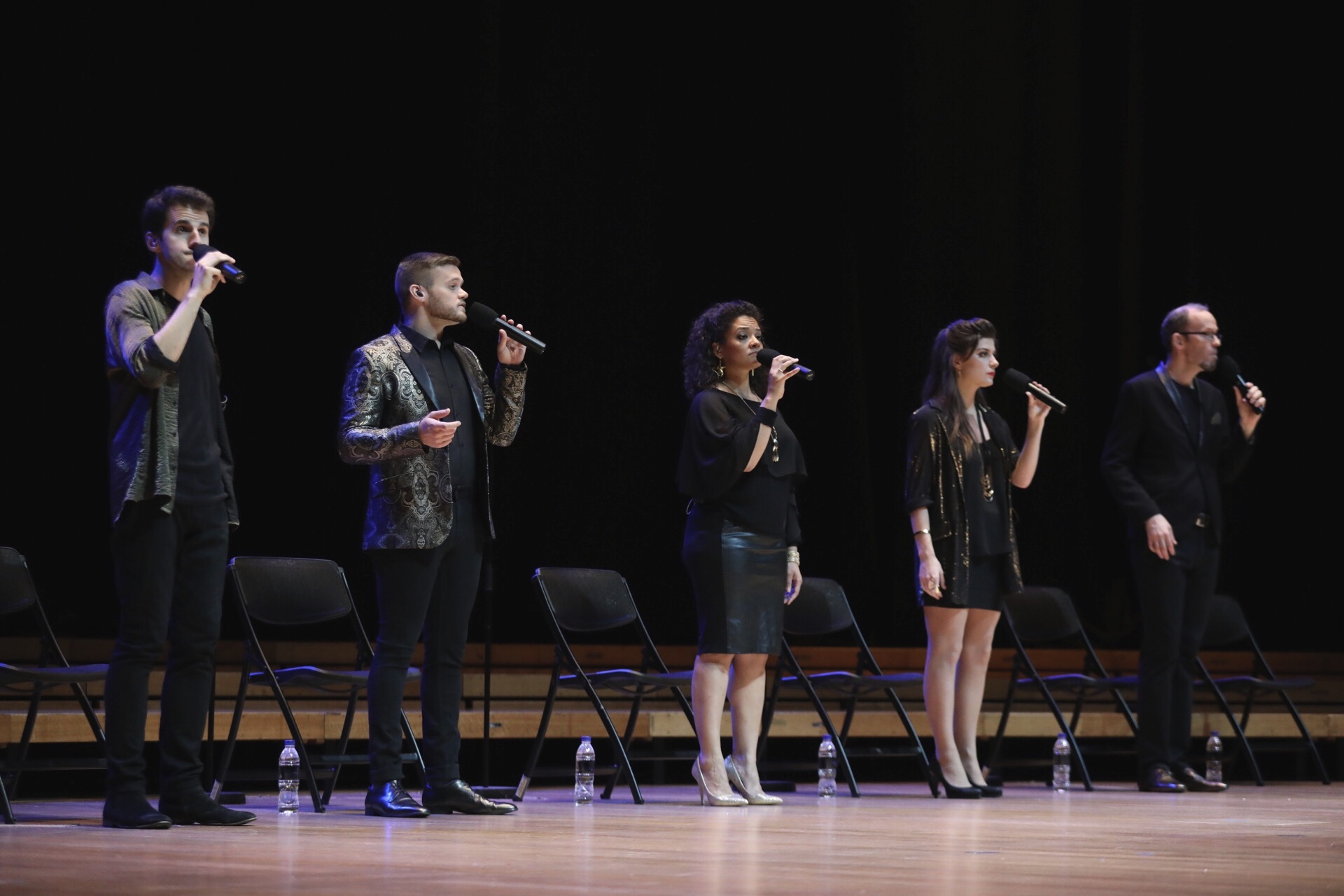 The Swingles' membership changes every so often, but each lineup manages to retain the magic that enraptured people way back in the ‘60s, when the group comprised Ward Swingle and a handful of Parisian session singers doing Bach’s instrumentals. Their famed versatility was what skyrocketed the group into the spotlight, and yesterday Singaporeans got a glimpse of it in action. 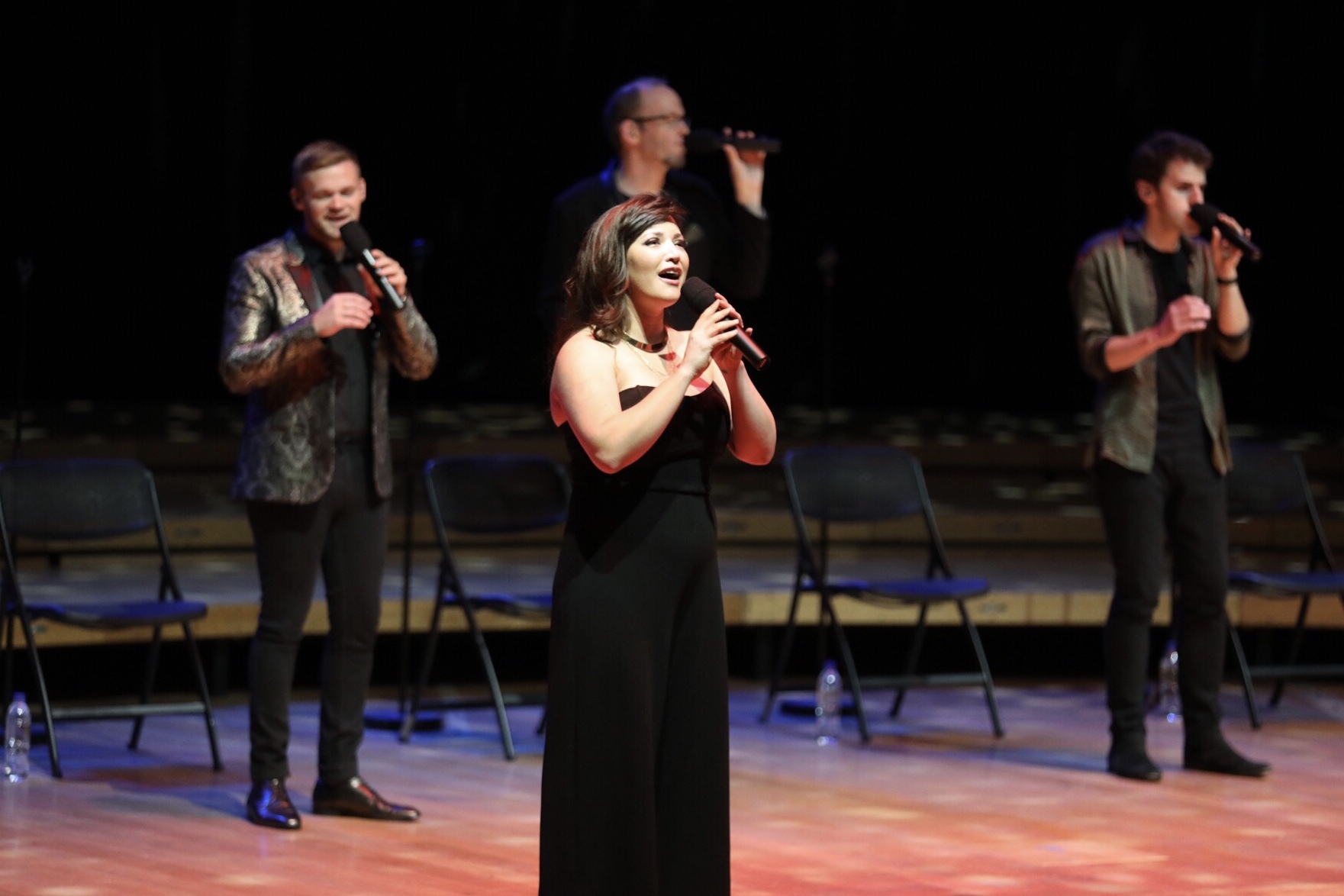 The five-time Grammy Award-winners strolled onto stage and launched straight into Elbow’s 'Weather to Fly'. It was a captivating piece to watch and this first number was enough to give newcomers to the band’s skills a taste of the band’s immaculate control over their vocals. Little to no choreography was needed and their natural movement and lack of pretension onstage only served to bring the members’ vocal talents to the forefront. 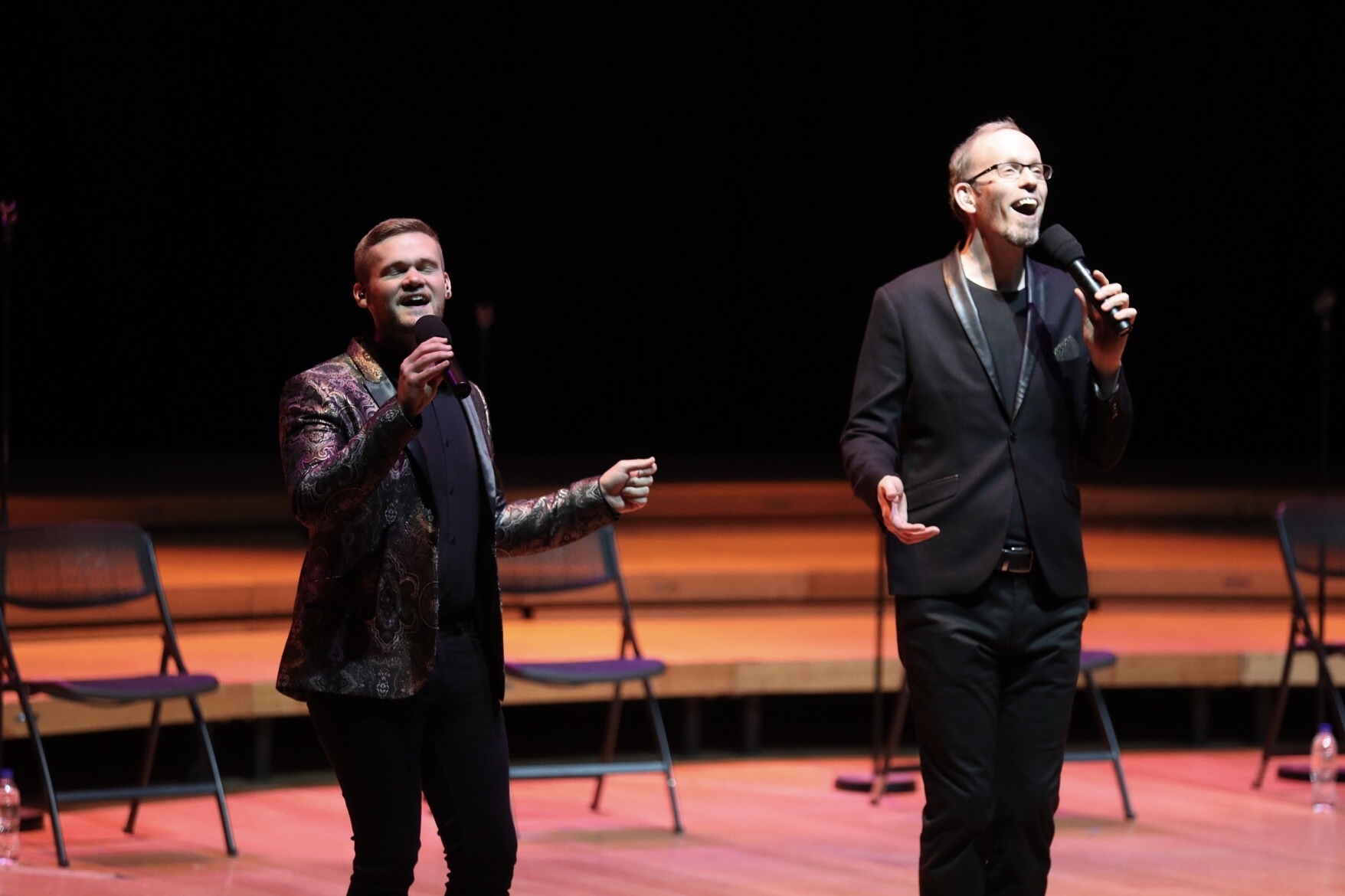 Highlights include soprano Sara Brimer who teased us with her vocal acrobatics with 'The Diva Aria', a song plucked from the Bruce Willis film The Fifth Element. Her heart-stopping runs that fit perfectly into any opera scene resounded in the Esplanade Theatre, leaving the audience agape. The members were adept at creating an immersive experience for the audience, including them in ad-libs and scat singalongs, follow-the-leader style. Piazzolla’s 'Libertango' was also a chilling number that was well-peppered with resounding percussive effects. 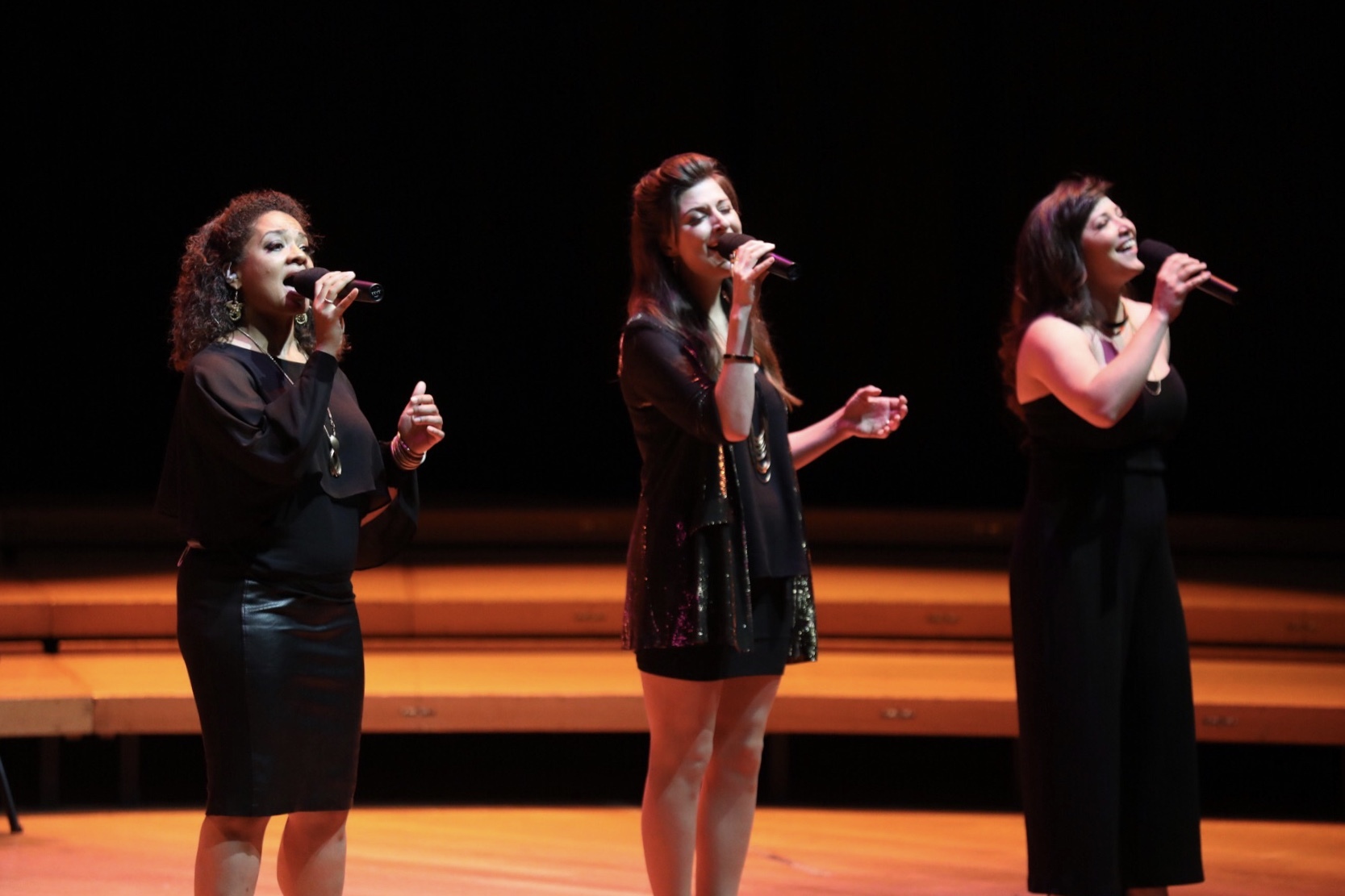 Their repertoire displayed their genre-bending skills with a range of songs from Bach and Piazzolla to Stevie Wonder and Simon & Garfunkel. The group also introduced a couple of songs inspired by folklore from Finland and Bulgaria. While the few sentences sung were in a foreign language, symphonic effects and superb harmonies was what really conveyed every last emotion in the songs. While still holding on to their classic sound, the group injected some modern-day nuances into their performances with the likes of live looping in their original song 'Narnia'. 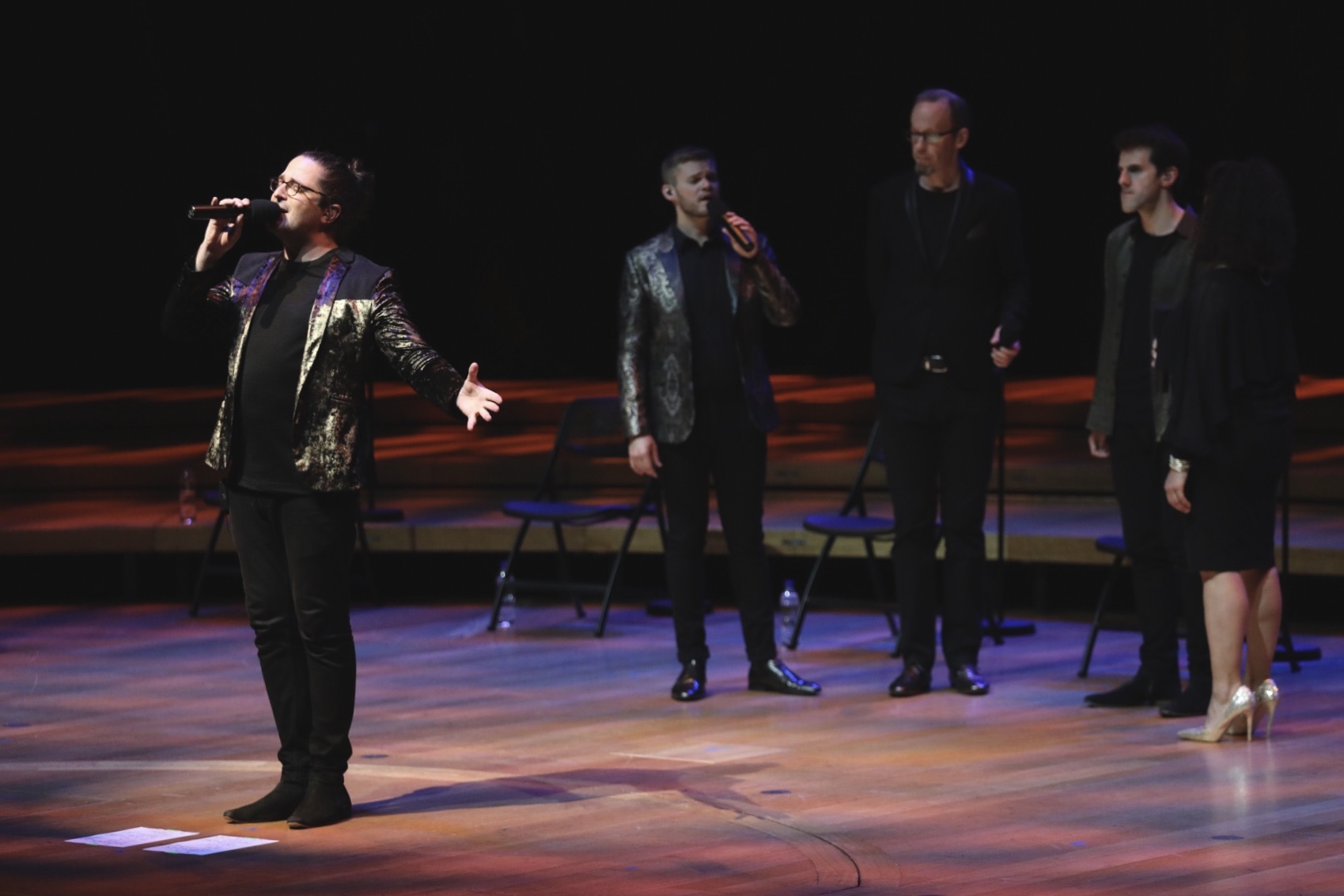 The deeper-voiced members provided excellent drum and bass vocalizations and the sopranos enthralled the audience with their vocal agility. Every single member had a part to play in the velvety, comforting sound and throughout the evening, the Swingles showcased unity through their dynamic jazz-spiced harmonies, be it in current pop hits like Mumford and Sons’ 'After the Storm' or classic pieces three centuries ago like those of Corelli.

While The Swingles’ sound and genres of choice remain ever-changing, one thing is for sure: their apparent talent to fully employ the tonal and dynamic range of the human voice to ensorcell eager listening ears.

Special thanks to the Esplanade for the invite.