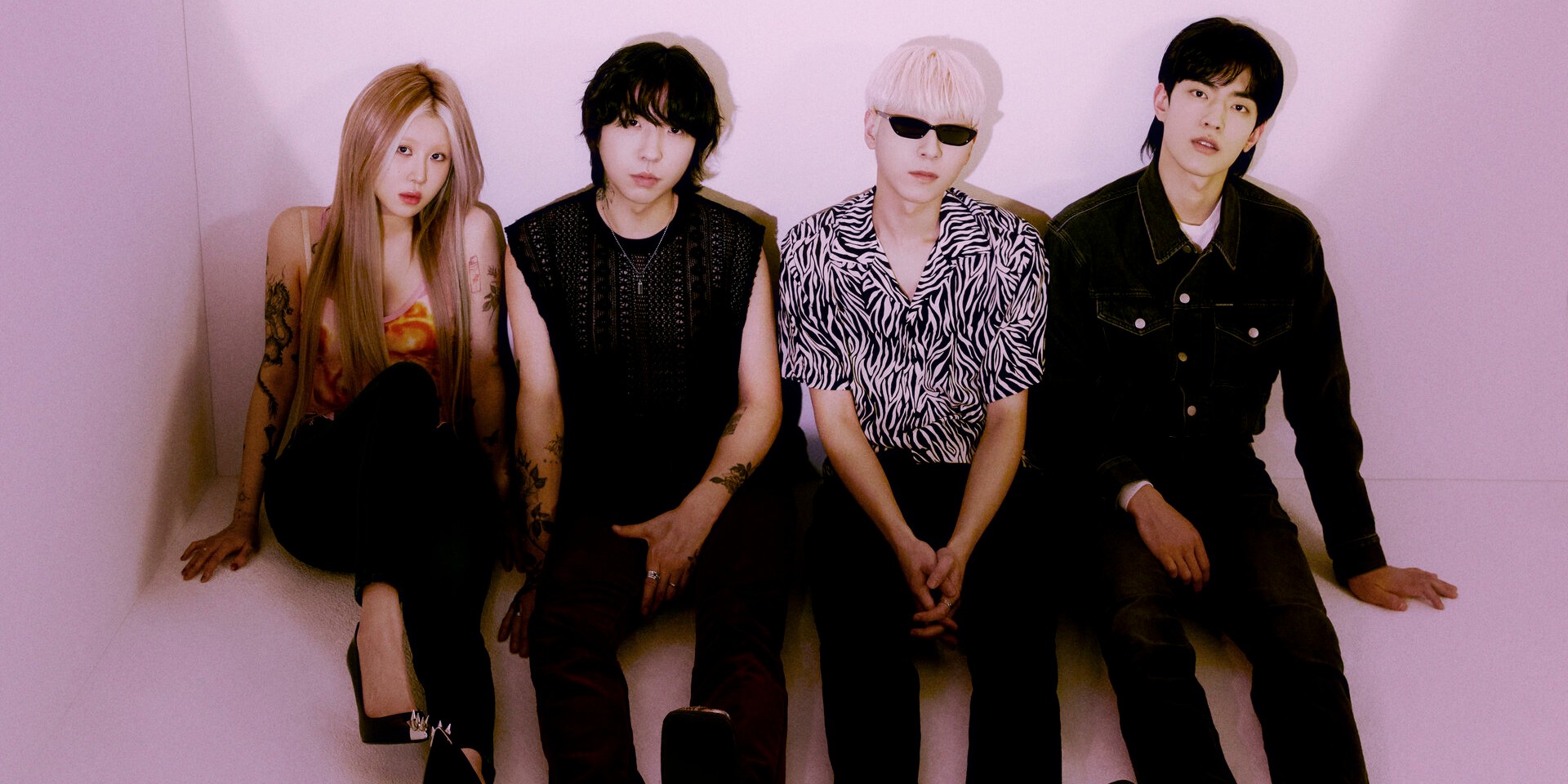 The Volunteers are here!

After years of anticipation, the Korean rock band have finally debuted. Having just released their self-titled debut album, the four-piece group are bringing their own unique sound to Korea's ever-growing rock scene. 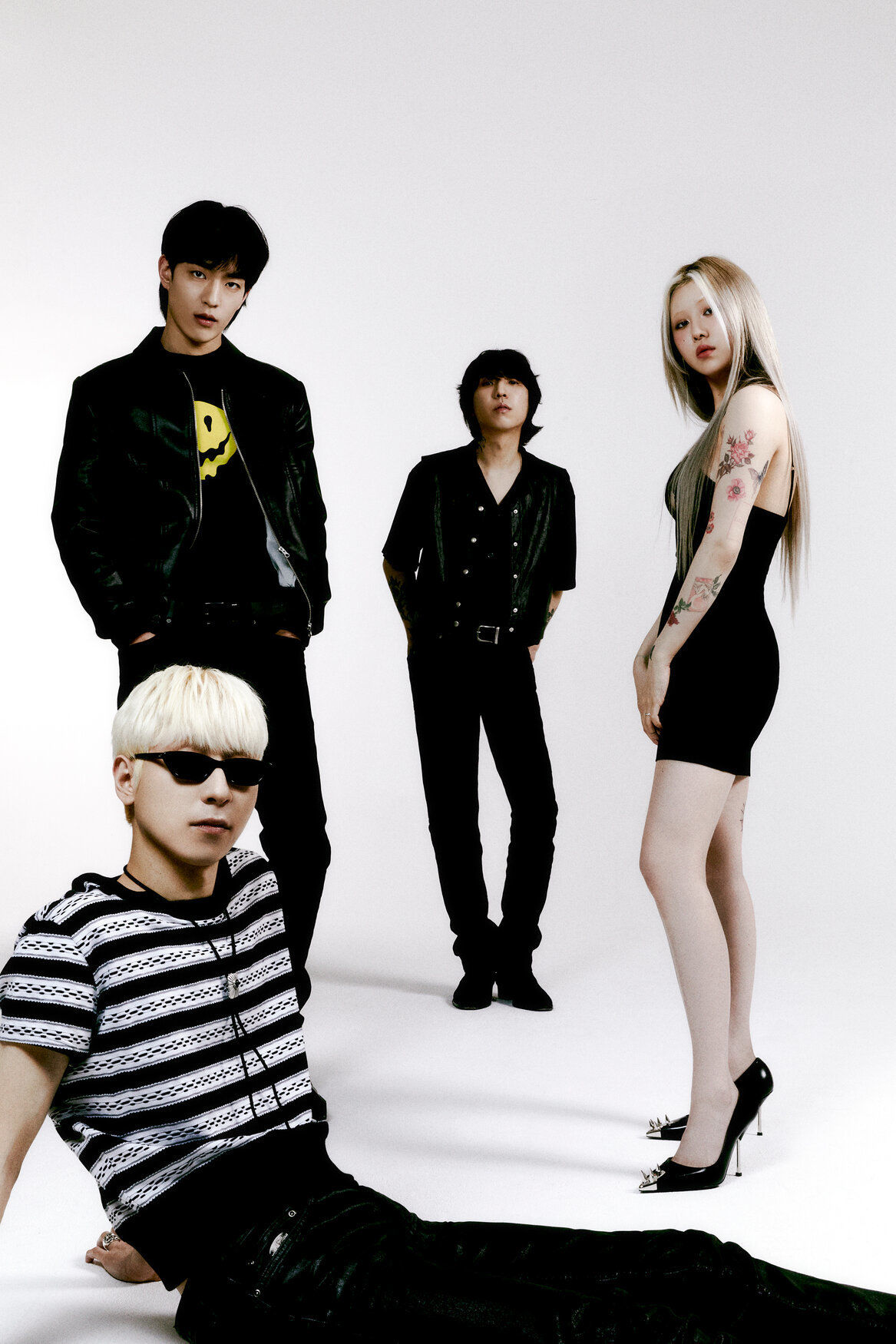 Originally formed in 2018, The Volunteers comprises Yerin Baek (vocals, guitar), Hyungseok Koh (bass), Jonny (guitar), and Chiheon Kim (drums). For the last three years, as each member focused on their individual musical careers, the band have shared their music via SoundCloud and YouTube. With their unofficial releases, the band has gained a following that have been patiently anticipating their debut.

In 2018, the group dropped their EP Vanity & People and their single 'Radio' a year later, all of which were leading up to their debut album.

"All of them share a sense of rebellion against society or a certain phenomenon, a lot of them are fun. I wrote the lyrics thinking I was doing what should be done in rock," Yerin tells Bandwagon.

"There’s a kind of synergy that happens only between the four of us, so I think we have our own thing amongst the scene," adds Chiheon. 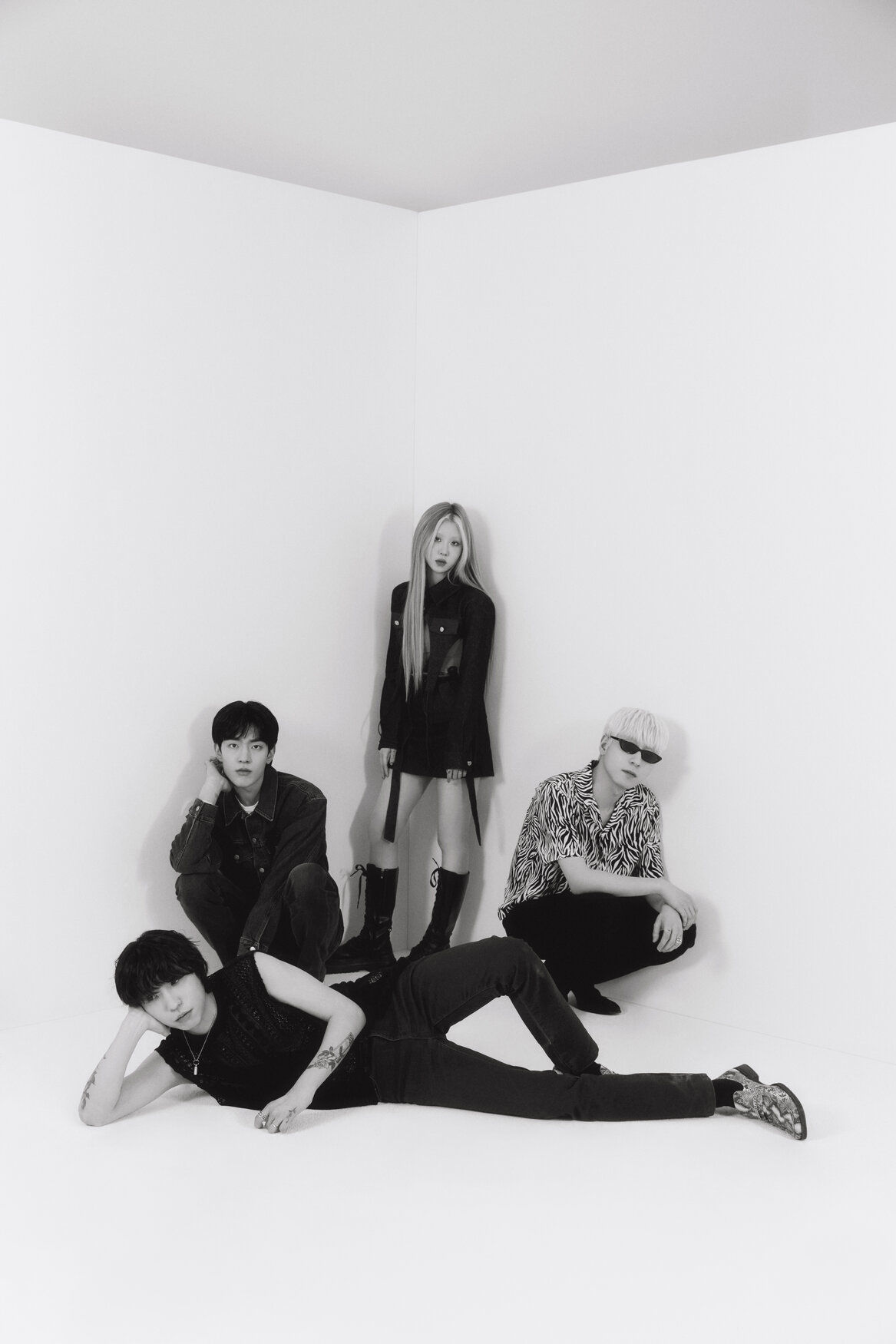 Fresh from the release of their debut record, Bandwagon caught up with The Volunteers to talk about their musical journey, the creative process, and the work that went into their first-ever album.

Yerin: I couldn’t decide between a couple of names then this one came to mind when I saw the way the other members were helping me when I was going through a hard time without wanting anything back for themselves.

Hyungseok: I’ve always told myself while taking on many different kinds of projects that I’ve got to be in a rock band someday. It came true.

Jonny: Yerin named us while we were on a plane to Japan for a short trip. I remember I liked it because it sounded pretty.

Chiheon: It was Yerin’s idea. I’m a pretty passionate advocate for peace so I thought it’d be a perfect name for a band I’m in.

The Volunteers were originally formed in 2018, why did it take almost three years for the band to officially debut?

Yerin: We each had our own personal situations. We never took a break from music. Each of us kept working on our own careers, saving up our energies.

Hyungseok: Since Blue Vinyl was launched, I thought it was right to release Yerin’s solo album first and solidify the shape of the label and then make The Volunteers happen.

Jonny: We were signed with different labels and at different places in our careers.

Chiheon: There was a lot of personal stuff going on and we were all just seeking the perfect timing.

How would you describe the music that The Volunteers make? How do you feel you stand out amongst Korea’s vast rock scene?

Yerin: I believe I’m able to create an interesting picture as a frontman. You might also get some old rock band nostalgia from us.

Hyungseok: The stronger drive of the guitar compared to the music a lot of Korean bands have been pursuing these days and makes us stand out if you will.

Jonny: It’s simply rock music but because of all of us, who listen to a variety of genres and make music together, it creates a different type of rock.

Congratulations on the upcoming album! Could you tell us more about the record? What are the stories and experiences that inspired the tracks?

Hyungseok: It’s an album that holds what each of us had been listening to and dreaming of, not an album that is based on a single theme or a concept.

Jonny: It’s a 10-track full-length album that consists of six songs that had been released on YouTube and SoundCloud before, plus four newly made songs.

Chiheon: Yerin has been writing the lyrics and the sounds resulted from our own musical experiences gathered together.

What was the process like putting the album together? Were there any memorable moments that the band had while working on the album?

Hyungseok: The process was quite smooth and peaceful perhaps because it wasn’t like one of us set the purport and genre and led the whole band. Something memorable would be the drinks we had at the end of a productive day.

Jonny: A memorable moment for me was when we realized we only had 9 tracks when we had just confirmed to release 10 tracks, so we quickly cooked up one more song right away. That last track we made was 'Time to fight back in my way'.

Chiheon: I re-recorded some of the songs because my situation in 2018 and now in 2021 is different. It was interesting to see how different I am now from then.

What can we expect from the band's new music video?

Hyungseok: It’s so embarrassing because all of us except Yerin has almost no experience in acting yet we appeared in a music video, but also that makes it fun in a way.

Jonny: You will see an adorable little kid.

Chiheon: You will see my impressive yachting skills.

A lot of bands in Korea make music in a mix of Korean and English, tell us more about the band’s decision to write and perform songs in English.

Yerin: Some of them were written in English just naturally, and in part, I wanted to write something more rebellious but some of the Korean expressions felt a bit awkward so I chose to express them more metaphorically in English. I feel like the language of lyrics isn’t that important nowadays.

Hyungseok: I’m not the lyricist, but we never decided to only use a particular language. We were naturally led to the language that best suits the music, and that just ended up being English for all of the songs.

Watch the music video for The Volunteers' 'Let me go!' here.