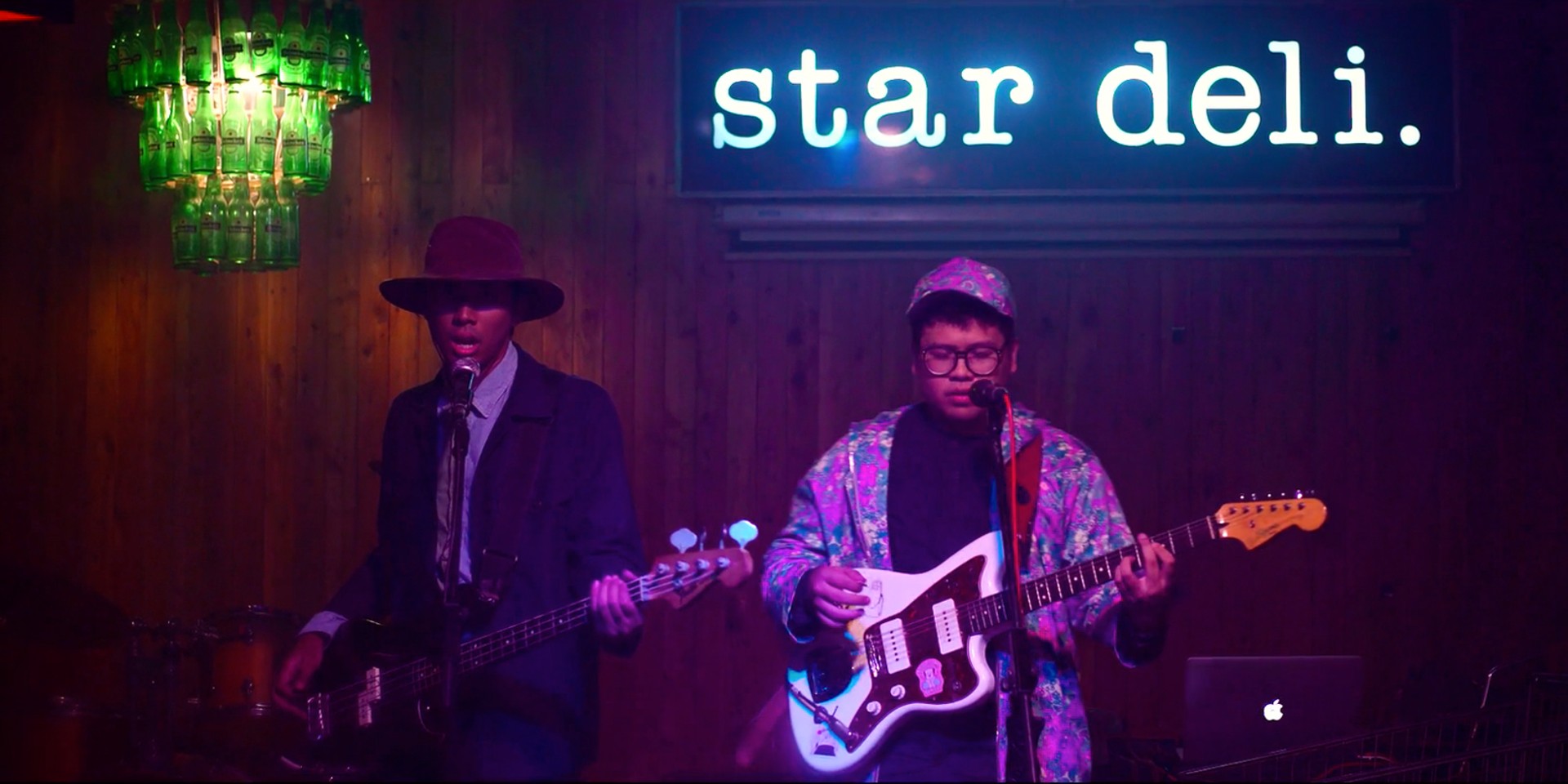 The xx have released a stunning short film as part of their We See You series in collaboration with YouTube featuring not the band itself, but their dedicated fans in Jakarta.

More than just a tribute to the band, the clip by Jakarta-based film director Mouly Surya brings out the beauty in the chaos of the city, capturing its people and streets as they are, but also weaving in some surreal scenes involving cheerleaders (whom xx fans will recognise from the music video for 'On Hold') as well as Jakartan mascots, the ondel-ondel.

Shot during The xx’s recent tour stop in Jakarta, We See You Jakarta switches between scenes of fans at the concert, the streets of Jakarta and a tribute performance by two local musicians, Xandega Tahajuansya (of Indonesian band Polka Wars) and Herald Reynaldo.

We had a chat with Surya about the concept of the film, working with local musicians how it has been a new experience for her as a director. Read the interview below, and check out the film after that.

How did this film come about and why did you want to make a film specifically of fans of The xx in Jakarta?

Well how can I say no [laugh], it’s The xx! A few months ago, we got an email from the management of the creative side of Young Turks [record label] and they told us that they were interested in working with me for a video and that The xx is stopping by here in Jakarta. At that time I was releasing a film, my latest film, and [they] emailed the office that was listed on our website. We didn’t think much of it, we thought “Is this a prank or something?" But in the end we connected, and of course, I listen to their songs.

I’m not very familiar working in the music industry. In the earlier years of my career I’ve done music videos, but I was not very into it at that time because I think music videos are very different to feature films – you really rely on the quality of the sound, like you could make these great visuals but if the sound is not good, then you know… you couldn’t go beyond the sound. The sound is the blueprint, the sound is the soul of the music video. But then, even though [this film] is not a music video, there still was going to be a lot of songs of course, because it’s The xx. So I think at that time, when I listened to their songs and gave it a closer eye, I knew some of their older songs but hadn’t listened to their newest album. So I did, and kind of loved them.

You said you were not used to making music videos – how did Young Turks find out about your work, and why did they approach you?

They probably heard of me. I think because last year, my film [Marlina the Murderer] got into Director’s Fortnight in Cannes, so maybe they heard of me because of the news that covered the film in Director’s Fortnight in Cannes in 2017. They probably looked around for filmmakers in Indonesia and looked at a couple of samples of my previous work... I think they really knew what kind of stuff they wanted, it was really interesting, the fact that they chose to approach me because of my background, you know, I’m not a music video director. I don’t even make documentaries – I make strictly feature films.

How then has working on this film been a different experience for you?

I stuck to what I do best, which is storytelling – visual storytelling. So that was what I was trying to do in the concept of making the video. I tried to portray what I think about the fans, the fans of The xx in Jakarta and talked to a couple of guys, and then it went down to these two guys that appeared in the video. So it’s about my point of view of the music industry here and how being a fan is like, in a way. It was a very loose concept at first. The interesting thing is, we had more dialogue to further highlight what the video was trying to say, but the band actually didn’t want interviews and felt that the visuals and the performance of the two guys were strong enough to portray what I was trying to say. So it was a very interesting experience!

How did you get in touch with the two musicians in the video, who were covering The xx's song 'On Hold'? What drew you to them?

We actually met Xandega, the first guy, who is a friend of a friend, during the concert. We saw his interview and when I looked at it, I thought this guy would be interesting. He’s from a big band Polka Wars, which is quite a well-known band in Jakarta. It’s an indie band, but has some kind of track record. As for Herald, I did an Instagram search so I knew him from there. I looked at his account, and he did some covers of The xx. They kind of knew each other of course, because it’s a very small music industry in Jakarta. But they come from bands of very different genres, and this was this first time they actually did something together.

What’s the concept behind the video?

When I listened to The xx, I remembered how the Britpop bands are always so inspiring with indie music everywhere, not just Indonesia but in Jakarta. So I think the concept kind of goes from there, the British bands and now the xx. I wanted to portray how you live in Jakarta, because the concept is basically about Jakarta as well, so we see Jakarta as a very chaotic city, which I think you could see from the video.

Music is a kind of escapism for a lot of people, and a lot of the bands as well, especially in this case the two guys, Herald and Dega. And with all the traffic – I mean we are the number one in worst traffic jams you could ever find – so I wanted to get that point across, how music is an escape. It’s an imagination as well: in their head it’s a dream for them to be a band like The xx because they are musicians as well and I wanted to have their music, to see how the music of The xx is appreciated by other musicians because while they are fans, they are also musicians, so I wanted to see how I could get that point across.

The video opens and ends with the two ondel-ondel (large puppet dolls from Indonesian Betawi culture) - what’s the significance of that?

Ondel-ondel is the mascot of Jakarta. So all throughout the year, actually during the first day in the city, you’ll see these two ondel-ondels all the time in the streets, doing what they’re doing in the video basically: dancing around. It’s metaphorical in a way that it’s the mascot of Jakarta but you also see the cheerleaders taken from The xx music video ’On Hold’ – it’s kind of trying to marry them together.

What do you find most interesting about filming in Jakarta?

It’s like you’re shooting in the woods. There are no clear rules in each part of the city – well, in some parts of the city yeah, but you basically can shoot everywhere as long as you have the budget to do it. In a city like Jakarta there aren’t, I would say, very strict prohibitions, and it’s always full of surprises because of how unpredictable the city is, and because of how chaotic it is. Usually I stay out of the chaos to shoot my films, but this time round I was actually looking for chaos!

Watch Mouly Surya's film for The xx below: