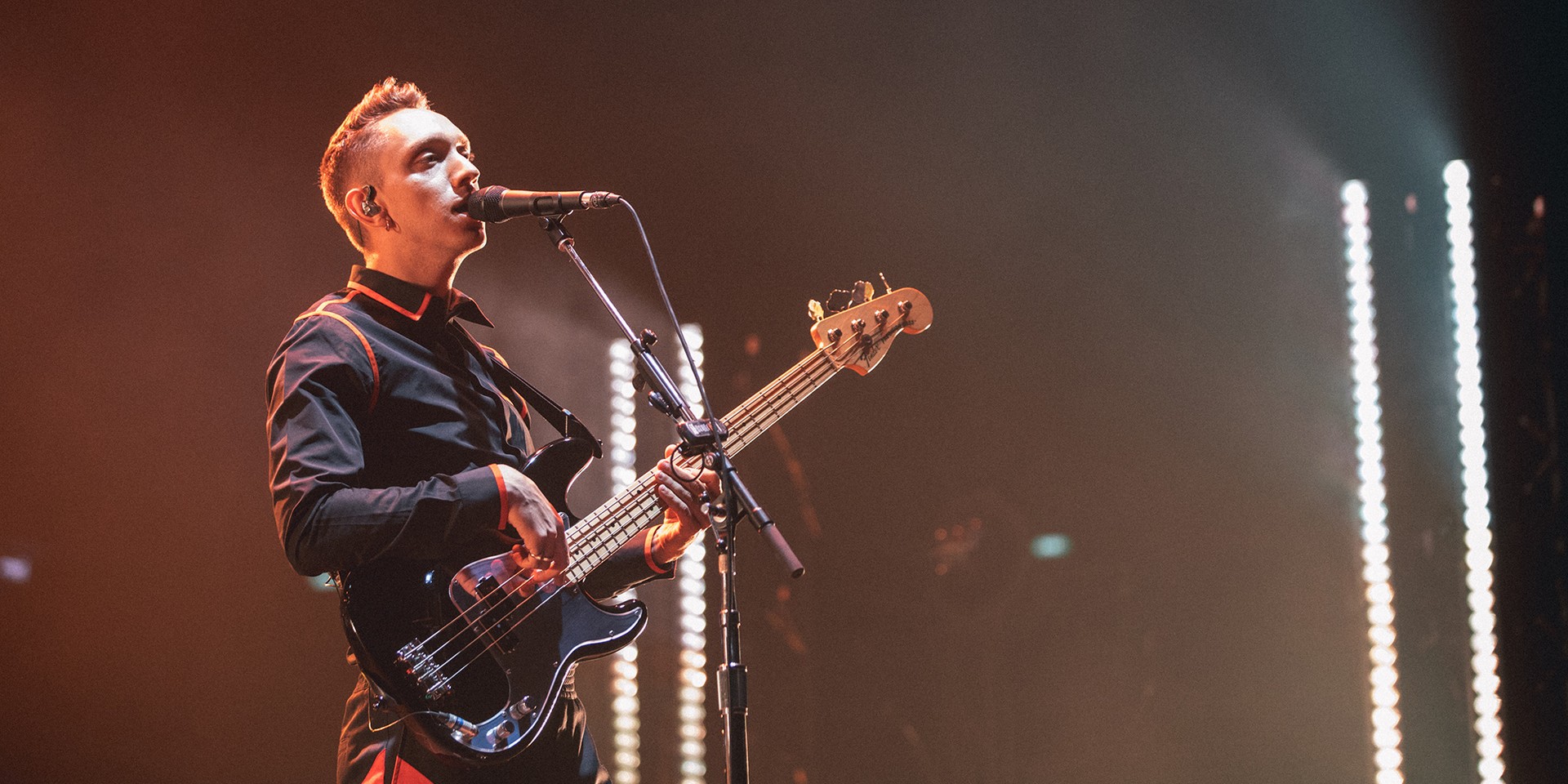 It was not long ago that indie trio The xx wowed Singapore with their biggest local show yet — a stint at the Singapore Indoor Stadium, supported by breakout artist Sampha, and a raving fanbase that turned out in full force.

Their Singapore show was their lone stopover into the region, just before dates in Japan and South Korea. For the fans who were unable to fly over, The xx are now returning back to Asia with a full set of dates in Manila, Jakarta, Kuala Lumpur, Hong Kong, Taipei, Osaka and Tokyo. The list is exhaustive, and it's also the clearest indication of their commitment to their worldwide fanbase.

We had the privilege of speaking to Oliver Sim once again, and this time we zeroed in on their decision to return to the region, and what can fans expect this time.

First question that we have to ask: what’s with the quick return to Asia?

What's with the quick return? I think unfortunately we haven't done many shows in Asia. We did a few in Japan and one in Singapore and that was it, so now we're looking to visit the places in Asia that we didn't get the chance to visit the last time around. We'll be going to Jakarta for the first time, so it's going to be rather exciting."

What’s your impression of Jakarta so far?

I've got a friend that actually lives in Jakarta. The things I've been told about Jakarta have me really excited. I know it's a huge city with a lot of people, art and a lot of different cultures."

The band is returning to Manila this time. What do you remember about the place?

The crowd was so loud, it was deafening. The energy we got from that crowd was unlike anything we've ever experienced. It was wild, it was so wild. I've got very high expectations for that show, that's the show I'm especially looking forward to."

Back in July of this year, you played in Singapore. What do you remember about that show?

I remember that show was at a very big show, it wasn't like what we did in Singapore before. But we did that show with very little production value, it was really stripped down.

We're looking forward to bring more of a live show, the complete experience to the rest of Asia when we tour there. It was still a great show, but we can't wait to show people more." 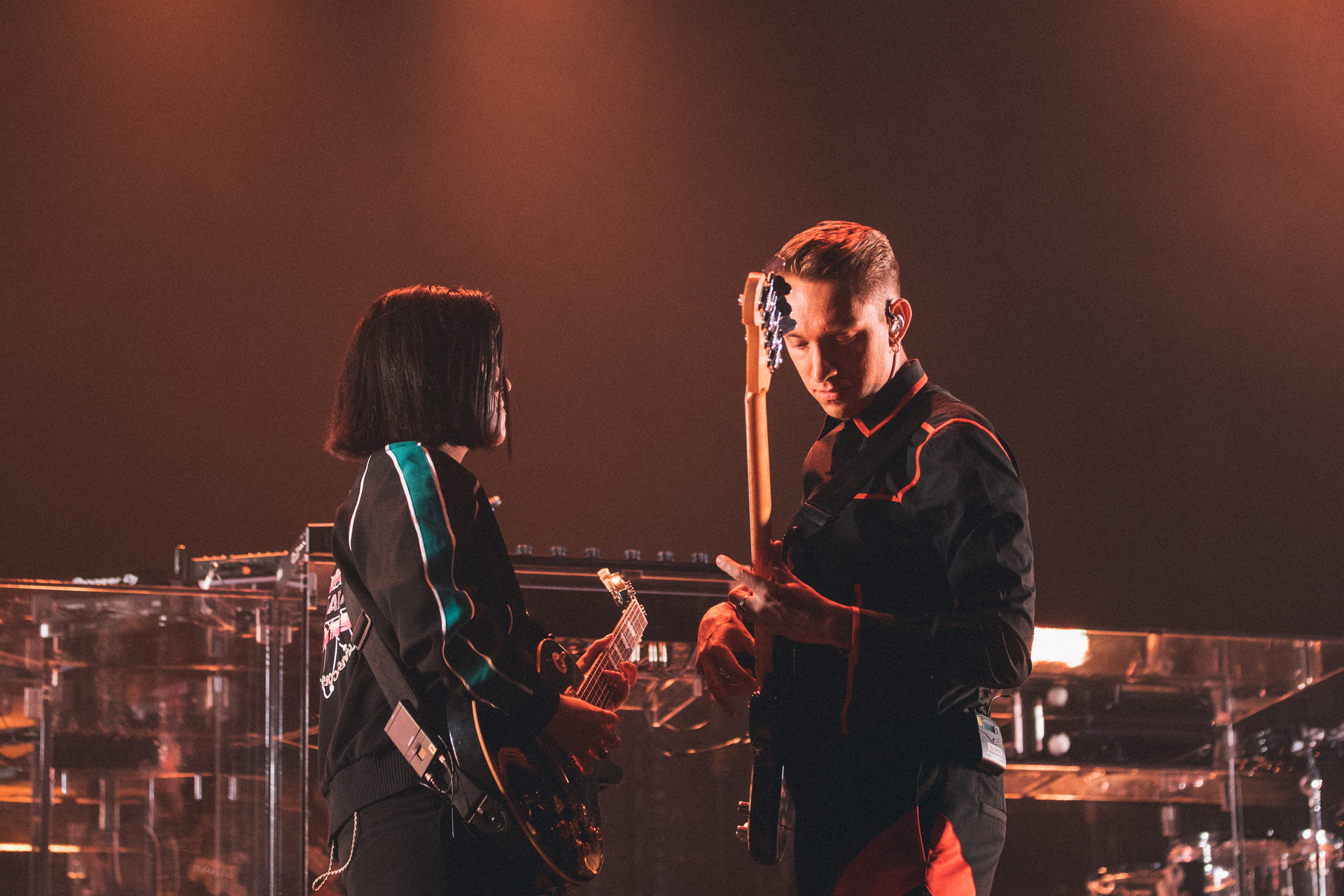 I want to tell people how much a concert is a great form of escapism — leaving behind whatever's causing them pain at home."

— Oliver Sim, in an earlier interview with us.

What was your favourite thing to eat while in Singapore?

It was quite funny — maybe our tour guide wasn't good enough — but a lot of the places we ate at in Singapore were very western. It was good, but it didn't necessarily provide us with the authentic experience. I'm really looking for good food guides for the upcoming Asian tour to really take us to the good local places."

Your last show in Singapore was at the Singapore Indoor Stadium, which is a testament to how your shows are getting bigger than ever. Do you miss the intimacy of the shows early in your career?

I do miss them, we're really are so blessed to be playing bigger shows. But when we do get to play more intimate shows, it's far scarier — you're able to look everyone in the eye and that's really intimidating, but it's also great to see so clearly on everyone's faces that they're enjoying the music and the show.

For the last album, we were already playing bigger shows but we ended the touring cycle with a really small, intimate gig in New York and that was really special for us, to go back to that and feel all that raw energy."

When the band arrives in Asia next January, the album would turn a year old. Having toured this album for months now, what has changed about your opinion of the album since?

It's taken a really a long time for it to sink in that the album was actually out. We worked on the album for around two years and there was a lot of waiting and really anticipating the moment people hear it.

Since it was released, we've not stopped. We've been touring and touring and touring, so I think people are connected to songs that I wouldn't have expected as much, and maybe other songs that we thought people would really connect with aren't getting that — for a lack of a better word — attention.

My favourite song off the record is 'Replica', it's only been played a handful of times live, but I really enjoy the rest of the songs, given that I have to perform them every night and I hear them all the time. But I still enjoy them."

Will you guys be tweaking your setlist for this upcoming tour?

Yes, I hope so. After this current tour, we've got two months off, so we're going to go into the studio and start writing the new record. We'll play around with what we have by then and maybe — just maybe — we'll play some new music. We really don't want to get too bored with our current music."

What songs have fans been dying to hear that you’ve yet to play in your recent shows? Will you play them?

'Replica'. 100% 'Replica'. It's a song we made in the studio, it's really so hard to play live because there are so many layers and right now we can't really figure out how to translate it into a live sound."

It’s been more common nowadays for artists to invite fans onstage to perform a song with them. If The xx were to do that in a show, which song would you pick?

We actually did do that! We did it a couple of months ago in Europe. We looked out into the audience and there was this little girl, probably around six years old.

She was on her dad's shoulders, holding up a sign that said "Can I please sing 'I Dare You'" so we brought her up on stage and she sang the whole song, she knew every word. I think that's the song that gets the most singing along, it's one of our poppiest songs."

The xx has done so much together since 2010. What do you think you, Jamie and Romy yet to achieve?

We've been around for awhile, but there's so much more to do. This album has been our poppiest and we've also played on our biggest stages for this album cycle.

I think we'd love to do something a little less conventional, like what we did in New York, that super intimate show. We want to separate our live shows and performances."

The xx are set to begin their Asia tour on 23 January 2018. Find out more about the upcoming Asian tour here.