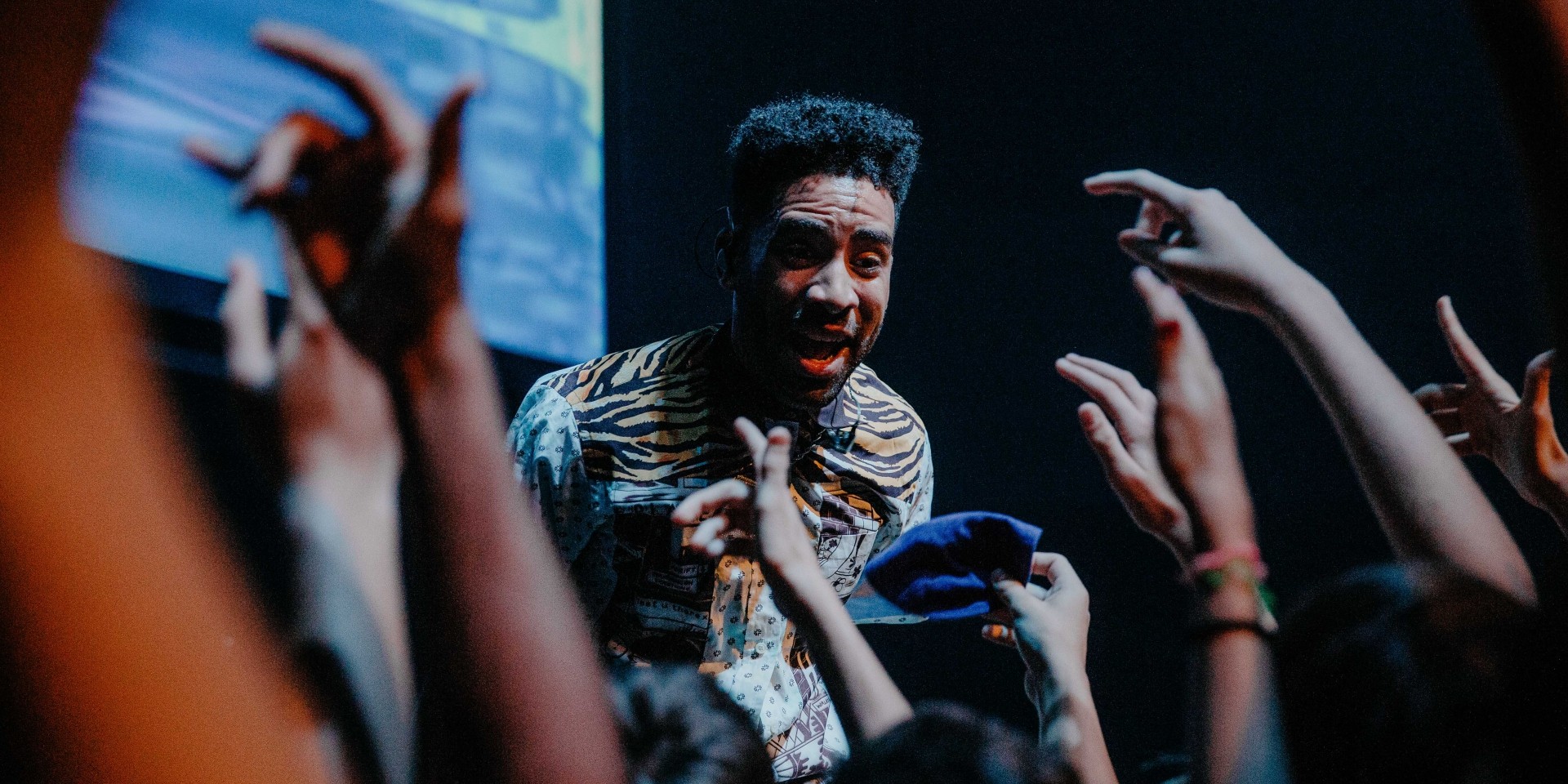 "This is a hate-free zone. Remember, there's a light inside of us all" – a robotically filtered feminine voice urges. The room goes from dark to sepia-lit; a brief hush follows, and then KYLE bounds onstage, arms and legs flailing, his smile beatific and resplendent. This wasn't going to be a regular contemporary rap show. This was a literal no-flex-zone, where being turnt is as much a rite of spiritual deliverance as it is a sublime physical thrill. The conclusion, last Friday, at the Esplanade Annexe Studio, is the same as it is now: At his first ever Singapore showing, put together by the always-delivering promoter Collective Minds, the chart-topping California rapper took home the gold. 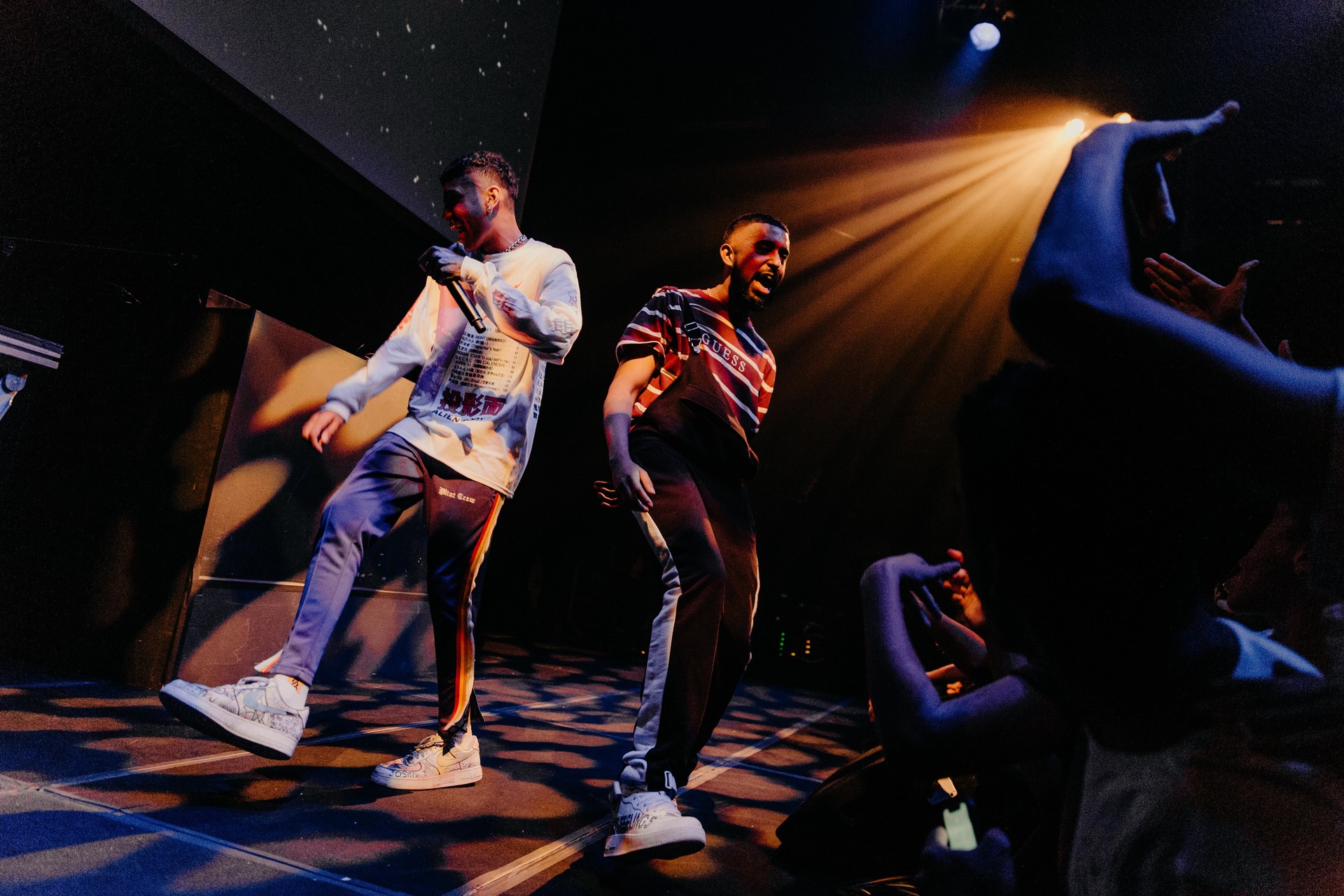 But before he made the stage his own, it belonged to our hometown hip-hop heroes. Setting the night off, torch-bearing new school hip-hop crew .Wav(y) unspooled the freshest, most body-blasting bangers reverberating throughout the Internet. By now familiar faces in the local hip-hop ecosystem, co-founder PRAV and MC Asking Joshy gave the packed-out crowd the encouragement it needed to claim the night – and it moshed, bounced and danced in delightful reciprocity. 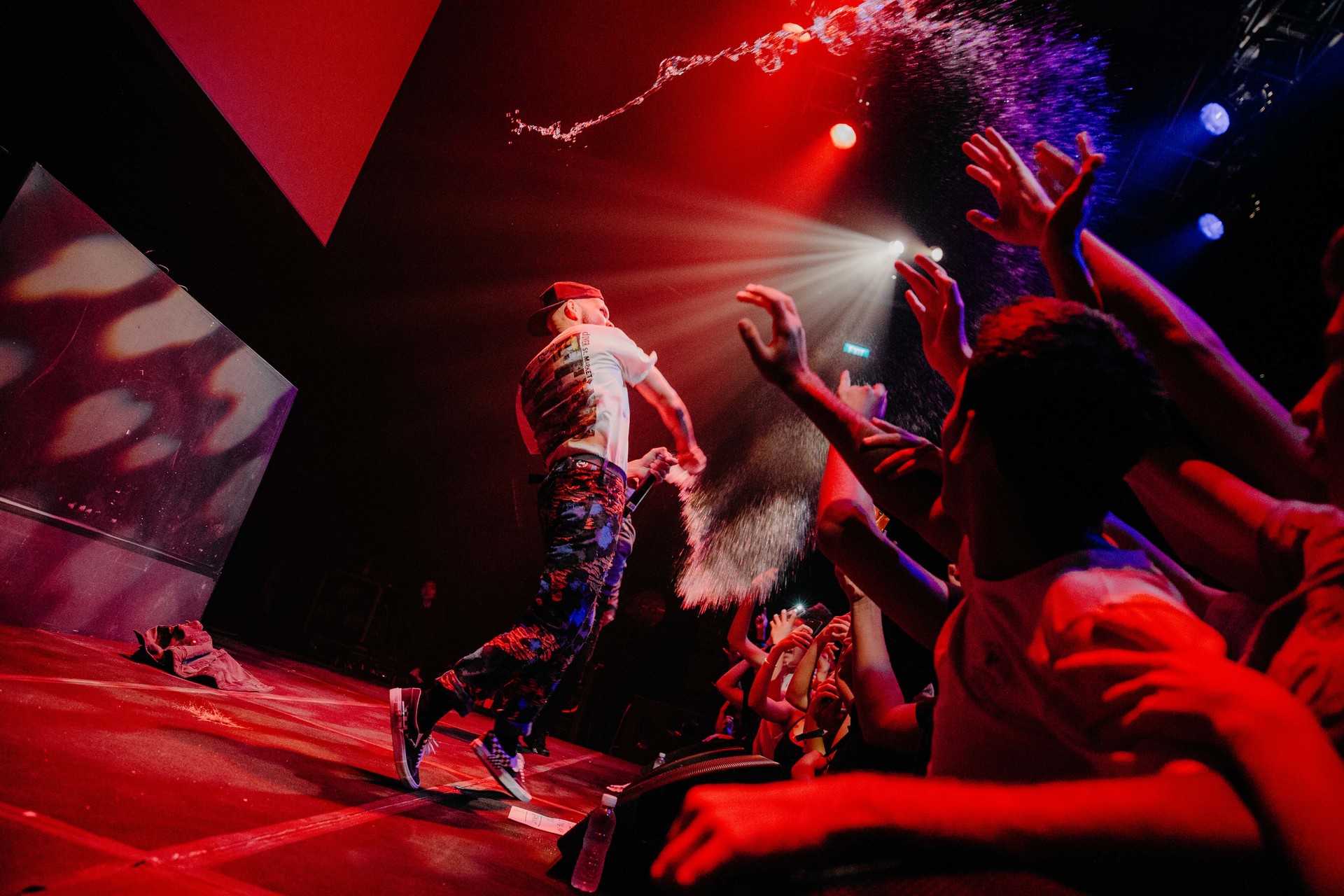 Following them, THELIONCITYBOY and MC Mr. Boo took their turn. Witnessing a TLCB performance is to take in an energy that, though unrelentingly frenetic, is utterly contagious. With a steely eyed resolve in his eyes, TLCB unraveled one speaker-stretching song after another. How he channels pop and rap tropes through his hyper-intense delivery is his most formidable veneer. That night, the house received one of the most dashing and ferocious displays of that yet. 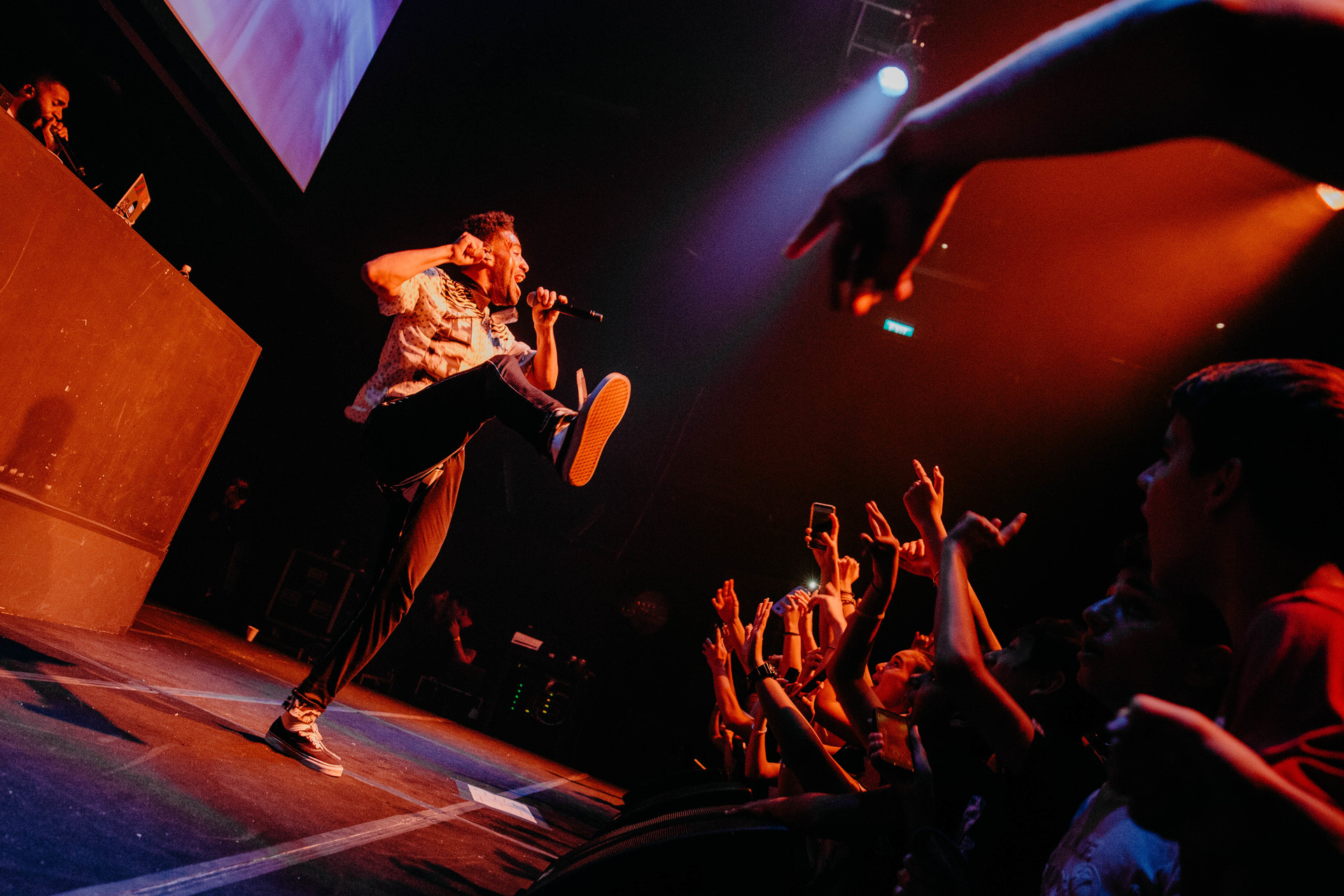 As the lights dimmed, during the changeover, the crowd got a chance to catch its breath. Given the payload to come, this was a necessary break. So, when the DJ took the mic and shouted, "Make some noise for SUPER DUPER KYLE!", the cheers shook the stratosphere.

A word on KYLE: If you take omnipresent personalities like Migos and Future as benchmarks of what a rapper is supposed to be, KYLE stands apart as an anomaly. Besides a gold chain with an emphatically playful Game Boy pendant, there is no bling-ready jewellery on him. He also doesn't wear shades indoors. But these aren't as distinctive as the fact that he never exudes any cooler/swaggier-than-thou airs. He's one of those people whose smile is a boundary-breaking equaliser that makes you want to root for him, whose instant likeability owes to the fact that his down-to-earth-ness is fundamental to who he is. Gathered there to celebrate him, the crowd was aware of these truths. And when it entered his playground of sounds, it was correspondingly joyous. 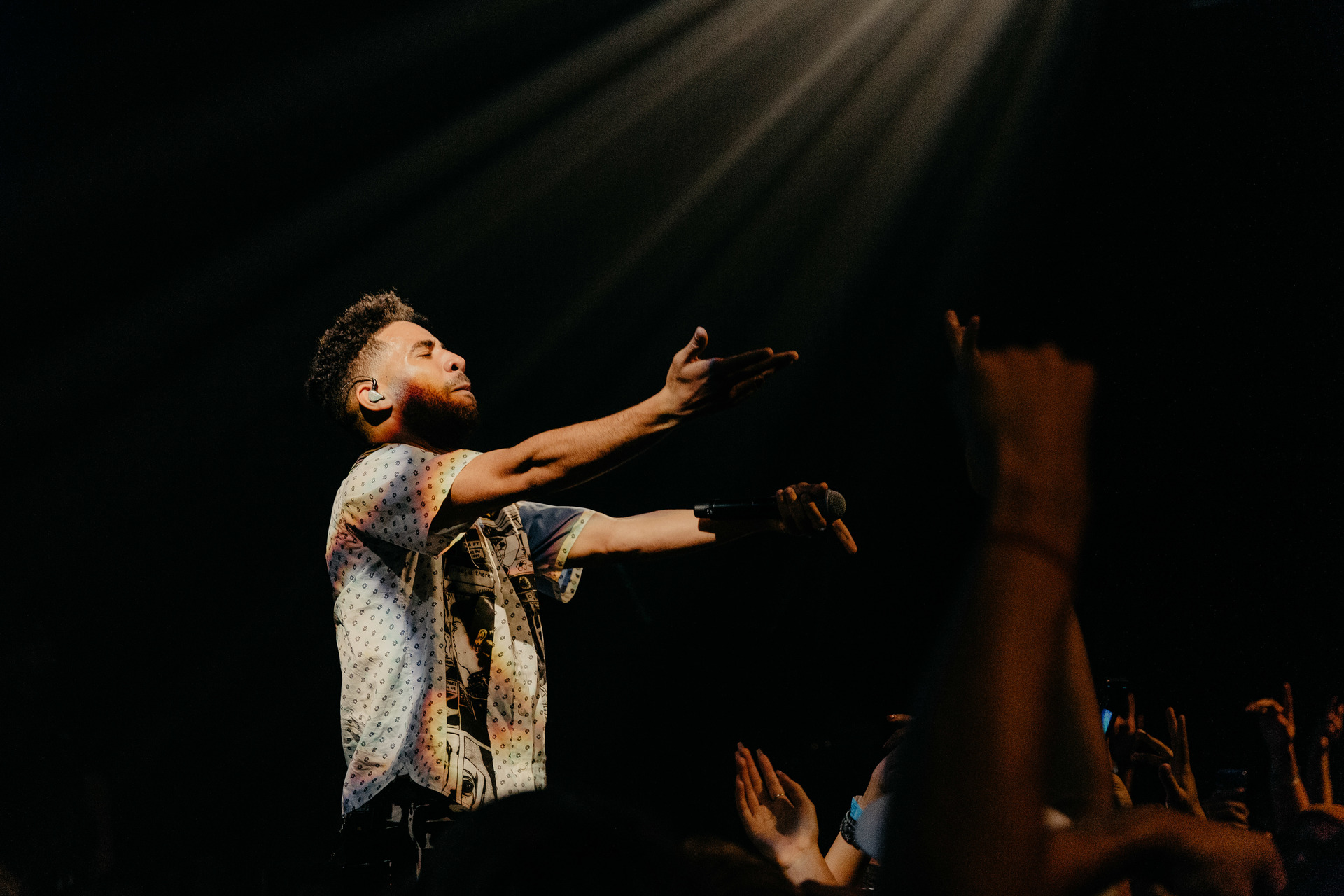 "When I asked niggas for help, yo I got none / When I did this shit myself's when it got done" – fittingly, KYLE opened with his come-up anthem 'Ikuyo'. Because his authenticity is undeniable, it's so easy to take in his energy as turn-up fuel and go wild, which is what happened. While singing his self-affirming manifesto back to him, the crowd expanded to dance.

Every song received a rapturous response punctuated with spirited sing-alongs. As hits such as 'Playinwitme', 'Games' and 'iSPY' entered the atmosphere, the mood grew more intimate. "Everybody in the crowd is really fucking cool...I wanna take this time to tell you that I appreciate each and every one of you", KYLE exclaimed, at one point, before pausing to reflect out loud with a sheen in his eyes: "This is my first show in the continent of Asia". Then, as a image of the recently departed Mac Miller appeared on the screen, the crowd paused for a beat before sending its cheers to the heavens. It was glorious. 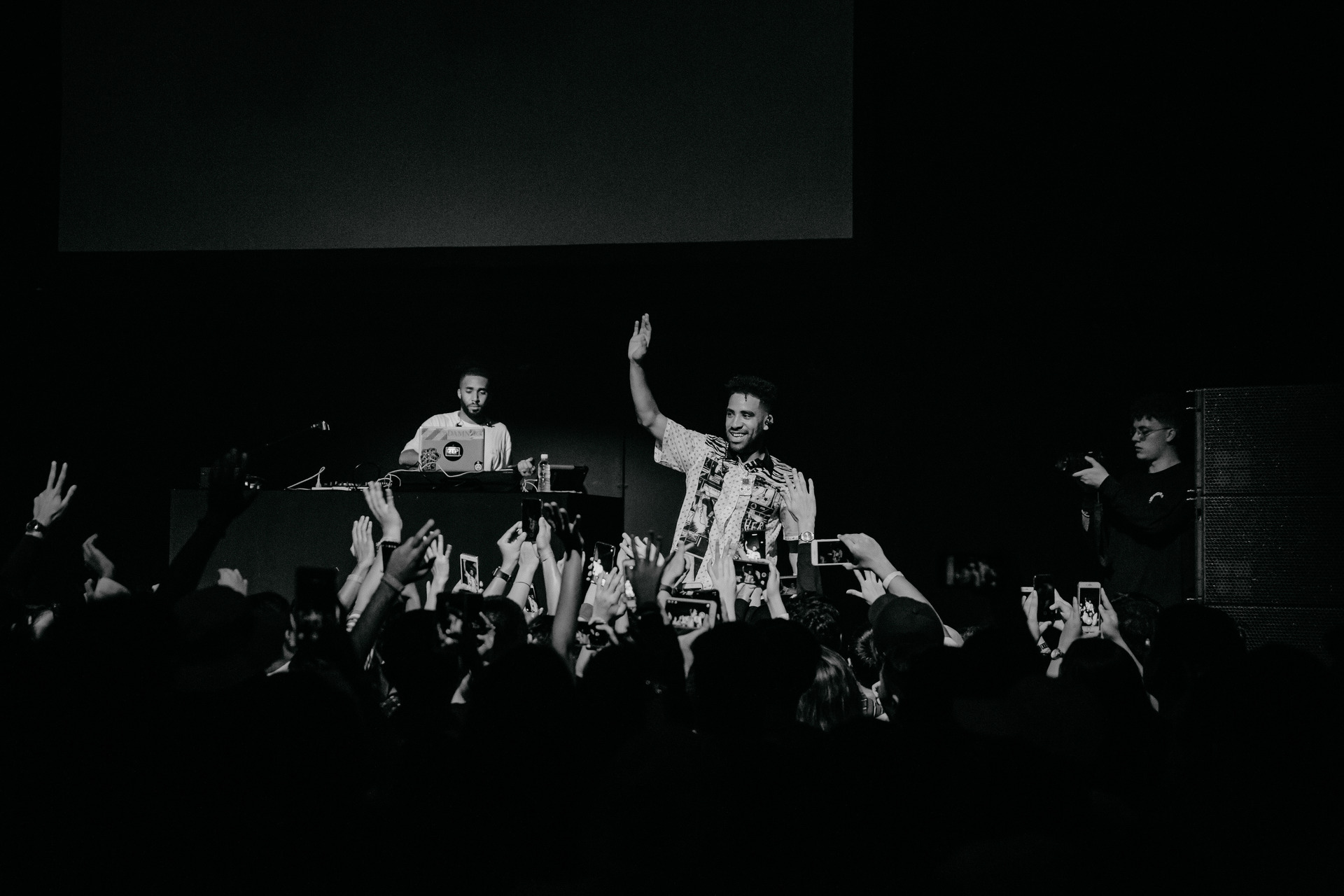 Before he closed the show with 'Hey Julie' and 'Don't Wanna Fall In Love', he treated a crew member to an extended Happy Birthday shoutout whereupon a spontaneous sing-along of 2018's most played song 'SICKO MODE' erupted, which the audience feverishly participated in.