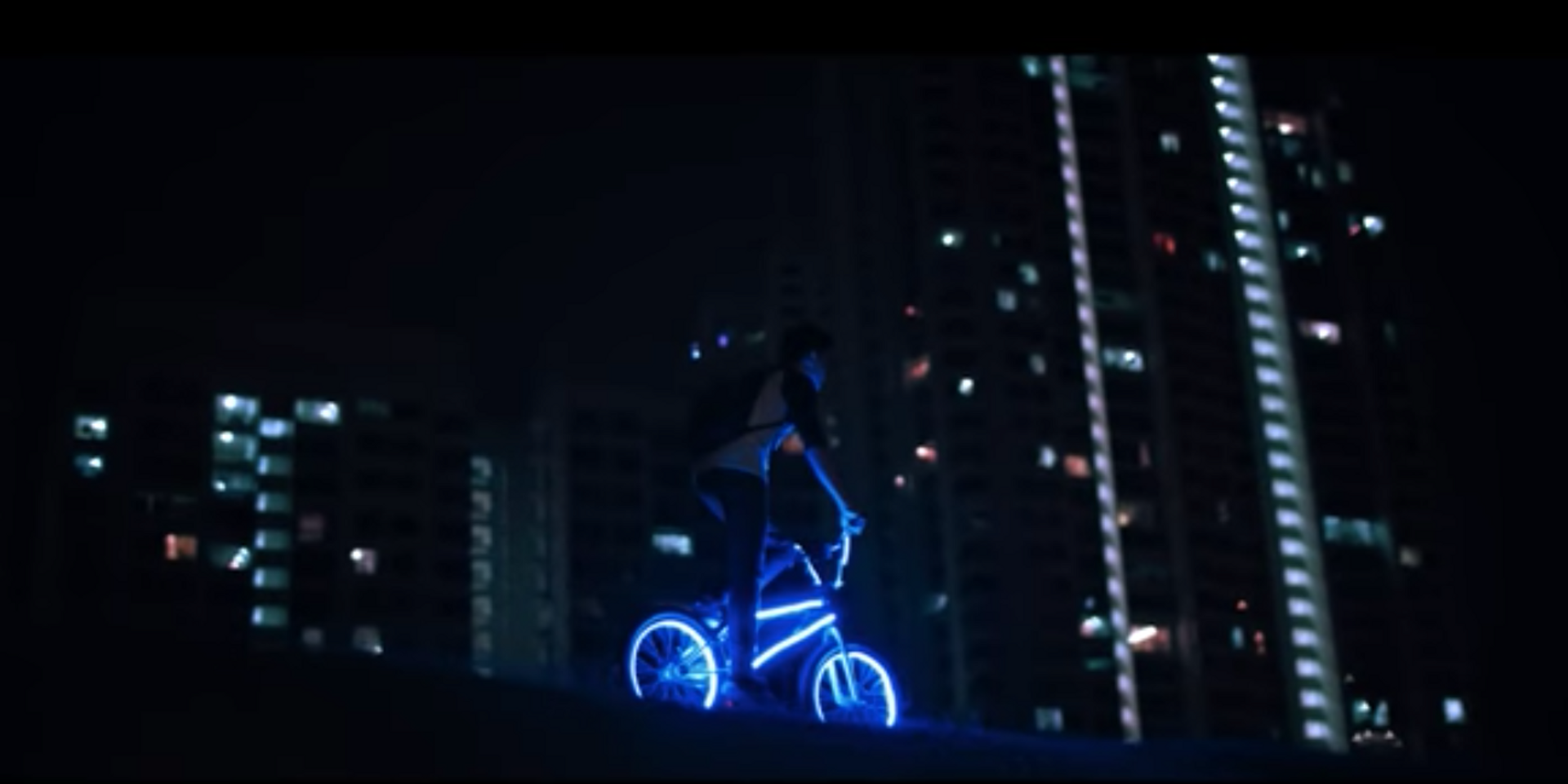 Earlier this month, These Brittle Bones (real name Chris Jones) released the single ‘Healing’. Now, he has released a music video that captures breathtaking scenes of the Singapore skyline, featuring local BMX collective The Circle Project cruising around the city.

The London-based, Singapore-raised musician started making music in his bedroom in Singapore when he was just 13 years old, revealing his creative potential in his early music videos for 'Flecks' and 'Anchor Bleed'. Five years later, he is in London pursuing a university degree and has paid homage to the city he grew up in with the music video for ‘Healing’, which was shot over three nights by Jorik Dozy showcasing some beautiful, unmistakably Singaporean scenes.

After three full nights of intense shooting, we finally wrapped everything up and my mates and I even went into school after no sleep the next day, such was our excitement. I couldn't stop crying the first time I saw the end product. I didn't realise until I saw the video for the first time that the video was actually a homage to the incredible city where I had spent more time than my country-of-birth.

The way it captured Singapore's nocturnal beauty - and talent - blew me away, and the video was even shown at my Sixth Form graduation given that it represented the same experience for all my peers. It's something I will always cherish deeply, and am so excited to release and show everyone what I've been sitting quietly on for some time.

Watch These Brittle Bones' music video for 'Healing' below: