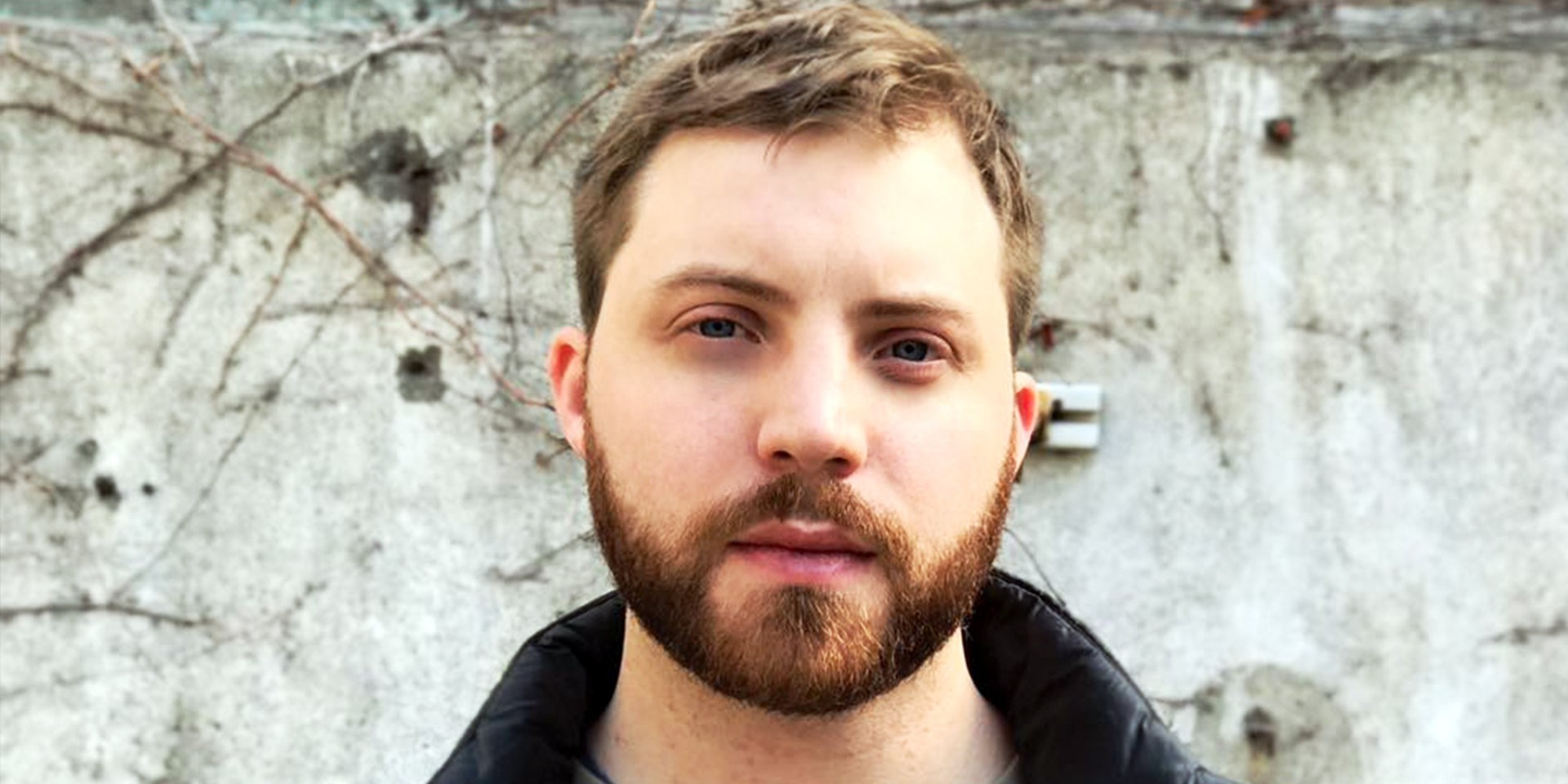 The last time we caught up with thruoutin, the Beijing-based multi-instrumentalist deftly went about capturing the sounds of the Asian underground on his eye-opening, genre-hopping Bandwagon Mix.

Since his visit Singapore last December though, the experimental producer has been hard at work putting the finishing touches on his high-concept and highly ambitious new EP entitled Contingent of Outlying Territory.

"This release is about the exploration to new places, whether physical or within our minds," explains the Seippelabel founder. 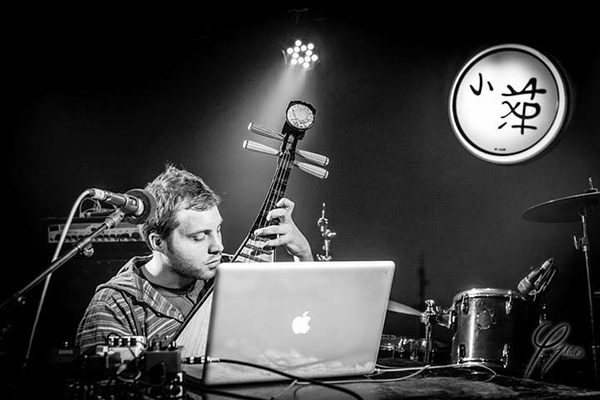 "The tracks were written between January to October, 2016.  At this time I was finding new ways to approach writing songs; from a technical aspect I was limiting myself to a single sound source for the material. After an idea had been established I would expand upon it with another sound source to build on the original foundation."

He continues, "In this same period, on a physical level, I had moved house twice as well as traveled to new cities in between. With each movement I felt better about my surroundings and more comfortable with these journeys to new places. The album’s sounds narrate an expedition into uncharted territory. Each song is a chapter that takes the listener along on this mission."

Unlike most of our other "track-by-track guide" features, we asked thruoutin to describe more than just his creative process and inspirations. We asked the visionary producer to tell us the album's vast and vivid story as well. And trust us, its a tale fit for a novel. 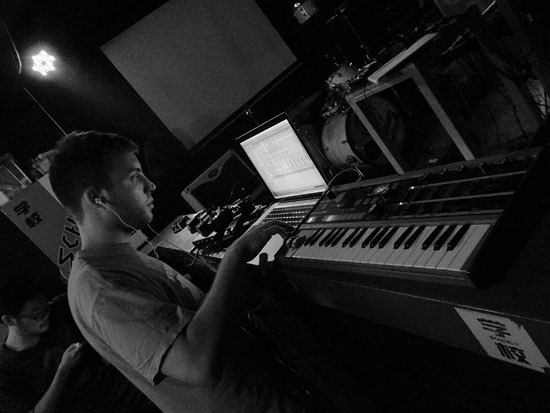 The outlying territory of Bazou Aisaltho was recently obtained through the result of lengthy negotiations between the two sovereign nations of Bacay and West Autineuz.

On the verge internal conflict and with the growing pressure of maintaining its holdings abroad, Bacay saw a lack of necessity in retaining its distant and less profitable territories. The stretches of Bazou Aisaltho were largely uncharted aside from a few documentations provided by Baquian miners of which included rumours of scattered indigenous communities and nothing much in terms of useful minerals.

Meanwhile, the relatively young and expanding country of West Autineuz expressed interest in expanding its borders to the east and therefore initiated formal talks with Bacay in order to obtain the territory. An official pact was made by the two states that allowed for an eventual transfer of Bazou Aisaltho to West Autineuz.

The agreement stipulated that West Autineuz would purchase the land from Bacay and that free trade between the allies would be instituted for 80 years. Within the first year, a continent of eight volunteers was assembled to assess the potential resources of Bazou Aisaltho. A group of scientists, explores, interpreters, and one indentured servant embarked on an expedition through the outlying territory.

'Setting off into the New'

In early spring the contingent set off at nightfall from a small atoll located in the ocean located to the north. By mid-morning they reached the swampy banks of Bazou Aisaltho’s eastern shore. They spend most of the day surveying the bays and inlets to decide on a proper place to make landfall. With the sun setting at their backs they decided to navigate their boats up the mouth of a nearby river and set up camp there on the beach.

This was the first track written off the EP and on account of that aptly fit as the opener.  For this one and the others; the writing side started out on a Korg SX-1.  I was trying to limit myself as far as gear when in the initial writing process.  All tracks began on this machine."

That night a violent storm crossed over them, destroying their post as well as severely damaging their vessels. The tide rose too close for the men and they headed for higher ground. By pulling up smaller rafts and angling them aside large stones they were able to weather the tempest.

Once all of the tracks were shaped loop-wise on the SX-1 I felt like they needed more tweaking.  With ‘First Night’ I started buy recording each sample into my DAW and then arranging them in a linear fashion."

The crew were awoken at dawn by an onslaught of mosquitoes and decided to explore the interior rather than risking getting ill from the insects. Much to their surprise, their equipment and supplies had not been affected by the storm. They gathered what was still usable, repaired their rafts and dragged them through the meadows that lay ahead.

‘Morning Renewal’ saw the addition of field recordings taken from trips around Southeast Asia and China.  I began to implement more natural sounds and percussion to each track to counter balance the electronics."

As they progressed inward they encountered never before seen flora and fauna. Small vines with purple flowers overlaying the soil and various species of birds both large and small soared overhead. Their wanderings brought them in and out of patches of light forest which opened up into grasslands. They were met with a series of creeks that the explorers assumed were those mentioned in the journals of the Baquian miners. No evidence of native tribes had been found yet. The first weeks on the interior were plentiful with food, but carrying the rafts was to become increasingly more wearing for the men.

Once I had all the beats, synths and bass sitting where I wanted them I started to add physical instruments like drums and pipa (Chinese lute).  I had just recently recorded with a band called Social Boar and swapped out much of the drums sounds out with recordings from an actual drum set."

Water sources were becoming less and less abundant on the plains and temperatures could be unbearable around mid-day. On the fifth week they came across a vast system of caverns. Three of the scientists decided to descend into bottom and see what lay inside. At the base they discovered enormous columns and an intricate collection of tunnels. They agreed to disassemble the rafts and the group continued on through the caverns. The cracks in the limestone ceilings allowed enough light and the occasional breeze to carry on without the use of any torches or frequent breaks.

With ‘The Middle Caverns’ I chopped up sounds from a recording of my bicycle going through Beijing traffic. I also threw in some hip-hop acapellas for nostalgia and good measure." 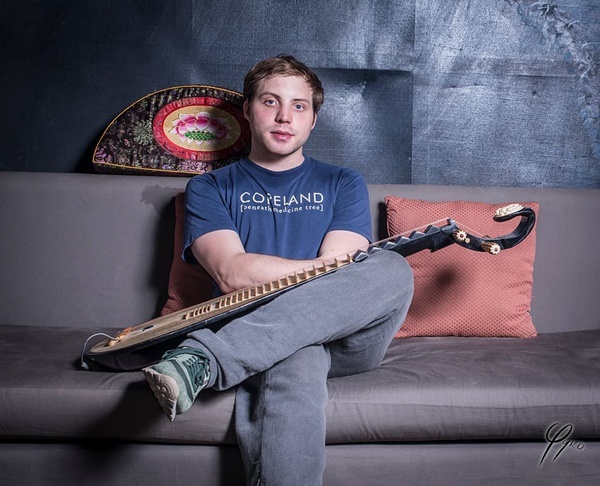 'Luminous Crystals at the Hot Springs'

Moving deeper into the subterranean levels of the caves they became concealed under darkness and met with bone-chilling cold. With the use of kerosene lamps they persisted ahead and were amazed by the spectacular reflections of crystals dotting the walls. They prepared their food and kept warm overnight by hot springs. There was no real perception of day or night, but when exhausted they rested and picked up again after a short while. They followed the flow of small streams until sunlight and welcomed the warmth that came their way.

I had just came into a Casio CZ-1000 that I got of a friend and wanted to use it on something so I decided to sample it on this track.  I also co-designed a modified pipa dubbed the “Mengqipa” with my friend Mengqi.  I used at the beginning of this track.  It’s basically an acoustic string instrument, but with metal strings and circuits you can connect with your hands to produce really noisy stuff."

'Emerging upon the Dune Valley’s Edge'

Exiting the caverns a massive range of sand dunes stood in their way. They would have to traverse them or return back through the caverns.

The crew decided to wait a few days and gather enough supplies to make their next move, marking the longest amount of time the contingent had stayed in one sedentary place since setting off months ago. Two interpreters and the servant watched over the camp while the others collected provisions. While away the remaining men received a visit from members of the Crautiak tribe.

The natives were given dried vegetables by the men and the tribe later returned with pheasants along with additional tribesmen. They awaited the return of the other men and through a mixture of body language and drawing in the dirt they attempted to explain their travels. The Crautiak agreed to sell them several pack animals aptly named crau-crau to assist them in crossing the valley.

The shortest of all the tracks, ‘Emerging upon the Dune Valley’s Edge’, was intended to bridge the listener to the end of EP.  It’s intentionally less unified in structure from the others as it changes through the samples. There’s a meeting of hip hop samples, calypso steel drum, guzheng and an sweeping sub bass."

'Arriving at the Sea'

After a grueling week and a half though the waterless dunes they began running drastically low on supplies. One of the crau-crau was eaten and would provide enough sustenance for a few more days. To the team’s pleasure they found a wide enough river to reassemble the rafts and make their way down. They eventually came upon a pink sand beach and the river opened to a gigantic body of water. The men rested at the ocean’s lapping shore. They had made it to the other side Bazou Aisaltho. It was now time to return back and report their findings.

On ‘Arriving at the Sea’ I wanted to add an element which would imitate the ocean without actually using the sound of the sea.  Often on early morning walks home through the alleys of Beijing I would pass power generators.  I started to notice they had their own unique tone and all gave off different frequencies.  I utilised recordings of them as a means to shape the song into what it is on the EP."