Information on tickets for Céline Dion's highly anticipated Singapore concerts in July has been released – and they're going to cost you a pretty penny.

Dion will perform two nights at Marina Bay Sands on 3 and 4 July. These will be her first ever concerts in Singapore. Tickets start at $150 and go all the way up to $1,200 for VVIP. See the ticket categories below (in order of price, from lowest to highest):

Tickets will go on sale to the general public in two weeks' time. Members of Dion's official fan club TeamCeline will have access to an advance pre-sale on 10 and 11 May.

The $1,200 price tag on VVIP – which includes exclusive merchandise and an invite to a pre-concert reception (which does not include a meet-and-greet) – makes it the second most expensive category of concert ticket ever sold in Singapore, second only to Madonna’s VIP tickets in 2016 which cost $1,288, Yahoo News Singapore reported.

On this Asian tour, Dion will return to cities she hasn't visited in over a decade, like Tokyo and Macau, and perform in cities she's never been to before, including Singapore, Jakarta, Taipei, Manila and Bangkok. The tour is produced by AEG Live, who most recently brought Katy Perry to Singapore. 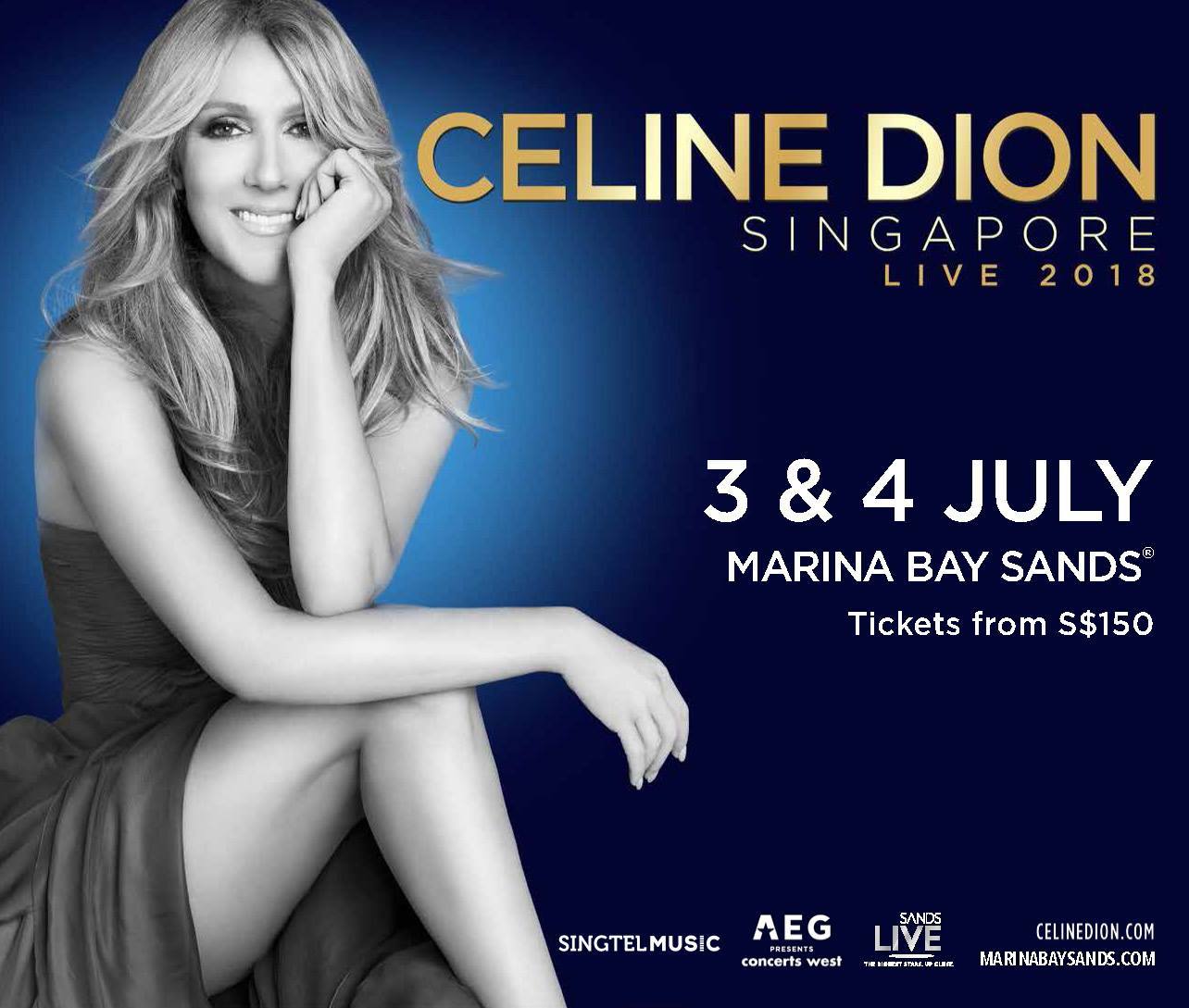