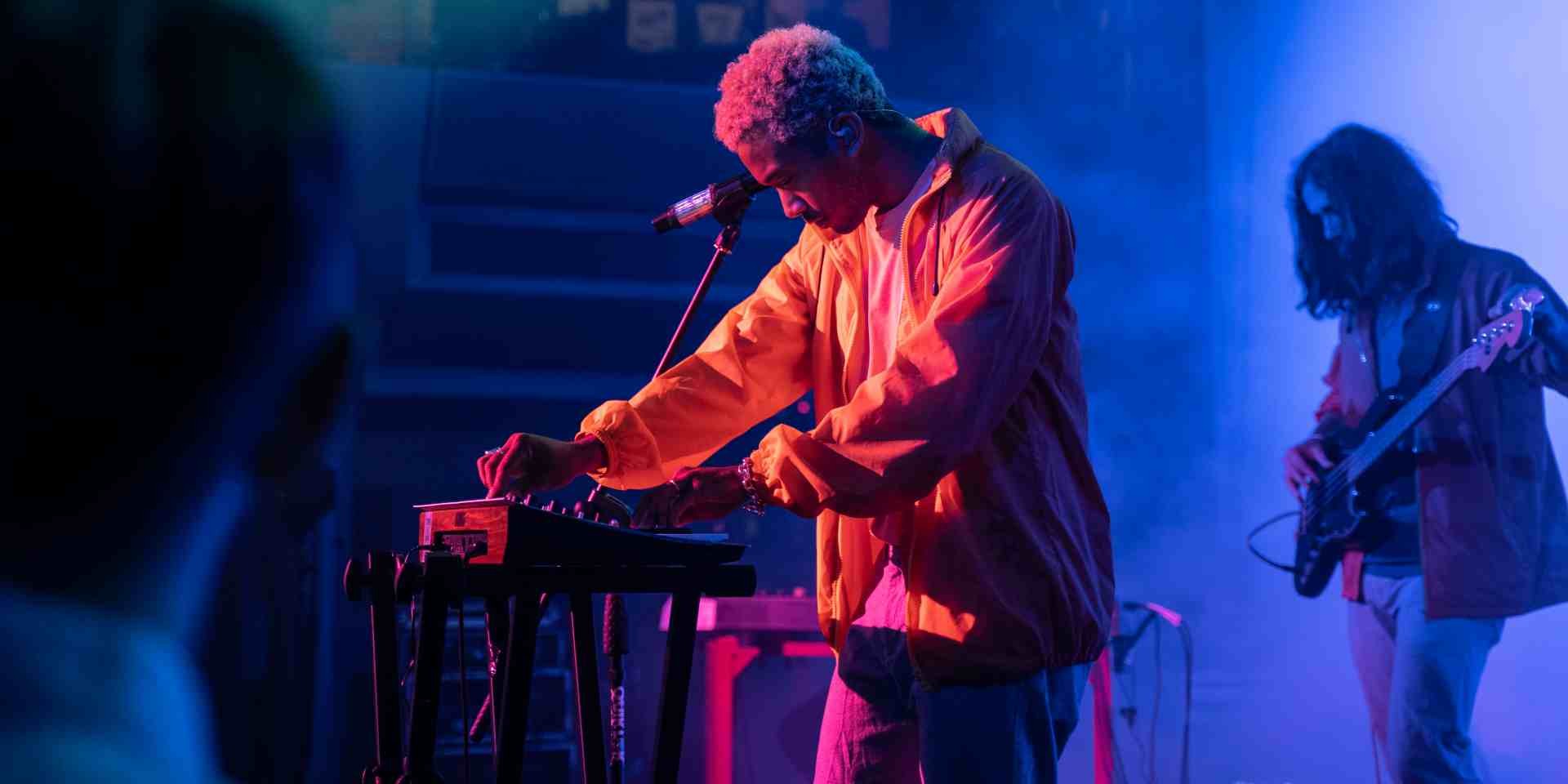 “I like being in the know of everything – being aware of all the processes and steps it takes to get to the finished product”, Chaz Bundick aka Toro y Moi told Rolling Stone in 2012.

He was referring to his meticulous attention to detail in seeing an album through to completion, including the artwork. But this attitude, the totalising and self-defining need to control every element that bears his name, is, firstly, true of all impassioned world-builders and, secondly, applicable to how he handles his live shows. Last Thursday, on the first day of the eighth month of 2019, Bundick and his three-piece band threw a midweek dance party at The Pavilion @ Far East Square, that suffused the full-house in spectral, colouristic good vibes with music that was nostalgic at its emotional core but propulsive and forward-looking in its outlook. 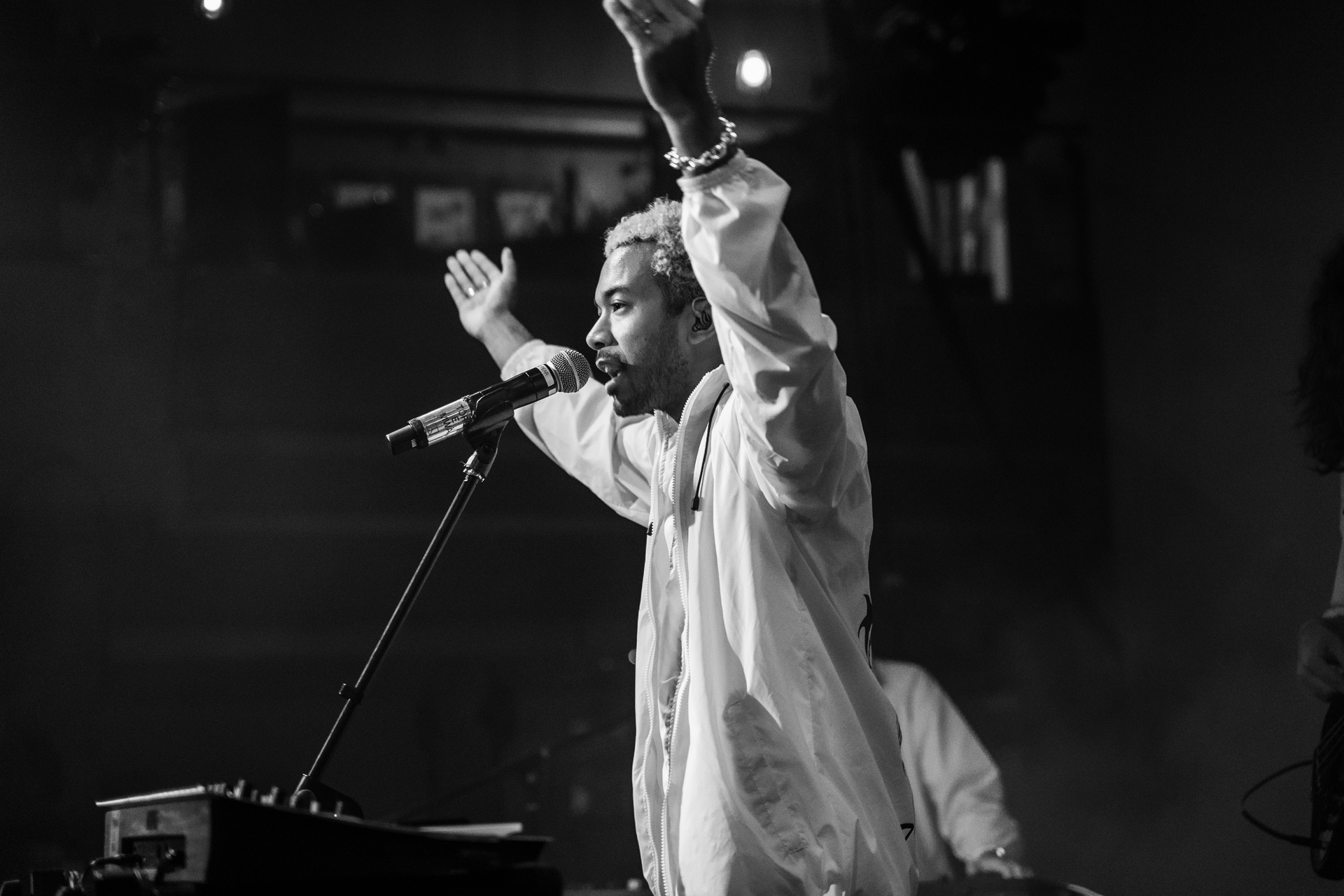 Bundick’s arrival in Singapore at this moment in time was crucial. In January, this year, he released Outer Peace, his excellent sixth album and also one of the year’s best. The 10-song thrall testified to how much further ashore Bundick had pushed from the musical dirty word that is chillwave and to his current place in the pantheon of indie-minded stars, people like Blood Orange and Tyler, the Creator, who are inflection points in the culture, ushering their respective visions of the DIY ethos into the mainstream by leading by example. 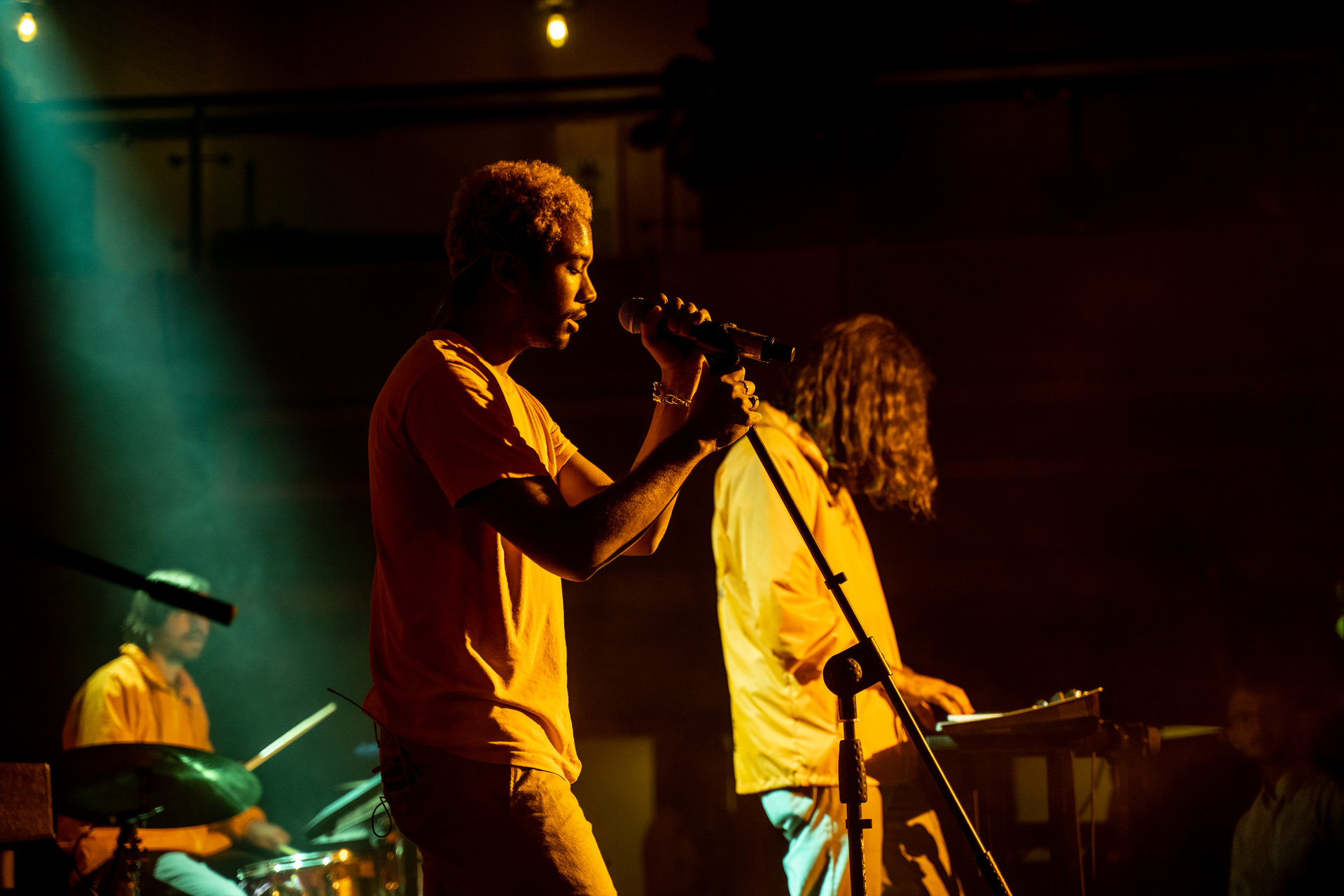 That night, he unfurled an 18-song testimony of just what he brings to the table.

“I just want everybody to have a good time / I really do” – those are the first words of ‘Mirage’, off his 2017 album Boo Boo and it was the night’s opening salvo. But it wasn’t just the almighty grooves that underlined the importance he places on a singular aesthetic: When he and the band emerged onstage to emphatic applause, we could all see that they were wearing matching fluorescent orange tour merch. Evidently, being suffused in colour is important to Bundick as, instead of strobing white light, blocks of colour-filtered light flashed across the backdrop of the stage in succession as the songs were played.

Though the Toro y Moi endeavour is a decade-plus old, now, it’s also utterly contemporary. Since his debut single ‘Blessa’ entered the ether, Bundick has carved a lane splitting the the difference between indie pop and dance music of a house-y shade. R&B has been the fertile conceptual soil on which this dialectic occurs. Live, this translates into a groove-forward party with remarkably soulful essence. 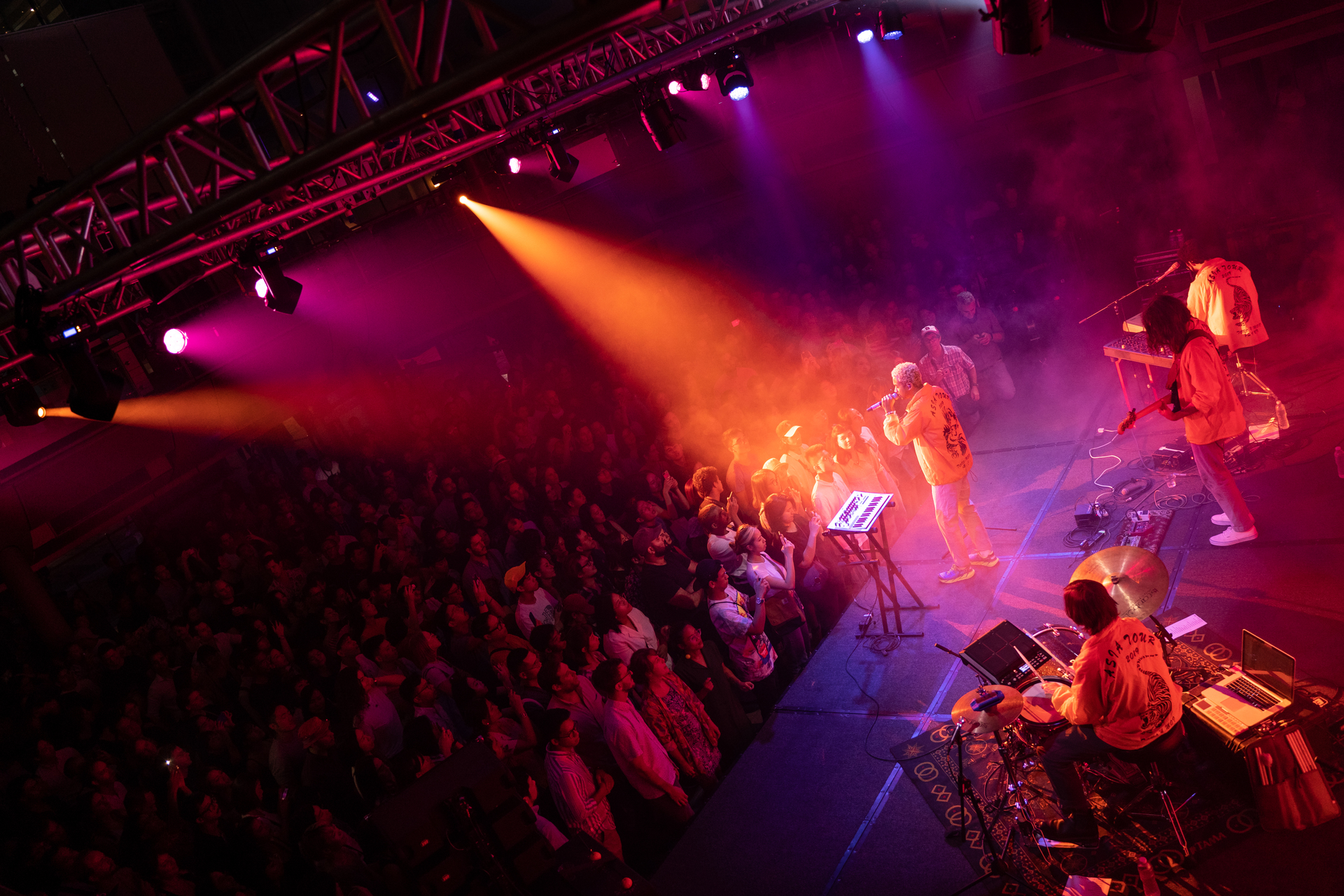 Throughout the set and especially on more kinetic pieces such as the resplendently funked-out ‘Ordinary Pleasure’, the morose-but-driving ‘Labyrinth’ and the funk-and-bossa nova-collapsing ‘New Beat’, the band inspired a collective bounce from the crowd that never devolved into the raging of zero-subtlety EDM. The Toro y Moi take on “dance music” has always been inflected via a distinct laid-back glaze of sounds. How he animated that too-chill philosophy and rendered it good time/party-ready was incredible to behold.

It was music to dance to, music to drink to, music to chill to – music to celebrate to. As the songs being transmitted to and at us existed in a sweet spot of moods and sounds, so did we exist in a continuum of bliss, where the going was funky and sublime. 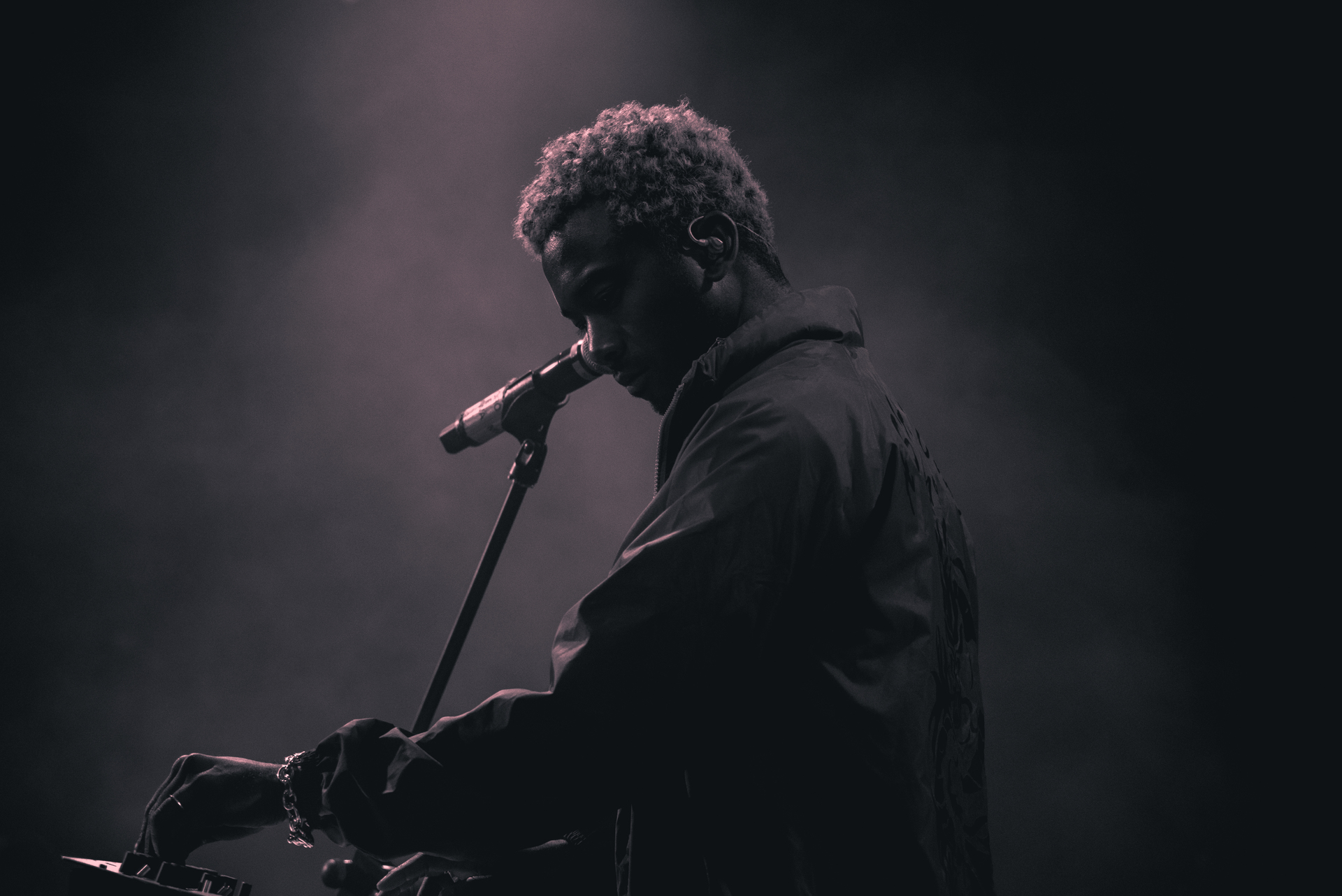 As the final strains of ‘Freelance’ floated into the ether, the well-sated crowd doubled down on its applause for Bundick and his band. He had given us a masterpiece of dance-forward lusciousness – and, at least, for a little while, made the world a brighter place. Which is something the world needs a lot of, these days.