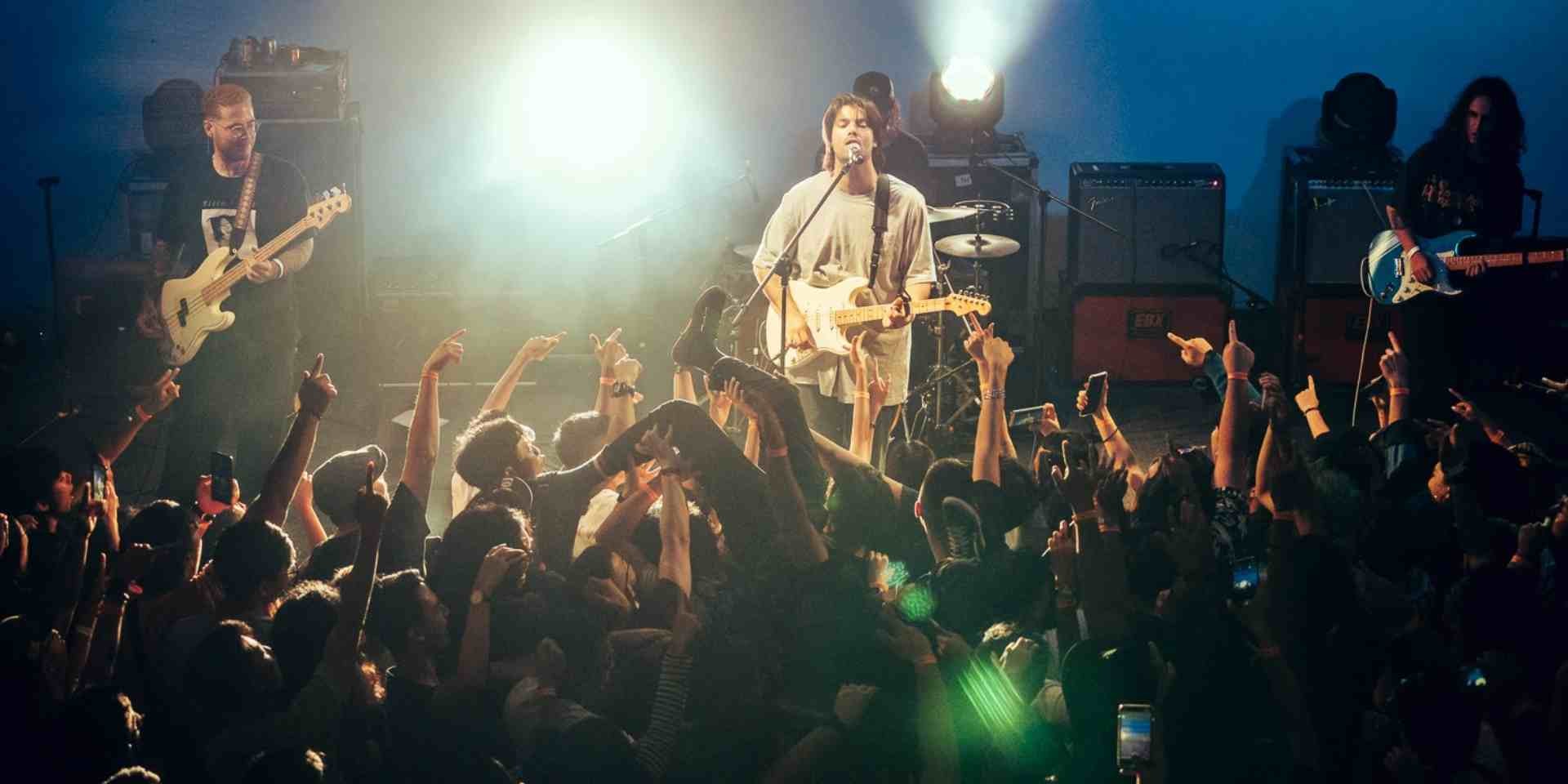 Two years after its sold-out showing in Singapore, the Virginia trio of Turnover returned to a full house in May this year, supported by homegrown emo quartet Terrible People. This time, the brothers Austin and Casey Getz and touring musicians Anthony Miralles and Nick Rayfield played at The Pavilion @ Far East Square at a show entirely presented by Bandwagon's events arm, Bandwagon Live.

Unfurling the spectral splendour of its music, including its 2017 album Good Nature, which released only after its first show here, Turnover was spellbinding. Summoning gorgeous melodies and propulsive grooves, the band balanced sky-parting ethereality and red-blooded urgency with poise and power. 'Cutting My Fingers Off', 'Dizzy on the Comedown' and 'New Scream' formed the trinity of favourites the band performed for its grateful flock.

To immortalise that night, we've captured the latter two songs on video.

Watch the clips below.