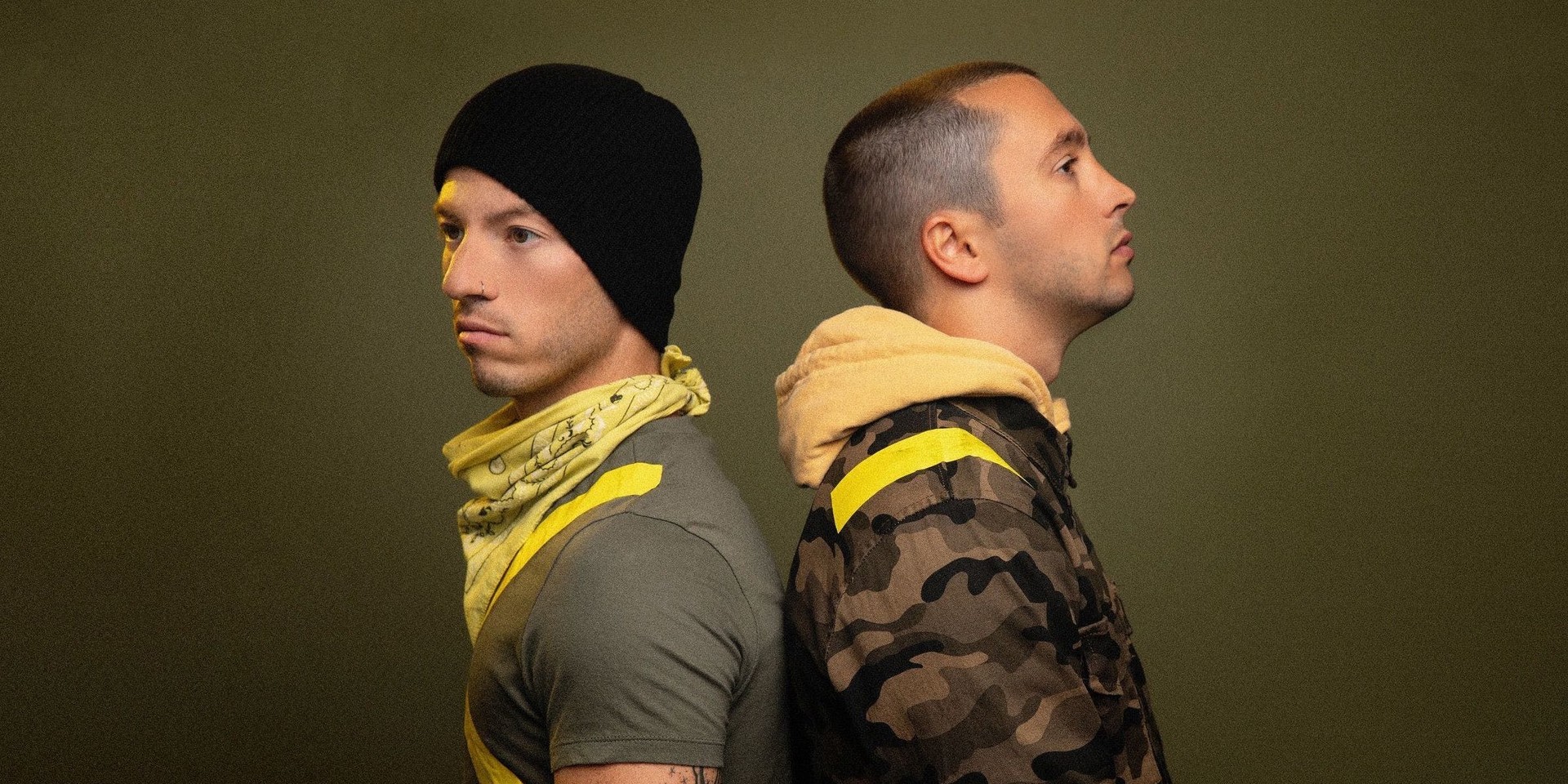 Twenty One Pilots has released a brand new music video for ‘The Hype’, the sixth single from the band’s latest album, Trench.

Directed by frequent collaborator Andrew Donoho and Reel Bear Media, the music video was mostly set in or around a house. The video is essentially a representation of the band’s journey to success and the perils that come with it.

From playing in a basement to a small group of people, the video transitioned into a garage where Tyler Joseph and Josh Dun played to a moderate crowd. Subsequently, Twenty One Pilots was playing a rooftop show to a packed street, when Tyler fell through the ceiling, landing back where they stated – in the basement.

Check out Twenty One Pilots’ music video for ‘The Hype’ below.