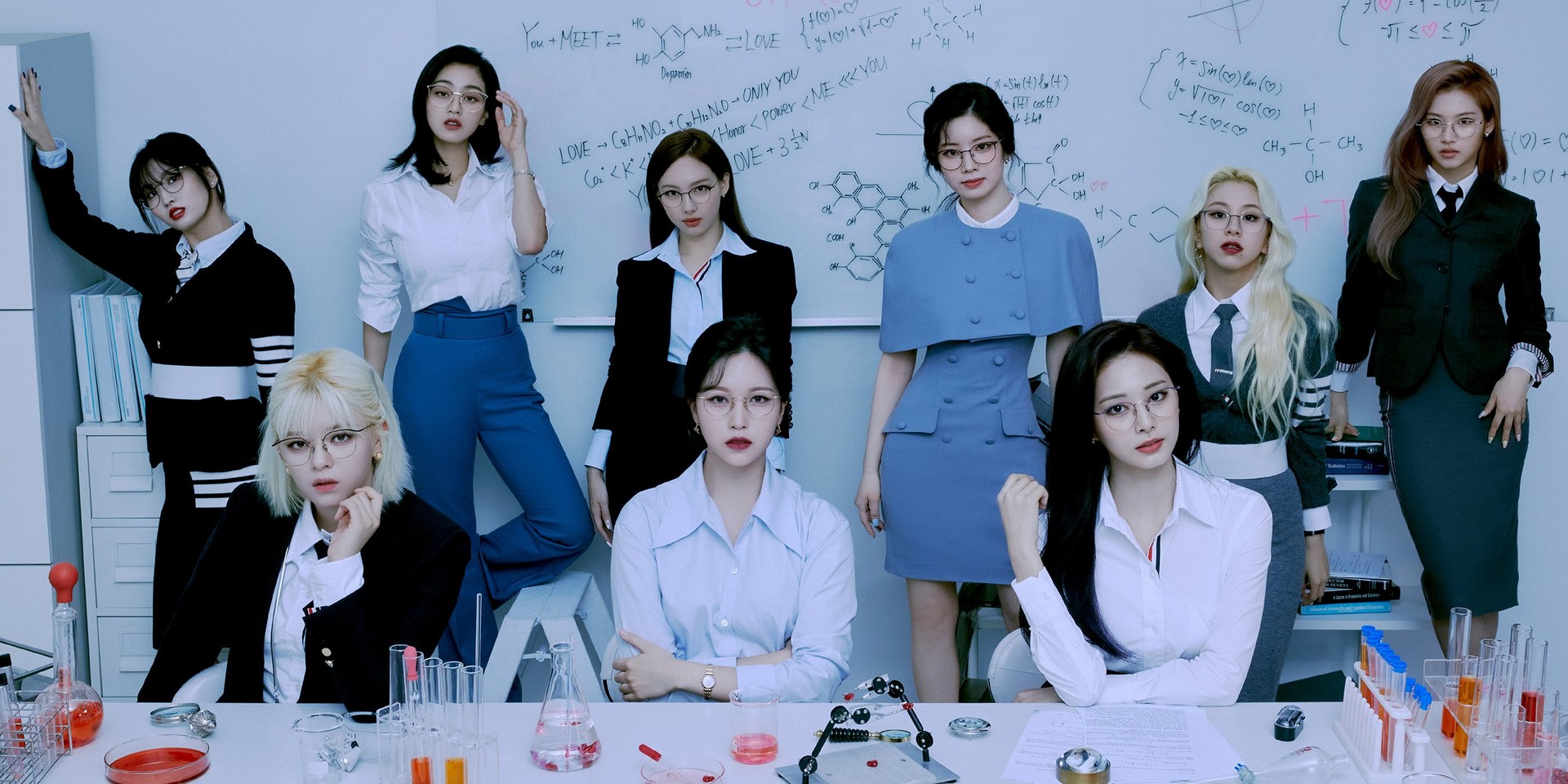 TWICE have found the Formula of Love!

Living out their inner 'SCIENTIST', the girl group have uncovered the secret to love (spoiler alert: it's their fans) in their new full-length album, Formula of Love: O+T=<3. Released today (12 November), the record comes as the highly anticipated follow up to 2020's Eyes Wide Open and 2017's Twicetagram.

The album features 17 tracks, including their title track 'SCIENTIST' and a remix by R3HAB. Formula of Love also includes TWICE's all-English single 'The Feels' and its Korean version, as well as tracks co-composed and co-written by members Jihyo and Dahyun – 'Cruel', 'Real You', 'F.I.L.A', and 'Cactus'.

2021 has been a busy year for the well-loved girl group, having released their summer-themed EP Taste of Love and their newest Japanese album Perfect World. TWICE still have an array of projects slated for the rest of the year, including a Japanese Christmas-themed single titled 'Doughnut' that's slated for release this 15 December.