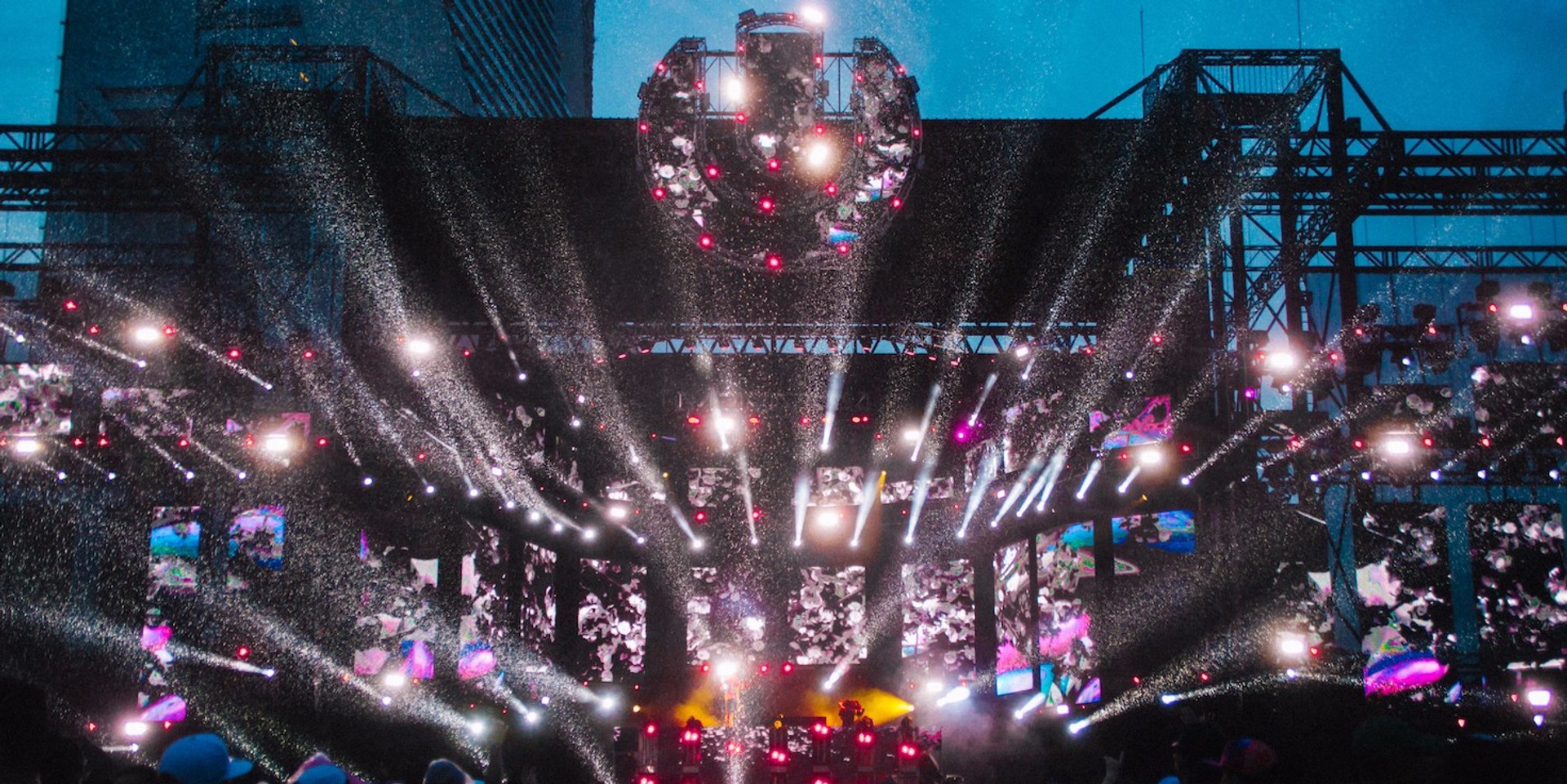 Ultra Music Festival (UMF) 2017 was everything that it showed itself to be, judging from what we saw a day before the festivities began on Bayfront Avenue. As crowds filtered into the grounds on Saturday, it was clear that organizers had their finger on the Ultranaut pulse after all.

Many festivalgoers left satisfied despite the heavy rain on the first day, which made festival grounds muddy and drenched anyone and everyone who didn’t own a poncho.

Yet, it seemed to be a common consensus that it was largely the unknown names that delivered energetic, heart-stopping shows that entertained audiences the most.

First-year college student Shernice Soh, a regular EDM festivalgoer, felt that "underrated acts really outdid themselves and exceeded expectations." Part-time sound engineer Zachary Yeow, whose first dalliance with the Ultra brand originated from attending their Road to Ultra party in 2015 — an intimate affair in comparison — was struck by the return of Nicky Romero on a bigger stage.

Crowds have general reactions to every artist, and to capture those responses we felt it was best to categorize the artists of the festival into three categories: the surprising showstoppers (the performers who defied expectation), the heartbreaking heavyweights (the big names who failed to deliver this time around), and those who simply lived up to the hype. 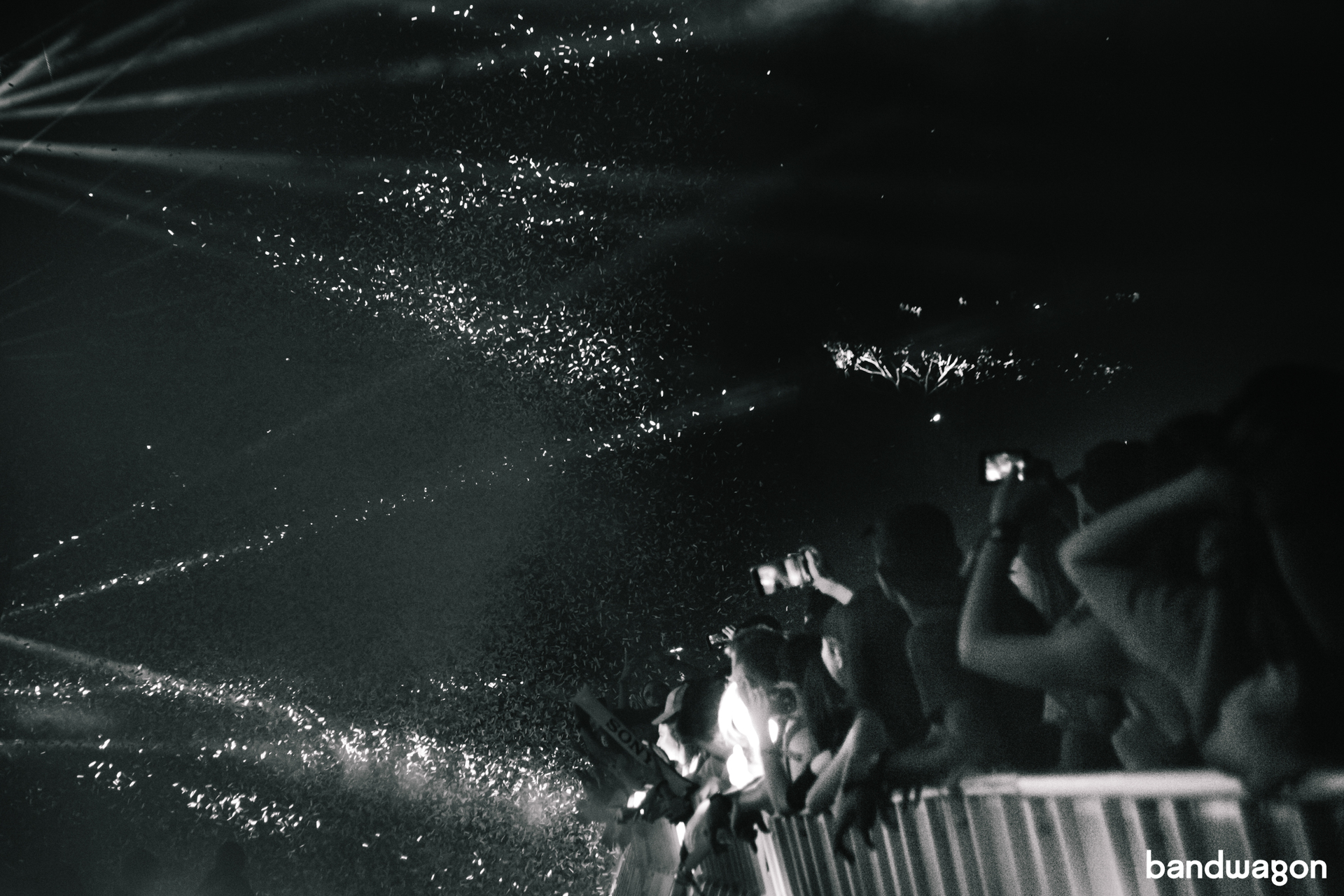 The 22-year-old self-taught extraordinaire, real name Manfred Lim, delivered a surprisingly energetic set, despite being beset on all sides by the heavy rain that drenched concert goers around the time of his set on Day 1.

To make matters worse, stage speakers short-circuited midway through his set thanks to the rain. Unfazed by the host of challenges, he kept his energy up and his smile going, constantly thanking the crowd for partying in the rain with him. He continued to deliver a blistering set which was laced with his signature trap influence.

Given his affinity for the "reassurance of female vocals" (as he once told us), it was no surprise that he invited special guests Sam Rui and Jasmine Sokko to sing on trap remixes of their originals which he incorporated into his set. 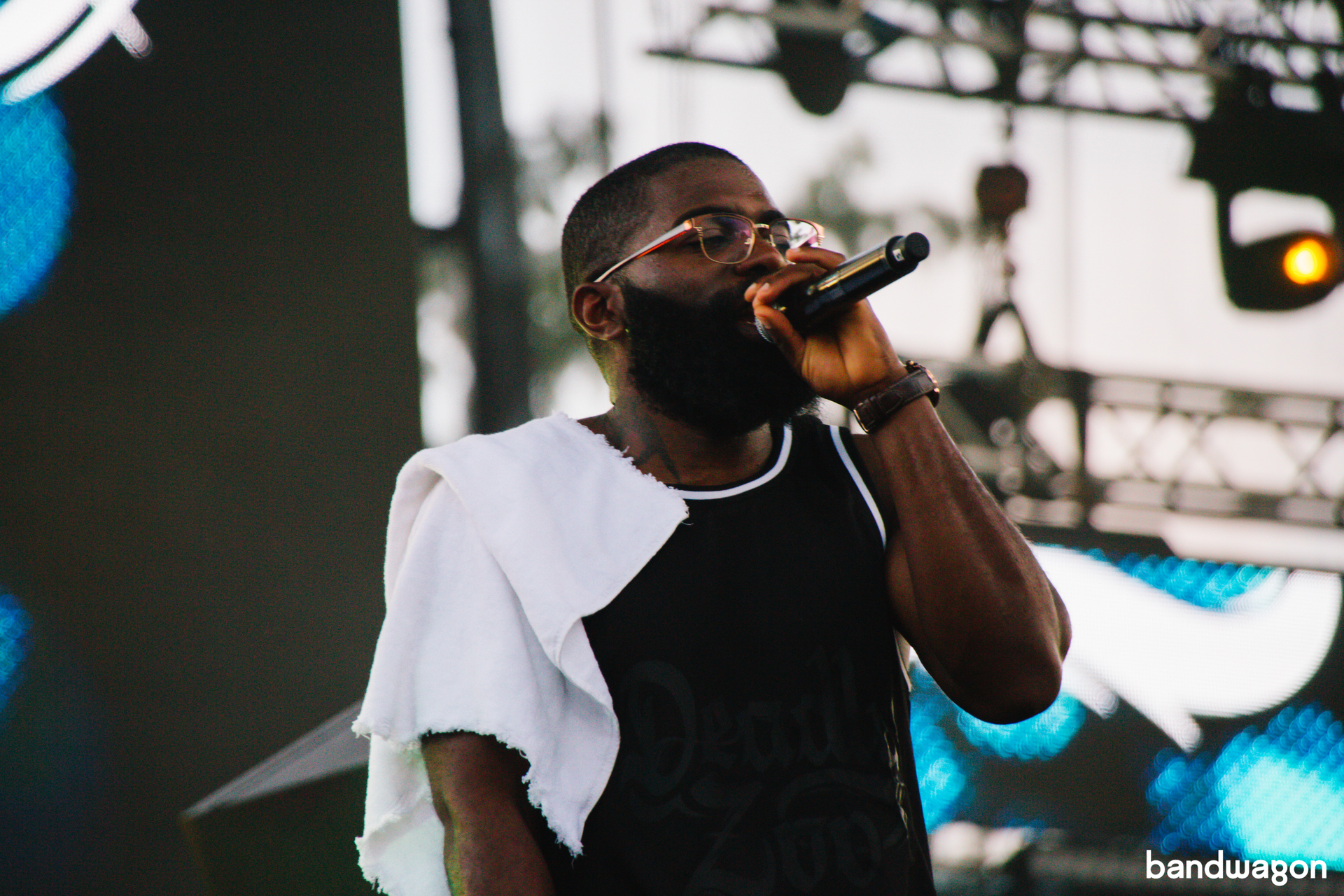 Not much is known about producer Sidney Samson, except for the fact that his collaborations with DJs like Onderkoffer and the Far East Movement have known to dominate trap or hardstyle DJ sets. Jungle, trap and dancehall took centre stage at the Live stage as the Sidney Samson and the Deadly Zoo presented an energy filled set full of perfectly coordinated dance moves and rap that brought us to their well-worn roots. It was received extremely well by the small army of party-goers who were gathered. 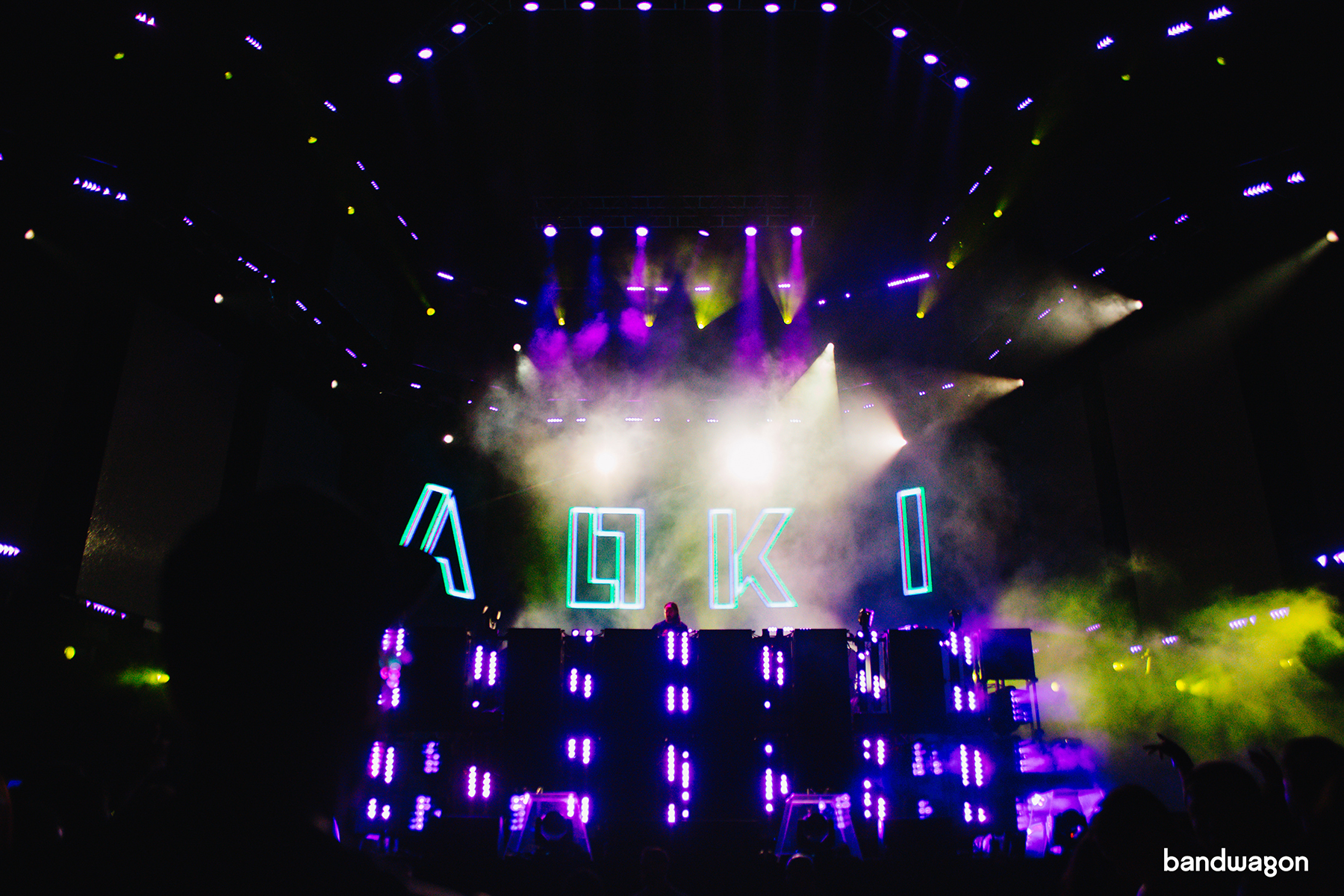 The jaw-droppingly profitable DJ is known for his energetic and entertaining live sets, as much as he's infamous for his onstage antics. But he didn’t disappoint this Ultra, as he brought his cake-flinging hardstyle signature show to the international audience gathered at the main stage as the sun set over Singapore on Saturday.

With compelling visuals that entertained almost as much as his music, the DJ constantly kept the crowd engaged with appeals to "help (him) with this next one" and by adding the crowd to his Snapchat and Instagram stories. At one point, he even filmed the crowd for his upcoming music video, 'How Else Am I Gon’ Get It', which he's been filming at multiple stages and festivals all over the world.

Living up to the hype 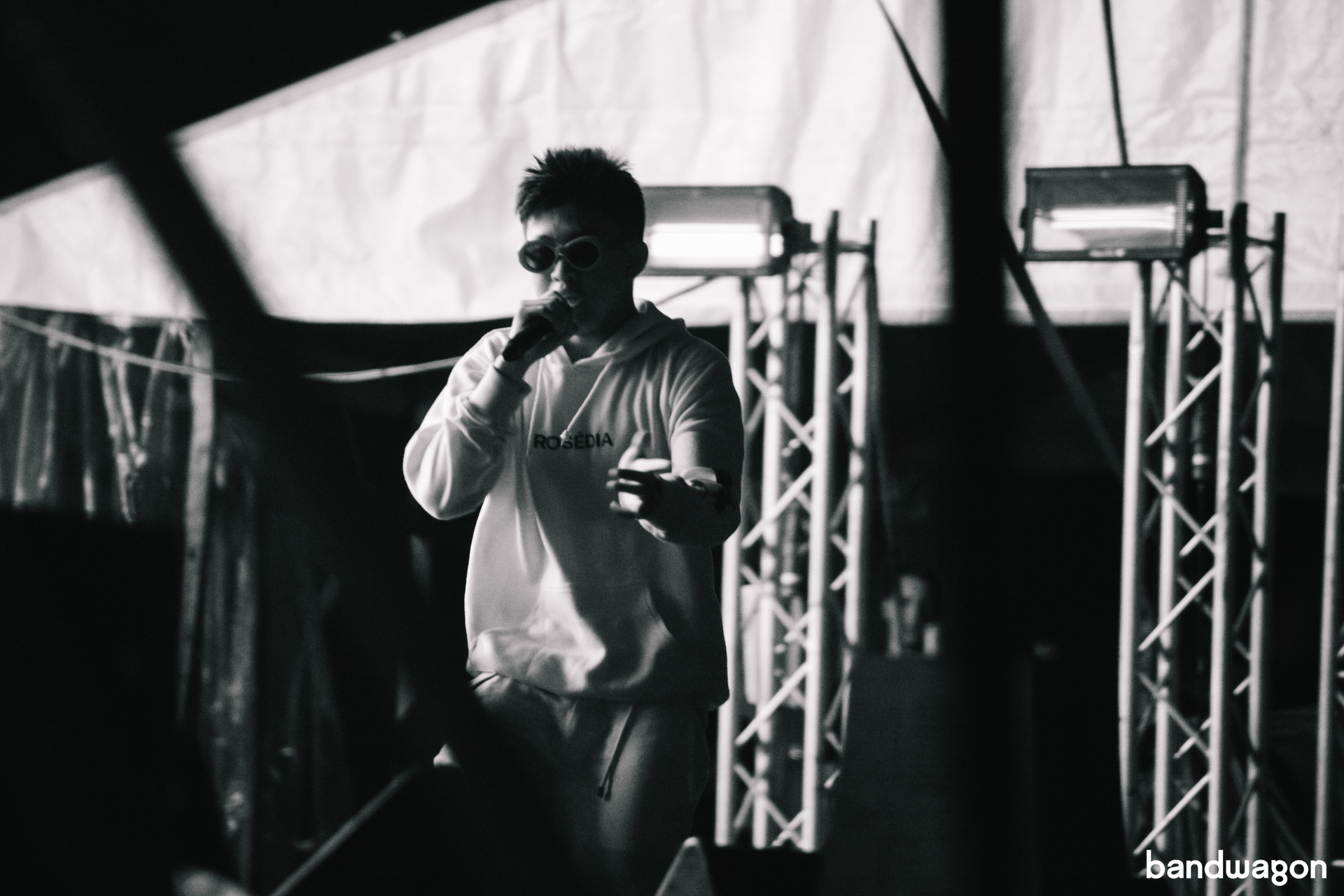 The 17-year old rapper is emblematic of Ultra's diversified approach, and his addition to their roster generated unparalleled hype as the 'Dat $tick' rap star has been bestowed upon international fame for his rapping chops and refreshing sense of humour.

The Indonesian teen not only delighted crowds with some of his most recent and recognizable songs – like 'Bank Roll' and 'Gospel' – but also played 'Dat $tick' twice, saying that he had to "play it twice because once ain’t enough." He also previewed a song from his upcoming full-length release. Aside from the fact that his set was one of the shortest (at about 30 minutes), the crowd was massively entertained by his antics and visuals on stage, which at one point included his YouTube tutorial on how to microwave bread. 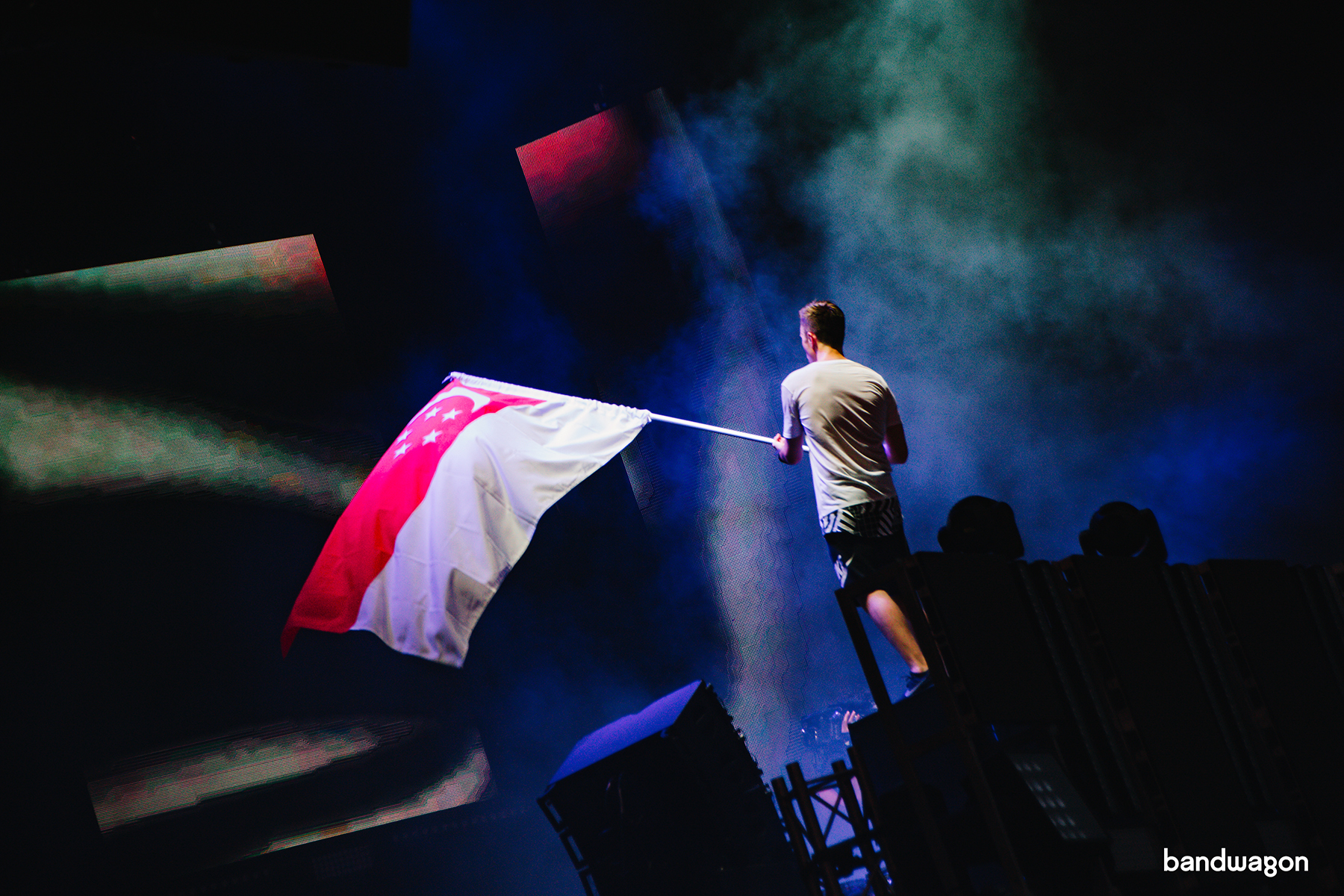 Nicky Romero is a household name in the world of EDM music, and the producer cemented his position in the hearts of Ultranauts as he delivered a crowd-pleasing set.

The young and energetic producer delivered a show that just seemed to radiate energy to everyone gathered at the main stage, even unleashing surprising remixes of songs by Linkin Park and Bon Jovi (hardstyle remix of 'Livin' On A Prayer', anyone?). Audiences cheered raucously as they were kept on edge waiting for Romero to play his signature single 'Lighthouse', which rounded up the night the only way he knew how — with voracious pop energy. 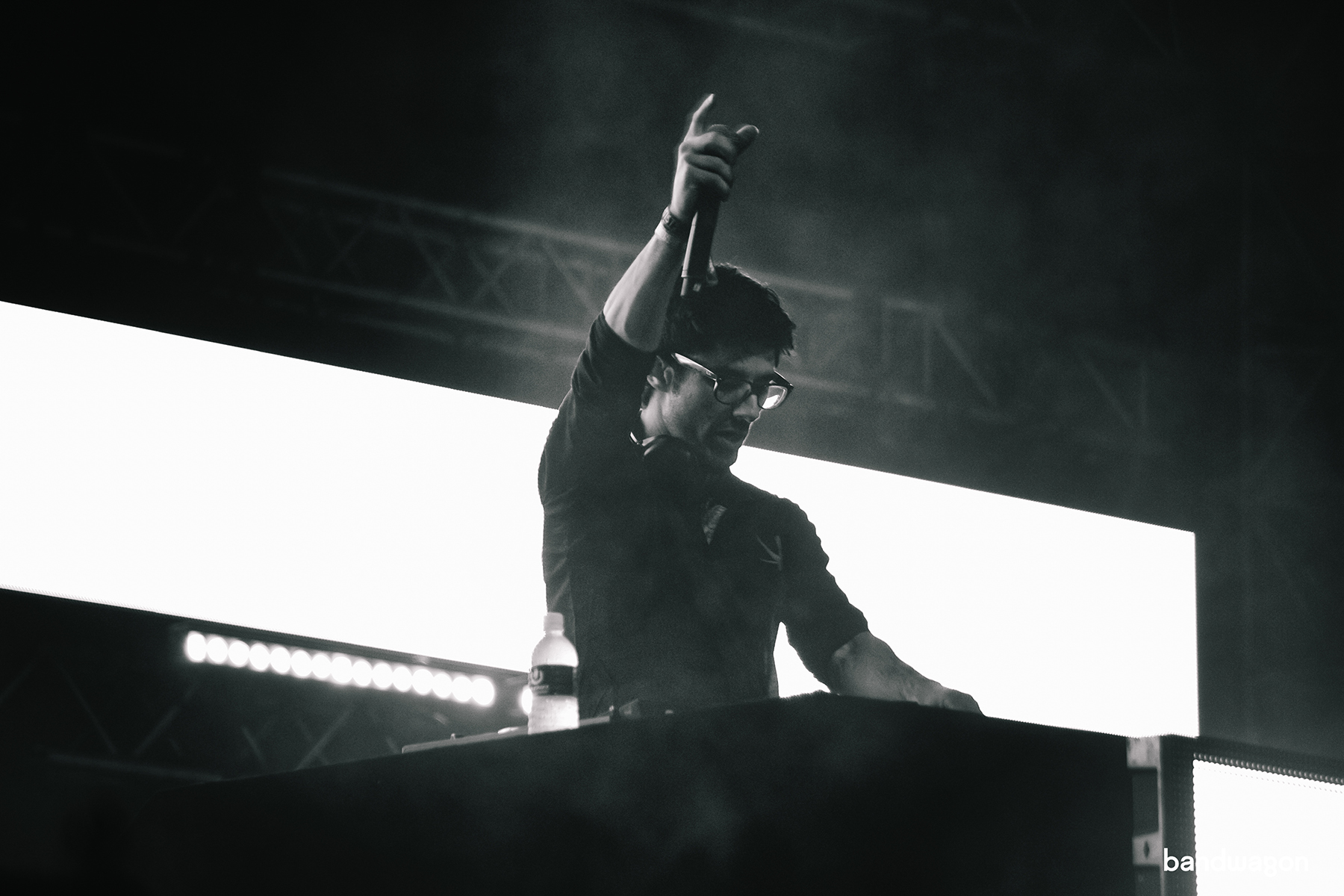 It was definitely surprising that the EDM heavy KSHMR took to the live stage at Ultra – something that made audiences wonder what live element he was bringing to his act.

Drawing one of the largest crowds the live stage had all weekend, the American producer’s music is famously known to be laced with Indian and Middle Eastern influences, the man himself being the son of an Indian immigrant. He kept true to his influences as many of his visuals were replete with Indian and middle eastern imagery. The eureka moment was when he brought out an orchestral troupe with strings, flutes, trombones, and trumpets to play the melody line of DVBBS & Bourgeous produced hit 'Tsunami'. 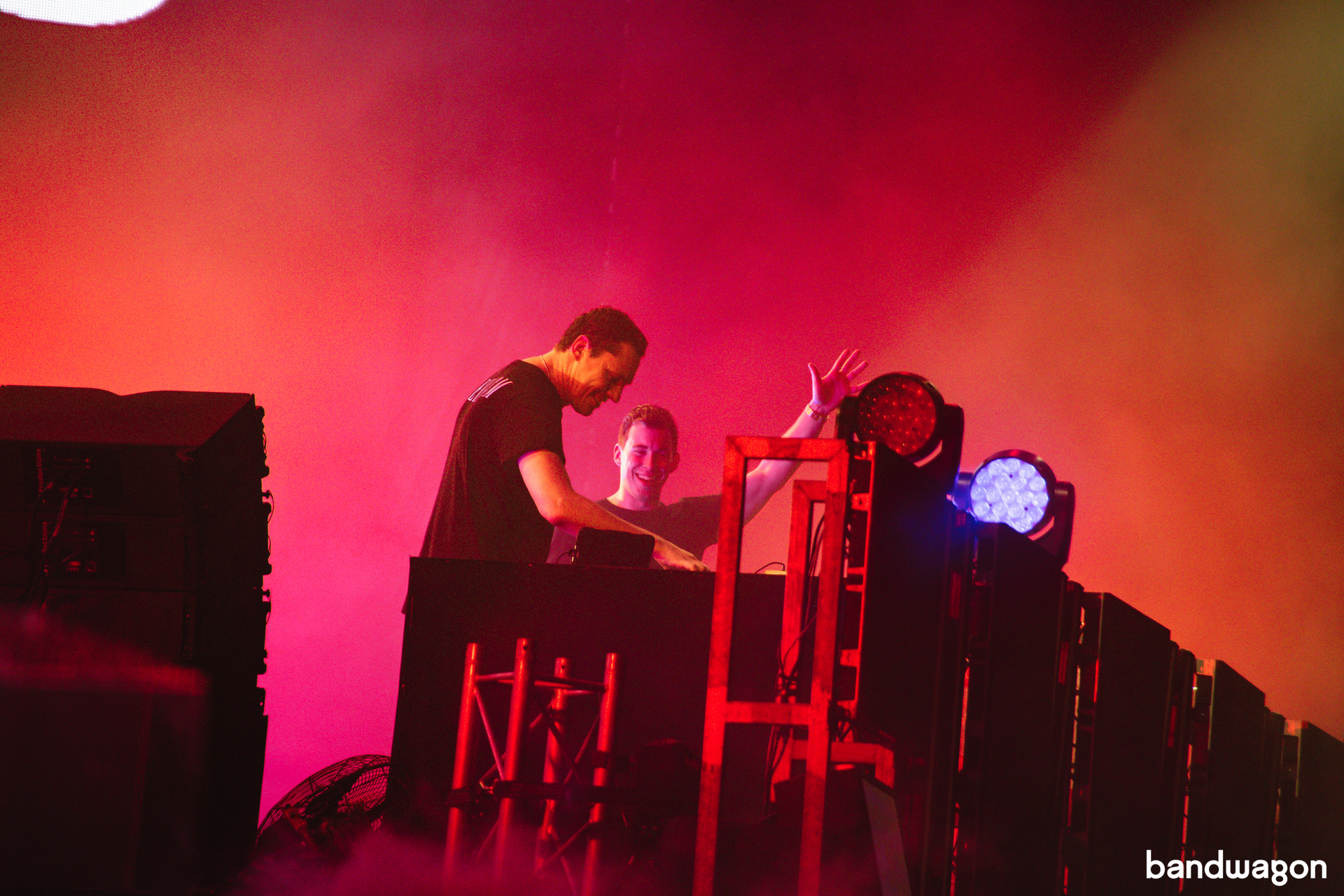 The ‘Red Lights’ hitmaker was slated to close the festivities on the first day, with a set that many were willing to brave the rain and mud to witness.

Unfortunately, the producer extraordinare failed to live up to the hype – while many of his songs were filled with the hard-hitting bass that Ultranauts enjoy, his set was peppered with big, long build-ups and disappointing drops, save for some moments of DJ brilliance. One such instance was when he lapsed into trap for a brief moment before he returned to his lacklustre set with a bold and confusing declaration: "Let’s get back to the EDM."

Towards the end of his set, Hardwell went up on stage (above) doing much of the crowd interaction, which Tiësto kept to a minimum. It's a bad sign that your stage presence needs some work when another DJ needs to come onstage to help. 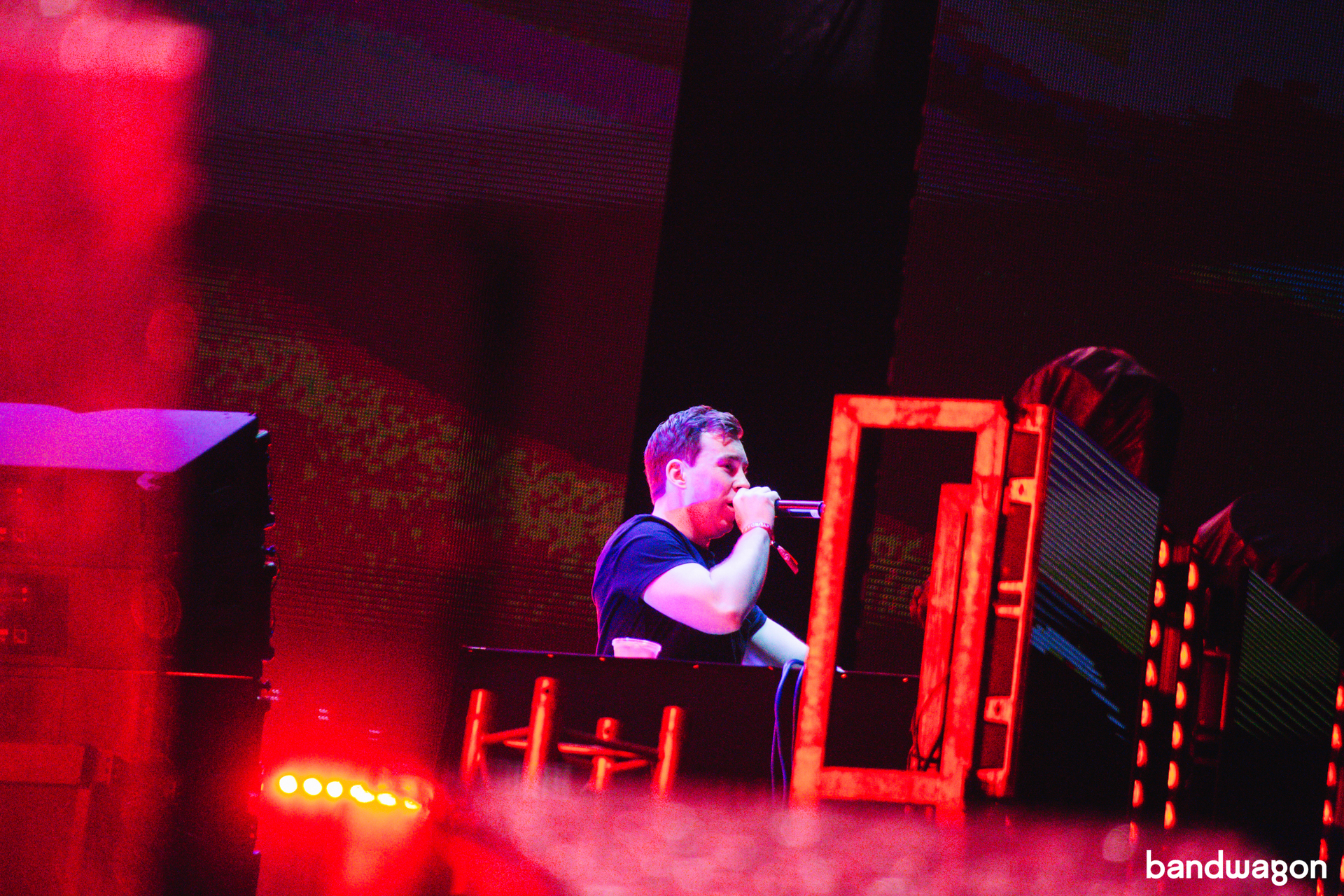 The Dutch DJ-producer star is probably the biggest name in the EDM world right now. He's known, again, for hard-hitting originals that were produced for the sole purpose of getting the crowd off their feet at festivals.

The hitmaker however failed to deliver the same hype to the crowd as he seemed to spend more time speaking to the crowd and telling them to "put your fucking hands up" rather than deliver the kind of dance euphoria that would befit his headlining status. 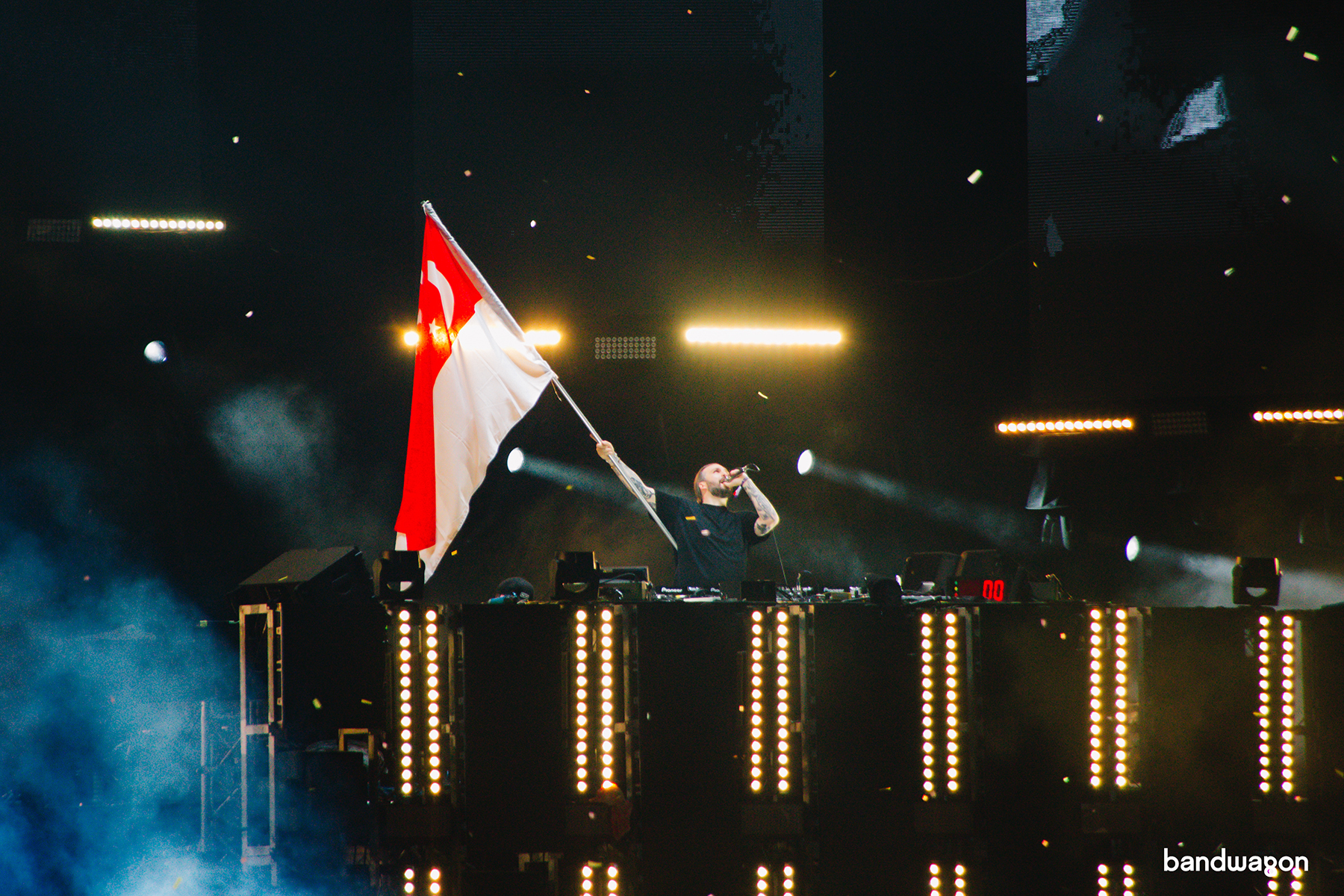 The ex-Swedish House Mafia electronic maestro was a surprising pick to close out Ultra Singapore this time. Even though he is known for his work with the legendary trio, the DJ by himself has not established his name as strongly as that of his group's.

The mix and show that Angello brought to the Ultra Park fell far short of the crowd’s expectations. His spoken word intro track, spanning over a lengthy five minutes, lost the crowd quickly after a high-energy set delivered by Steve Aoki prior to his. While he valiantly tried to raise the spirits of the audience later on, crowd dispersal was evident, and there were just a little more party-goers rushing for the trains then they were to the front.

Special thanks to Ultra Singapore for the invite.