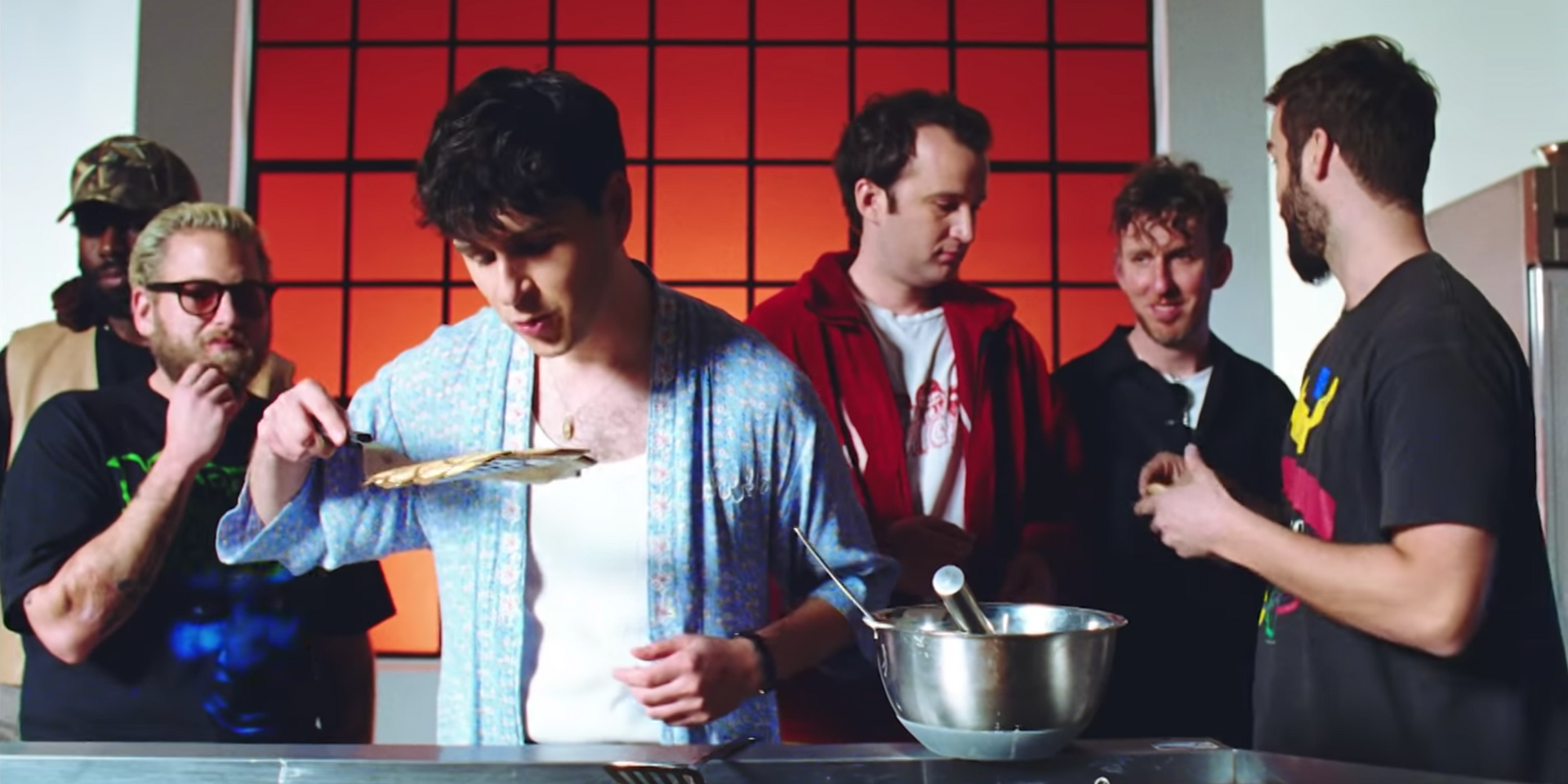 Who would've ever thought the world needed a music video in which Vampire Weekend frontman Ezra Koenig cooks breakfast?

In the newly released music video for 'Harmony Hall', American alt rock band Vampire Weekend prepares the most important meal of the day for their good friends Jonah Hill, Blood Orange's Dev Hynes, Danielle Haim and more. The Emmett Malloy-directed video also features the band playing in front of fireworks, and the recurring appearance of a green snake slithering around a the counter top.

'Harmony Hall' and it's accompanying single '2021' will appear on the band's upcoming album, Father of the Bride. A release date for the long-awaited album has yet to announced, although Koenig has confirmed that the band will release two singles every month until the full release of the record.

Check out the music video for Vampire Weekend's 'Harmony Hall' below.