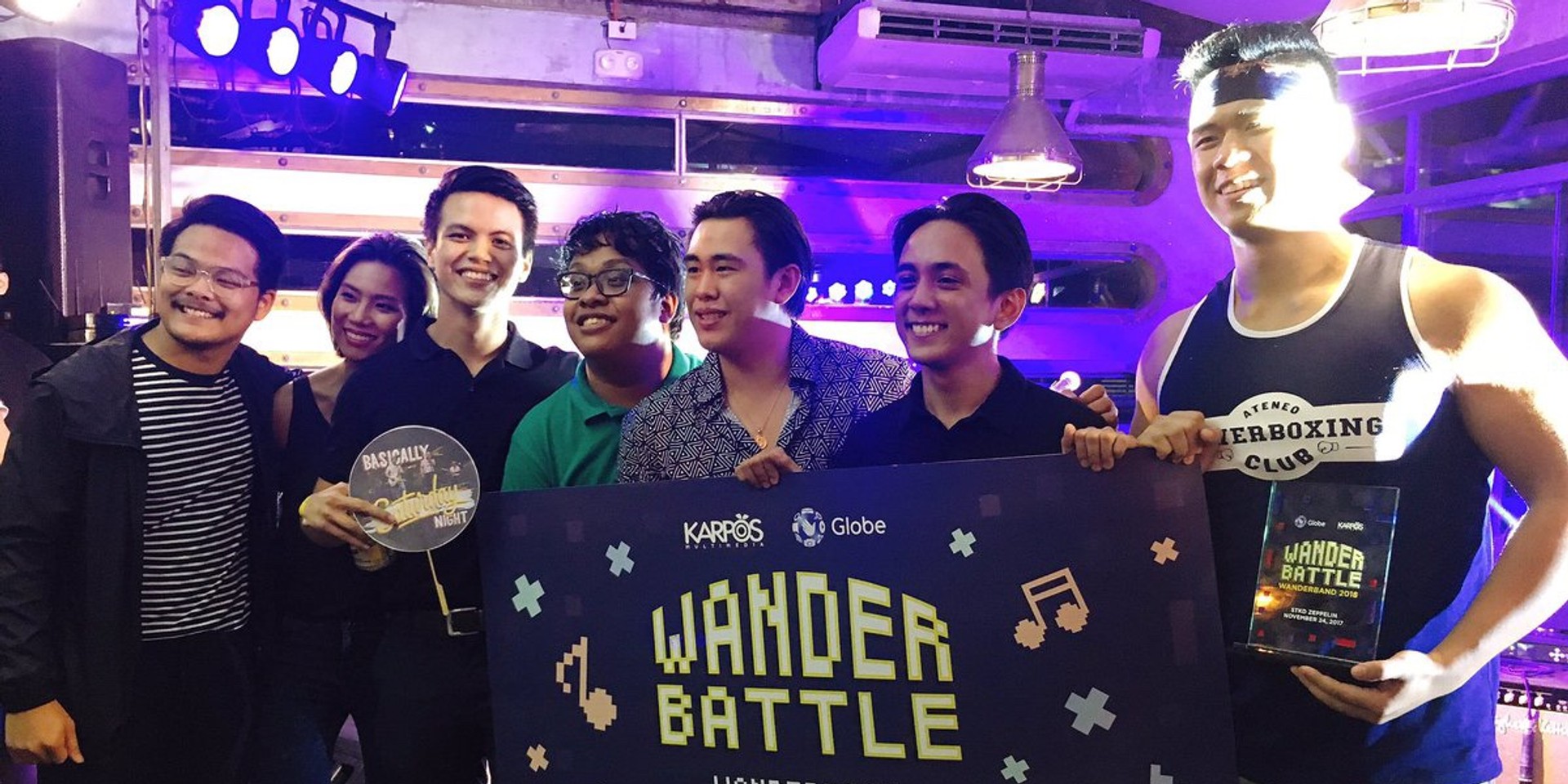 Basically Saturday Night is Wanderland's Wanderband for 2018! The band emerged victorious in last night's Wanderbattle, where they went up against Devices, One Click Straight, Carousel Casualties, and Rob & the Hitmen.

The band won a 25,000 PHP cash prize and a spot in next year's line-up, joining the likes of FKJ, Lauv, IV of Spades, and Sandwich.

Carousel Casualties are also set to perform live on the Wanderland Pixels stage.

The 4 Wanderartists, who will be performing their live art installations on the day of the festival, were also announced - Christian Cardenas, JP Pining, Sam Bumanlag, and Humbly.