On its fourth installment, Wanderland Music & Arts Festival took Wanderers to outer space during their biggest and most-attended event yet.

The sun shone very brightly last Saturday, welcoming the aptly dressed festival-goers who bit-by-bit staked their claim on various spots on the neatly kept grass of the Globe Circuit Event Grounds. Karpos Multimedia, the team that brings us this festival every year, has always impressed us with their well-curated events that go beyond a stellar lineup. All installations were on-point and made it very inviting for attendees to immediately go on an exploration, and the live artists provided good entertainment during downtime.

Night time continued to usher in good weather, and though quite warm, it didn't stop people from huddling close to the stage for Wanderland 2016's two mega-powerful co-headliners, Death Cab for Cutie and Bon Iver.

There are still areas for improvement, of course, but one thing we're confident about when it comes to Wanderland is that, every year, they make it a point to do even better than the last. 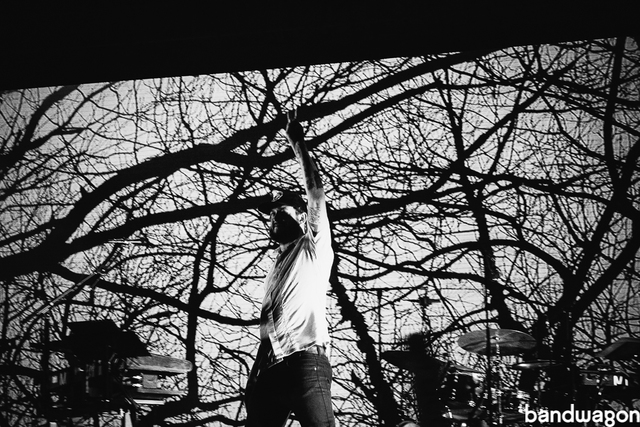 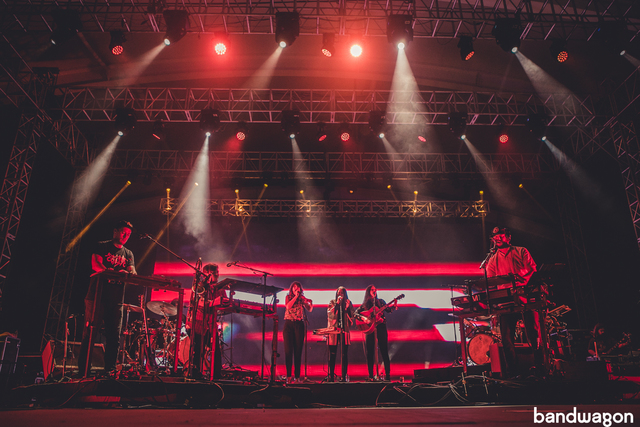 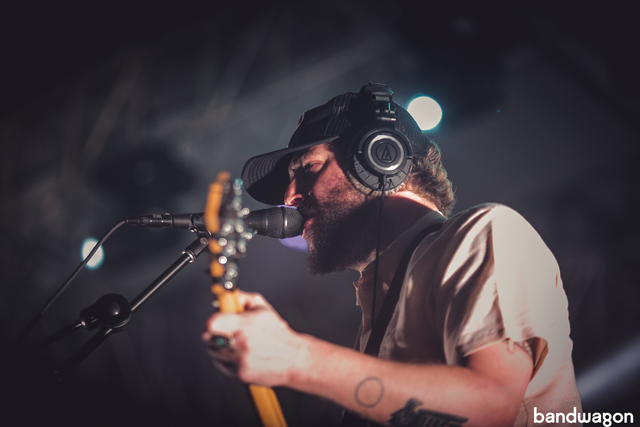 The forecast for March 5, 2016 in Makati declared a 0% chance of rain. But the weather satellites failed to predict the outpour that fell upon our faces that night as Bon Iver took the stage, bringing on a full spectacle in their production. The incredibly heart-wrenching performance was already a given—Justin Vernon's live singing voice is thrice as powerful than on record, and when he sang "Woods" and "Skinny Love" solo, armed only with a looper and then his acoustic guitar respectively, the raw emotion cut through like a heavy blunt knife straight to the audience's heart.

What made the set even more captivating, though, had not been listed in the posters or press releases. Touring with Bon Iver and gracing the Wanderland stage with them were English folk trio, The Staves, who sounded as though they were angels sent from harmony heaven. We felt completely floored every time they sang, and if Vernon's vocals provided the tight clench in our chests, The Staves provided the release that let our tears flow out.

Finally, another thing worth highlighting were the stage lighting and visuals that accompanied the band's performance. A live performance is always more than simply the music, Bon Iver and their crew nailed that with the perfectly set waves of color and bursts of smoke-filled light. The music and sights each on their own already provide enough emotion, but together, well, it transports you straight to that cabin in the woods of Northwestern Wisconsin.

Oh, and mad props to Vernon for donning a polo barong on stage! 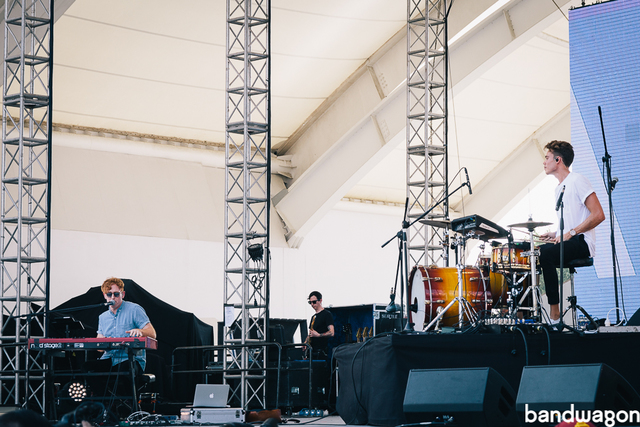 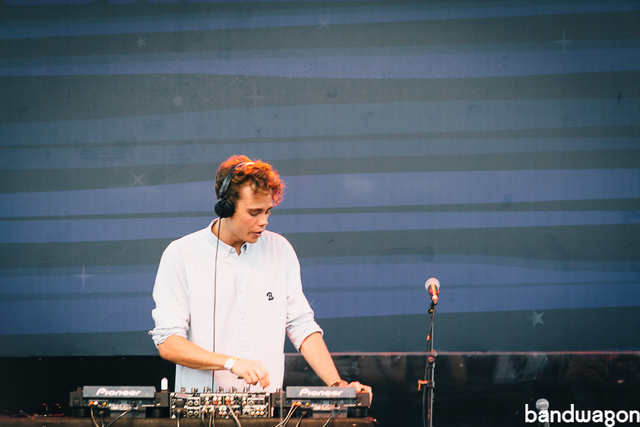 It takes two to tango, and two was more than enough for Australian electronic duo Panama to fill the concert ground with their infectious energy. There was no slowing them down and their fans duly followed. The listening crowd continued to rave about their performance, and were only too happy to welcome back drummer and Wanderland favorite Tim Commandeur (you might remember him from Wanderland's debut edition, where he played with his old band, Colour Coding) as he made his way to the DJ tent a couple of hours later. 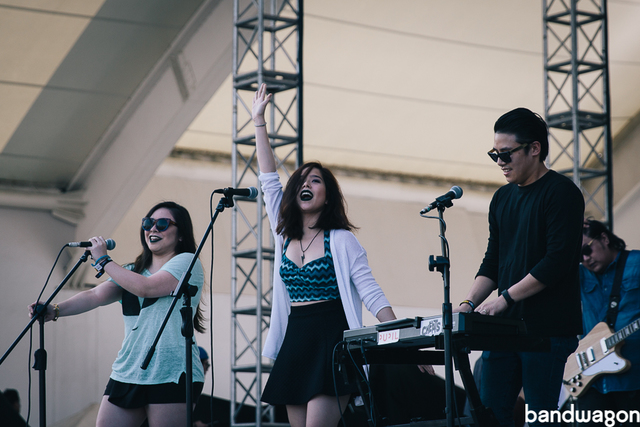 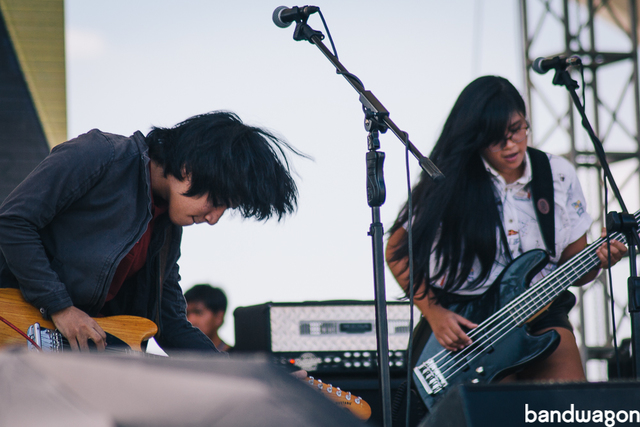 It had previously been unlikely for a festival to be jam-packed with people early in the day, but Wanderland was already brimming with people and their umbrellas before the first band even began setting up. Where we were slightly worried about whether the first few acts of the day—all of which were local-based artists—would be witnessed by oft selective festival goers, we were surprised to see many of them flock to the concert grounds to watch Jensen and the Flips, Wanderband 2016 winners Oh, Flamingo!, Curtismith, Cheats, and later that night, CRWN x Jess Connelly, as they rocked their respective stages. It was a truly pleasant sign that Filipino music has a stronghold in local music fans' hearts. 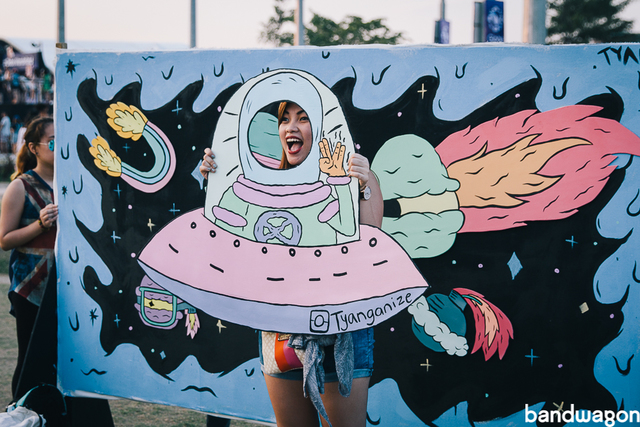 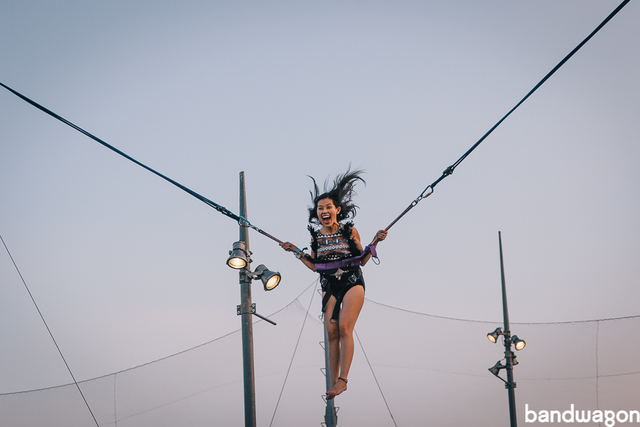 Wanderland knows that a festival is more than just the music, and this year, they invited attendees to complete a series of space missions for a chance to win tickets to next year's festival. Although cut short due to the lack of lighting at the Game and Art Zones at night, it was a lot of fun seeing people go around the event grounds, solving puzzles, bungee jumping, and sending letters to outer space, among many more activities available that day. 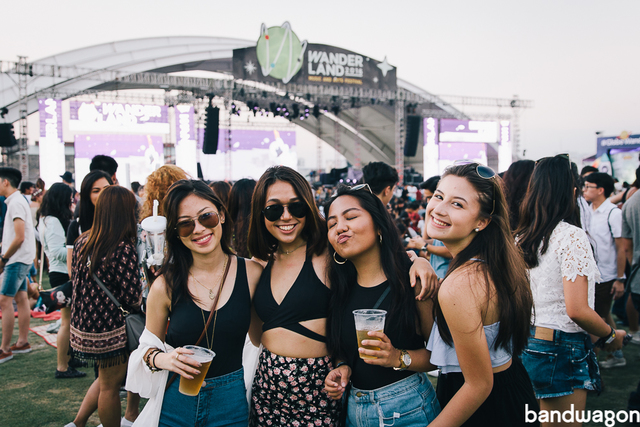 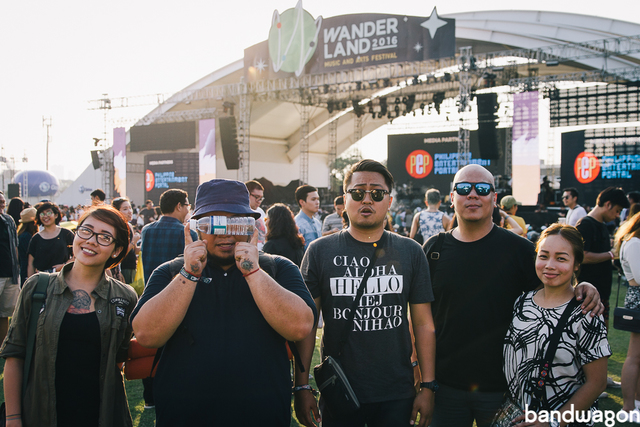 Year after year, the Wanderland Community grows, with Wanderland faithfuls bringing more and more people with them every time—some arrive with old friends, while some make new friends out of people they meet on the quest to purchase discount deals to the festival. (Shout out to Wanderbuddies!)

It was this year, too, that Karpos seemed to have found the perfect formula to expanding their market beyond their ultra young and hip niche, as their lineup of artists managed to gain the patronage of the original gangsters of the indie scene as well. 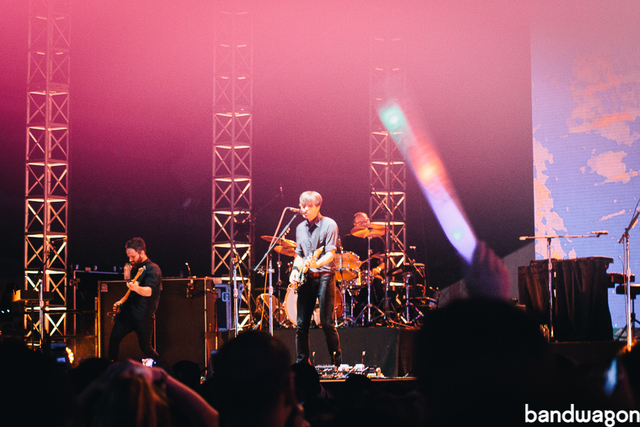 Some very noticeable tech difficulties caused Death Cab for Cutie front man Ben Gibbard to switch guitars midway through songs multiple times, and he made a small remark about how the stage seemed to be made of one big trampoline, but these didn't stop them from putting on a good show for their fans, many of whom made their way to Wanderland to catch the band play in Manila for the second time around since 2012. A lot of new songs were played, but old favorites weren't lost on the set list, coaxing those present to sing along on full blast at every opportune moment. Gibbard even sat at the very front of the stage and randomly asked for people's phones to take selfies on them, much to everyone's delight. 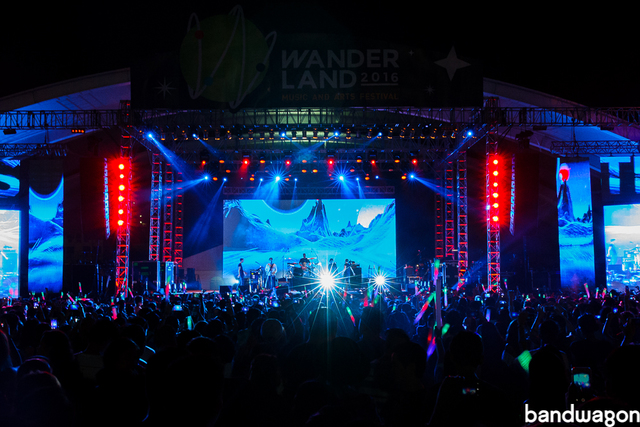 One challenge that comes with an unexpectedly huge turnout is managing certain logistics to cater ample service to everyone. This year, Wanderland had more than twice the usual attendees, but half the usual number of food and drink merchants. Come dinner time, lines piled up so long at the limited food stalls and even more limited drink stations, that it took almost two hours for people to just place their orders. The fluctuating signal in the area also made the newly introduced RFID payment system faulty at times, contributing to the slow pace of transactions. 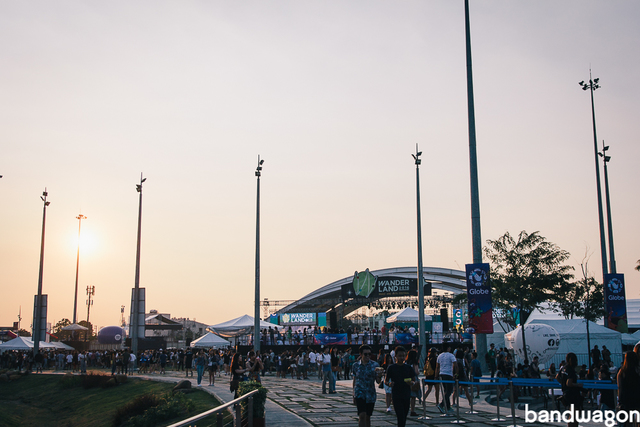 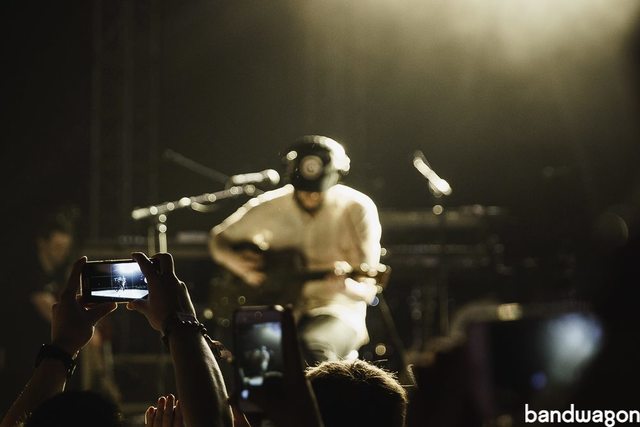 The sheer amount of people also meant more trash (Wanderland had a group of garbage collectors roaming around but it probably became difficult for them to keep track of everything come night time), and more camera phones swinging in the air throughout the performances. While we've long accepted the latter as part of Millennial culture, we hope people would still learn to be more considerate and not keep their phones up for an entire quarter of a band's set. That's tough on your arms, and tough on our eyes, pals. The trash, of course, is unacceptable under any circumstance.

Were you at this year's Wanderland? Answer this survey to help them make the next one even better! See you next year!

Wanderland is an annual Music and Arts Festival by Karpos Multimedia.