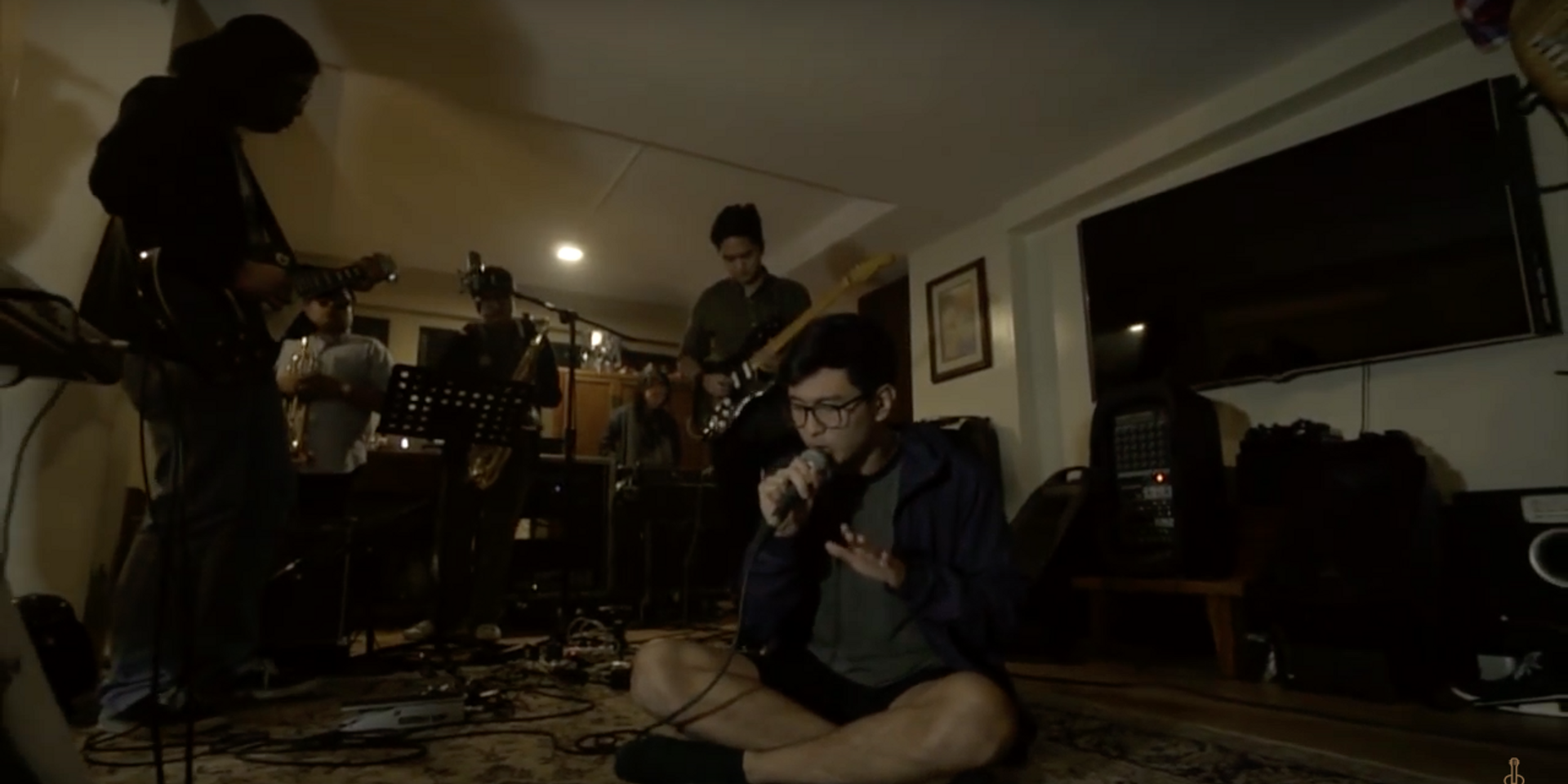 March 7 was a big night for Stages Sessions, launching both The Gig Circuit and Curtismith’s new EP Rehearsals online. Previously released as a playlist on Soundcloud a month prior, the five-track EP, Rehearsals, reveals a more intimate and laid back setup, fashioned through a collaboration between Stages Sessions and Curtismith (a.k.a. Mito Fabie). Largely distinct from what Curtismith already has on his catalog, Rehearsals shows off a full band setup—including Gabba Santiago from Tom’s Story on guitars, Andrew Florentino a.k.a TheBGNR on keys, John Apura on lead guitar, Harold Go on bass, Benjo Robles on drums, Jensen and the Flips' Choi Padilla on keys, Neo Mañosca on the trumpet, and Stages Sessions' very own Miguel Jimenez on the saxophone, and Erica Tolentino on back up vocals—that adds a dimension of jazz into the dominantly electronic soundscape that Fabie usually operates on.

Filmed in a Persian carpet-lined basement for extra comfort and soundproofing, not to mention touches of Star Wars merchandise (spot the Stormtroopers and the Darth Vaders), Rehearsals has Fabie sitting on the floor in his socks reading verses from his phone, with his band members dancing to the music they’re creating. With some groovy camera work to boot, you can tell the videographers were having their own fun documenting the performance, too. With Fabie officially under the Stages wing, we can look forward to more collaborations between the two entities in the coming months.