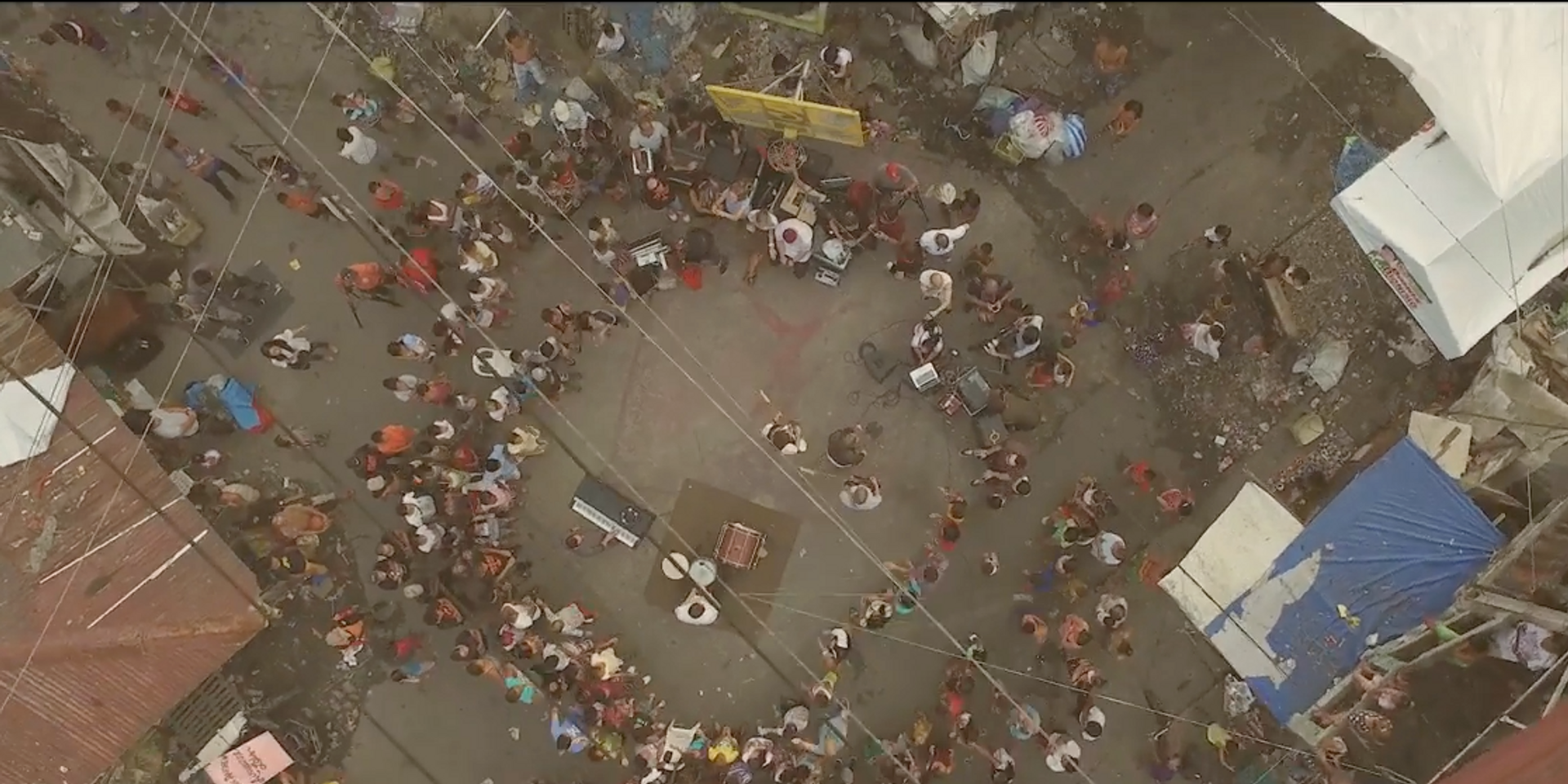 Last March, Church Simplified brought rock band Switchfoot to Manila for their Easter Sunday Walkway concert. Aside from performing for hundreds of their Filipino fans, the band decided to make the most of their two-day stay in the Philippines to shoot a music video for their new song, 'Float'.

"But yesterday, standing in the middle of an intersection and one of the poorest areas on the planet- everything seems to make sense. We were singing about rising above a painful season, singing about hope. And yet, here in the poorest streets of Manila, hope was shining so bright. It was as if I were instantly aware of a script that I had never dreamed of writing, far better than the one I had written, coming to life right there in front of me. What happened in Manila was the living representation of what we were hoping to sing into being with our song 'Float.'"

- an excerpt from Switchfoot's official site

'Float' is the first track off their new album, 'Where The Light Shines Through'. According to the band, the record title came to life as they were shooting in the streets of Tondo.

Young Focus, an organization that works toward making education accessible to the poorest children of the Philippines, together with ThirtySix-O Media and Church Simplified, helped make the video project possible.

'Float' is the first single from Switchfoot's upcoming album, 'Where The Light Shines Through'. Pre-order it here.