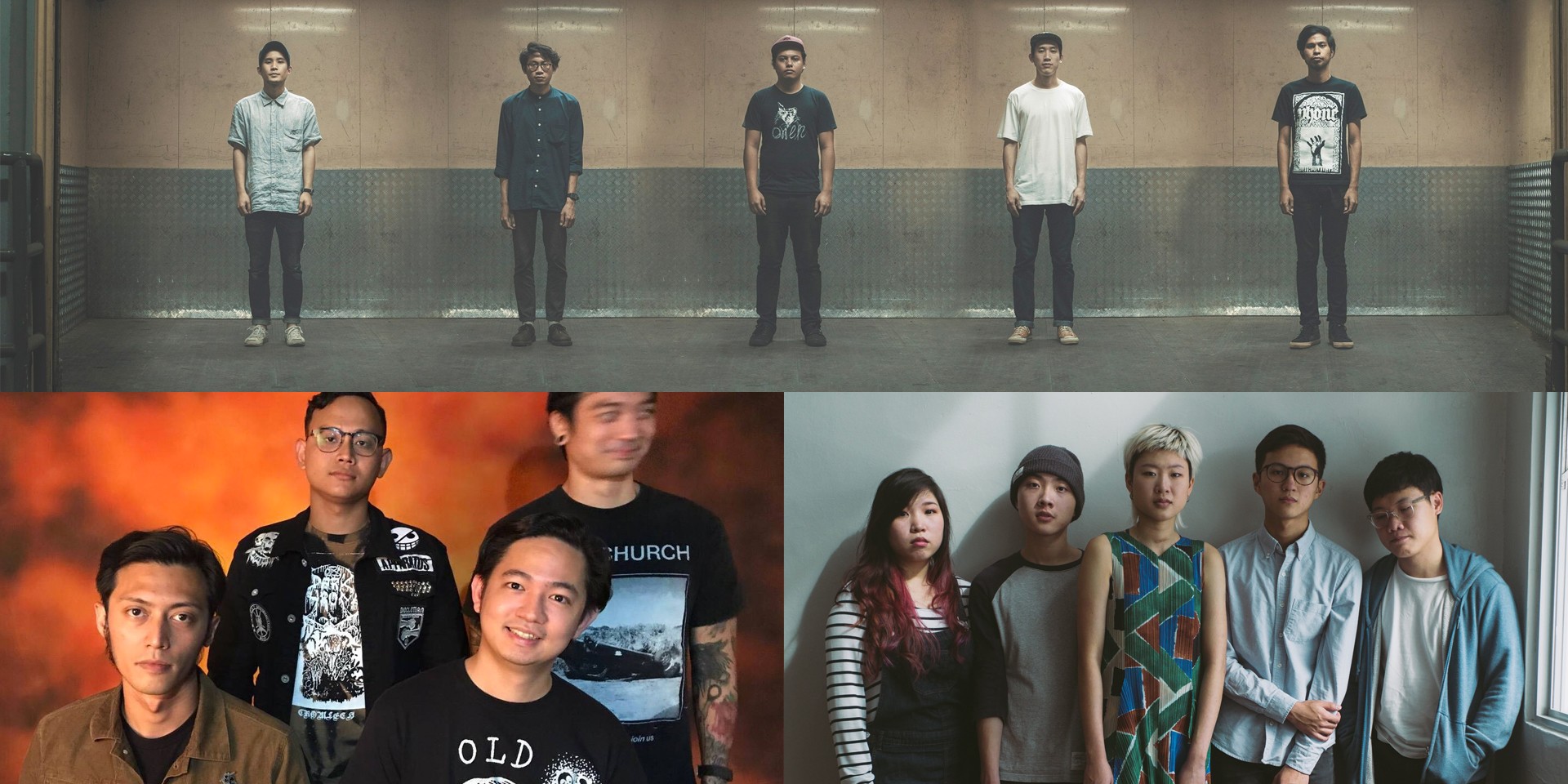 Aaaand we're back! Our review roundups took a break last year, but now we've returned bigger and better – you can now expect reviews of local (to Singapore, Indonesia and the Philippines) and international releases on Bandwagon every two months. For this instalment, we've had our say on albums noisy (Amateur Takes Control and Marijannah), quiet (Cosmic Child and Nils Frahm), and somewhere in between (NonaRia and MGMT). Check it out. 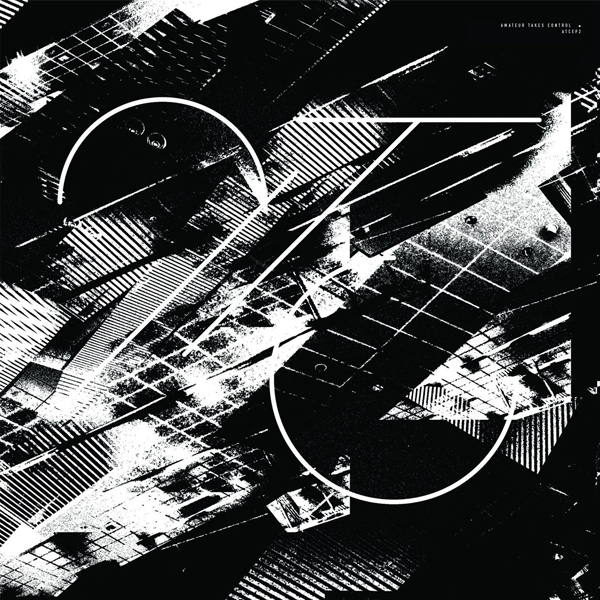 After a long hiatus, the much beloved Amateur Takes Control have blessed our ears with ATCEP2, four tracks that demonstrate how ATC is greater than the sum of its parts. The songs are immense and nuanced in their dynamics, the complexity keeping you on your toes throughout, presenting beauty and rage, pride and urgent doubt intertwined. This is the band's first release with their new lineup, featuring Martin Kong and Field Teo from Caracal. They bring on board a muscularity and swagger reminiscent of their previous band, particularly evident on ‘Jugular’, a behemoth of a track, with menacing riffs and chasmic rhythms.

But the poignancy and intricacy that is a hallmark of ATC's sound remains. Each member's contributions are amazing enough on their own, but they know when to let each member shine through. Effortlessly switching through time signatures, each member displays their experience and unique sonic style while always staying cohesive and impactful. Field's nifty triggered guitar riff on ‘The Substitute’, in particular, has become a highlight of their live sets, drawing awed responses from audiences every time. ATC has never sounded louder or harder, and this EP will leave you breathless and wanting more. – Jared Carlo Monteiro 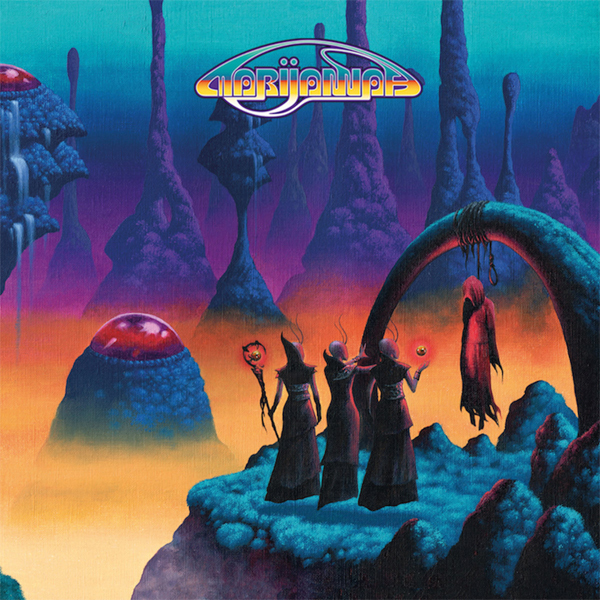 Marijannah’s crushing debut musical offering, Till Marijannah, navigates massive riffs and grooves with their foray into stoner metal. The unholy union of members of Wormrot and The Caulfield Cult, Marijannah departs from the aggression of its constituent bands, preferring to mesmerise instead. With the lyrics taking inspiration from films such as local production The Maid and horror classic Halloween, the result is a gratifying journey through B-movie occult goodness.

Marching forward in a flood of distortion and fuzz that is given depth by a driving bass and pounding drums, while complemented by howls that recall Ozzy Osbourne, Till Marijannah boasts a cohesiveness of sound and sonic depth that is uncommon in the genre. The key to that may be the group’s willingness to let the sound evolve; guitar notes bend and screech, their tone constantly changing as their lines rise in and out of the cacophony, and closer ‘All Hollow’s Eve’ features a chorus of ethereal voices that mesh magically with the dense sea of noise beneath. Beyond that, the group also allows the songs to evolve organically, each section moving seamlessly to the next.

But while the blown out, compressed fuzz may work in its favour, the audio does cackle noticeably, the way a 64kbps mp3 download in the early 00s might. Sometimes it is as though the album was recorded underwater, lacking breadth of sound, which might prove intolerable for some.

At 29mins, Till Marijannah is, length-wise, an easily digestible listen; the album is also rich and, especially given the occult themes, great evil fun. And while their first effort at stoner metal isn’t particularly commanding or groundbreaking (which is, admittedly, a very tall ask for a band that's just begun to dive into the genre) it stands out for its performances and execution of ideas. Metal or not, it should be well worth the time of anyone with a passing curiosity in good music. – Yong Junyi 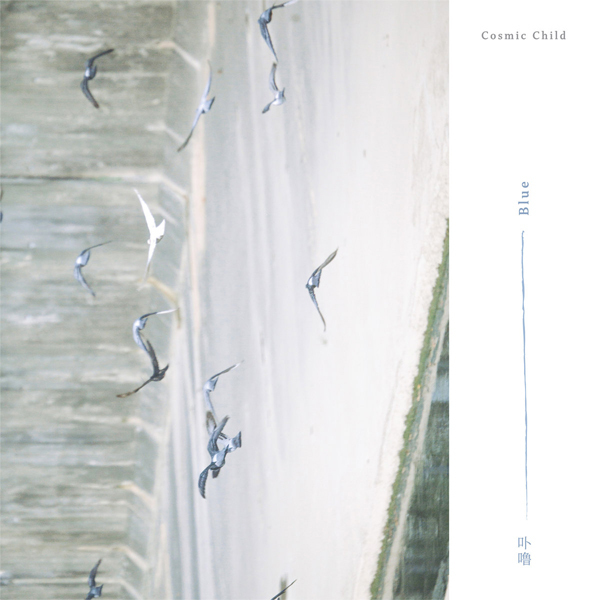 Whirr in the streets but Radio Dept. in the sheets, Blue encapsulates a medley of catchy pop rock styles in ethereal production both literally and technically. The eight Cosmic Child cuts are tightly wound themselves, rewarding repeated listening with swashing and backwashing layers of melody and chord, but are put on pause by two interludes.

Those interludes might seem unnecessary, given the album's concise 30-minute length, yet they're worth more than their weight. The breaks give Cosmic Child time to regroup, tinker and maybe even sneak a Satie reference to emulate poignant nostalgia – alongside ‘Warm’’s “try, try, try”, ‘Cats’’s metronome and 'Other Song'’s Mandopop murmurs – without stating the obvious: Look ma, no sampled laughter of children at the playground.

And last but not least, an honourable mention to Cosmic Child's drummer Genevieve, whose chops tear ‘Into You’ to double-time, send ‘Warm’ to opposite day, then for the rest of the album ground the listener amidst the unreality. A shout-out, too, to Sarah Register for unearthing the groove; how often do I get to talk about drums in a dream pop record? – BJ Lim 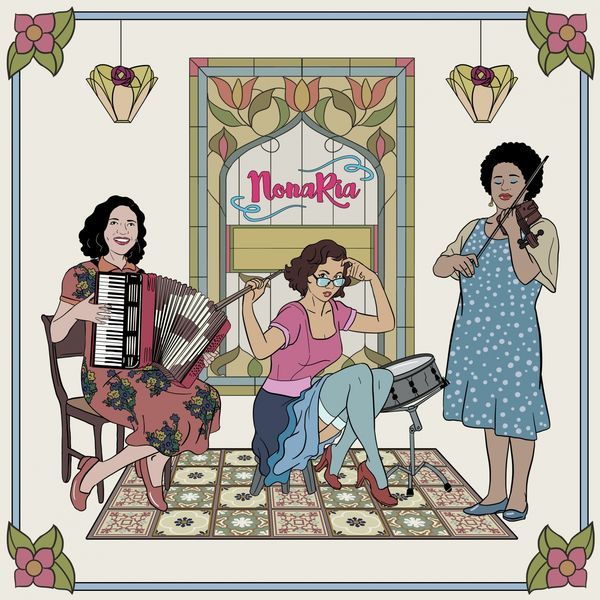 With a tape scratch and a hearty lilt “Kami NonaRia / datang untuk menghibur Anda” (We’re NonaRia / here to entertain you), the three-women forming the band NonaRia welcome you to their eight-track self-titled record. Steeped in Indonesian pop retromania, NonaRia brings to the table a mix of violin/accordion and 60s pop vocals.

The goods lie within the Gershwin-like piano and the mundanity often obscured by contrived metaphors—there’s a song about “Sayur Labu,” a squash-based dish with the mention of uncooked rice to boot. It brings to mind the band White Shoes & The Couples Company—in the wrong hands, nostalgia could come across as stilted. Not one second spent here is wasted; these are conversations set to unabashedly fun pop music. NonaRia — comprised of  Nesia Ardi (vocals), Nanin Wardhani (accordion) and Yashintha Pattiasina (violin) — telegraph these conversations the way they may have been.

Watch out for the lovely duet 'Sebusur Pelangi' and the hilarious 'Maling Jemuran'. Don't worry, nostalgia is in good hands. – Stanley Widianto 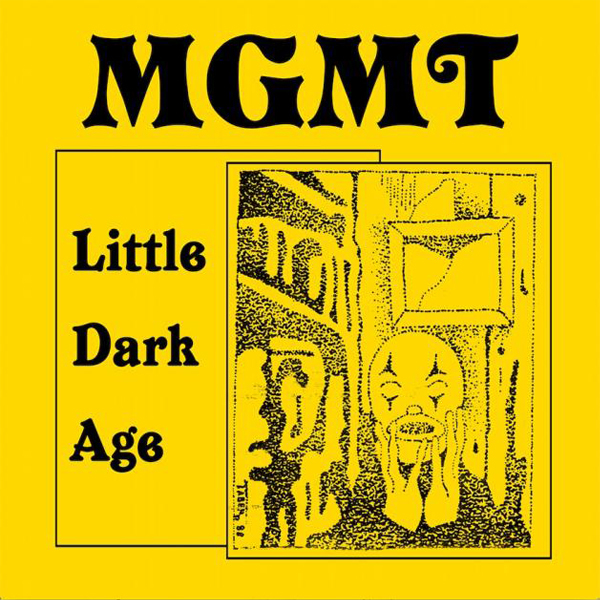 As much as MGMT prefer to be labelled as arty and avant garde, it’s undeniable that Andrew VanWyngarden and Benjamin Goldwasser have a gift for creating hooks and melodies with strong pop sensibilities. With Little Dark Age, they seem to have finally acknowledged this, and focused on negotiating a balance between art and experimental with conventional pop tendencies. On this long-anticipated album, MGMT adopt a primarily 80s synth pop sound, but there's a lot of other elements crammed into the music, from strings to psychedelic acoustic guitar to robotic voiceovers. The foundations of the songs incorporate a much-welcomed grooviness, highlighting a discipline towards not straying too far into their eccentricities, but rather refining their strengths and making them more palatable.

There is a remarkable versatility in the vocals, from Madonna-esque pitching on ‘One Thing Left To Try' to a mustached baritone on 'James', stylings that are effective rather than indulgent. Thematically, Little Dark Age is concerned with a current state of despair and cynicism, from the sarcastic suicidal attitude in ‘When You Die’, to the song titled ‘TSLAMP’, an acronym that stands for Time Spent Looking At My Phone: a cute but sharp metaphor for obsessively consuming time in bite-sized portions. Although their sonic noodling still strays into the absurd sometimes, Little Dark Age is an engaging and yes, very listenable, album from a band that might have finally navigated in the right direction. – Jared Carlo Monteiro 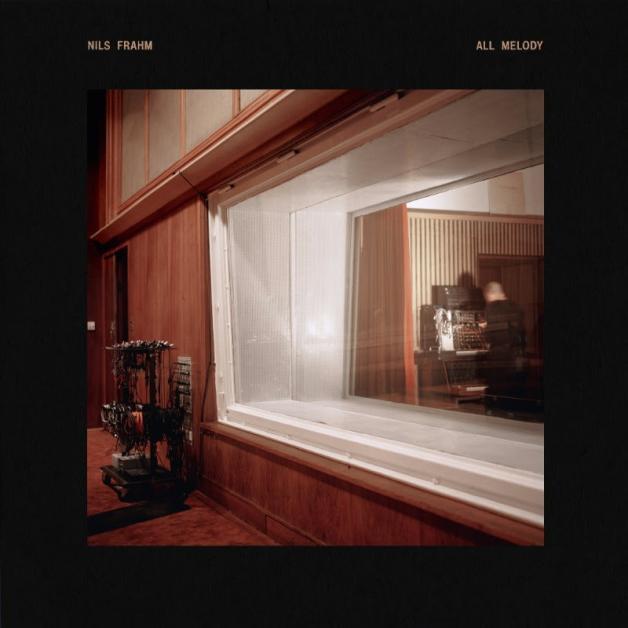 Nils Frahm has always captivated audiences with his magnificently artistic synthesis of classical and electronic music.

Always moving within the grey area of his genre-bending music, Frahm's releases up until All Melody often focused on one shade: exploratory and experimental in 2013's Spaces, and more roots-based classical in 2015's Solo. All Melody, though, sees Frahm finding the perfect space to synthesise the best aspects of those two releases.

All Melody is Frahm's first album to utilise different instruments (there are horns!) and human voices in its tracks — especially effective in adding greater texture to his already layered compositions. Such additions could be detrimental for a less capable artist, but Frahm is ever the perfectionist and these additional elements do not detract from his ability to aurally express emotion. Novel enough to be noticeable yet blending perfectly with the keys and synths he is known for, these new elements add more depth to All Melody's tracks, somehow allowing each to go further into the recesses of our auditory experience.

As a result, All Melody is an album that simultaneously soothes and excites, transports you yet keeps you glued to the edge of your seat. Frahm deftly transitions between eliciting bittersweet nostalgia in a song like 'My Friend the Forest' and pure untapped energy in tracks like 'Human Range' and 'All Melody', before leaving you with a feeling of vast fulfillment in the album's closer 'Harm Hymn'.

A masterful showcase, All Melody is a truly unique auditory experience that will leave you feeling emotional in the best way possible. – Angela Buensuceso

Have some strong opinions on any recent albums? Disagree with any of the reviews or scores above? Let us know in the comments.