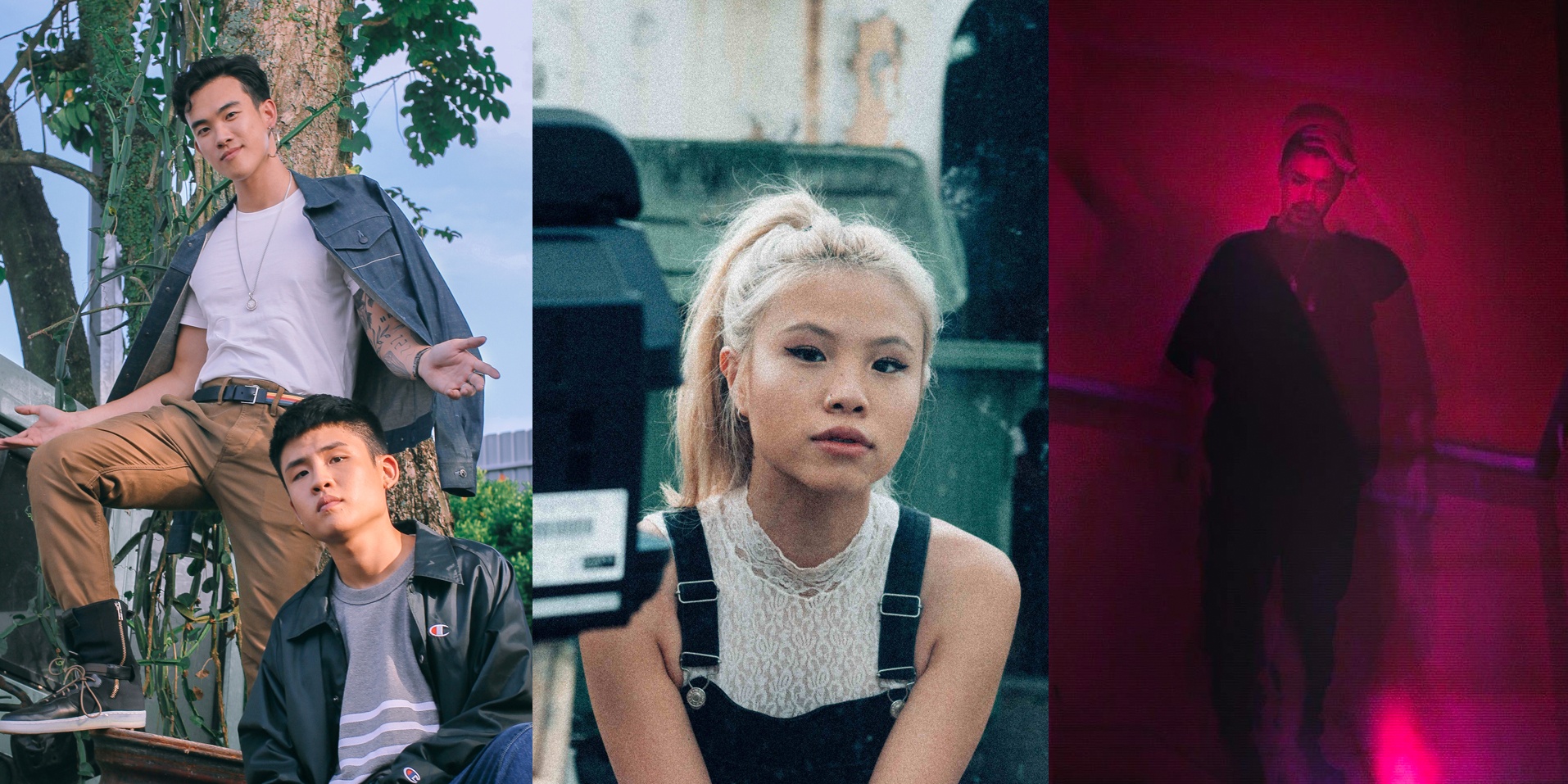 March and April saw a slew of new musical releases from all genres and corners of Singapore's music scene – so many that we couldn't possibly review all of them, so we picked seven that caught our eyes and ears. Here's what our writers think of these newly released albums and EPs. 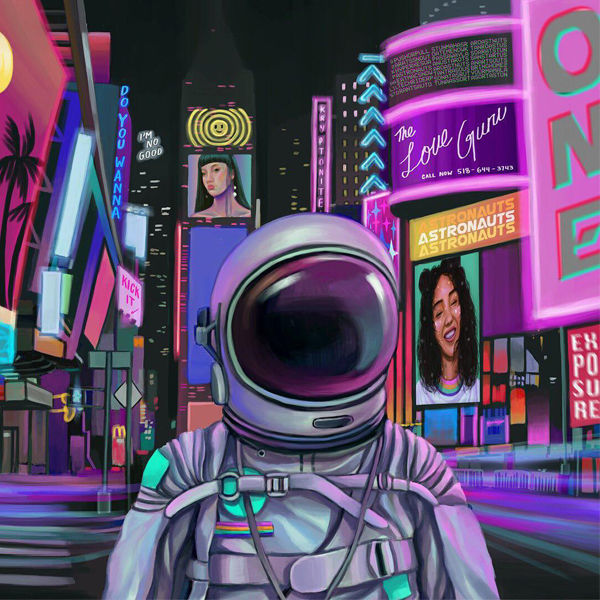 Minutes after Astronauts finished their set at last week’s Bandwagon Campus Tour, someone in the audience yelled “Sing more about sex!” The band seemed amused and mortified by what turns out is a fair summary of Astronauts’ MO, one belied by the vague title of their debut EP and the sex-less space explorer theme the funk/soul/R&B band have been running with.

ONE is unquestionably charged by lust and attraction from start to finish, but it doesn’t stay on one plane. Astronauts deal with breakup-induced self-loathing on ‘I’m No Good’, buoyed by a dynamic female backing vocal and a smoooooth sax on the bridge, then slide right along to the smitten pop single ‘Kryptonite’, and then the ticks-all-boxes, would-be sex jam ‘Do You Wanna’, ending with the more complicated emotional shading of ‘Kick It’. For four songs and one theme, Astronauts cover admirable ground.

‘Do You Wanna’ is the ambitious centerpiece of the EP, an attempted aural seduction over five minutes that tries so hard it’s adorable. There are some cheeky standout lines sprinkled throughout the EP – “When you’re needing me for physical ac-ti-vi-ty, girl, probably be down for that” on ‘I’m No Good’; “Content restricted, you know what I’m talking about” on ‘Kick It’ – but determinedly sexy rock-R&B jam ‘Do You Wanna’ goes for corny. (Listen for the line that earnestly but not explicitly outlines the various positions you could go at it from, and try not to laugh.)

Of course, ‘Do You Wanna’ boasts a sizzling guitar solo that gives way to silence after its climax (yeaaaah, I know). Astronauts unwind more on ‘Kick It’, where the bass gets more time to shine and the instrumentation feels a little more organic than the song that preceded it, despite being more concise. Ultimately, ONE is a promising first release from a young band, and is Astronauts throwing their hat into the “sexy Singaporean songs” ring currently dominated by R&B artists and rappers – and not doing too shabbily at all. – Karen Gwee 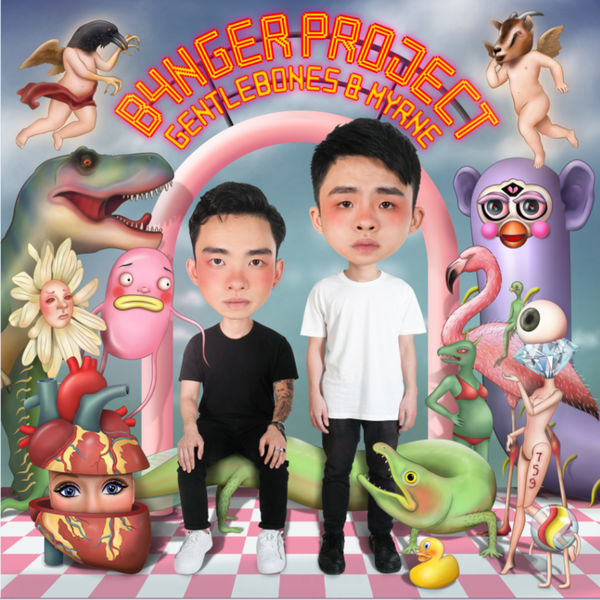 Gentle Bones’ and MYRNE’s B4NGER PROJECT was teased for months, with the singles ’JU1Y’ and ‘B4NGER’ hinting at all the electro-pop goodness to come, and boy, it did not disappoint.

At 29 minutes in 10 tracks, the duo transports you to a whole other outlandish, whimsical world, defying any pre-conceived notions you have of both artists’ original sound. Tracks ‘CRA2Y’, ‘5HE DGAF’, and ‘7OVE YOU’ are in the same vein as pre-album singles ‘JU1Y and ‘B4NGER’ – breezy, hooky, poppy – while tracks ‘S3OUL’, ‘HEART8REAK’, and ‘V0DKA’ (featuring Sam Rui) present a darker, electronic and R&B fused sound fans of the two would be more accustomed to.

Don’t let the upbeat tempos and psychedelic illustrations fool you, though. B4NGER PROJECT is more witty and self-deprecating than it is outright happy, and as Joel described in an interview with Bandwagon, “no-filter”, as evident in their lyrics. Nevertheless, the album completely exceeds expectations in terms of what the two are capable of, and gives a much-needed breath of fresh air from the melancholic R&B off Gentle Bones’ Geniuses & Thieves and MYRNE’s heavy, high octane EDM sound. – Louisa Chan 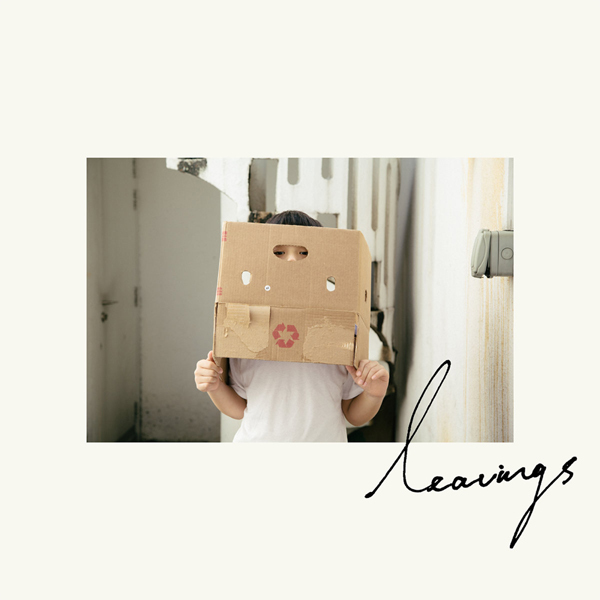 hauste's main goal for Leavings is breaking boundaries. With songs like 'INCUA' featuring local rapper MEAN, the quasi-ballad 'Letter to a Friend' featuring midst, and the blues-esque 'Mohn Jayer' (10 points for that creative title), the instrumental post-rock trio are clearly aspiring towards something greater than vanilla post-rock.

Their ability to seamlessly shift between these genres while staying true to their established sound is admirable. Furthermore, their inspirations – artists like progressive-rock wizards CHON and, as you might have expected, John Mayer – can be heard when the band transits between odd time signatures on songs like 'Leaving', while melodic guitar lines meander through songs and almost hold them together. These odd time signatures are spaced out well enough such that the listener is interested more than disoriented.

But, it seems like hauste is scared of something. Despite the excellent showing of technical and creative prowess, their music (albeit daring) sounds constrained. For that reason alone, it seems like there is a latent potential within the band that is yet to be explored. – Arjun Jayaraman 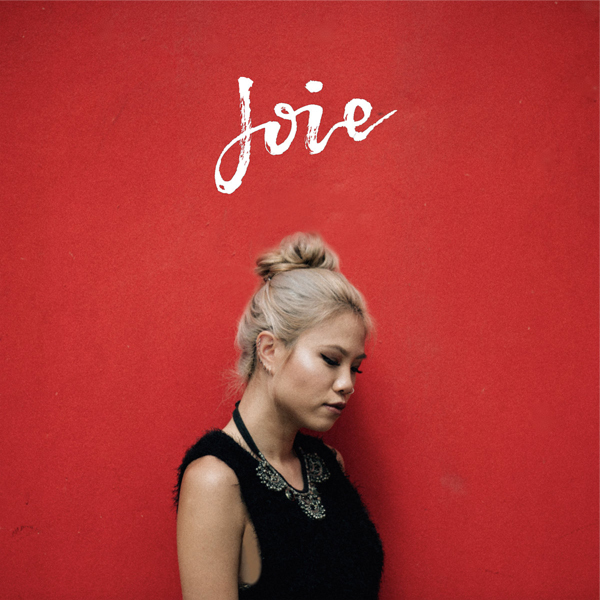 Joie Tan’s debut release is a spectacular piece of work that leaves listeners enthralled. Riding the boundary between what’s appealing and what’s relaxing, Tan’s first musical exposition pushes the boundaries of pop music and at the same time provides a great experience for all.

Lyrically, Joie explicates more about love and loss, a definite treat for those who pay special attention to words as much as instrumentals. This much is clear in lyrically powerful songs like 'Right Here Right Now', and most of all, album closer 'What Is Love'. Even then, the album satisfies the wishes of those who’d like some easy listening to accompany their morning or evening commute, or just a chill night home. Album opener 'Can’t You See’'s compelling rhythm section as well as playful instrumental interludes in 'Shore' shine in this aspect. This much is clear – in this album, there’s something for everyone.

Tan’s greatest strength, however, is also her greatest weakness – from track to track, Tan doesn’t change her thematic focus. While some may appreciate the single-minded focus Tan expresses through the power of her lyrics, those beleaguered by problems of love in their lives are sure to want to take a breather from this emotional document about love, loss, and everything in between. – Arjun Jayaraman 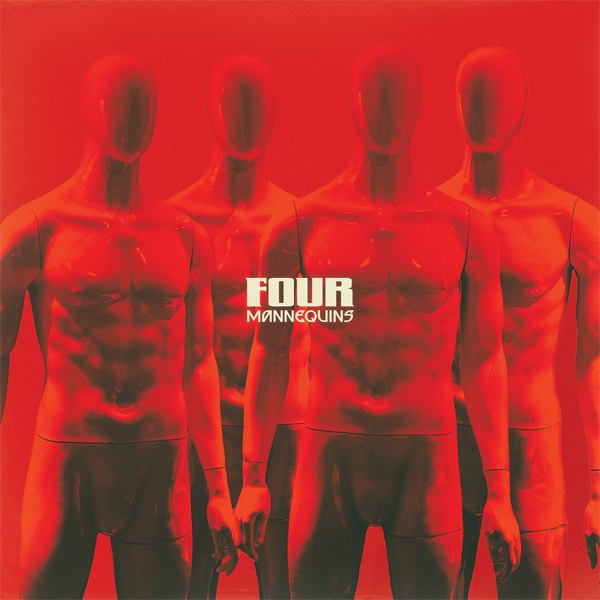 Four songs by four men on an EP titled 4 – what this comeback release by Mannequins promises is simple enough. And indeed, it’s a 15-minute dose of straight down the line rock music from the Singapore rock band who’ve been kicking it since 2010, performed at Baybeats in 2013 and have been on a break until now.

Perhaps I’ve outgrown 90s rock and the Foo Fighters and Green Day, but 4 strikes me as competent but not particularly interesting. The bridges don’t take enough risks to take the songs to the next level, and even Mannequins’ guitar solos – notable opportunities for rock bands to inject some excitement and guitarists to vamp – are predictable (though I will say that the chorus of ‘Misery’ has potential to be a great singalong).

Lyrically, there are some interesting touchstones: ‘Sunbird’ was named after the street Mannequins’ members grew up near, while ‘I’ll Stick With You’ is inspired by the life cycle of an angler fish (!). But Mannequins dilute these specifics with generic angst and radio rock pablum – lines about stopping the clock, endless dreaming, overdosing on something. The vocal delivery on 4 is perfectly serviceable, from the wordless, backing ooh-oohs almost requisite for a rock band of this stripe to the lead vocals, which even when strained and gravelly, don’t have much character. – Karen Gwee 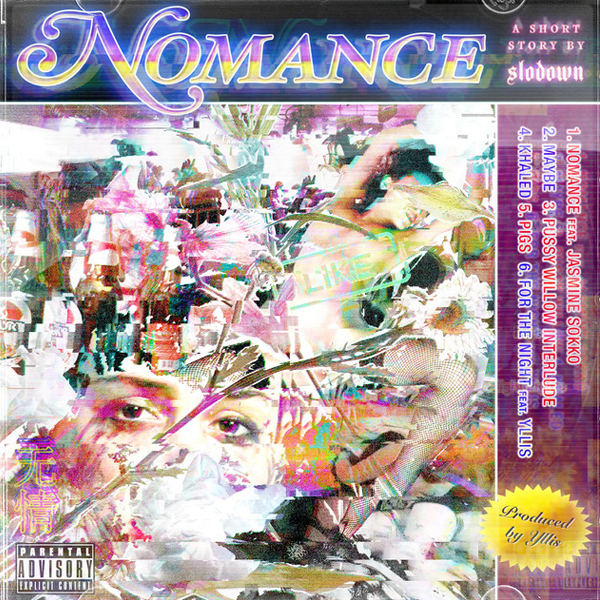 Nomance is a short and sweet EP by Slodown with young lust written all over it. The six tracks are a dreamy treat for the ears that take us through the fruitless love affair of a young man and woman, tracing a journey relatable to the Tinder generation of millennials – of love, lust and the in between. Essentially, the EP revolves around the idea of seeking temporary escape through physical affection and using one another to mask feelings of loneliness and hurt.

The EP is a dream collaboration between three talented Singaporean artists. It was produced by long-time collaborator Yllis, whose vocals are also featured on the closing track ‘For the Night’. The more surprising collaboration on this EP is the title track ‘Nomance’ featuring Jasmine Sokko that reveals a perfect pairing of Slodown’s raspy voice and Sokko’s sweet, lilting vocals.

‘Khaled’ was released as a single sometime back in 2016 but it makes a pleasurable listen now as it did back then. The new songs on the EP aren’t lacking in any way either – deserving of special mention is the track 'Pussy Willow Interlude', on which Slodown's vocals blend beautifully with the fizzy synths and deep bass groove to create a rich, sensual sound.

There’s definitely consistency throughout the six tracks and at just 24 minutes, you’re left wishing it was longer. – Bernice Kwok

Late to the Party | Xingfoo&Roy 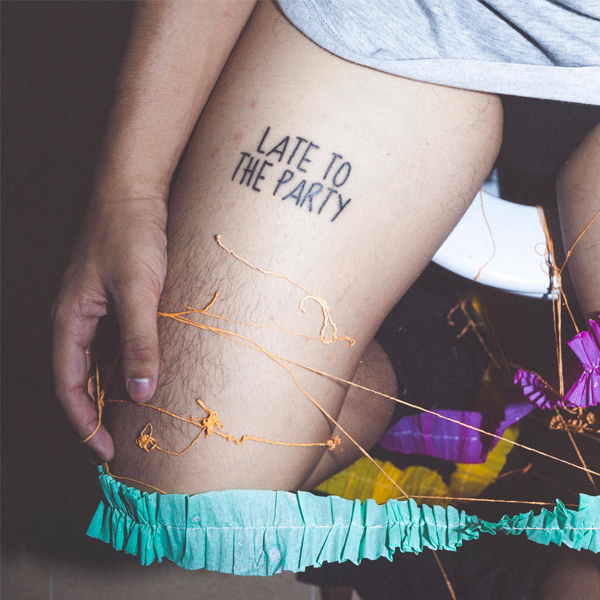 Emo trio Xingfoo&Roy who brought you hits like 'Anchor Forever' and 'Kahlua', released their EP Late to the Party last month, which is a lot different from their first album, 10 Dating Tips for the Spineless Youth Addicted to Pornography. For starters, there is an evident shift in terms of sound, lyrical expression the band’s mindset. This can be seen in their mature, honest and somewhat darker lyrics in songs like ‘T.Y.S’ and ‘Apartment Buildings’ that channel frustration and regret. Their songs are still as catchy as ever, with groovy riffs and infectious melodies.

The EP took a year and a half for the band to complete, and the amount of effort and work put in is obvious. Working with a professional for the mixing and mastering of this EP was also a step in the right direction because overall, it sounds more polished and well put-together compared to 10 Dating Tips.

An amalgamation of nostalgia and longing, Late to the Party is occasionally heartbreaking, thanks to Xingfoo&Roy’s signature emotional lyrics tucked under happy tunes. Tracks that I feel lack loving from this EP include ‘Reunion Dinner’ and ‘Aprendió Español’, so do check them out. – Mahirah Mahmud

Have some strong opinions on any recent albums? Disagree with any of the reviews or scores above? Let us know in the comments.