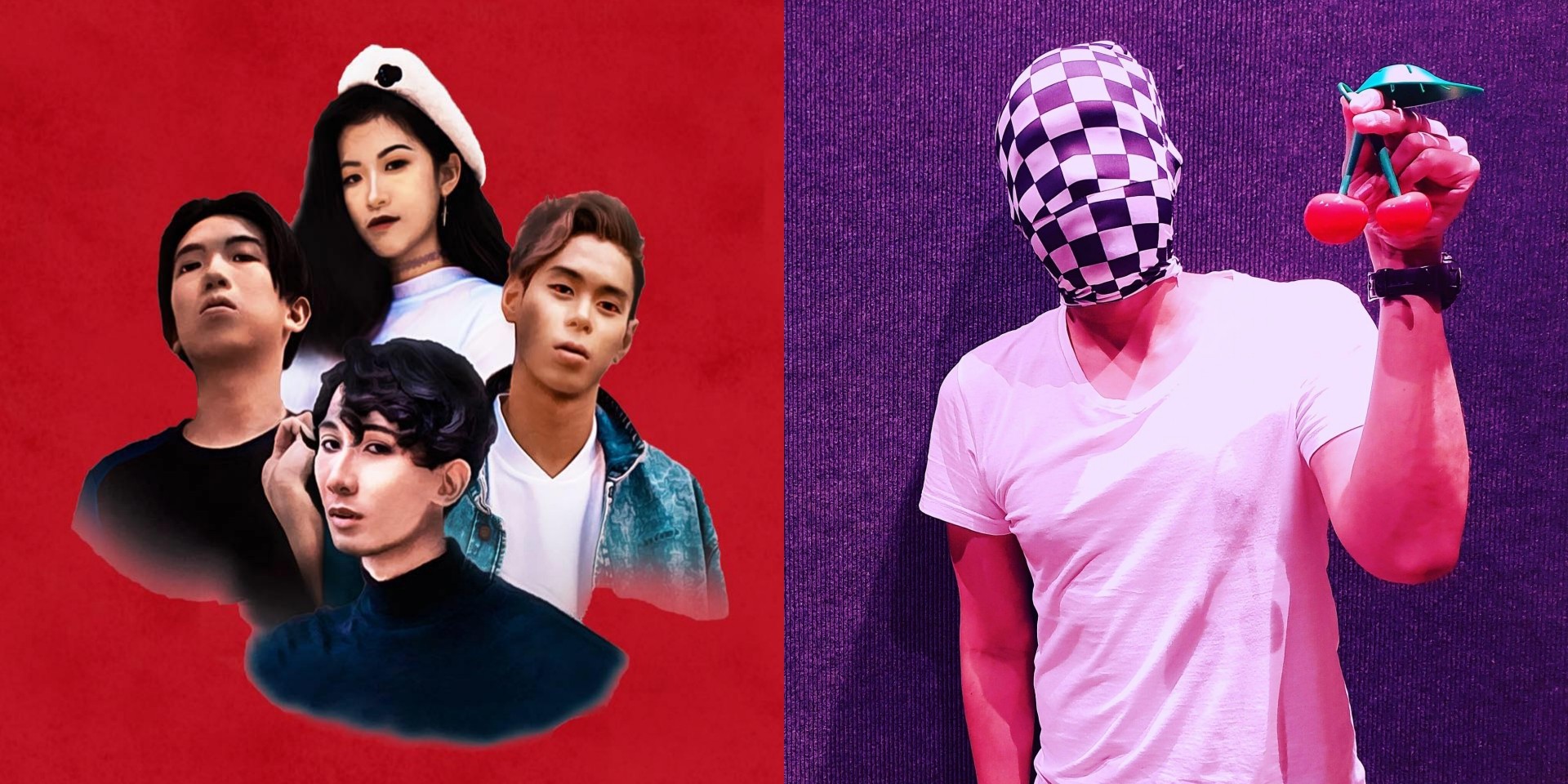 New music enters the pop cultural bloodstream every Friday. This includes the latest transmissions from Singaporean musicians as well. To ensure that these songs aren't forgotten or consumed in the hype cycle, we will carry the torch for them and their makers with weekly track reviews.

‘Adrift’ might very well be one of the most aptly-named tracks of all time. The title track off Viticz’s EP of the same name takes listeners on a journey unlike anything they’ve ever heard before. The song feels like a culmination of the sounds of San Holo, Marshmello and Peking Duk. There’s a lot going on in the track, and that’s not necessarily a bad thing.

In fact, it’s pretty refreshing to see artists mixing different styles across the dance music umbrella to create an entirely unique sound. With Viticz having played his first home-town show in October, and the release of his new EP, it’s not hard to imagine that 2019 might just be his year. With youth and potential on his side, Viticz guarantees interesting music to come. ‘Adrift’ is the perfect introductory track to anyone who wants to explore new music because that’s exactly what this is; you can’t pin the track –or EP, for that matter– to a single genre and that’s the mark of a good musician. – Surej Singh

You’re probably familiar with M1LDL1FE’s ‘How You Forget’ and have fallen in love with its infectious melodies. Enter Don.a.aron, who puts his own spin on the track to breathe new life into the crowd-favourite. While the original does a great job of taking listeners back to old times, Don.a.aron’s remix cranks the throwback feels all the way up to 11.

With impeccable production value and new melodies seeping through little cracks here and there, the remix maintains a sense of familiarity while at the same time exploring new ground. It’s the perfect balance, really. I’ve never been a huge fan of remixes but if they’re done right, they stick with you and this is one of those rare tracks. The track is yet another W to add to Don.a.aron’s growing list of victories and fits in with his discography extremely well. – Surej Singh

'Memories' operates on one main principle: It's engineered to set you thinking about the people you love, and the memories you cherish.

Songs of this nature, songs that inspire gratitude for the good times, don't need to be cutting-edge or experimental. They just need to evoke that grand, almost religious sense of emotion. This is what MMXJ and SIDNE succeed in doing here. When SIDNE sings, "In life we must learn to cherish in turn", he's not just stating the song's M.O., he's urging the listener to rise to the occasion.

From the ascending keys onwards, the song takes off to a skyward climax, complete with vocal effects, hard kicks and all the sounds and colours that are part of the future bass universe. For this reason, the absence of complexity is completely justified. – Surej Singh

It’s in the name. When the label on the tin says ‘Disco’, you can’t discount how important the sound and its spirit are to the overall package. Disco Hue has continued to be one of the brightest burning prospects in the firmament of Made In Singapore music with its fidelity to disco’s time-honoured codes and its savvy updating of that very set of tenets.

‘Right On Top (Back To You)’ works the way the latest single of a reliably convincing artist is supposed to work: It’s a beyond-compelling reminder of what it brings to the table and an elevation of just that. Everything that Sherlyn, Zie, Rush and Billy have taught the listener to look out for in their music is present here: Throwback flourishes, timeless and timely nostalgia, that fundamental sense of longing and the bulletproof combination of funked-out rhythms that proffer bounce, and sweet, treacly melodies, both of which congeal into a blessing of an experience for the listener.

But the scale is vaster; the stakes higher. There are dramatic strings that root the song in an urgent and immediate present. This isn’t some too-faithful ‘80s bow; this is happening now. And it’s absolutely resplendent. – Indran P

$ain’t is a Myanmar-born and now Singapore-based rapper who traffics in (t)rap laced with R&B, pop and rock touchstones. He’s new but he’s an exciting proposition – and he’s not afraid to take on his influences: Earlier this year, he released ‘Rolystar’, which mimics the beat and flow of A$AP Rocky and Skepta’s much-celebrated link-up ‘Praise The Lord (Da Shine)’.

Throughout the length and breadth of his discography, wherein he reveals the various facets of his musicality, he makes it clear that he’s thoroughly new school. That’s the mind frame that animates ‘JDM’ and that’s how the listener should approach the song.

The old-head critique of contemporary rap is that it’s meaningless and emotionally confused. But it’s really not. It’s just that, with the acceleration of culture, what’s valued as ‘important’ and ‘lyric-worthy’ has changed. Transcendence and the cosmological rags-to-riches origin myth, the foundational narrative stones of hip-hop, have evolved to encompass braggadocio that includes flexing and stunting.

That’s what $ain’t does here for the most part, but what makes his words come alive is the irreducible fact that his message is aspirational. This is a well-produced banger that’s actually a chest-thump of self-affirmation. You believe that he believes it – and that shows that he’s already succeeding. – Indran P

A former mentee of both Charlie Lim and Inch Chua, Nigel Cheah holds his own with his latest single, ‘Nausea'. Launching his solo career just last year, Nigel may be new to the local music scene, but, his unique way of blending sounds makes him stand apart from other singer-songwriters. The track is influenced by folk music and electronic soundscapes, which turn any space into a comfortable and dreamy haven.

‘Nausea’ deals with unrequited feelings and chronicles the search for understanding when someone has fallen too deep. The drum beats and synth-pop-laced melodies give the track a shoegaze feel that makes the listener want to submerge themselves in the enveloping sounds. Nigel invokes painful memories of the times when he was hoping that the other party felt the same way he did, but was proven wrong in the end. Though unstated in the song, the result of this experience is an ice-cream party for one, spent snuggling under blankets while playing this song on repeat.

Nigel is set to release his debut EP next year. It’s no doubt that the upcoming tracks will be ones to look out for. – Michelle Arteche

The indie rock quartet prides itself on creating songs with deep emotional scars that trigger one into self-reflection.

'Jericho' is the latest single to benefit from the band's deeply emotive compositional style. The song references the historic city in the Palestinian territories, where throughout history, many have perished. Speaking to the 405, Newton Circus stated that it took the opportunity to take a look into the human spirit, to metaphorically drop it into an arid desert existence, where even a single drop of water is precious.

But there is tangible beauty here. Apart from the endearing vocals, the added splendor of the track is owed to the harmonisation of the the cautious but strong drum beats, and the playful guitar strokes heard throughout the track. The main highlight is the guitar riff towards the end of the song, which adds a soulful and emotional dimension to it. With 'Jericho' in mind, the band should be commended for attempting to alleviate the pain of the forlorn. – Michelle Arteche