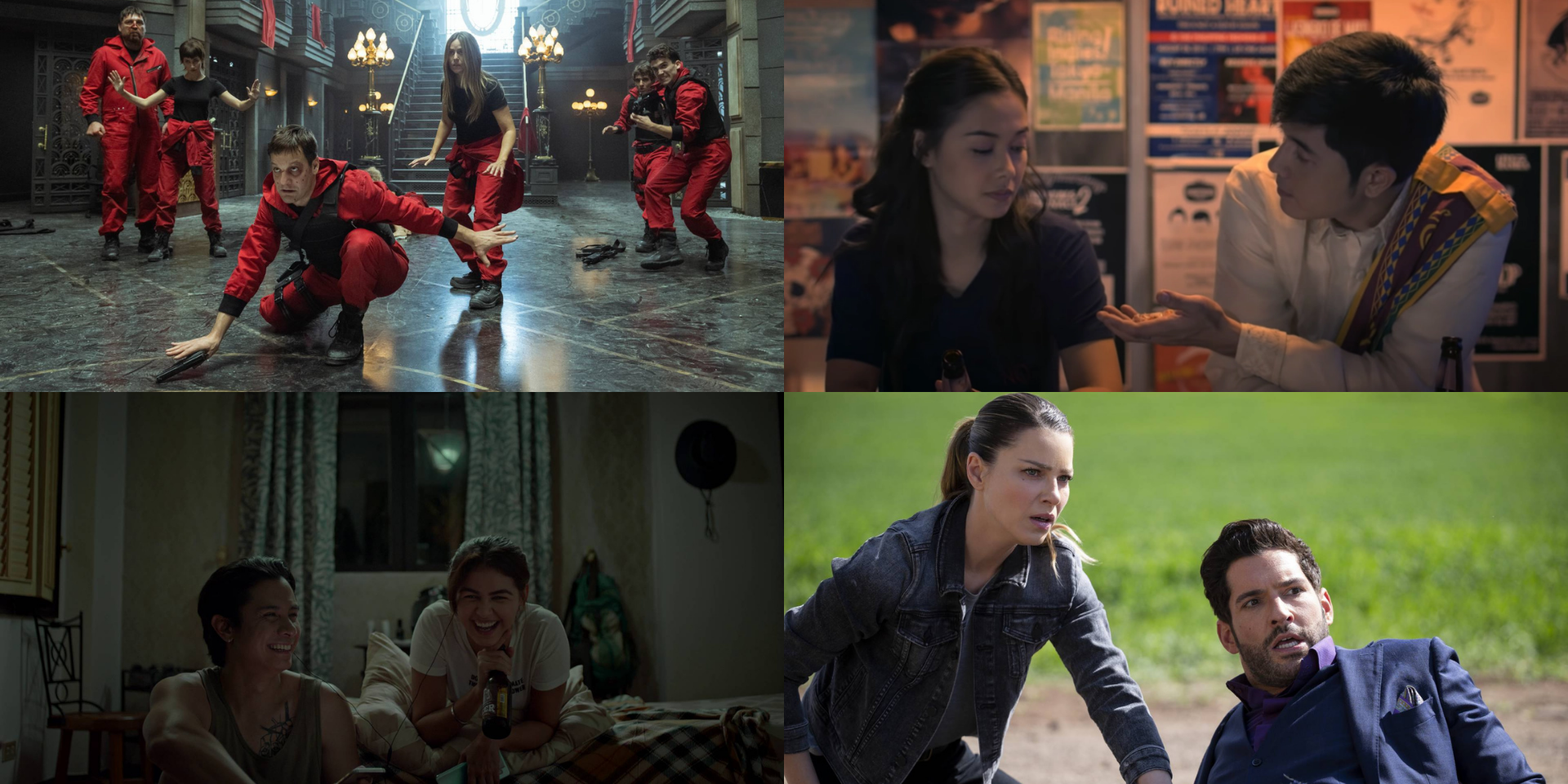 Another month, another round of great movies and TV shows on Netflix.

This September comes a wave of new films, highly anticipated seasons of popular series, and hit movies making their return to the digital screen. The list is full of notable titles like the 2017 rom-com I'm Drunk, I Love You, and recently released film Dito At Doon, and series such as Money Heist, Lucifer, Sex Education, and Into The Night.

We also have a wide selection of Netflix Originals to choose from this month, including Squid Game, Bangkok Breaking, and Midnight Mass. Check out the top titles hitting Netflix this September!

After the enthralling season of twists, turns, and heartwrenching deaths, the hit Spanish series is back for its 5th run. Money Heist, which made its Netflix debut in 2017, follows the story of a criminal mastermind and his team and their attempt at pulling off the biggest heist in history.

I'm Drunk, I Love You

Initially released in 2017, I'm Drunk, I Love You continues to be a sought-out hit over four years later. The Filipino rom-com follows best friends, Carson and Dio as they embark on one last road trip ahead of their college graduation and settle their true feelings for one another.

The highly anticipated last season of the American mystery series is premiering on Netflix this month. Lucifer tells the story of the original fallen angel, Lucifer and his time on Earth after abandoning his life in Hell. Across 6 seasons, we follow Lucifer and his adventures in Los Angeles filled with supernatural beings, crime-solving, and an unexpected relationship.

Would you risk your life for KRW 45.6 billion? Well, 456 people would. Netflix's newest original series, Squid Game is a Korean thriller about a group of people playing a mysterious survival game for a chance at a grand cash prize.

An aptly made movie for these peculiar times, Dito At Doon follows the story of a political science major and part-time delivery driver, in the midst of community quarantine orders, engage in an online quarrel turned right. The movie initially made its local online release last March and subsequently, its global release in May through TBA Play.

The 2nd season of Into The Night is finally making its way to our screens, Thrilling and stress-inducing, the Belgian apocalyptic drama series tells the story of a group of passengers who become some of the world's only survivors after a deadly worldwide phenomenon from sun exposure. In a plane and with a group of strangers, the group attempt to survive the best that they can.

Afterlife Of The Party

This supernatural comedy takes dancing like there's no tomorrow to a whole another level. Afterlife Of The Party follows the story of Cassie who lives to party until a freak accident that leaves her slowly dying. In an attempt to get a seat at the VIP section in the sky, Cassie returns to Earth to reconnect with loved ones and make things right.

Check out everything that's coming to Netflix Philippines this September here.